ST. GEORGE — Tier 2 Media and Redwolf Media announce the St. George, Utah showing of The Jets: Making It Real, a new feature-length documentary covering the life and times of the Wolfgramm Family who make up, namely the oldest 7 members, the 1980’s pop sensation The Jets. The film will be showing on August 26 as part of Red Rock Film Festival’s Utah Film Market in St. George, Utah. 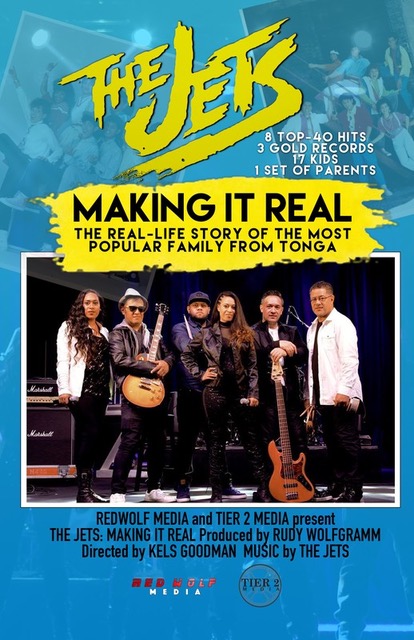 The Jets jumped on the charts in 1985 with their first hit “Curiosity” but became a long-term act after their second hit “Crush On You.” Since then, the Tongan-based family band amassed 8 top-40 hits and 3 gold records throughout the 1980’s.

After 6 strong years of recording and touring, the band were no longer represented by MCA Records and they strived for an independent route, which eventually separated the band into other ventures.

The three oldest brothers, LeRoy, Haini and Rudy remained active in music, switching with other family members over the years, until recently when they started a residency show in Las Vegas known as The Jets 80s and 90s Experience.

The documentary is produced by Rudy Wolfgramm and Kels Goodman and screens Thursday, August 26 at 8:15 pm at the Dixie Convention Center in St. George. Admission is $15 at the door or $10 if purchased online at utahfilmmarket.eventive.org. 1, 2, 3 and 4 Day passes as well as 7-ticket package are also available.

'The 5 Browns: Digging Through the Darkness' documentary to play at Red Rock Film Festival