A car is shown with a broken windshield after colliding with a bicyclist, Aug. 9, 2022, Ivins, Utah | Photo by Jessi Bang, St. George News

IVINS —A teenager was struck by a vehicle early Tuesday morning, in what appears to be a crash that resulted from a lack of lighting, amongst other factors, police said.

Santa Clara/Ivins Police Sgt. Reed Briggs told St. George News the incident happened at 200 East and Desert Rose just before 6:30 a.m. as the sun started to rise. The vehicle and bicyclist were both traveling on 200 East with the bicyclist on the wrong side of the road, he said, adding that it was still fairly dark outside and the bicycle had no lights.

“When she (the driver of the car) was driving in the same direction she did not see them and was turning onto Desert Rose, and that’s where the collision happened,” Briggs said, later clarifying that the driver was turning right to go north at the time of the collision.

Briggs said the bicyclist went up over the hood of the car and hit the windshield, cracking the glass across the driver’s side. The parents of the 14-year-old cyclist were notified and declined medical transport.

No citations were issued.

“The reason being (is) when you’re on a bike you’re supposed to move with traffic and obey the laws of the road, going with the flow of traffic,” he said. “When it’s dark out, you’re supposed to have lights, so there were three things going against the cyclist as far as safety concerns – on the sidewalk, no lights, and wrong direction.”

Briggs said the driver did not see the bicyclist when the incident happened and was visibly upset at the scene. The crash did not result in broken bones or major lacerations, but Briggs said he expects the cyclist will be sore and bruised.

Ed. note: Santa Clara-Ivins Police Department contacted St. George News to clarify that the driver of the vehicle was making a right turn to go north at the time of the crash. 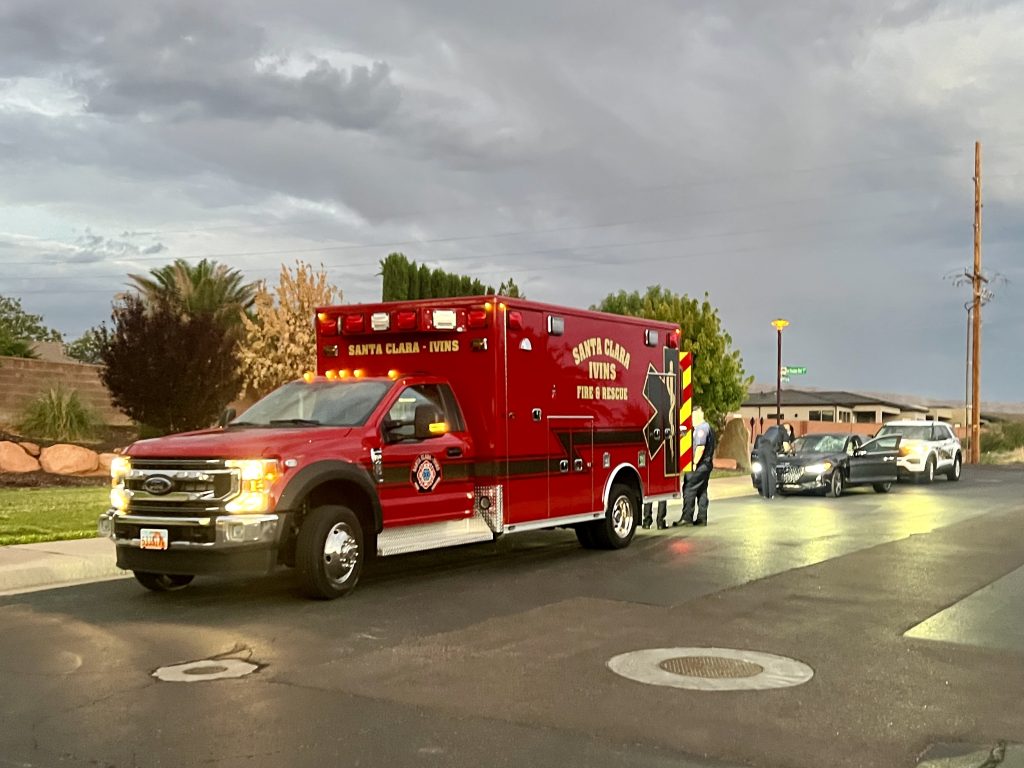 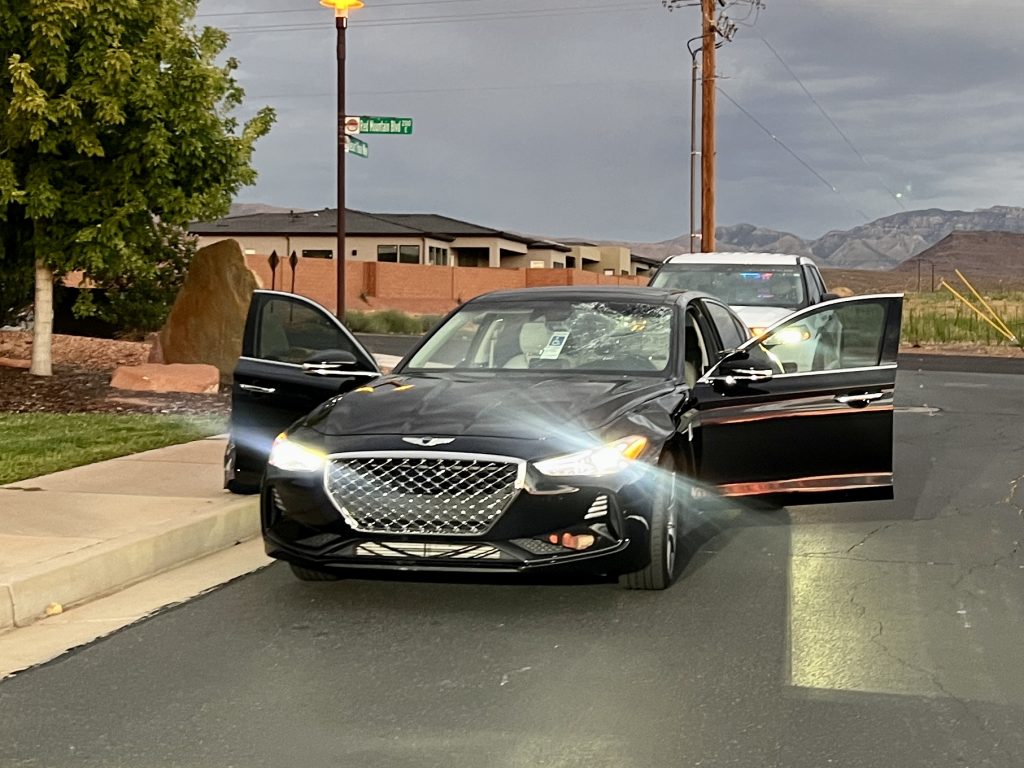 A car is shown with a broken windshield after colliding with a bicyclist, Aug. 9, 2022, Ivins, Utah | Photo by St. George News 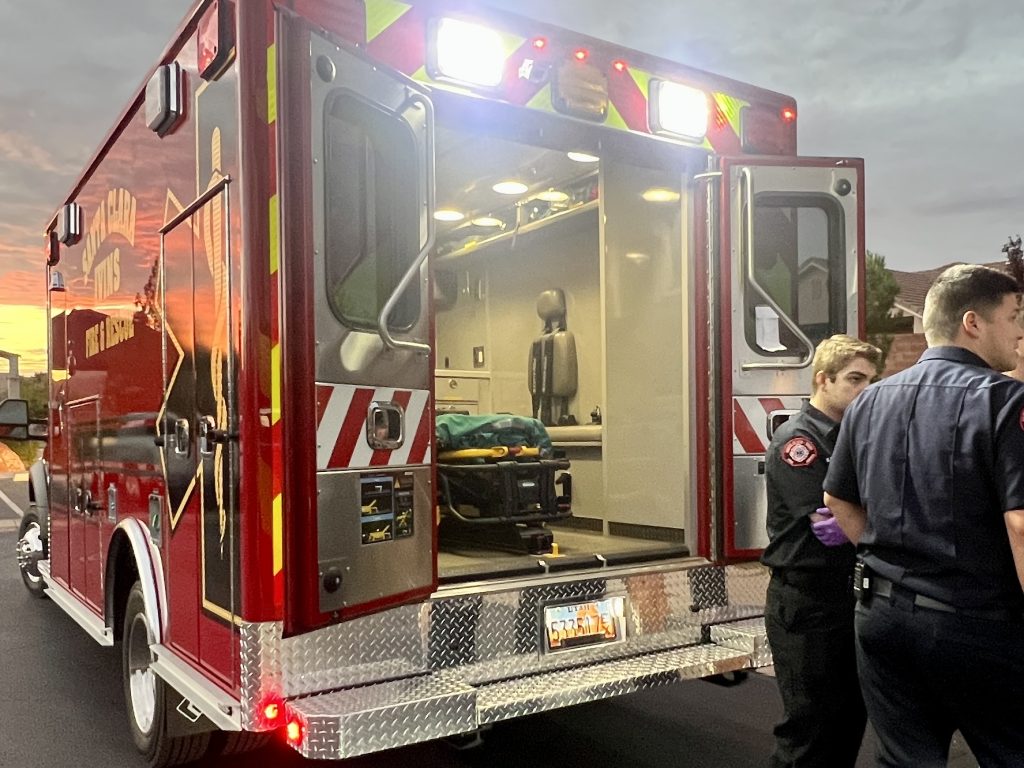 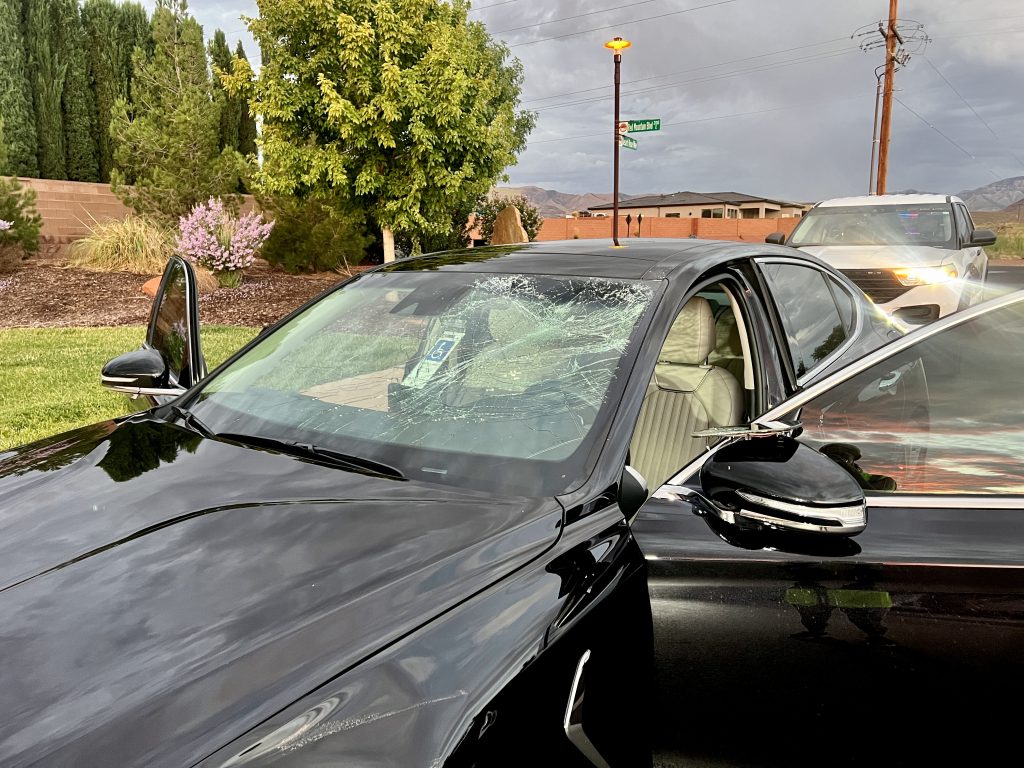 A car is shown with a broken windshield after colliding with a bicyclist, August 9, 2022, Ivins, Utah | Photo by St. George News

Jessi Bang was born and raised in Utah and has a passion for nature and the great outdoors. She graduated from Kaplan University in California with a degree in criminal justice. She has extensive experience in marketing, content creation, photography and copywriting. You can find her showcasing outdoor adventures through her blog, “The Rambling Raccoon.” In her free time, she enjoys climbing mountains, trail running, working out and cuddling her two lovable pups.

Here & there: Lessons from summer