ST. GEORGE — Legends of abandoned gold mines, hidden caches of Spanish silver and lost cities of ancient civilizations have long captivated residents of the American West, once drawing thousands of treasure hunters from near and far to explore remote canyons, caves and cliffs.

Now, everyday Utahns keep the tradition alive by imitation through annual events like the Summit Rock Hunt or the Utah Treasure Hunt. But a team of local treasure hunters want to put the old legends to the test: and they’re starting in Southern Utah.

Timothy Draper, founder of Treasures in America, is a Utah native with decades of personal and professional treasure hunting experience. Along with a team of close friends and specialists, Draper has started production on “Uncharted Expedition:” a web series aimed at investigating stories of lost riches through historical research and real-world exploration.

“We put all our talents together and said, ‘Let’s show our story,’” Draper said. “We wanted to show real treasure hunting. Every episode will focus on a different location with a different treasure or legend. People are going to see that there’s Spanish stuff here, Native American things, Chinese things and even possibly ancient Egyptian stuff in this area.”

It may sound far-fetched, but Draper readily admits that he hopes to challenge the established narrative – or at least fill in missing gaps in the historical record.

While the legends explored through the course of the first season will be a mix of the familiar and obscure, the show’s overarching goal is twofold: to make new discoveries and to maintain authenticity without misrepresenting the team’s process or finds.

Shaun Fotheringham, who serves as lead climber and safety specialist, said he also hopes the series will inform local residents about regional history and get people excited to do their own research.

“A lot of folks don’t know that the Spanish Trail ran right through our backyard,” he said. “They built Old Highway 91 right on top of it.”

There are a lot of stories of Native American tribes clashing with the Spaniards as they came through, Fotheringham said, adding that either the Spanish had enough time to squirrel their treasure away or Native Americans grabbed it and tossed it in a cave somewhere.

“There’s a lot of stories to that effect around this area, so it’s really exciting for us to dive into it,” he said.

In addition to Draper and Fotheringham, the show draws on the expertise and talents of Todd Anderson, miner and prospector; Chuch Zitting, head videographer; Marc Hoover, detectorist and diver; Antonio Mendez, digger and interpreter; and Josh Blodgett, production manager.

The relatively large cast is a departure from the standard mold of similar reality-television shows, Draper said, and runs counter to the secretive and possessive habits of many real-life hobbyists.

“If you reach out to treasure hunters anywhere in the United States, they will tell you, ‘I work by myself and I like it – that way when I find the treasure it’s all mine,’” he said. “I think power comes in numbers. There’s no way I could ever be an expert in every aspect that we do out there.”

While several team members had years of prior experience as hobbyists, others were given their first introduction to the lifestyle through participation in the show.

Zitting, who brought his talents for photography and film to the show’s production, got a crash course in becoming a real-life Indiana Jones while trying to record everyone else in the process.

“Before, I would probably pass most things by and wouldn’t even know what they were,” Zitting said. “With these guys, I can now recognize things like, ‘Yeah that’s Spanish, that’s part of this or that …’ It’s just really fun to know the history of it all.”

So, what happens if a team member makes a discovery in the show? As a general rule, it’s crucial to know what laws govern the recovery of items of historical significance before any attempt is made to claim or move them.

For the cast and crew of “Uncharted Expedition” that means careful planning and securing permission from whoever’s in charge of each location they visit.

“We have worked with museums and historical societies in the past, and we’ll work with them in the future,” Anderson said. “The law depends on where you find something: if it’s on private land you work it out with the landowner. Public land can get a little dicey, but you have to work within the system.”

According to the Bureau of Land Management, most artifacts and items more than 100 years old are off-limits to private collectors. If a visitor finds something of archaeological significance, they should notify the authorities and leave it where it was found.

Draper, Fotheringham and the rest of the team are keeping the lid on any discoveries made so far after filming the first six episodes. Production began in February 2022 and will continue throughout the summer and fall, with the first season predominantly featuring Utah locations and a goal to expand outside the state in subsequent seasons.

“Uncharted Expedition” will premiere on Nov. 25 with new episodes to be released weekly on Amazon Prime Video, iTunes and YouTube. People interested in learning more or following the progress of the new show through its ongoing production can follow the show’s Facebook page.

Whatever clues or riches are revealed week to week, the people behind the new show are excited to share their finds and make their contribution to the long tradition of American treasure hunting.

“We don’t want to take anything away from anybody – we want to add something,” Draper said. “If we make a big discovery and just disappear, then we lose our show and we lose credibility. We’re planning on sharing our discoveries with the public and sharing that lost history, which in some ways, I think, is much more important than gold, silver or artifacts.” 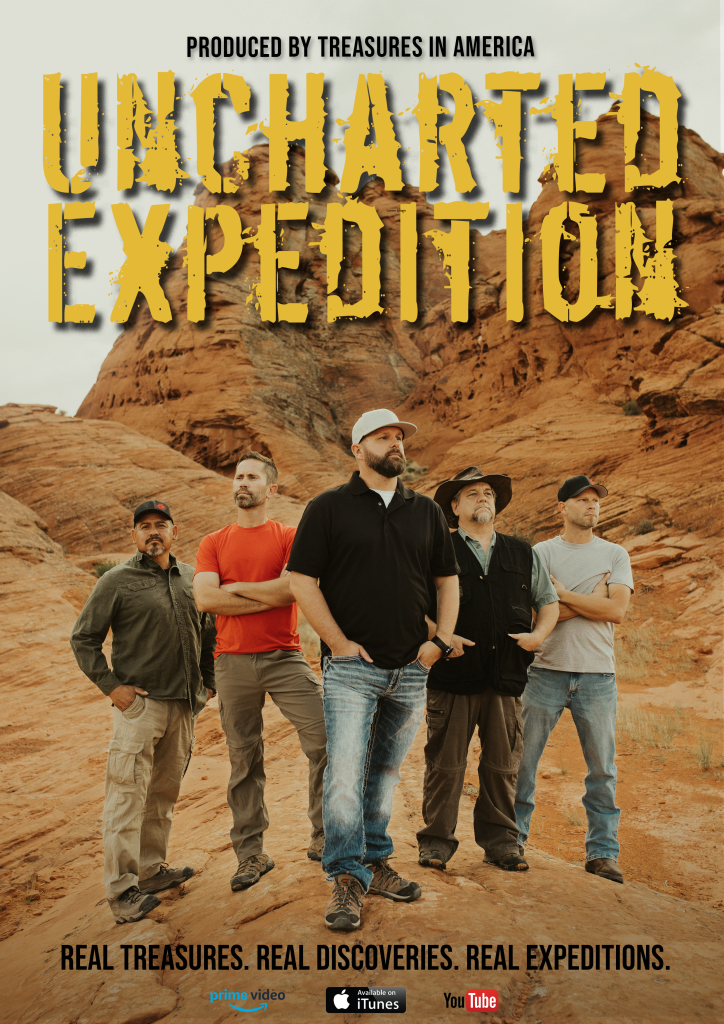 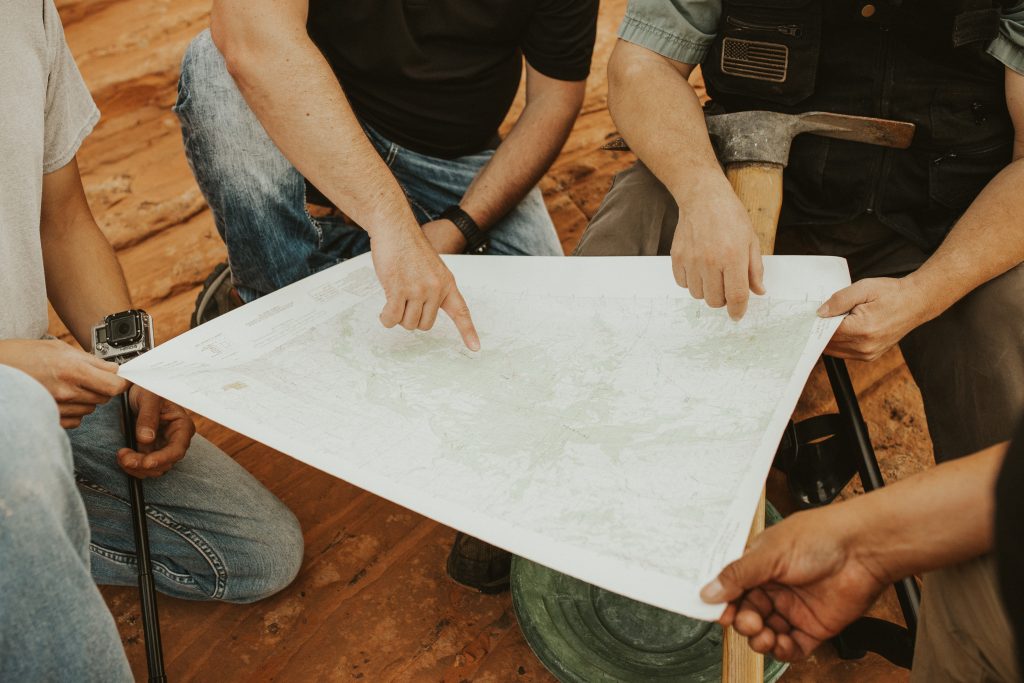 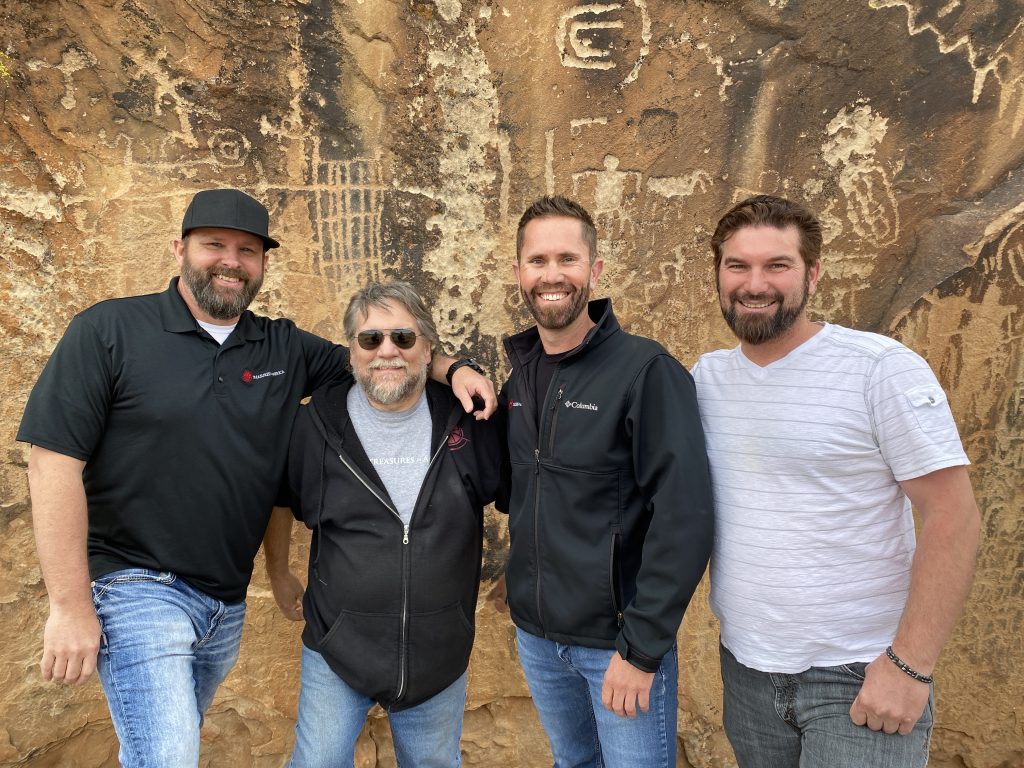 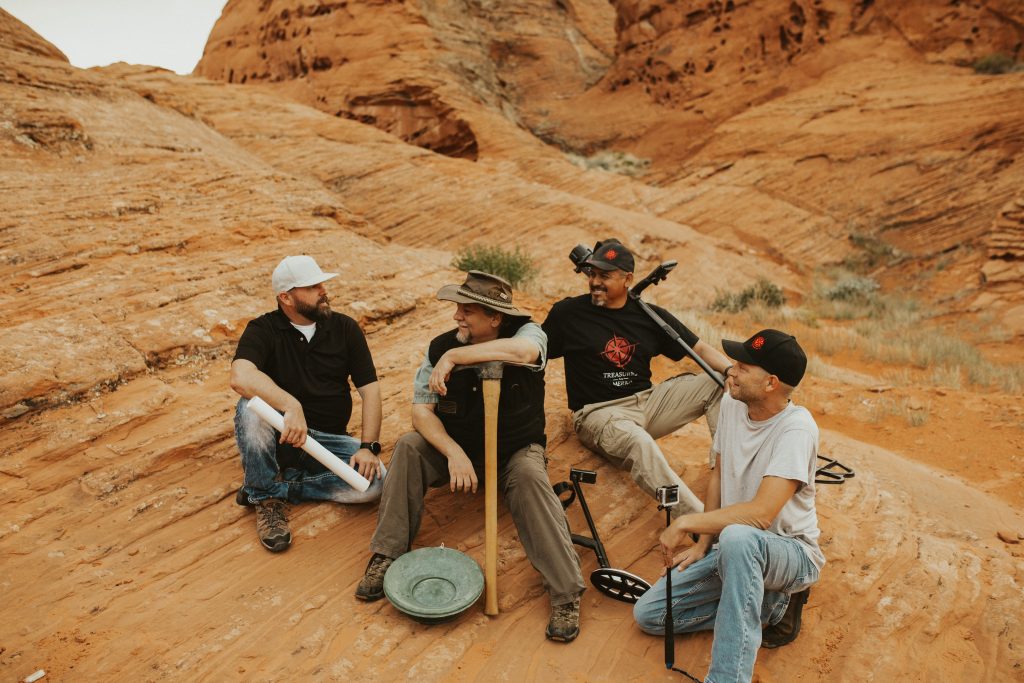 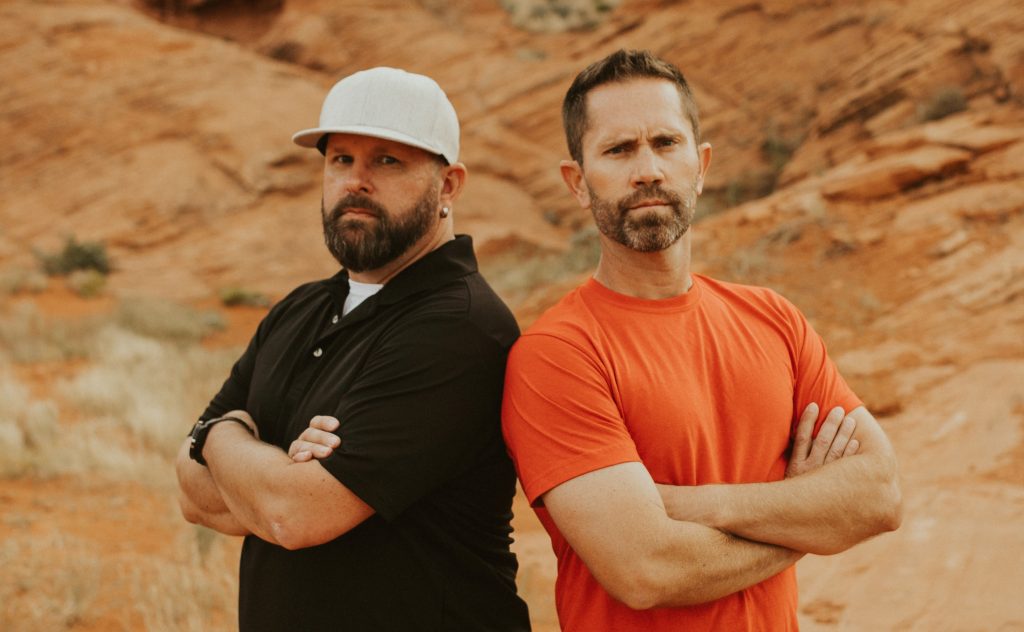 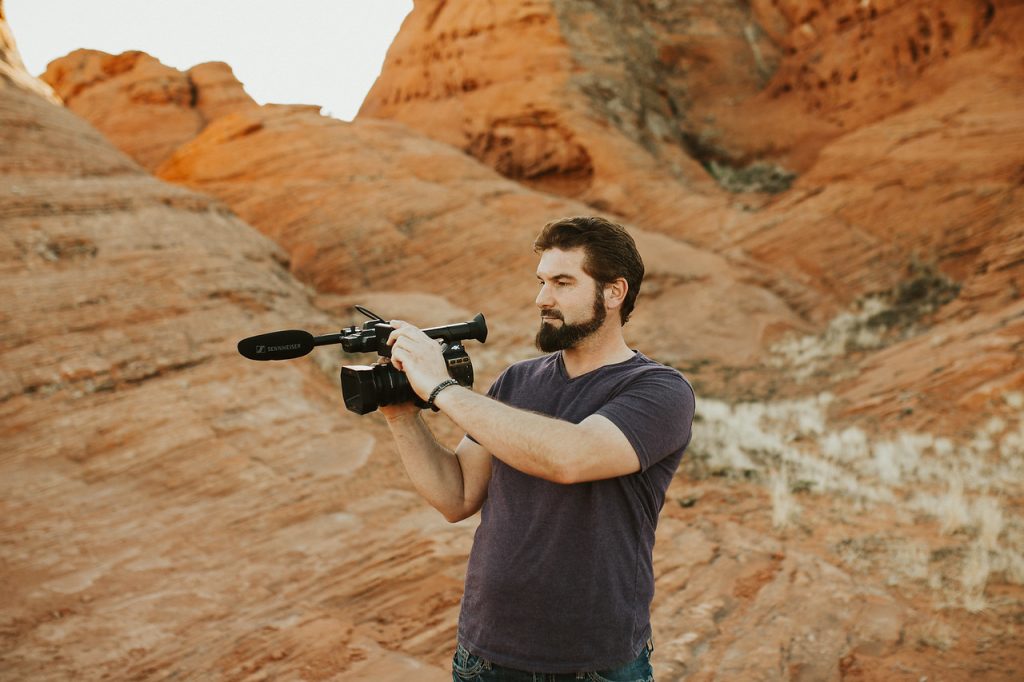 Chuch Zitting, head videographer, said he has developed a passion for treasure hunting since he was brought in to lend his video skills to the new show, Washington County, Utah, Sept. 18, 2021 | Photo courtesy of Uncharted Expedition, St. George News

Considering Utah voices in a new state flag design: thousands of submissions being narrowed down