ST. GEORGE — One person was transported to the hospital Sunday evening after he failed to stop when exiting Interstate 15 at Brigham Road and hit a vehicle waiting at the roundabout, which in turn hit the car in front of it.

Utah Highway Patrol Trooper Chris Lewis told St. George News that at about 8:15 p.m., an elderly man driving a gray Hyundai Sonata exited I-15 northbound and rear-ended a blue Chevrolet Camaro at the end of the off-ramp, causing it to crash into the back of a white Toyota Camry.

“Somebody mentioned it could have possibly been a medical issue, and witnesses said he didn’t really slow down that much,” Lewis said. “He may have still been going 40-50 miles per hour,” Lewis said.

In the aftermath of the collision, the man driving the Sonata was assessed for injuries by paramedics with Gold Cross Ambulance and ultimately transported to St. George Regional Hospital.

“I’m not sure what his injuries were, and there’s another officer that’s there [at the hospital] talking with him,” Lewis said. “He’s conscious, alert and talking, so I would imagine the transport was more precautionary.”

The driver of the Sonata was alone in his vehicle at the time of the crash. There was one adult in the Camaro and two adults and two children in the Camry.

None of the other vehicle occupants reported injuries, police said, adding that everyone in both the Camry and Camaro were wearing their seat belts at the time of the crash.

Lewis said he could not disclose whether any citations would be given or charges made until the investigation was complete.

The northbound exit was backed up temporarily as paramedics treated and transported the Sonata’s driver.

Both the Sonata and the Camaro sustained heavy damage. The Camry sustained moderate damage to the driver’s side of its rear bumper. All three cars were towed from the scene. 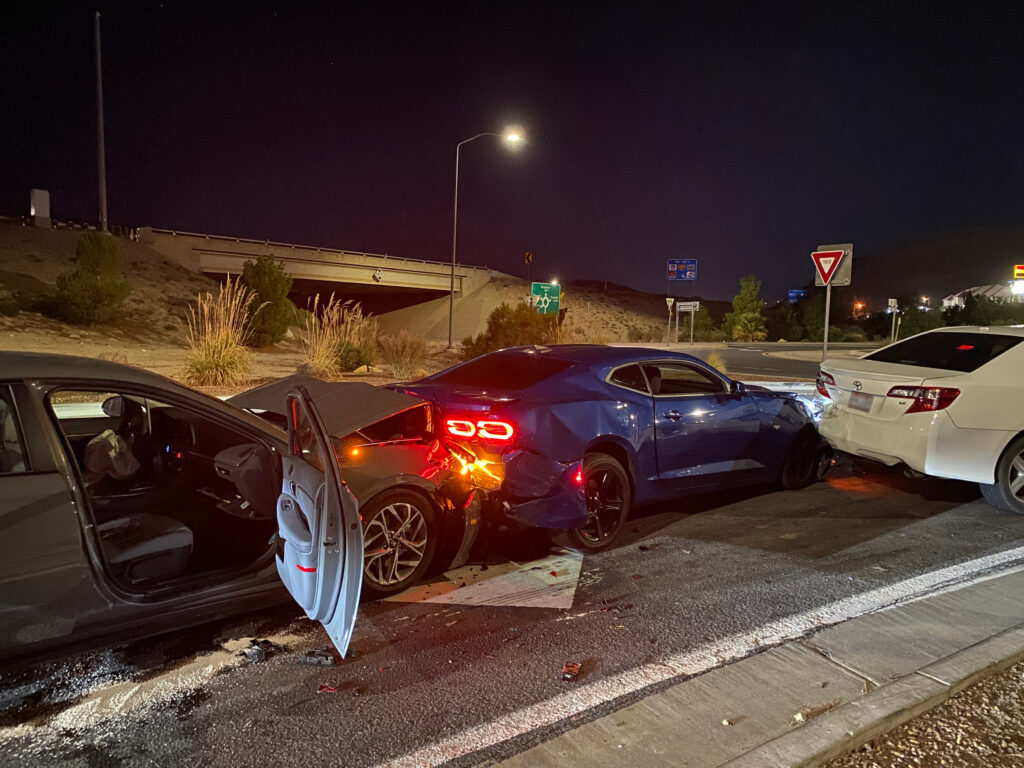 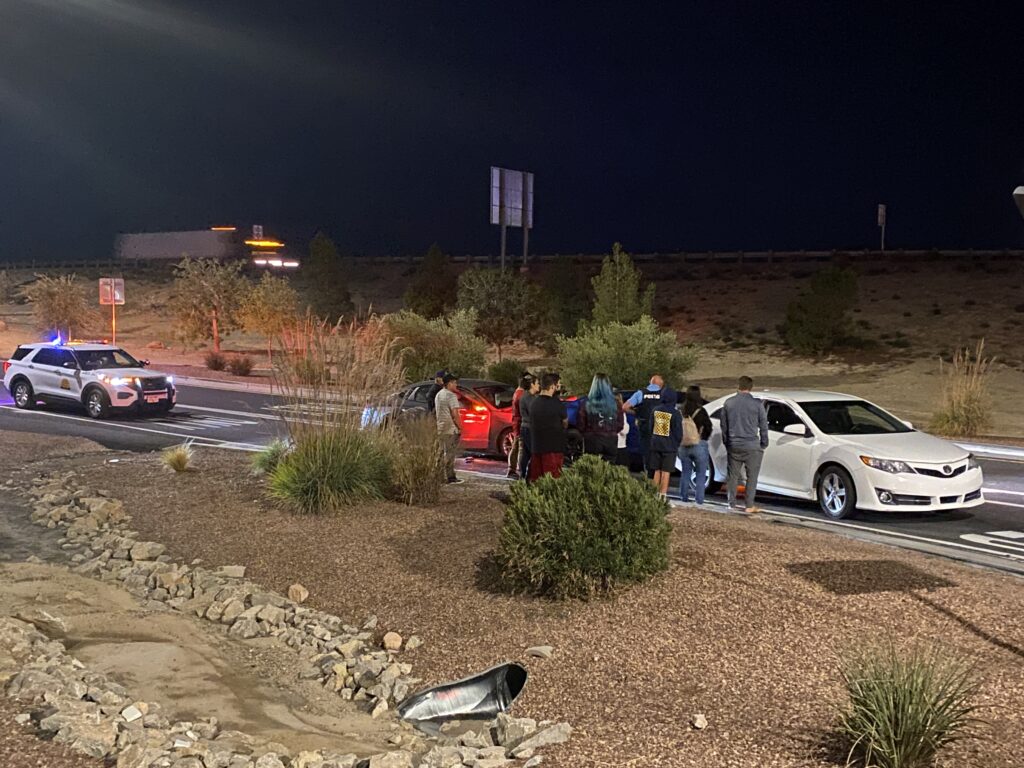 Vehicle occupants and witnesses gathered at the scene of the accident to give their statements to police and to wait for tow trucks, St. George, Utah, Oct. 17, 2021 | Photo by Ammon Teare, St. George News 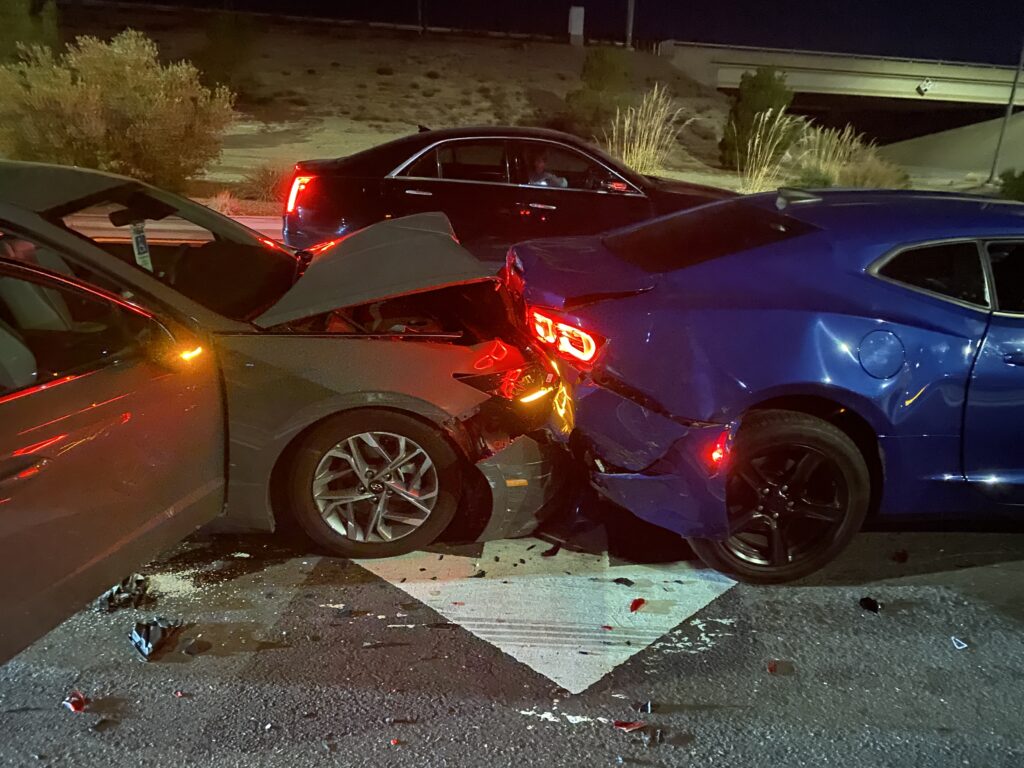 According to police, the grey Hyundai Sonata struck the back of the blue Chevrolet Camaro at around 40-50 miles per hour, St. George, Utah, Oct. 17, 2021 | Photo by Ammon Teare, St. George News