Authorities were alerted to the incident around 6:25 p.m. on the corner of Little Valley Drive and Valley Springs Drive involving a crumpled Toyota Forerunner SUV with heavy front-end damage.

The SUV was partially up on the sidewalk, while the rest of it blocked the southeast-bound lane of Little Valley Drive, St. George Police Officer Tiffany Mitchell said.

Officers at the scene reported that the Forerunner’s driver, a 16-year-old boy, had turned onto Little Valley Drive and began to go off the side of the road. This caused the driver to overcorrect when turning back onto the road, resulting in the truck crashing into large rocks at the base of a brick wall along the sidewalk.

Both the driver and a passenger, also 16 years old, were injured in the crash, Mitchell said.

The driver experienced a lower-leg injury while the passenger possibly suffered a broken collar bone. Both were taken to St. George Regional Hospital for care.

No citations were issued in connection with the crash, Mitchell said. 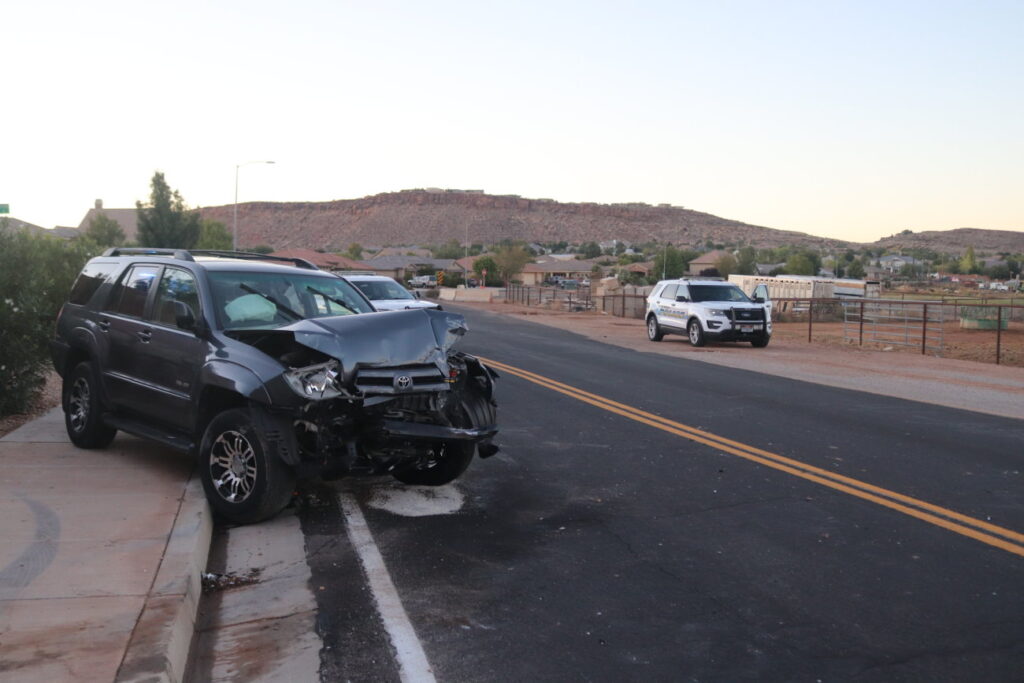 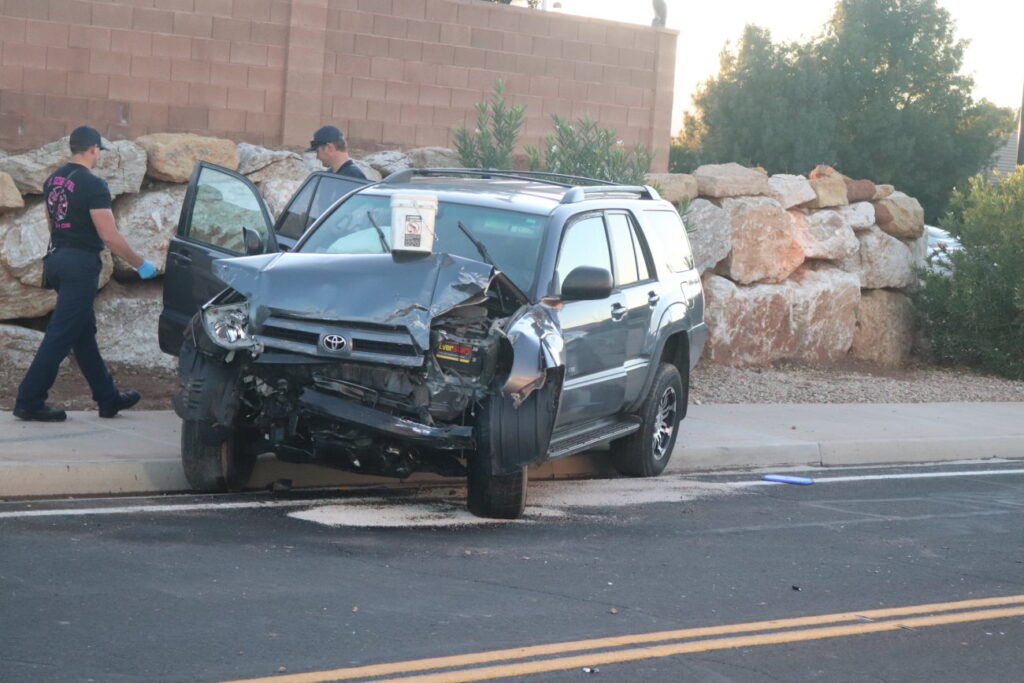 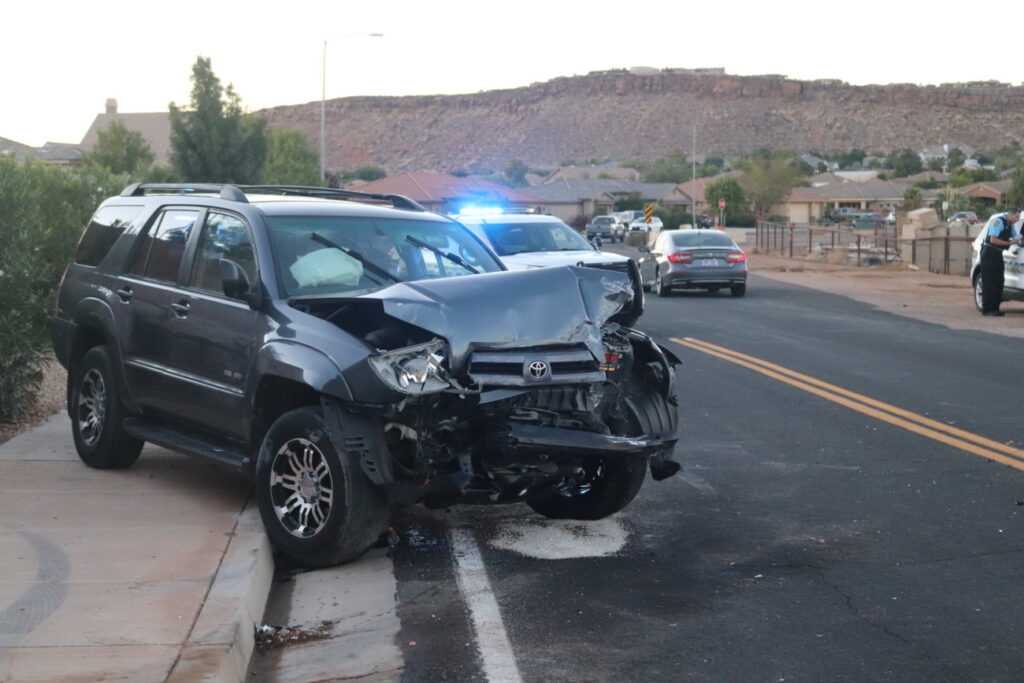