ST. GEORGE — An Assistant U.S. Attorney was presented the “Chief’s Award” from the St. George Police Department for the federal prosecutor’s efforts in two high-profile cases that landed several defendants in a number of federal prisons for a long time.

Assistant U.S. Attorney Jay Winward, a federal prosecutor in the St. George office, was presented the award from St. George Police Chief Kyle Whitehead. The distinguished award recognizes extraordinary efforts and participation that goes above and beyond the call of duty, and while there are a number of awards the department presents to civilians and law enforcement, this particular commendation is not issued annually or routinely, but is presented solely under the chief’s discretion.

The award was presented in recognition of Winward’s exemplary work ethic and willingness to provide his expertise, reputation and experience, Whitehead said, adding those efforts have led to the effective resolution of two of the department’s cases that were wrought with difficult witnesses, vast amounts of evidence, and criminal activity that stretched across Utah and beyond.

Whitehead also said the U.S. Attorney’s Office in St. George as a whole has been instrumental in bringing justice on many serious crimes, a fact that cannot be overstated, he said.

“It is an honor for a member of our office to receive the Chief’s Award from the St. George Police Department,” Martinez said in an email, adding their office is extremely proud of the accomplishments of their Assistant United States Attorneys in St. George.

Martinez went on to say the award is a shining example of the partnerships that exist between federal prosecutors and local law enforcement in Southern Utah, and the good that can be accomplished by working together on behalf of victims throughout the state.

It was St. George Police Lt. Rich Triplett who nominated Winward to be considered for the award following two cases that were  significantly impacted by Winward’s efforts, a contribution that was instrumental in the favorable resolution of both cases – as well as the long prison sentences that followed.

“When Lt. Triplett brought these two cases to my attention, I thought the work involved was really outstanding and worthy of the award,” Whitehead said.

The first case Winward was involved in was filed following the shooting death of Skyler Armstrong that was reported on Aug. 15, 2019 and resulted in the arrest and conviction of Nicanor Vasquez-Mendoza, who admittedly shot the teen in the bedroom of the suspect’s home on 2700 East in St. George.

“Jay’s contribution to this case helped in uncovering key evidence, and he went above and beyond to help during the investigation, ” Whitehead said.

The federal charges, one count each of possession of methamphetamine with intent to distribute and possession of a firearm in furtherance of a drug trafficking crime, were filed against Mendoza the following year, charges he pleaded guilty to under a stipulated agreement.

On March 10 Mendoza was sentenced to serve 20 years in federal prison.

Winward told St. George News the Mendoza case was a great case to begin with, thanks to the efforts of the detectives who worked tirelessly to bring the defendant to justice.

The second case filed in 2019 involved the theft of nearly two dozen firearms during a break-in at a C-A-L Ranch store in St. George, which became a complicated case since there were so many suspects and firearms that changed hands over and over.

“It grew a lot of legs and became intense pretty quickly,” Triplett said.

The U.S. Attorney’s Office became involved since the firearms were stolen and were part of interstate commerce, and when Winward stepped in, Triplett said, it was something he didn’t have to do, but he jumped in and assisted without hesitation.

Winward said he was honored to receive the award, adding it was more important to note the commendation is a direct reflection of the work that goes into many cases by all three of the federal prosecutors, including Day and Assistant U.S. Attorney Stephen Dent. In fact, he said, it is the combined efforts on the part of the police department and each of the prosecutors in St. George that has led to successful resolution in many cases.

Winward also said the award itself was “very impressive” he said, noting the fine detail and craftsmanship that went into creating the piece, which was a tribute to the police department’s attention to detail.

Whitehead said the police department is responsible for keeping the community safe, and he summarized the efforts on the part of Winward and all of the federal prosecutors working in the St. George office by saying the cases they are involved with are not those dealing with substance abuse issues or petty crimes, for example.

“These are the worst of the worst and pose a significant public safety risk to the community,” he said.

U.S. Attorney John Huber, who was the appointed United States Attorney at the time the cases were filed, was also present during the  award presentation held at the St. George branch, an office where Huber focused his efforts during his tenure.

Huber told St. George News in a prior interview that his goal as a U.S. Attorney was to ensure the St. George branch was adequately staffed to handle the rise in the number of federal cases moving through the courts. With the growth in population, he said, there was also a rise in the number of crimes committed, so his goal was to ensure each branch was staffed accordingly.

He also commended the efforts of all the federal prosecutors during the interview that took place just months before his resignation, and said the St. George branch was handling an ever-increasing number of cases, while maintaining the standards that promote a fair administration of federal law.

The collective effort between the two agencies appears to be paying off, as federal prosecutor Angela Reddish-Day told St. George News during the meeting.

Day said the effectiveness illustrated by the combined efforts between the state and federal agencies has had a dramatic effect on making a dent in criminal activity, as evidenced by the number of defendants arrested in the pipeline drug cases that are serving long prison sentences in federal facilities.

These collaborative efforts are so successful, she said, that those operating inside these criminal enterprises are sending a clear message to their counterparts in other states.

“Whatever you do – stay out of Utah. The feds will get you,” she said. 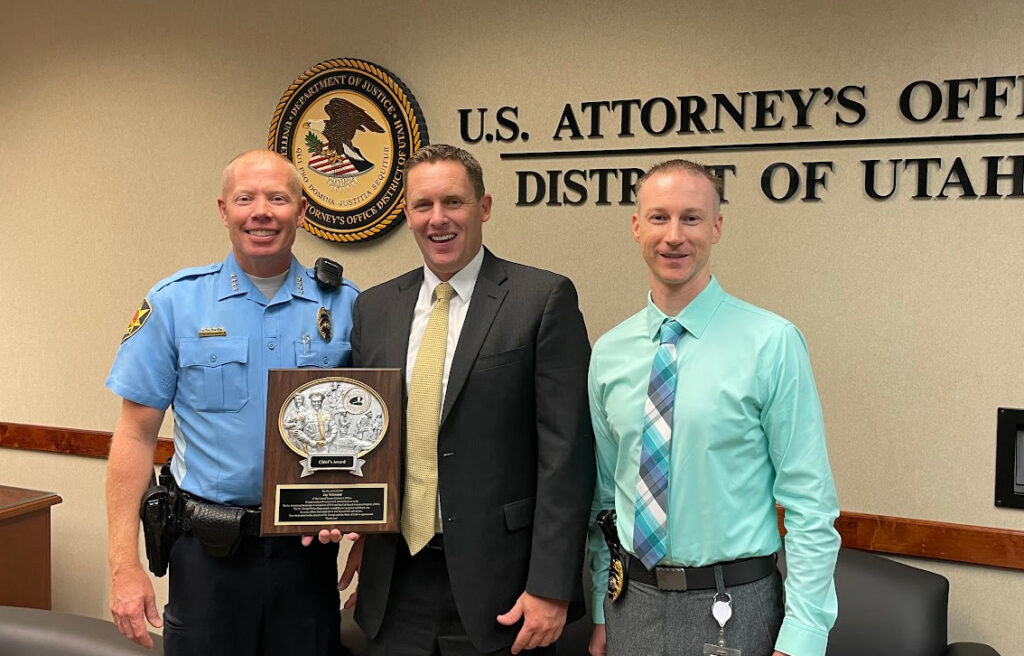 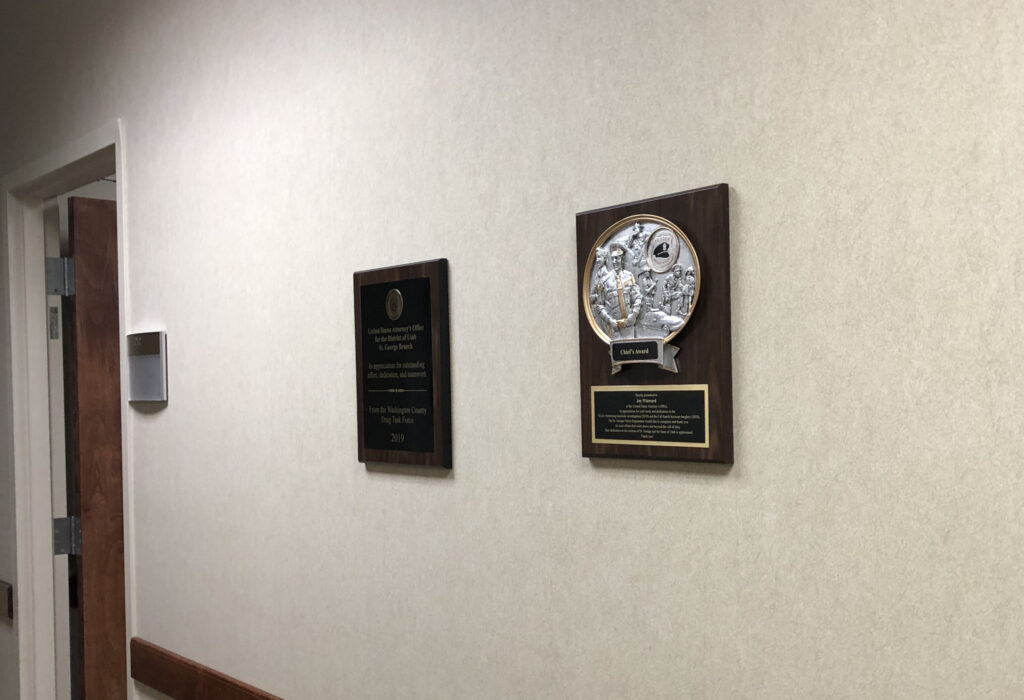 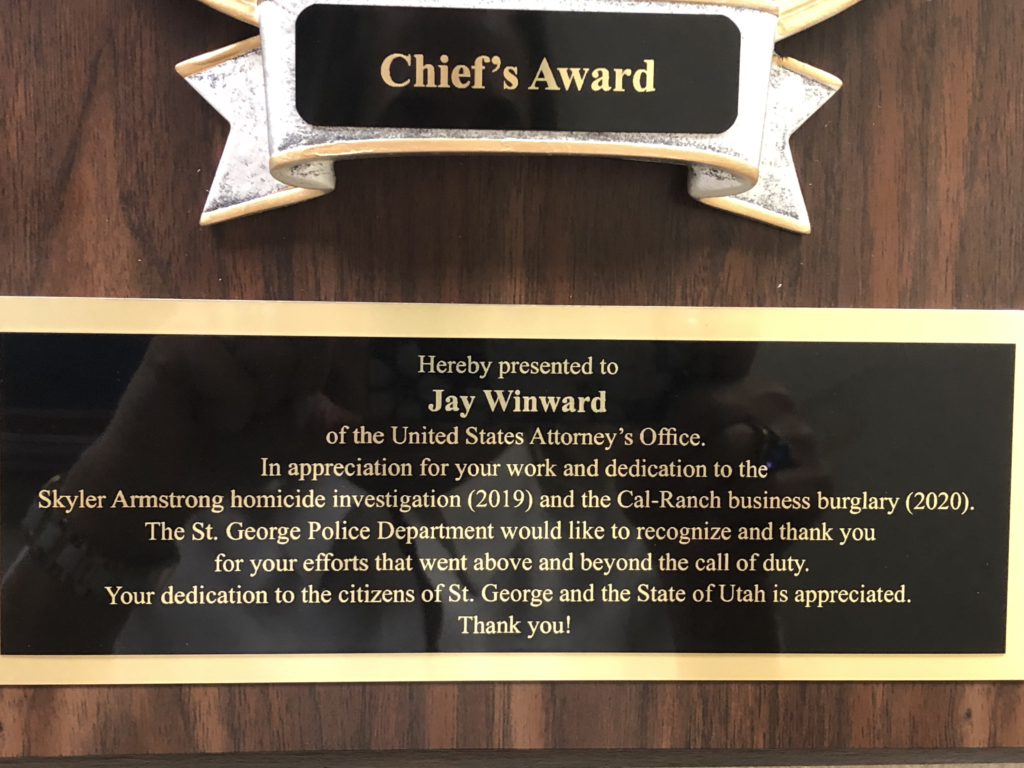 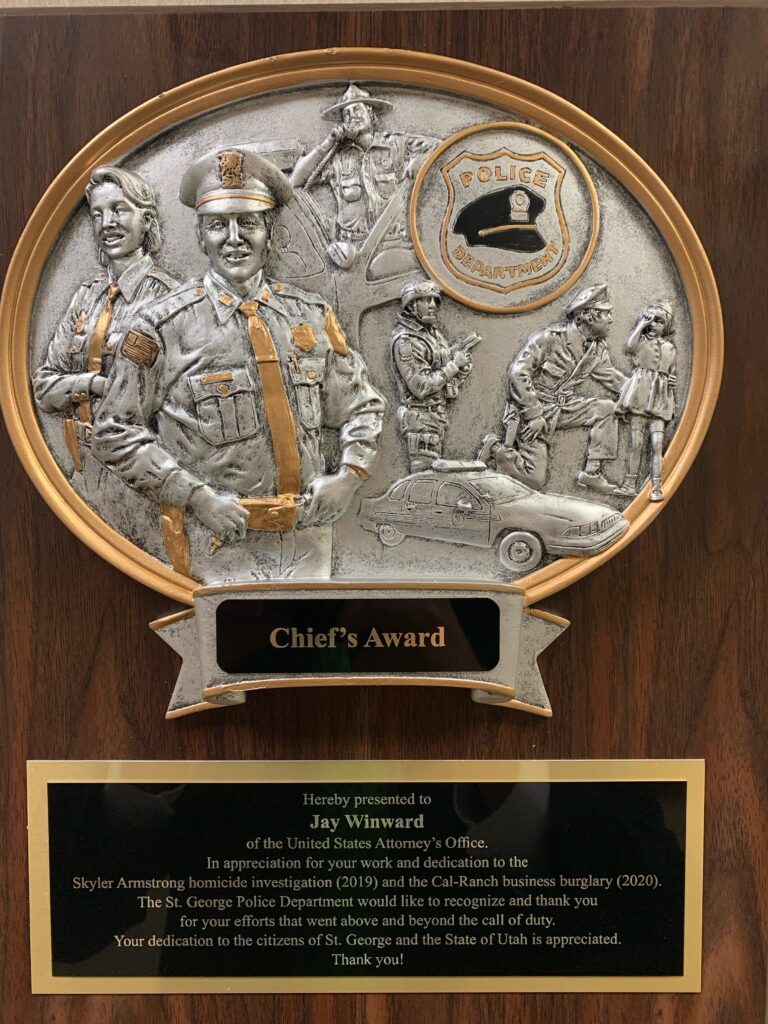 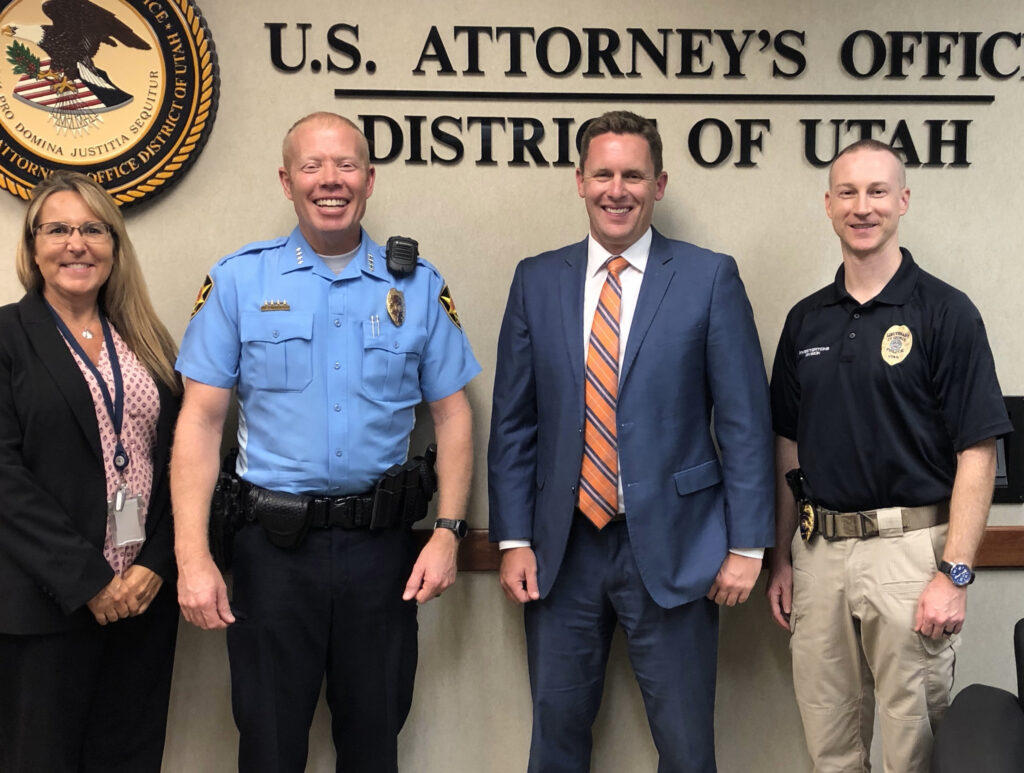 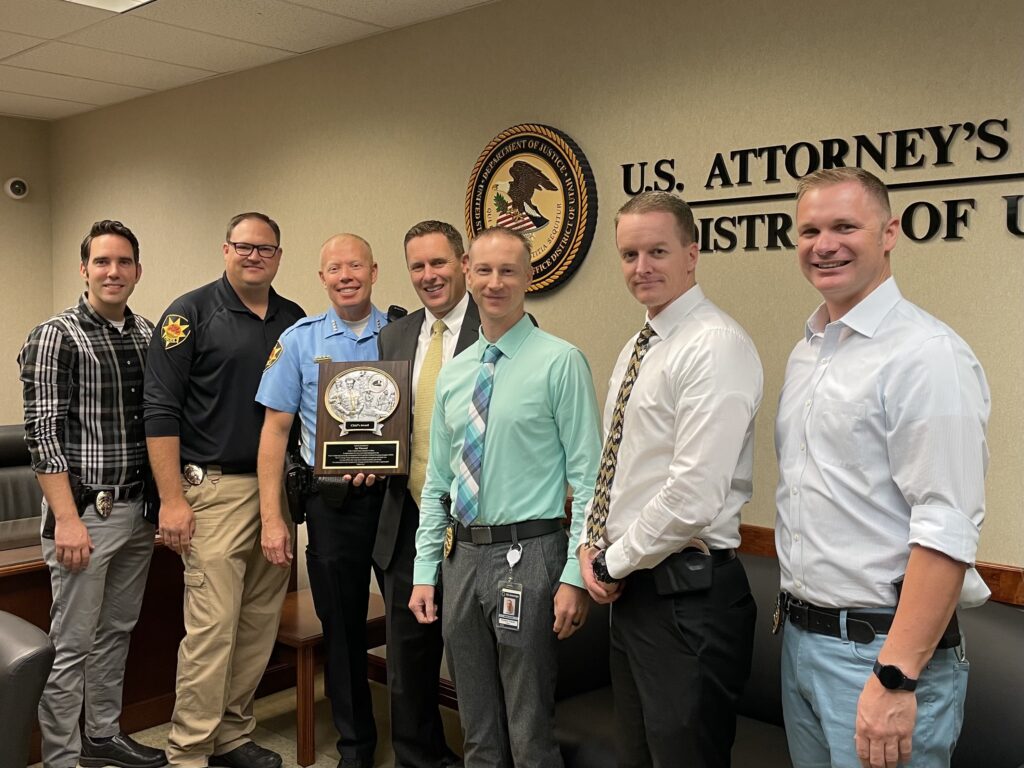 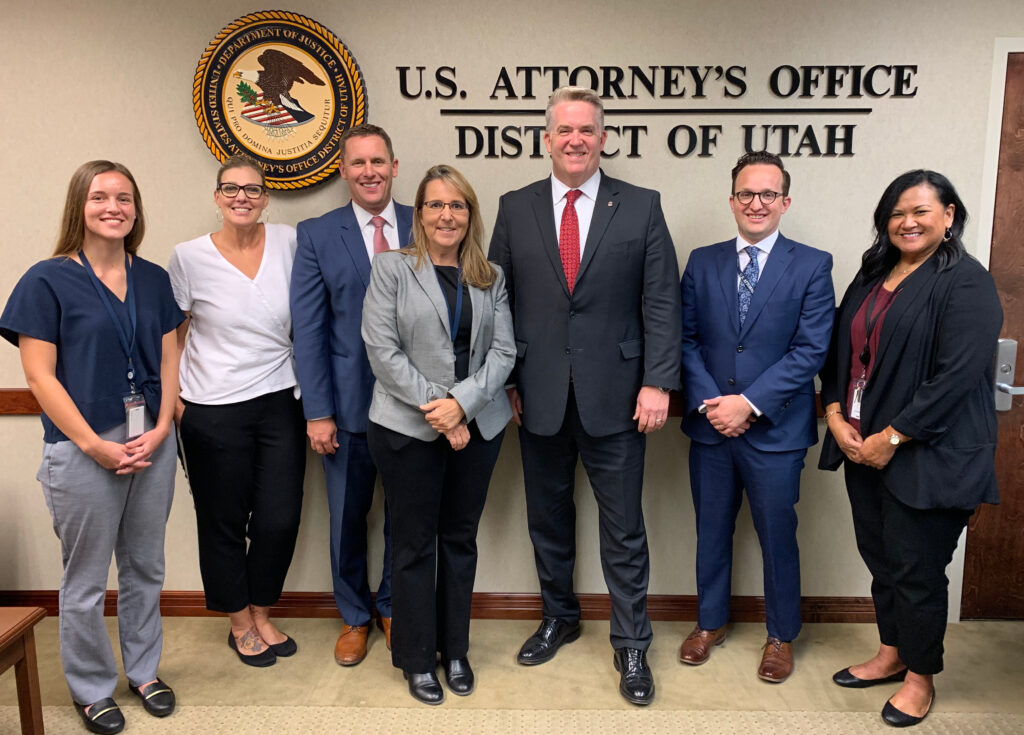