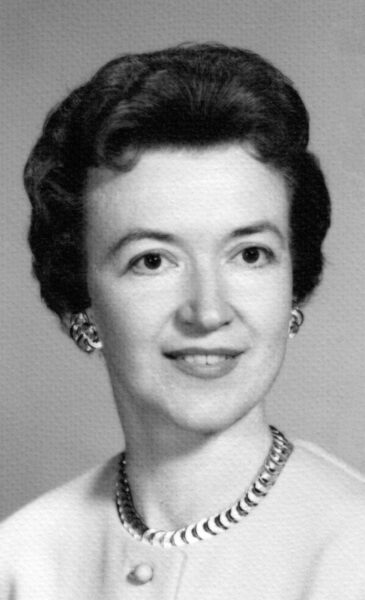 Anna grew up in Paragonah, Utah, the seventh of eight children. Through her growing-up years, she frequently helped her father Thomas Albert Robinson with many farm chores, such as bottle-feeding lambs, herding cows, and planting their vegetable garden, and she learned homemaking skills such as quilting and baking from her mother Hannah Jane nee Clove.

Anna was the first of her family to go to college and worked several jobs to save for her education. After attending Branch Agricultural College (which later became Southern Utah University), she graduated from Utah State University with a bachelor’s degree in zoology, and nearly a double major in physical education. She met her first husband, George Ganung, at Utah State, and they married on New Year’s Day after the first half year of her first teaching job in Gunnison.

Anna followed George to several states, including Idaho where their daughter Bobbie Joy was born, and back to Utah where their daughter was tragically killed in an accident in Logan. She divorced George when they were living in Michigan. While in Michigan, she earned her master’s degree in guidance with a minor in physical education at Michigan State University.

A teaching position at Michigan State opened the way for an associate professorship in Oneonta, New York. While in Oneonta, she met her eternal companion, Charles Henry Field, Jr., whom she married on Dec. 21, 1963.

While living in Logan, Utah, they were sealed in the Salt Lake Temple, and welcomed the arrival of two daughters, Robin Ann (Fulford) and Kaylene (Linford).

Their little family moved to Douglas, Arizona, where Anna later taught physical education and worked as the science lab technician at Cochise College. While in Douglas, they were blessed to add another daughter, Rebecca April (Gregoire), to their family. Anna served in many church callings including seminary teacher, and young women. However, her favorite callings were those involving music, such as Primary chorister.

After retiring, Anna and Charles served a Family History Mission in Salt Lake City. They built their retirement home in Anna’s hometown of Paragonah, Utah. In addition to tending a large garden, learning to play the ukulele and doing many crafts, Anna added community activities to her schedule, serving with the Daughters of the Utah Pioneers, Civic Committee, Iron County Fair, Rock Church, Parowan Senior Center and other groups. Together, Anna and Charles were recognized as the Outstanding Citizens of Paragonah for 2002.

After celebrating their 50th wedding anniversary, they moved to St. George, Utah, where Anna resided until shortly before her death. While in St. George, Anna volunteered at the hospital’s craft guild into her 90s, using her many crafting skills including sewing, quilting, and crocheting.

Anna is survived by three daughters and their husbands, seven grandchildren and eight great-grandchildren.

Family and friends are invited to share condolences online at www.SerenityStG.com. Services are under the direction of Duane Lamoreaux at Serenity Funeral Home of Southern Utah, 435-986-9100.