ST. GEORGE — At around 12:15 p.m. Tuesday, a teenage driver in a black Ford Mustang GT crashed into the driver’s side of a silver Chevy Impala traveling southbound on Bluff Street.

Officer Eric Trombley with the St. George Police Department said the teenager driving the Mustang crossed Bluff Street from the intersection with 1070 South, while the man and woman in the Impala had just merged into the inside lane after exiting the parking lot of a nearby restaurant.

“This wasn’t necessarily distracted driving, at least there were no cell phones involved,” Trombley said. “For the most part, people are getting complacent with looking left and right and forget to look ahead to see if other vehicles are coming from the opposite side.”

The teenager driving the Mustang was issued a citation for failing to yield while entering or crossing the intersection, Trombley said.

The middle-aged man who was a passenger in the Chevy Impala told St. George News both he and the female driver were shaken by the incident, but uninjured. The juvenile driver of the Mustang also said he was uninjured. Everyone involved had been wearing seatbelts.

Paramedics with Gold Cross Ambulance arrived on the scene to assist if needed, but they were released when it was determined that nobody involved was seriously harmed.

The Chevy Impala remained drivable in the accident’s aftermath, but the Mustang sustained significant damage to its hood and engine compartment and was towed from the scene.

Though the incident was the second T-bone collision on Bluff Street in less than 24 hours, Trombley said the similarity between the two events was just coincidence.

“I can’t say that Bluff is the worst part of St. George,” he said. “There are other intersections that are a lot worse.”

Police were also assisted by responders with the St. George Fire Department. This report is based on information provided by law enforcement and may not contain the full scope of findings. 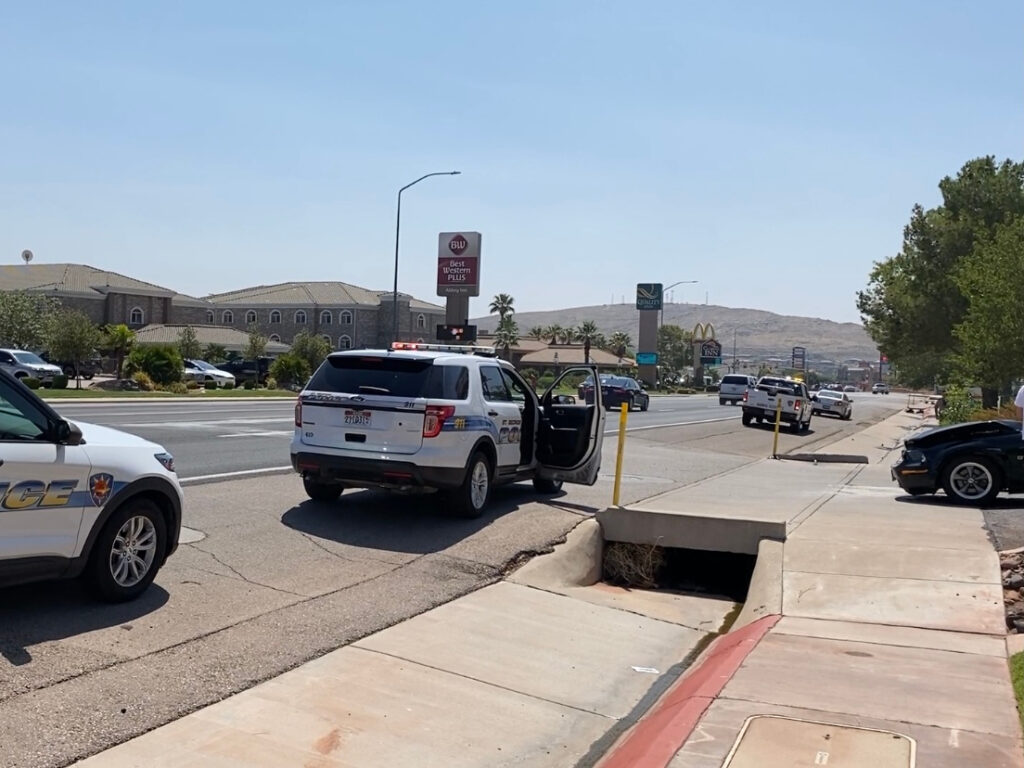 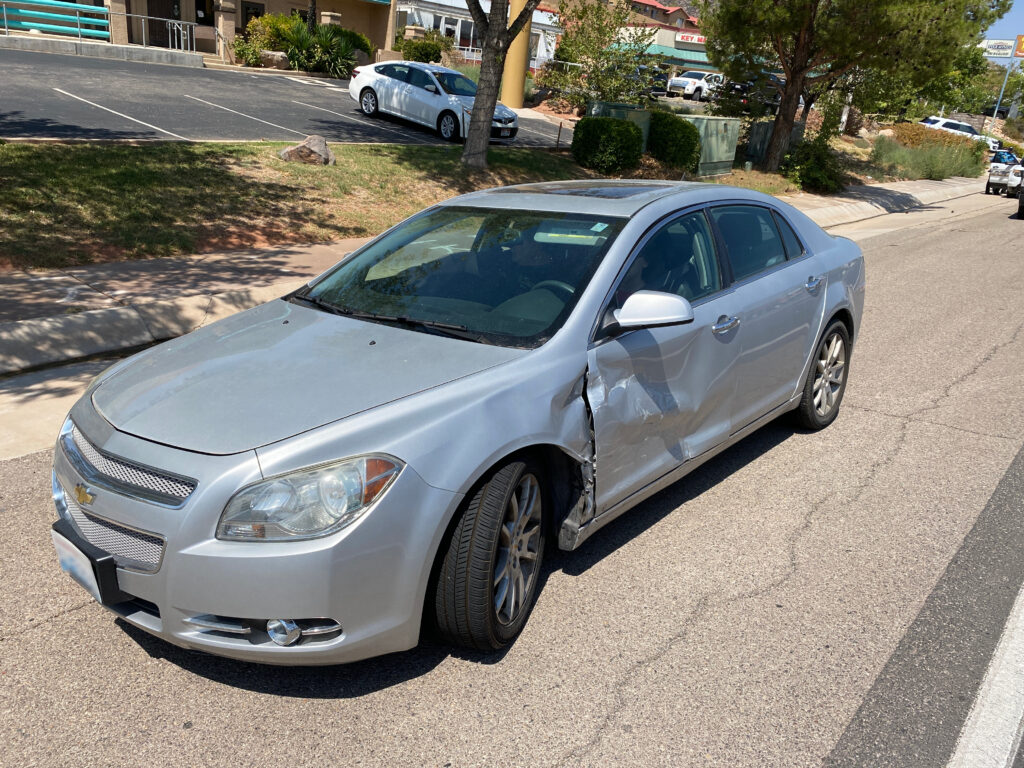 The occupants of the Chevy Impala struck by the Mustang were unharmed and the vehicle remained drivable in the aftermath, St. George, Utah, Aug. 24, 2021 | Photo by Ammon Teare, St. George News 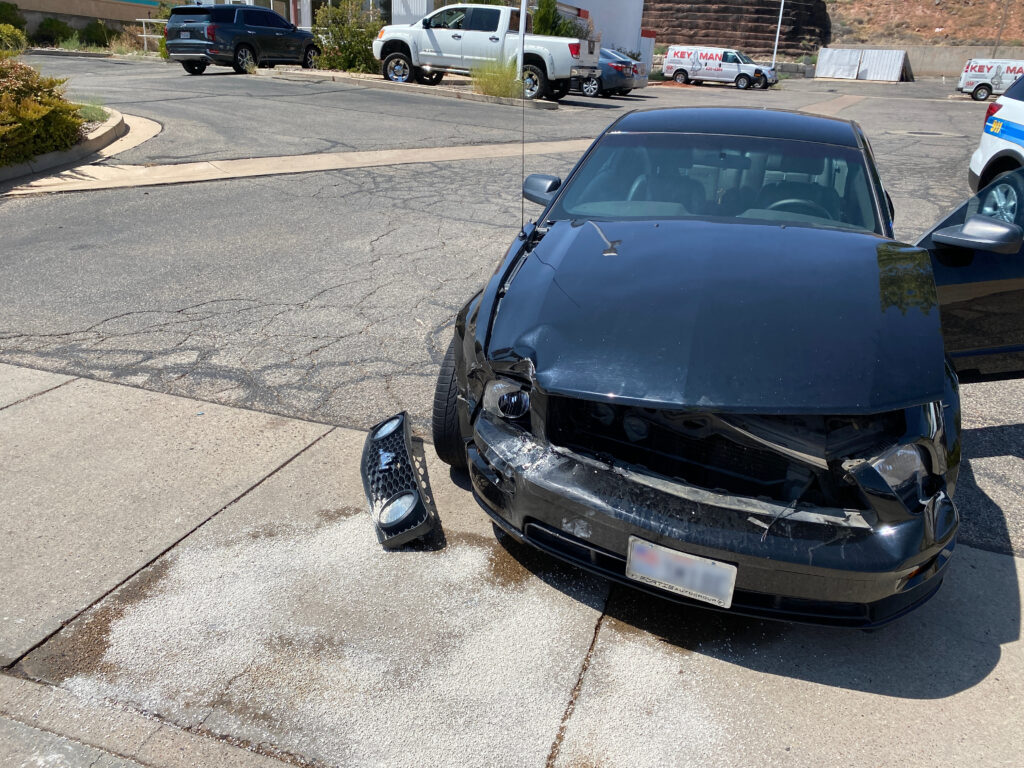 The Mustang sustained the most damage, requiring a tow from the scene, St. George, Utah, Aug. 24, 2021 | Photo by Ammon Teare, St. George News