ST. GEORGE — When Eva Moeltner began her summer with the Utah Conservation Corps, she had never used a chainsaw before.

After months of work clearing brush and felling timber in Utah’s backcountry, Moeltner can now wield a chainsaw as easily as she can explain the environmental impact of her efforts. In other words, quite confidently.

“I was interested in the hands-on experience of conservation work, and I’m definitely getting that out here,” she said. “It’s nice to be on the frontlines of conservation efforts, and you feel so rewarded after you finish something and think, ‘I did this for the environment.’”

From Aug. 10–17, two crews of corps members – including Moeltner – went to work on the banks of the Virgin River near the ghost town of Grafton. Their goal was to remove invasive plants that threatened native species and contributed to flooding.

“The Russian olives are attacking one of the cornerstones of the ecosystem we have here – the cottonwoods – and it’s channelizing the river,” said Spencer Schyma, a crew leader. “So cutting these things down is going to help everything in the whole ecosystem.”

This was the last project of the season for the two crews, with many crew members returning to their university studies or to their home states for other work. Crew leaders and bosses will continue for several months more, with another 3-month season set to begin on Aug. 30.

Life in the Utah Conservation Corps

The specifics of day-to-day life as a crew member vary based on the project, taking into account factors like climate, the demands of the work and the resources available.

For the Grafton project, crew members worked eight 10-hour days in a row. They adjusted the typical schedule of 7-5:30 p.m. to account for the intense heat of Southern Utah.

“For this particular project, we’re waking up at 5 a.m. to get started at 6 a.m. because it’s just so hot out here,” Moeltner said. “We make breakfast, stretch and review safety for the day, and make sure we’re wearing hard hats, safety glasses and ear protection. Then we set up our saws and just go at it.”

The crews worked until 4:30 p.m., with two 15-minute breaks and one 30-minute break for lunch. At the end of each work day, the crew members would stop cutting and focus on tool maintenance, using the training they received just months ago to disassemble and clean their chainsaws, sharpen the chains and refuel.

At the end of a long day, the crews return to their campsite nearby to eat dinner and enjoy down time, usually retiring to bed around 9:30 p.m. When a project’s term is complete, crew members go back to the city where their field office is located – either Cedar City, Logan, or Moab – and enjoy time off.

“In our off time, it’s up to each one of us to figure out our own living situation,” said Steve Hoekwater, a crew boss. “Some of our group get apartments in Cedar City, while others, myself included, are basically living out of our own vehicles on public land. I’m trying the whole van life thing. I’ve never done anything like this before, so it’s definitely been a fun, interesting experience.”

Depending on the length of the preceding project, crew members can be off anywhere from two to six days. In addition to a scholarship earned at the summer’s end, crew members received a biweekly stipend of $610 to pay for their food and to pay for housing and transportation during their off time.

“You have the freedom to go anywhere, because at that point you have your own car and no obligations,” said Carly Elkin, a crew leader. “Everyone is free to do whatever they choose. People have gone to Colorado or Wyoming. I even took a plane trip to Delaware last weekend.”

The time off also allows crews to get to know each other and to strengthen camaraderie in the corps. Crews alternate between project time and off time throughout the course of a season and may be assigned to the same project for several consecutive “hitches” or work sessions.

One of the two crews working near Grafton spent the last 2 1/2 months working on a similar project clearing Russian olives along the Escalante River, while the other crew spent their summer working on a variety of projects in the vicinity of Bryce Canyon National Park.

Organization and Mission of the Conservation Corps

Utah Conservation Corps is overseen by Utah State University and funded in large part by Americorps, a voluntary civil society program supported by the U.S. federal government, along with foundations, corporations and other donors.

Full-time administrators support the seasonal workers that fill positions as crew bosses, crew leaders and crew members. Each crew typically has about five members, including the leader, while a crew boss manages several crews at a time.

“Out of our office in Cedar City we currently have six crews working at different parks, with different agencies or sometimes with private landowners,” Hoekwater said. “My role is to do whatever I can to keep the projects running smoothly. I get to travel to different projects and help wherever there’s a need.”

The conservation corps partners with public agencies like the National Park Service, Bureau of Land Management, U.S. Forest Service and even smaller, more local organizations as in the case of the Grafton project.

Utah Conservation Corps celebrated its 20th anniversary this year, and the statewide organization announced plans to place its 2,500th member in the field.

Americorps as a whole has grown slowly, but it has become more diverse and representative over its history. Elkin and her fellow female crew members said they were proud to be a part of that change and they looked forward to more representation in future years.

“This is a very male-dominated field, and to be out here as a woman and prove to them that I’m able to do this kind of job and to work well, it’s very rewarding,” Elkin said. “Hopefully in the future there’s all black crews, there’s all LGBTQ+ crews and all women crews. Just to be a part of that effort is something that I hold really close to my heart.”

Most of the seasonal workers involved in the Utah Conservation Corps are from out of state, and each member comes with their own reason for joining the corps, though some, like Schyma, had prior experience in conservation work.

“I saw Utah and immediately fell in love,” Schyma said. “We’re trying to do good work in Utah and serve the land in this beautiful sandstone country. It’s important to me because humans are hitting the planet like a meteor, and even little things like killing invasives that we introduced is another step forward.”

Other corps members joined with less experience, but were equally drawn by the scenery in the West and the chance for adventure. Ali Kimball, a digital media arts major from Madison, Wisconsin, found the job on a seasonal work website and decided to take the opportunity almost on a whim.

“I stumbled across this job, and honestly I had never done any kind of conservation work before,” Kimball said. “I knew it involved backpacking and camping and it sounded adventurous, so I kind of took a leap of faith and went with it. I’ve ended up loving it, and I’m definitely going to bring this back with me to the Midwest and do some of this work back there, too.

Whatever their prior commitment to conservation or training in field work, many members of the Utah Conservation Corps finish their season with new skills, cherished memories and a greater appreciation for conservation work as a whole.

In addition, they will leave a legacy in Utah defined by the work they did to protect the land and to serve the people and animals that live or visit here. In that way, both the individual and the state are indelibly changed by the shared experience. 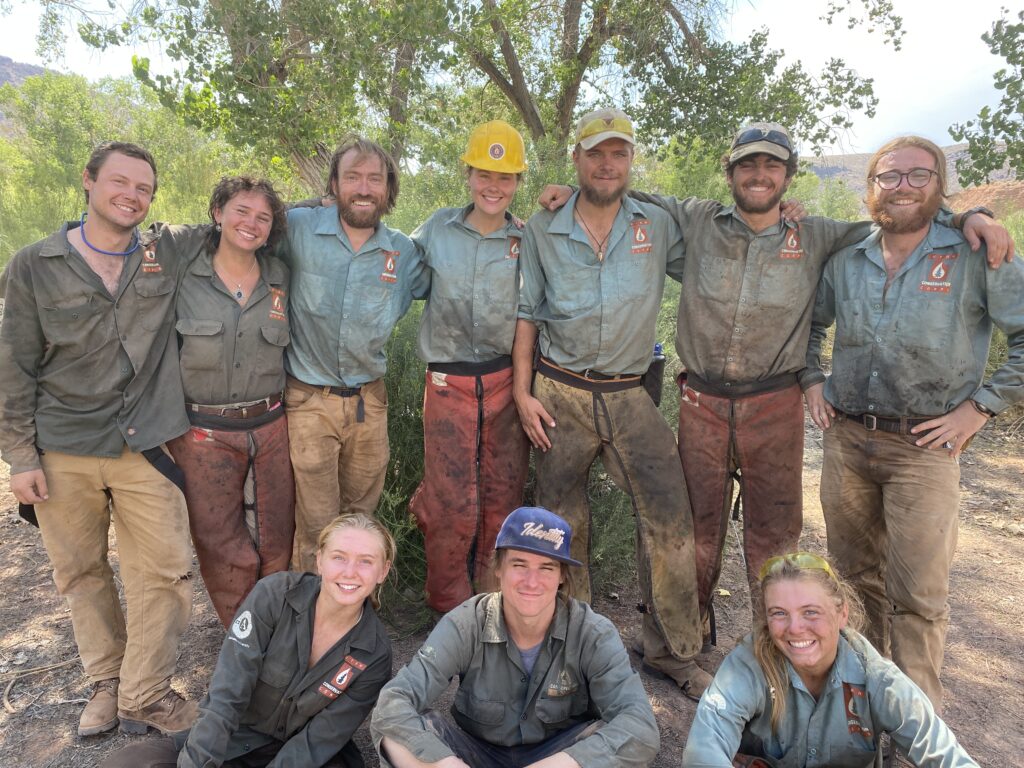 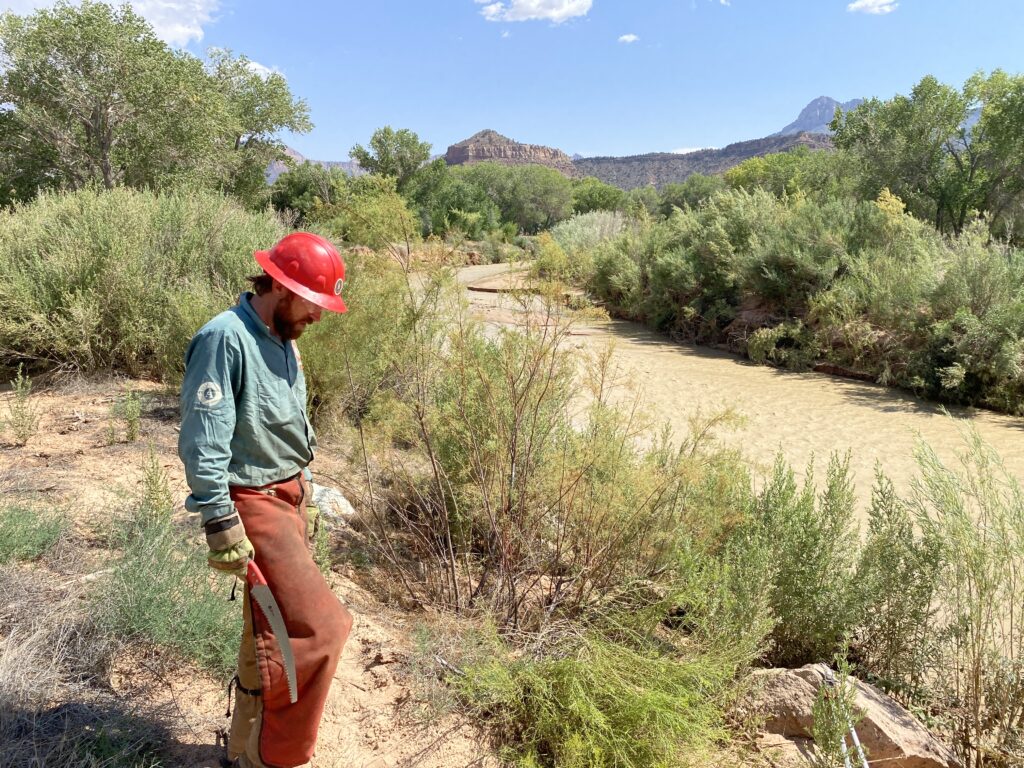 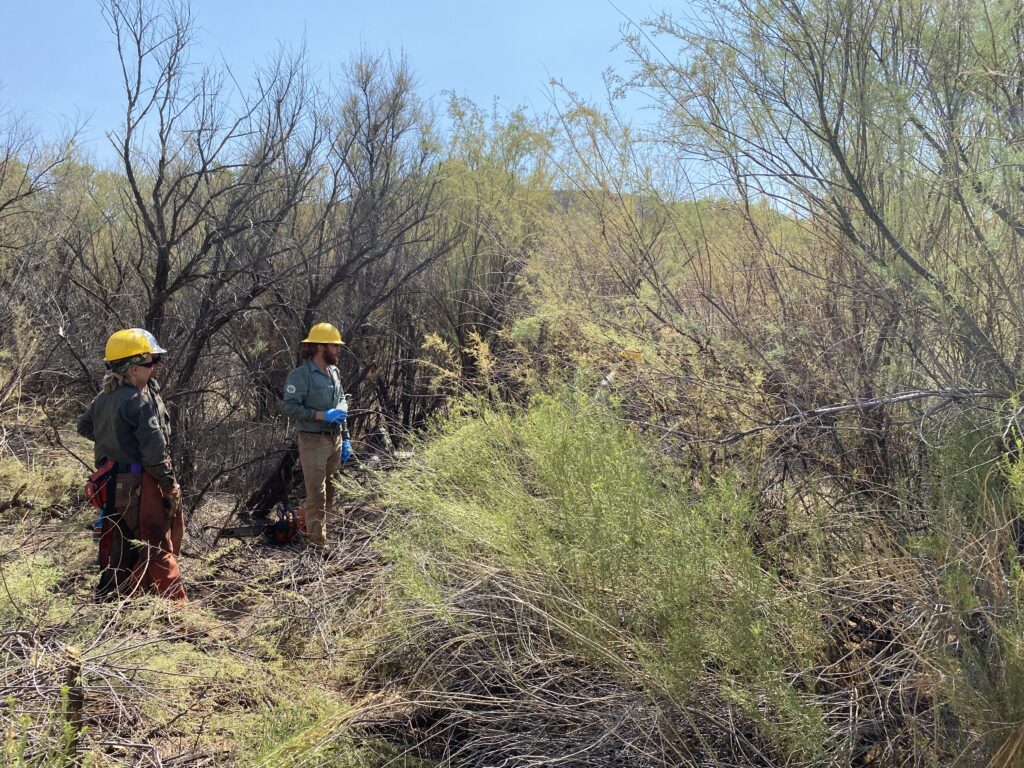 The women and men in both crews assigned to the project worked to clear thick stands of invasive plants. Grafton, Utah, Aug. 12, 2021 | Photo by Ammon Teare, St. George News 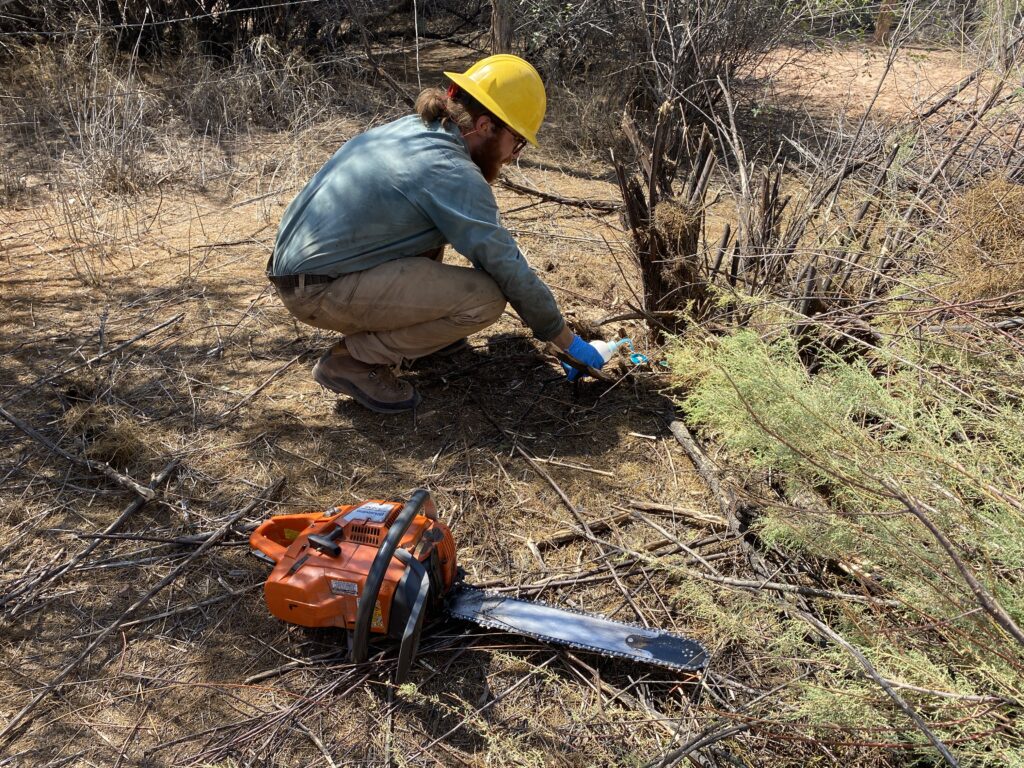 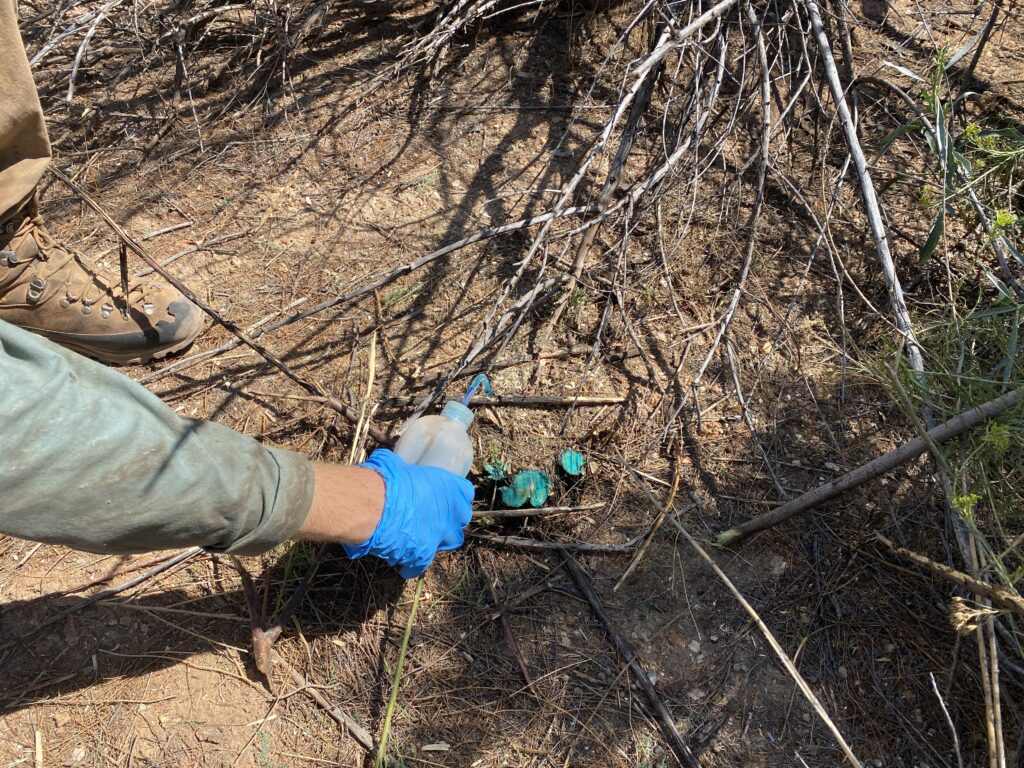 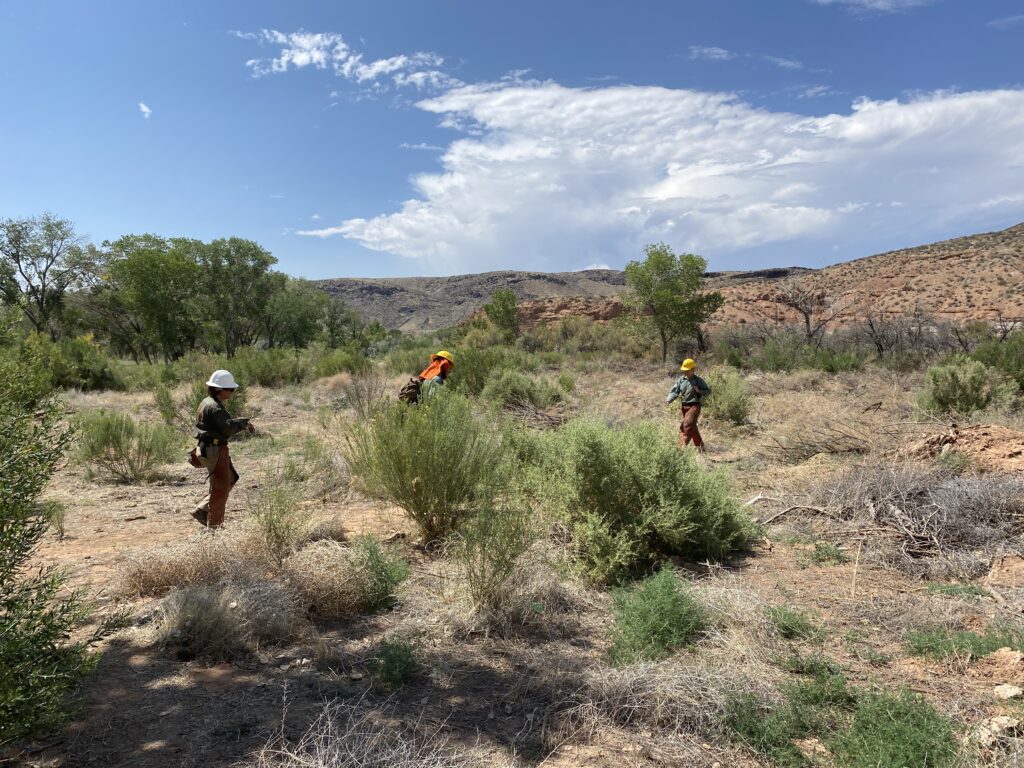 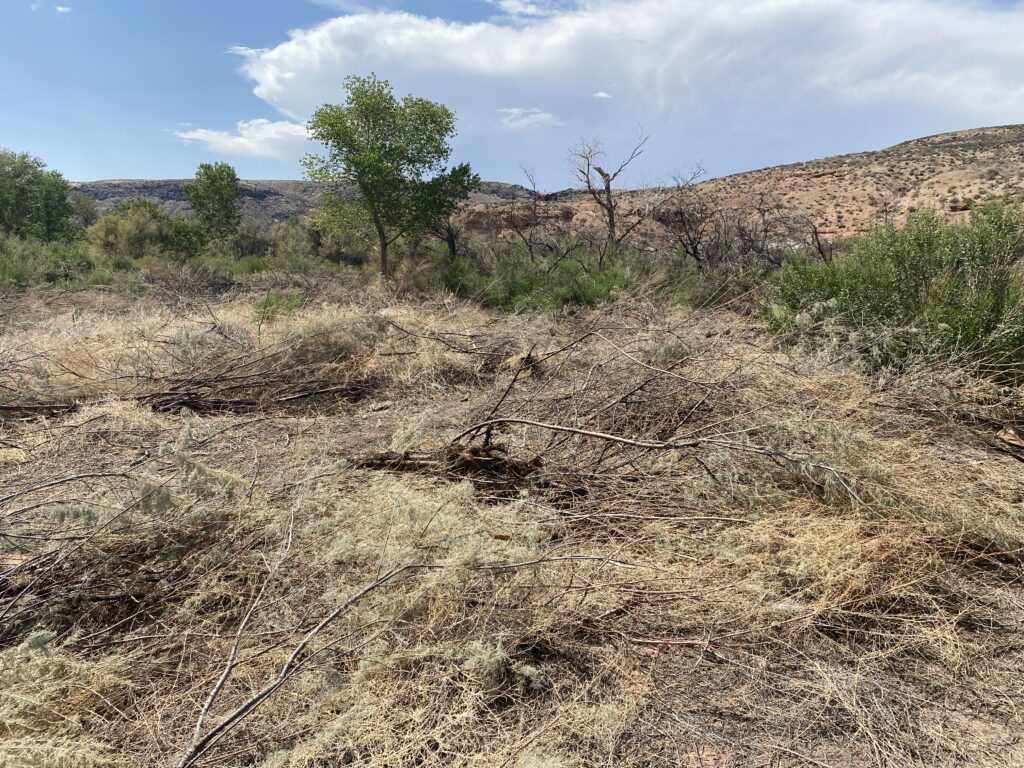 For this particular project, the crews were cutting the invasive plants and scattering the debris rather than gathering or burning, Grafton, Utah, Aug. 12, 2021 | Photo by Ammon Teare, St. George News 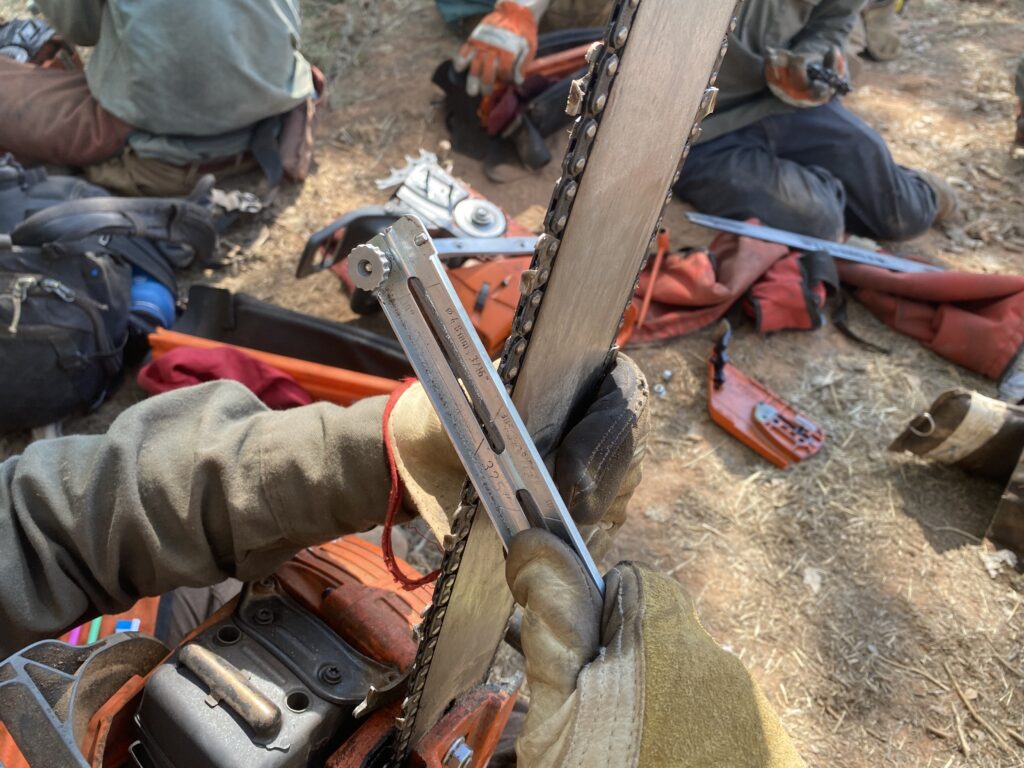 At the end of each work day, crew members would take an inventory of their equipment and do regular maintenance, Grafton, Utah, Aug. 12, 2021 | Photo by Ammon Teare, St. George News 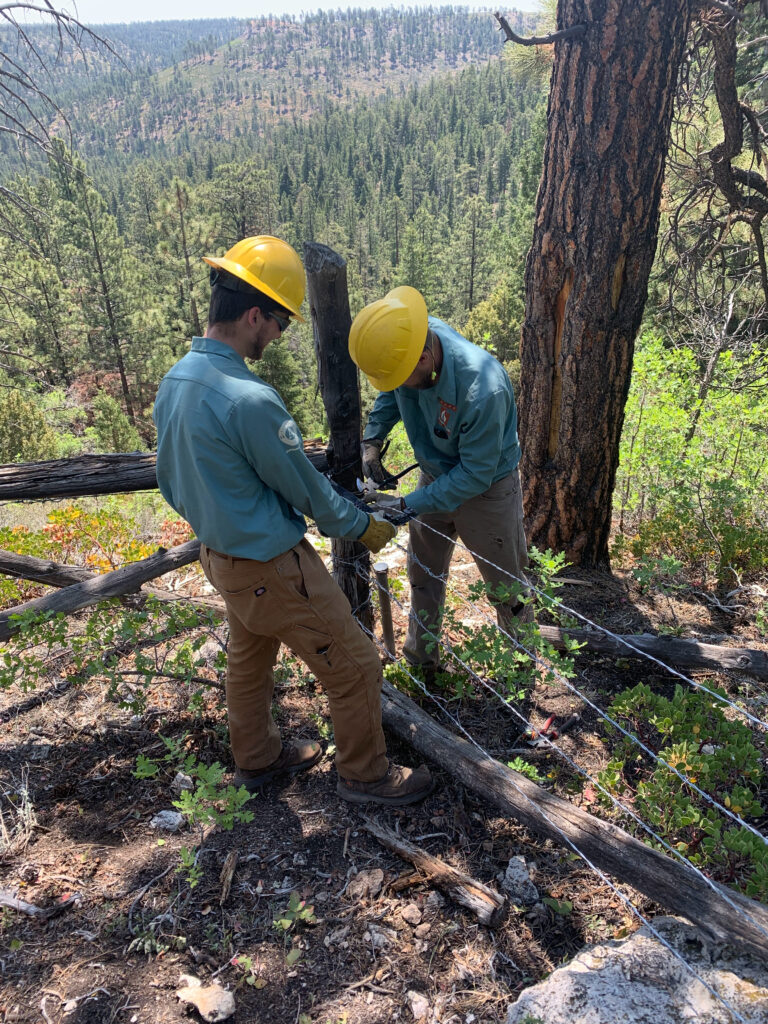 One of the crews working near the Virgin River was previously engaged in a number of projects near Bryce Canyon National Park, Utah, Aug. 2, 2021 | Photo courtesy of Carly Elkin, St. George News 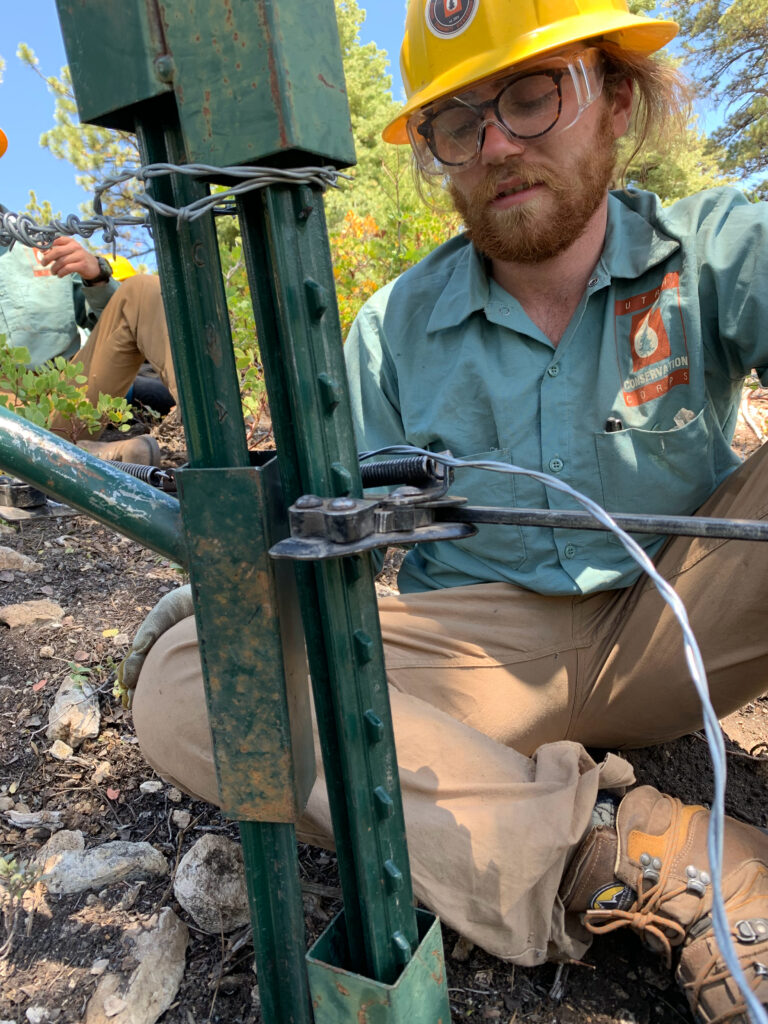 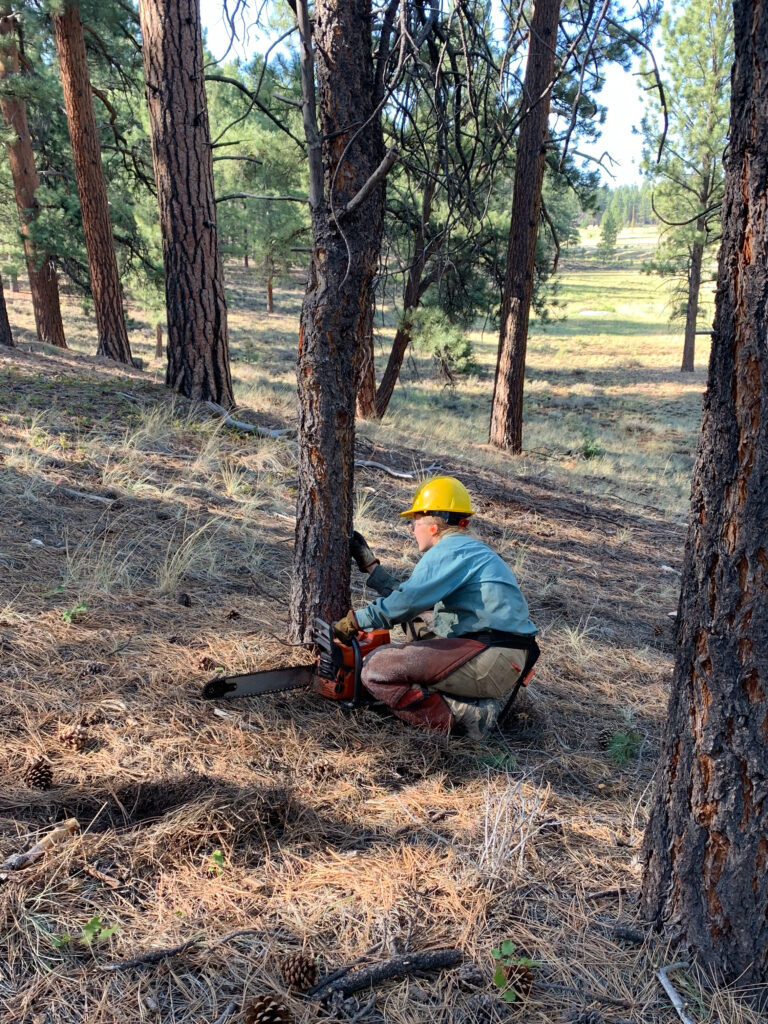 Regardless of prior experience, crew members were trained in the use of chainsaws and other necessary equipment at the beginning of the summer, Bryce, Utah, Aug. 2, 2021 | Photo courtesy of Carly Elkin, St. George News 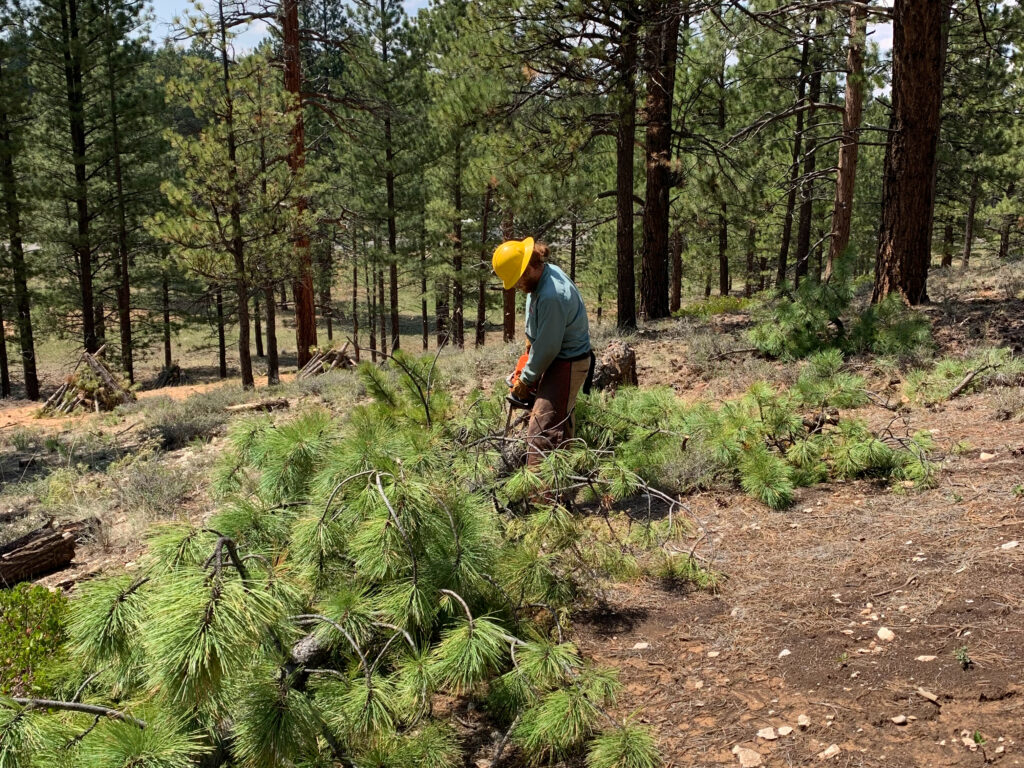 Letter to the Editor: It's time to lower the speed limit in St. George’s residential areas