ENOCH — A thunderstorm Sunday afternoon dropped almost 3 inches of rain in parts of Enoch, flooding dozens of homes. City officials declared a state of emergency in the aftermath of the powerful storm.

The downpour follows a week of heavy precipitation, with Enoch receiving 7-10 inches of rain in the last few days. Several neighborhoods in the eastern part of the city were among the hardest hit, particularly the areas surrounding Half Mile Road and just south of Midvalley Road.

Public information officer Becki Bronson told St. George News over 200 homes were impacted by the flooding, affecting about 10% of the city’s population.

“It’s unlike anything I’ve ever seen,” Bronson said. “This rainfall today has never been seen within the past 50-plus years.”

Traffic clogged Midvalley Road and the Old Highway 91 frontage road, as many smaller streets in the area were impassable due to flooding. Some 2-3 inches of pebble-sized hail had accumulated along a small area near Old Highway 91.

Even the parking lot surrounding the Enoch City offices and police station was surrounded by what appeared to be a muddy lake. However, city officials said as of Sunday night, water had not made it inside the building, which doesn’t have a basement.

Meanwhile, a few blocks east on Grimshaw Lane (600 East), the Enoch City public works building was a hotbed of activity, just as it had been the night before, with dozens of people showing up to help fill sandbags, or picking some up to take.

“It is devastation,” said Enoch Mayor Geoffrey Chesnut. “The one thing we did see in the midst of all that devastation was the neighbors who were out helping one another, and that is one thing that I am most happy about seeing. I know that I live in a community and I’m raising my children in a town where neighbors respond like that.”

Chesnut said the community has benefitted from assistance provided by other Southern Utah municipalities, including responders from as far away as Hildale.

He asked the public to not overtax the sewer system and reassured city residents that culinary water systems were separate from sewer systems and drinking water from city lines remains safe.

The American Red Cross has established a shelter for residents in need at the meetinghouse for The Church of Jesus Christ of Latter-day Saints located at 451 E. Midvalley Road in Enoch.

At around 4:30 p.m. on Sunday, UDOT announced intermittent closures for both directions of Interstate 15 near Enoch when rain and hail began accumulating on the roadway. The freeway was opened about 40 minutes later, though motorists were told to expect heavy congestion and major delays as traffic resumed.

The American Red Cross is accepting donations to assist with those affected by flooding. The Cedar City Red Cross Shelter has closed and has relocated to Enoch. The new address is 451 East Midvalley Road. Contact 435-704-1068 for additional information. 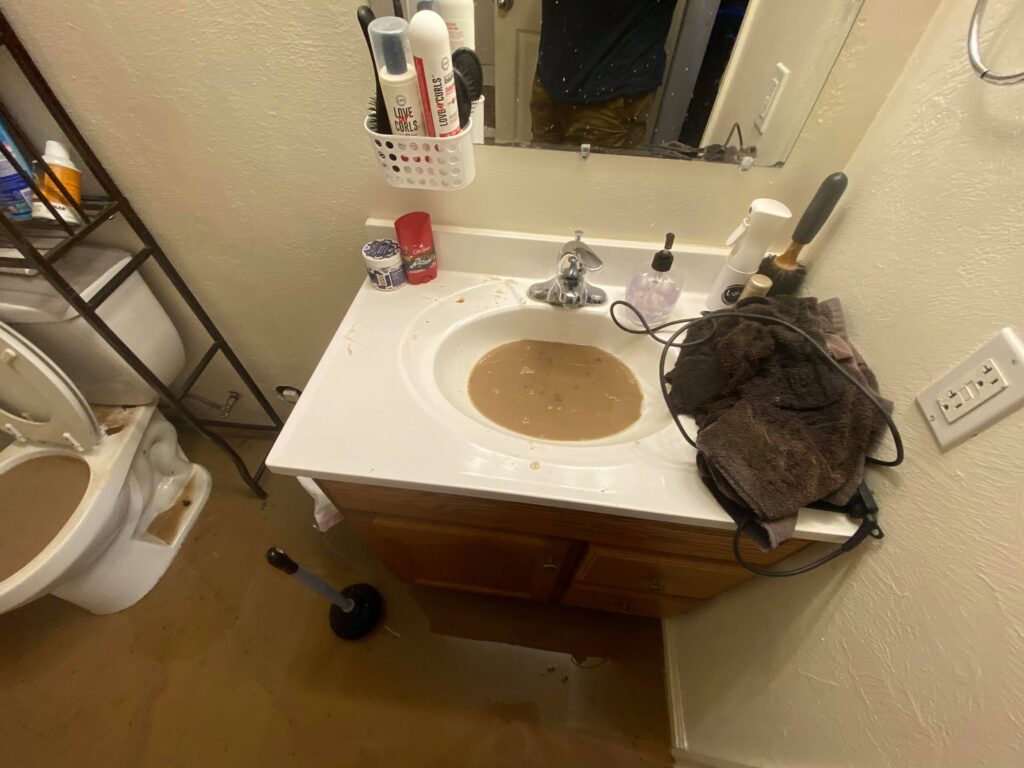 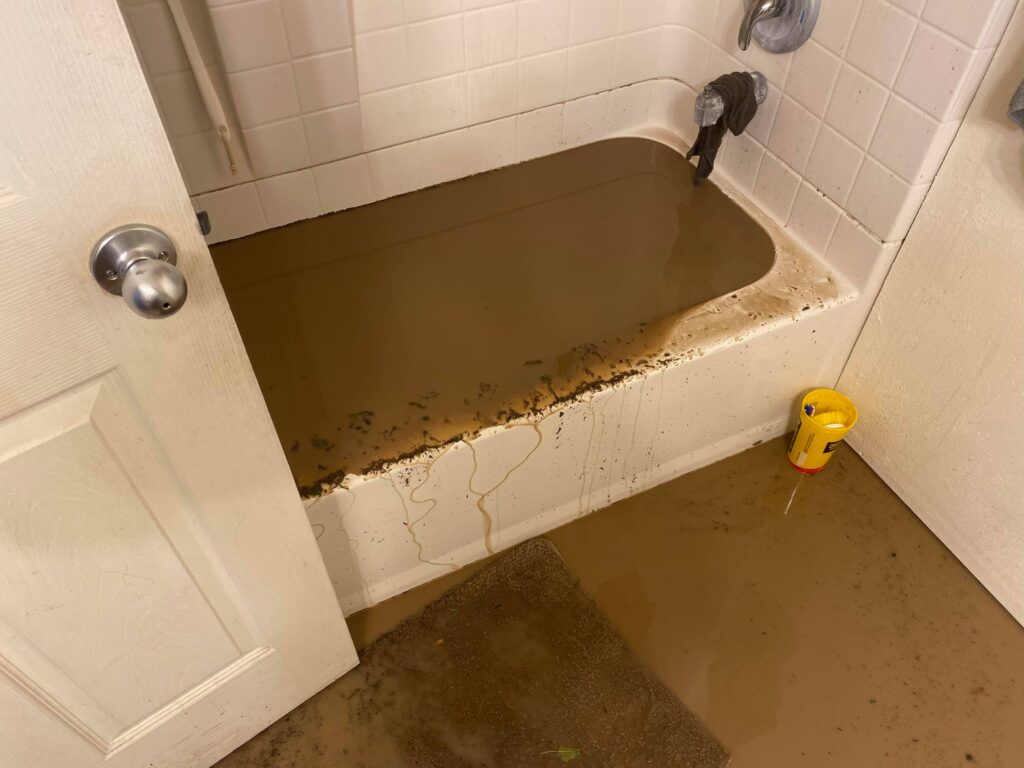 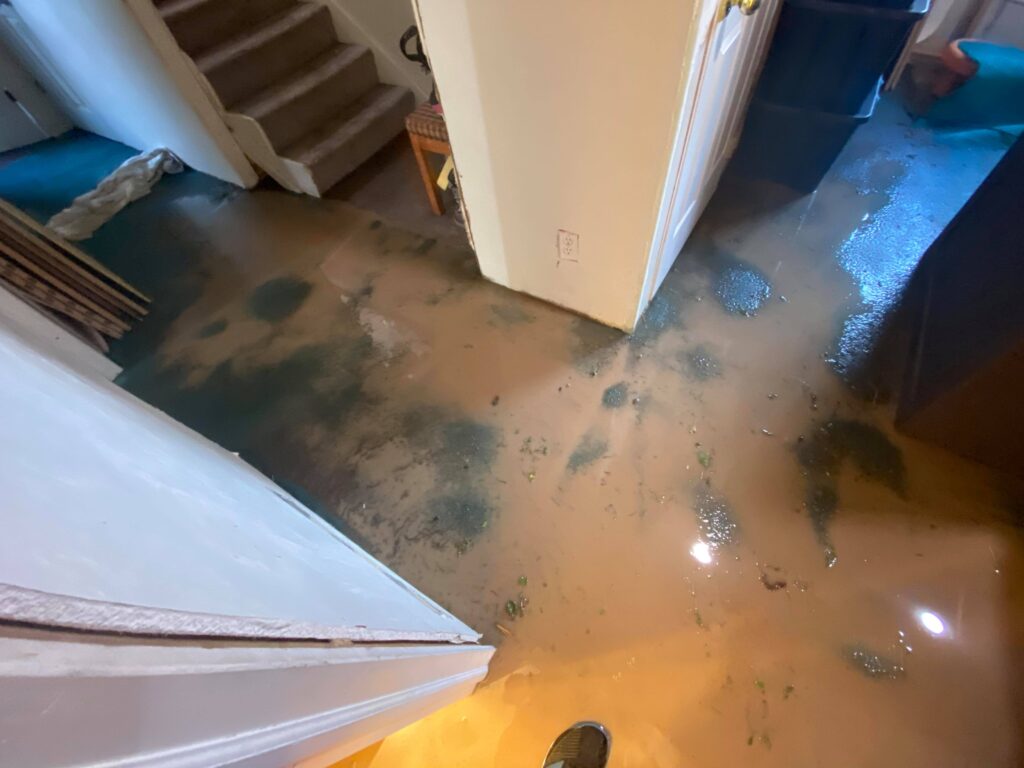 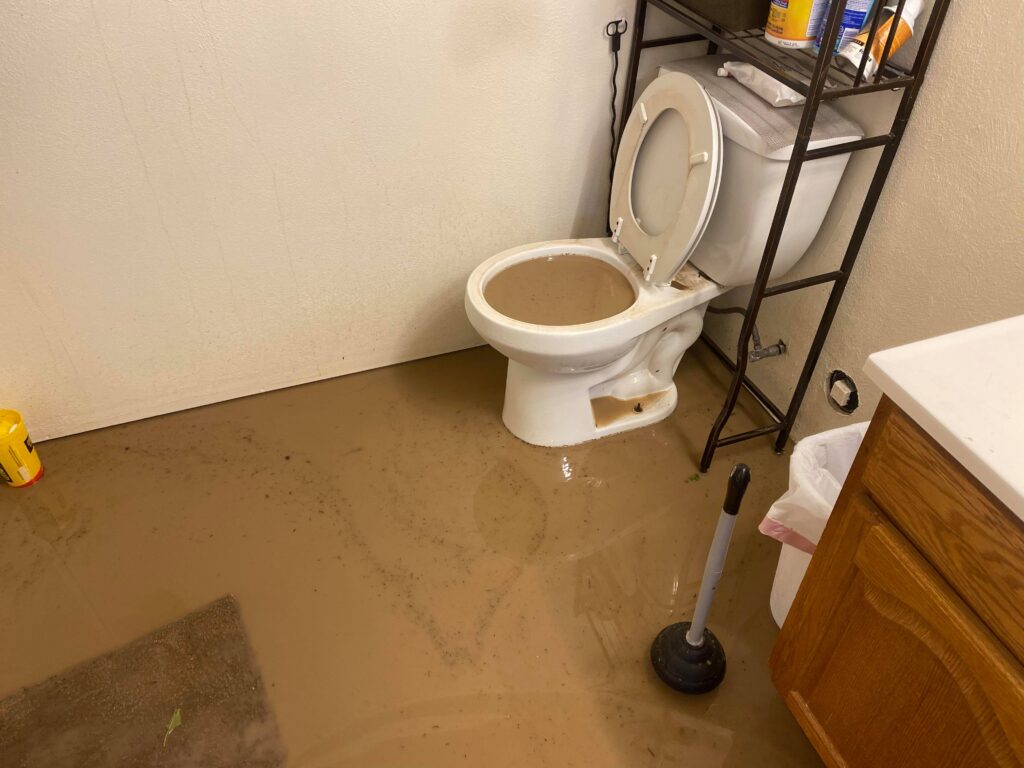 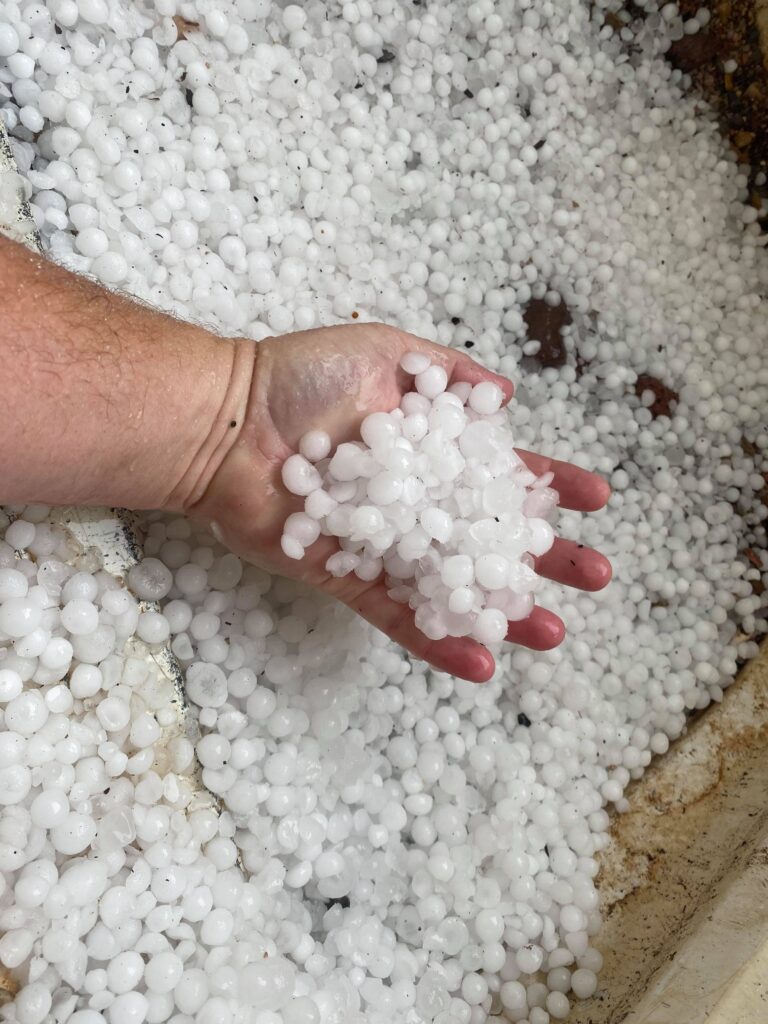 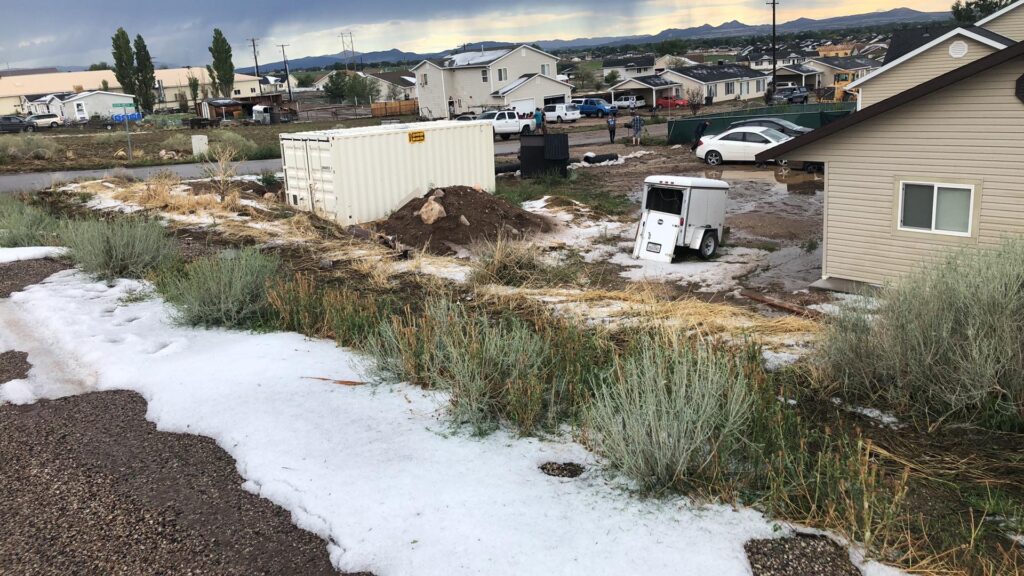 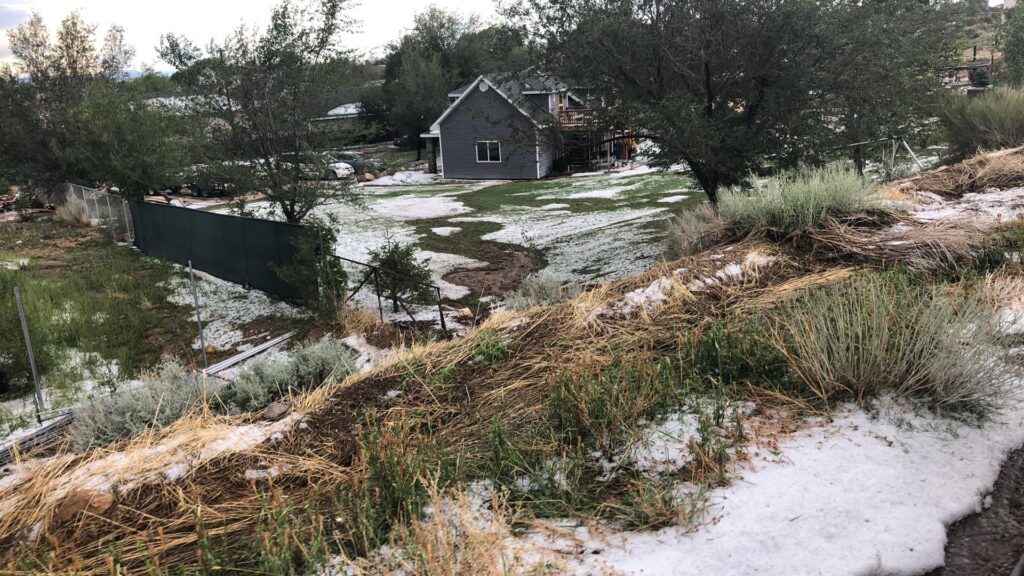 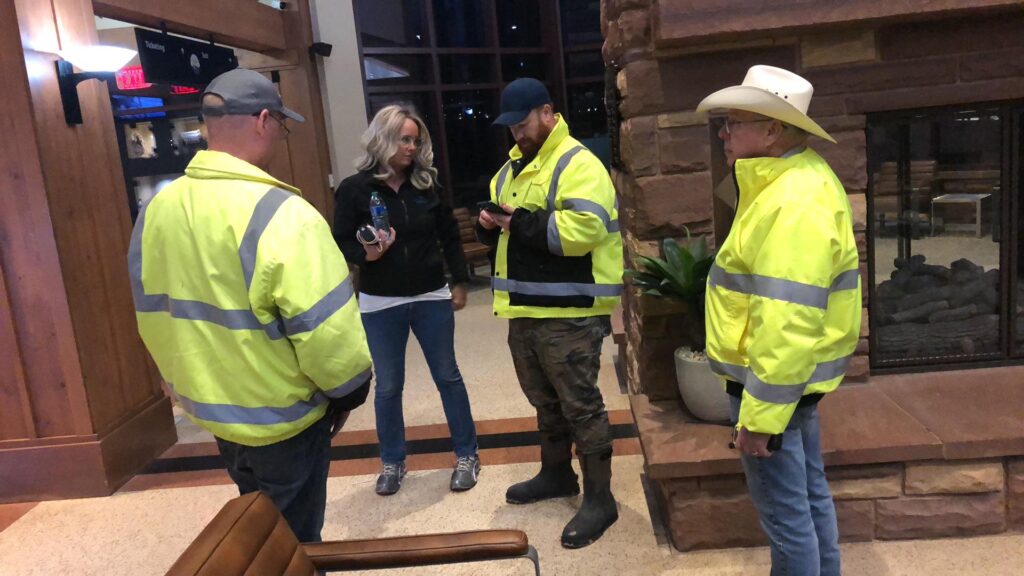 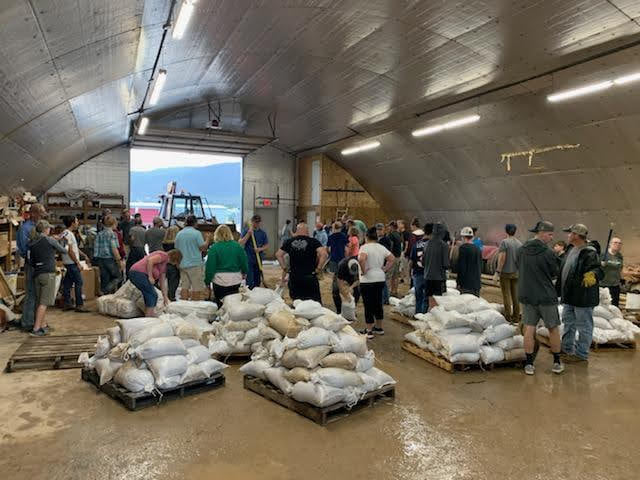 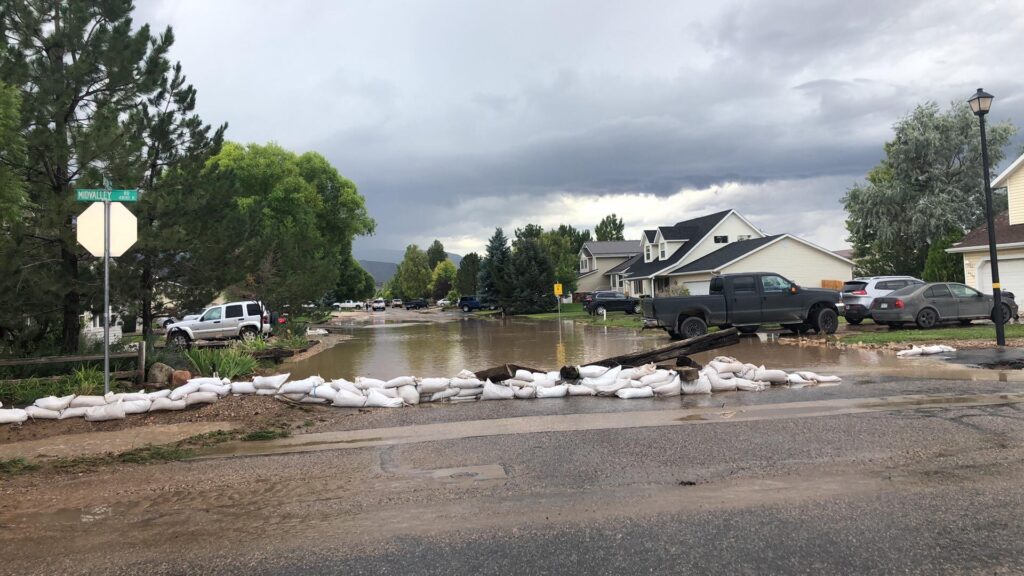 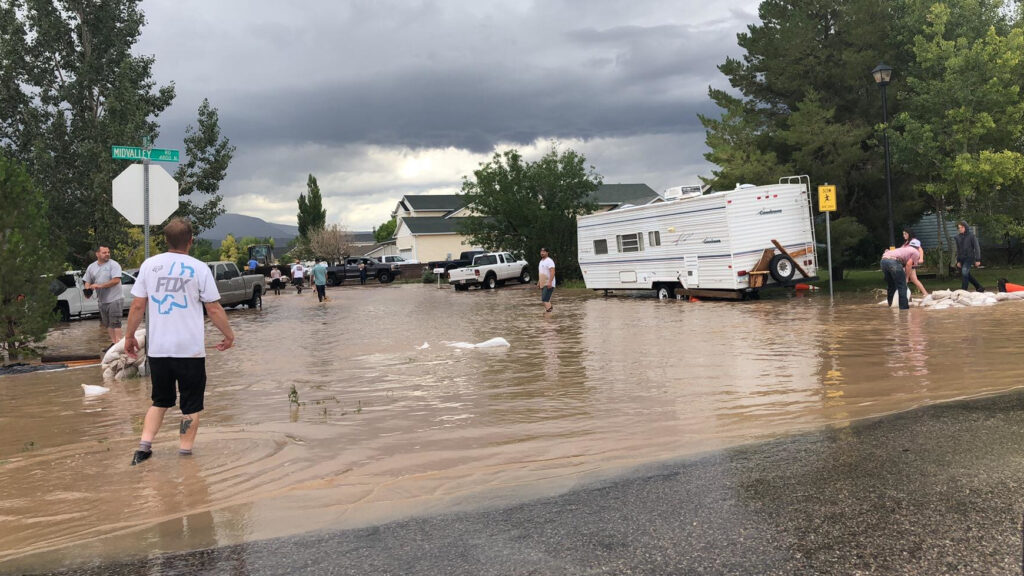