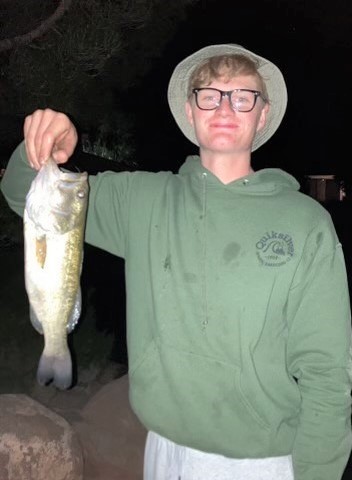 Thatcher was an unstoppable force of nature who wanted to try everything and do it as big as he could. Just a few of his myriad hobbies included shredding gnar, hitting steezy jumps, staying un-natty at the gym and firing it up in demon mode… and he usually filmed it!

His huge heart and generous spirit could be seen in all aspects of his life, from giving away his old gear to giving his time teaching his little sister to “just send it” at the skatepark. He took his office as a brother seriously, navigating the roles of older brother, twin brother and younger brother with a little teasing, love and sometimes even patience.

Thatcher was an independent, hardworking kid whose drive to achieve was the envy of both family and friends. Through sharing his undeniable excitement for some random fact that he just learned, his sincere and genuine compliments, and his desire to entertain others, he always achieved his goal of making everyone’s day brighter.

Thatcher positively influenced every single person that was lucky enough to enter his orbit no matter how briefly. His philosophies on life were poignant, profound and sometimes straight out of left field, but none were truer than his saying, “You always gotta tell the homies you love ‘em, because you never know if it’s the last time, you’ll see them!”

He is survived by his mother, Jennifer Robb; his father, Ryan Welker; his older sister, Alexis Welker; his twin sister, Taylor Welker; and his younger sister Tilly Welker.

Funeral services were held on Monday, July 26, 2021, 1 p.m. at The Church of Jesus Christ of Latter-day Saints (Morningside 4th Ward), 930 S. Morningside Drive, St. George, Utah with a visitation prior to service from 11 a.m. to 12:30 p.m. Internment will take place at the Tonaquint Cemetery.

Arrangements are made under the direction of Spilsbury Mortuary, 110 S Bluff Street, St. George, Utah. Family and friends are invited to sign Thatcher’s online guest book at www.spilsburymortuary.com.

'You're 65 years old. Let's act like it,' judge tells man who led officers on pursuit in Southern Utah

DWR: Over 300 animals killed illegally in Utah since August. Here's how to help.