ST. GEORGE — After officials with the Cedar City Department of Leisure Services discovered a line of 50 dead fish spread out on the beach at Lake at the Hills last Friday, they posted a photo to the department’s Facebook page urging citizens to report illegal fishing.

“Poaching has been an issue at that lake,” said Kenny Nielson, director of leisure services. “Even when it was cooler, we’d found catfish and other species left on the trail or at different locations around the lake, so it’s been kind of weird. We contacted the division of wildlife to investigate since they’re in charge of the fish.”

But it’s proved to not be poaching behind the piscine die-off in the urban pond as much as the fish not being able to take the heat.

The fish are now believed to be victims of high temperatures and low water levels rather than poaching, said Richard Hepworth, aquatics manager with the Utah Division of Wildlife Resources Southern Region office.

“It was just a warm water die-off, and it happens every year at Lake at the Hills,” Hepworth said. “Really what happened with that particular group of fish was somebody picking up dead fish and putting them in a line.”

“The ones that are dying right now are our rainbow trout,” Hepworth said. “They just can’t handle the heat like catfish or bass can. The idea with putting these fish in is that people harvest them before they die. But as hard as they try they just can’t get all of them.”

To reduce the stress on fish, the Division of Wildlife Resources stops stocking fish during the hot summer months. In cooler climates, the last fish are usually stocked in March or April, and then stocking resumes when temperatures begin to decline in the fall.

In Washington County, the trout will probably not be stocked again until November or December.

Preventing or minimizing mass die-offs is a careful balancing act, especially in small fishing ponds like Lake at the Hills and its sister fisheries throughout Iron and Washington counties. People want to keep fishing throughout the summer, but adding more fish to a pond that’s already pushed to its breaking point would be a waste, Hepworth said.

Invasive species also benefit from the cycle of die-offs and the increased competition. Hepworth said exotic fish like koi (goldfish) that have been dumped in local fisheries thrive in the type of conditions currently present in many local fisheries.

“Goldfish are likely to do very well in these conditions,” he said. “What makes goldfish such a good pet is that it can live in really poor conditions in a fishbowl in some kid’s bedroom. If you tried to put a trout in those same conditions, it’d die quick.”

The park’s rules state that fishers who do not want to take the fish home to eat should release their catch rather than discard them and leave a mess. Nielson said the city frequently cleans up fish carcasses at the lake, including those recently found.

Fishing at Lake of the Hills is regulated by the state, with the fishing limit temporarily doubled to four fish per day for each visitor. For more information about local fisheries or to report illegal fishing, contact the Southern Region Office of the Division of Wildlife Resources at 435-865-6100. 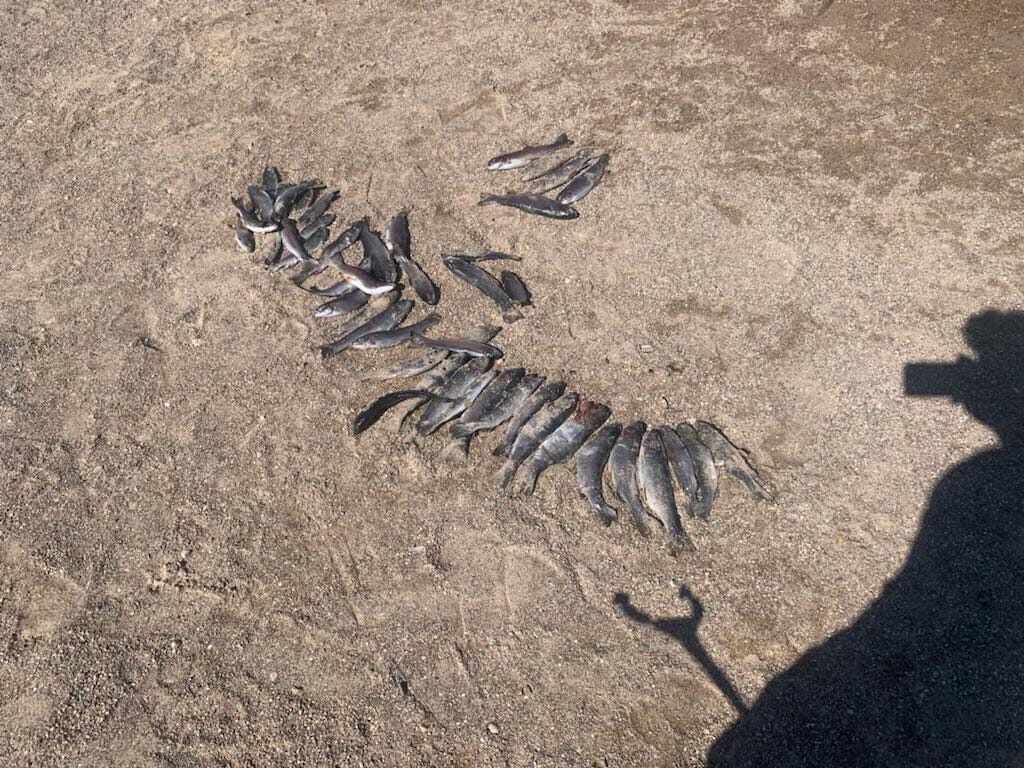 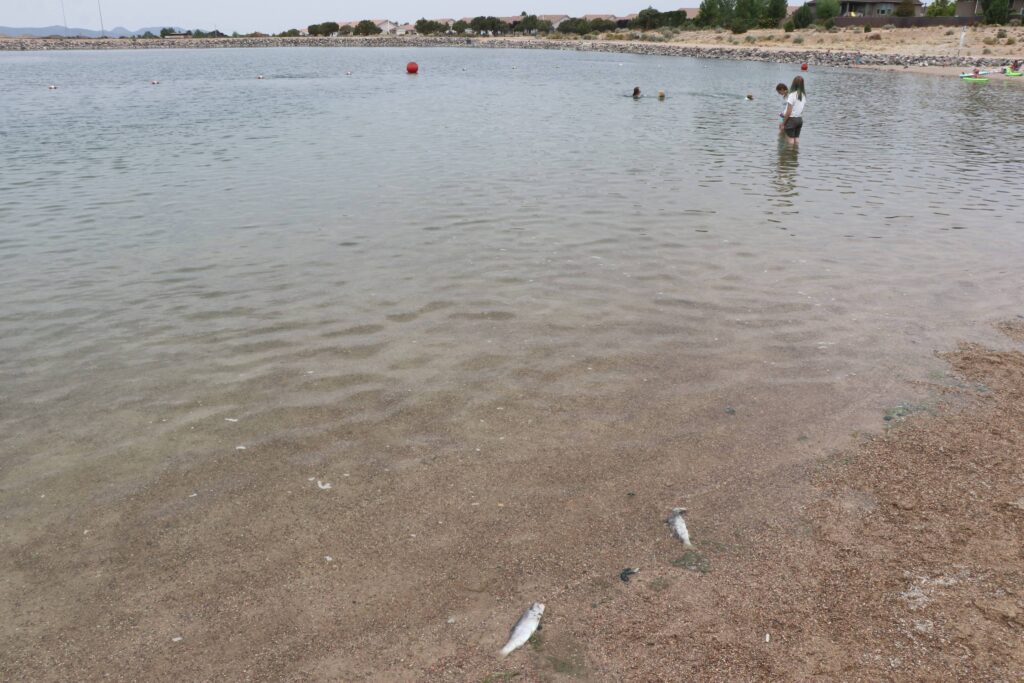 Swimmers share the water with fish, including those shown in the foreground that have died from the heat and low water levels, Cedar City, Utah, July 12, 2021 | Photo by Jeff Richards, St. George News / Cedar City News 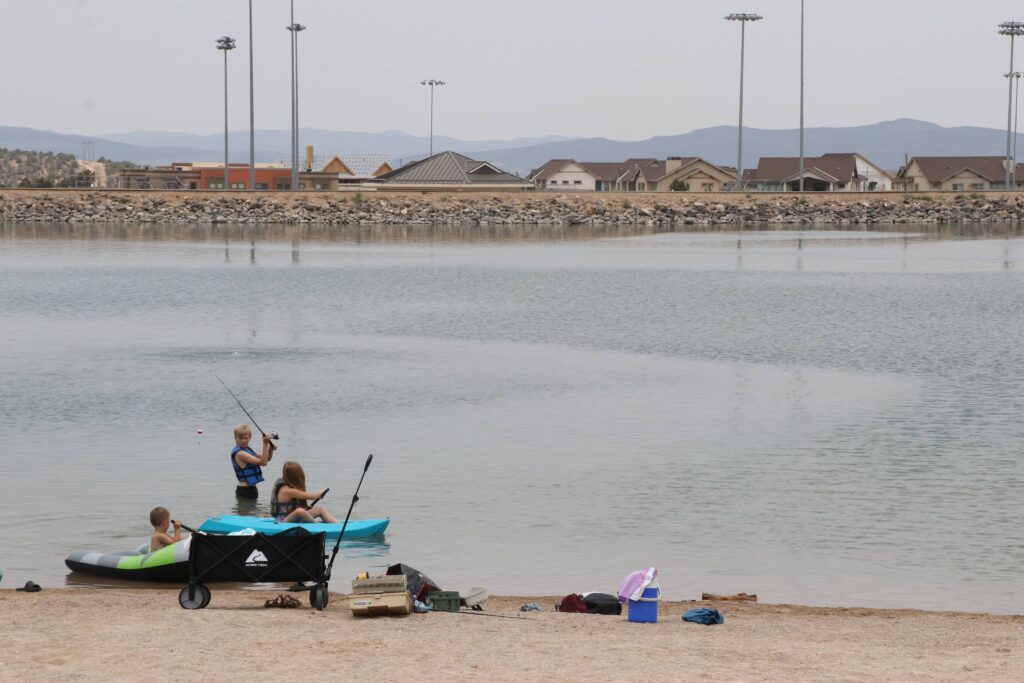 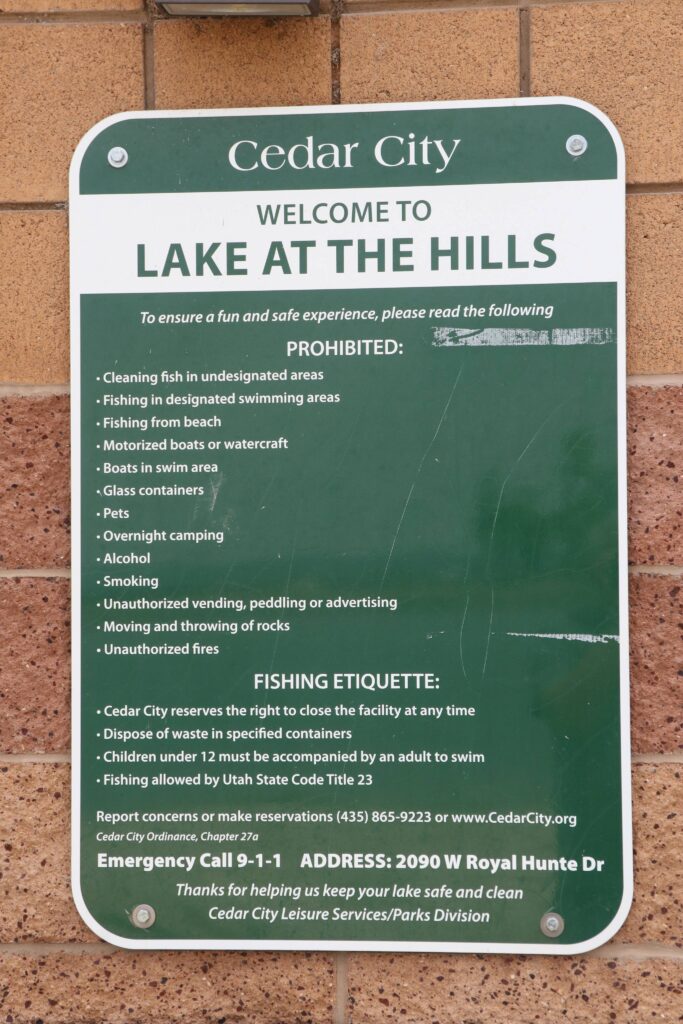 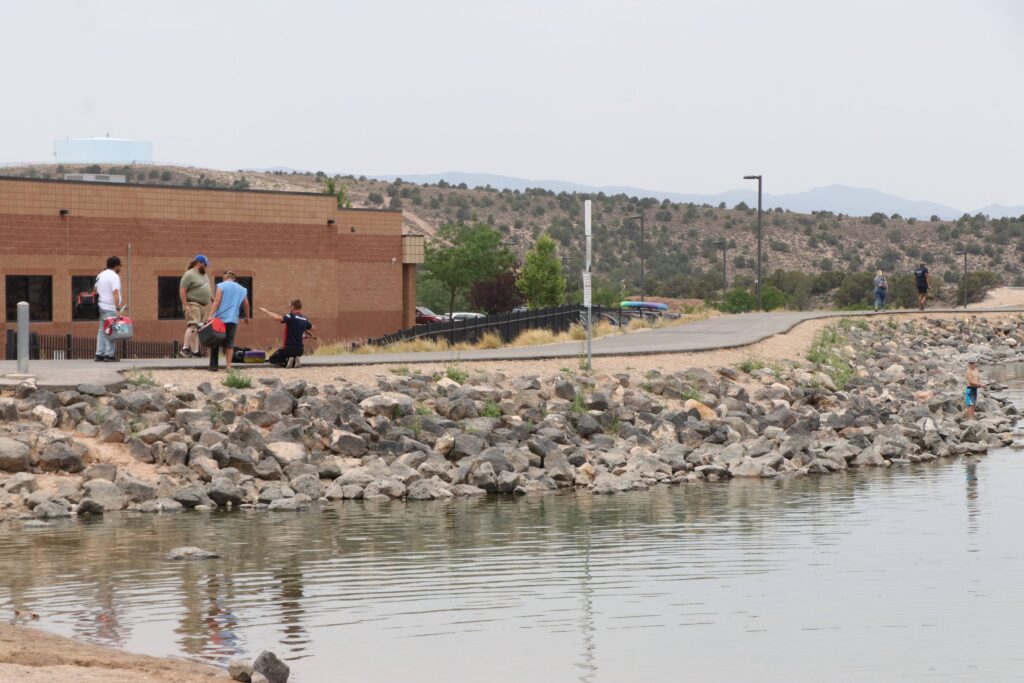 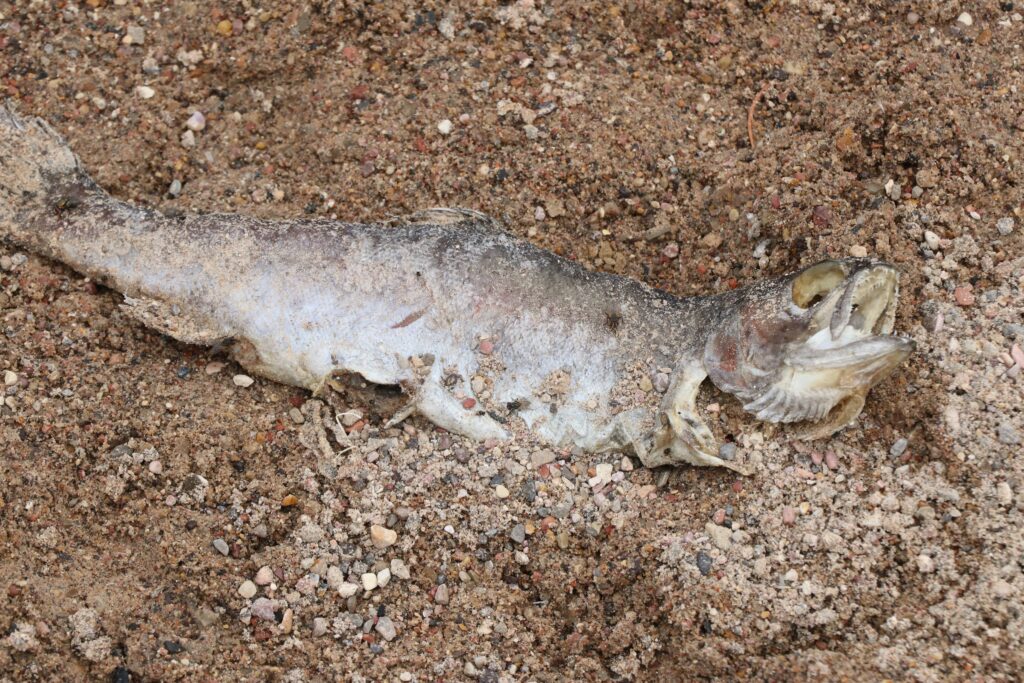 A close-up view of a dead trout washed up on the beach at Lake at the Hills, Cedar City, Utah, July 12, 2021 | Photo by Jeff Richards, St. George News / Cedar City News

Common hunting, fishing violations Utah conservation officers encounter - and how to avoid them

Not your ordinary fundraiser: South Mesa Elementary wraps up second year of performing acts of kindness