ST. GEORGE — At around 2:15 p.m. on Monday, police began receiving calls about a crash at the intersection of 1000 East and Red Hills Parkway in St. George. An 18-year-old woman traveling northbound in a silver Mazda 3 collided with a middle-aged woman driving a white Chevy Traverse.

“The driver of the Mazda, the 18-year-old female, did have a baby in her lap that was not restrained,” said St. George Police Sergeant Tyrell Bangerter. “The air bag did not go off, thank goodness, since the baby was there. She reported that she was possibly pregnant and went to the hospital with abdominal pain.”

The baby suffered only minor injuries including bruising on the forehead, and the baby’s grandmother came to take care of the child in the aftermath. The woman was transported to St. George Regional Hospital by Gold Cross Ambulance.

In the other vehicle, the driver was wearing a seatbelt and her airbag did deploy, which may have contributed to the bloody nose and minor lacerations to the face that the woman sustained.

Bangerter said the accounts of several witnesses were vital in helping police understand what happened as those injured by the crash were receiving medical attention.

“The 18-year-old female traveling northbound ran the red light, and a vehicle westbound struck her in a kind of nose-to-nose T-bone collision,” Bangerter said. “On this one, the witnesses really helped us out by sticking around and giving us a statement on what they observed.”

The younger woman was cited for failing to obey the traffic signal, lacking proof of insurance, having never obtained a driver’s license and having an unrestrained child in the vehicle, Bangerter said.

“Your kids need to be buckled,” he said. “As drivers, we need to be responsible for the care of our passengers, especially those under the age of 16. With a child like this, you need to make sure they’re in proper car seats, facing the right direction and properly buckled in.”

In addition, drivers should always have a valid driver’s license and obey traffic signals, Bangerter said.

Traffic on Red Hills Parkway was fairly busy at that time, but police and other emergency personnel were able to clear the intersection and allow traffic to continue as usual by moving debris to the sides of the street. 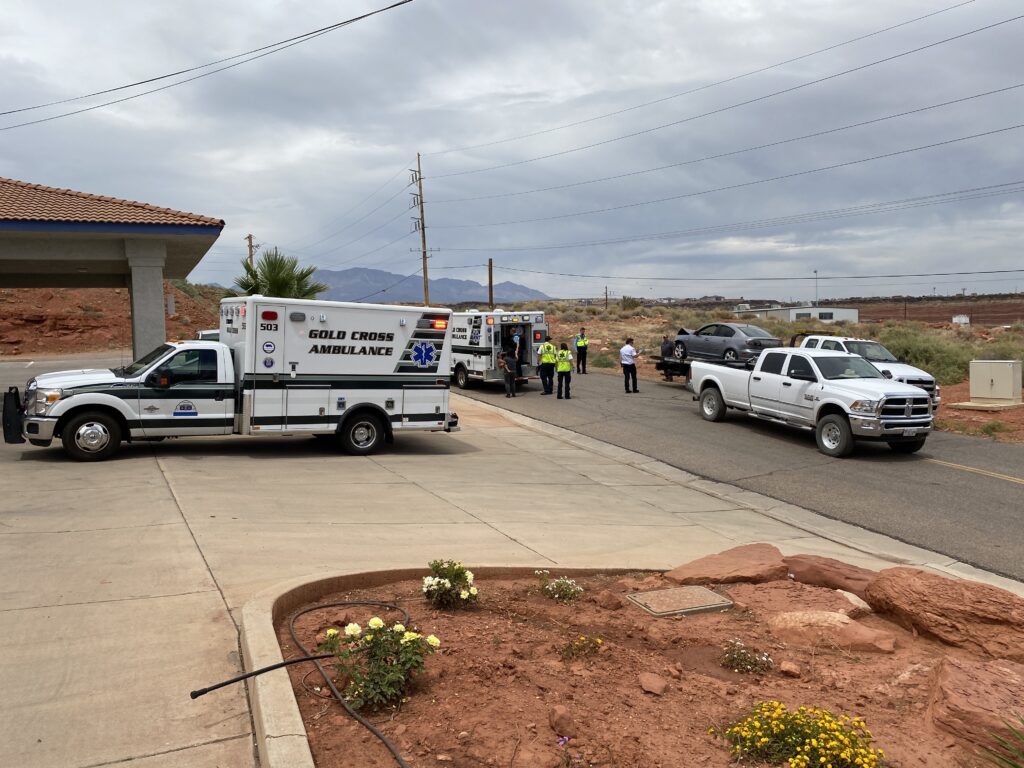 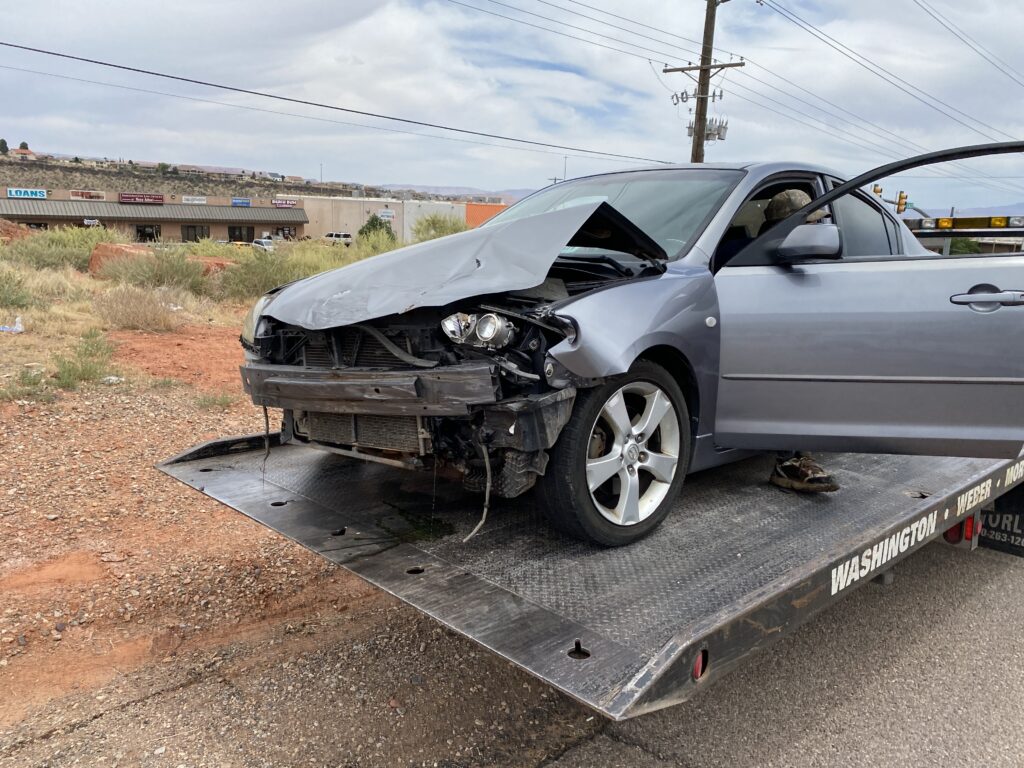 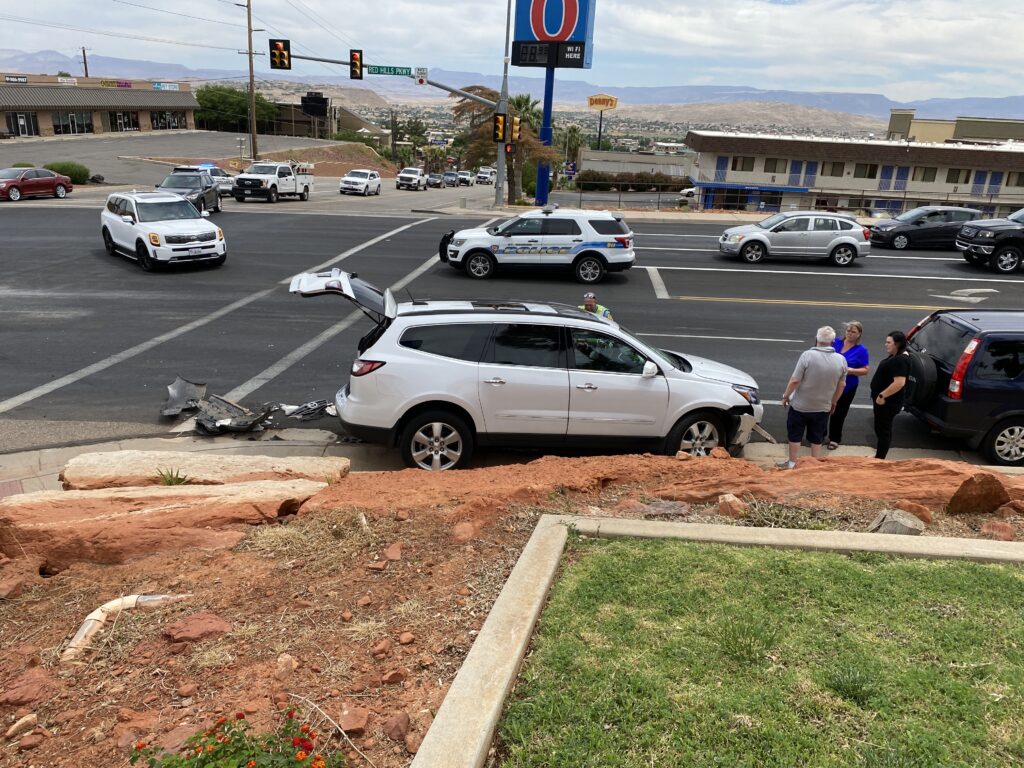 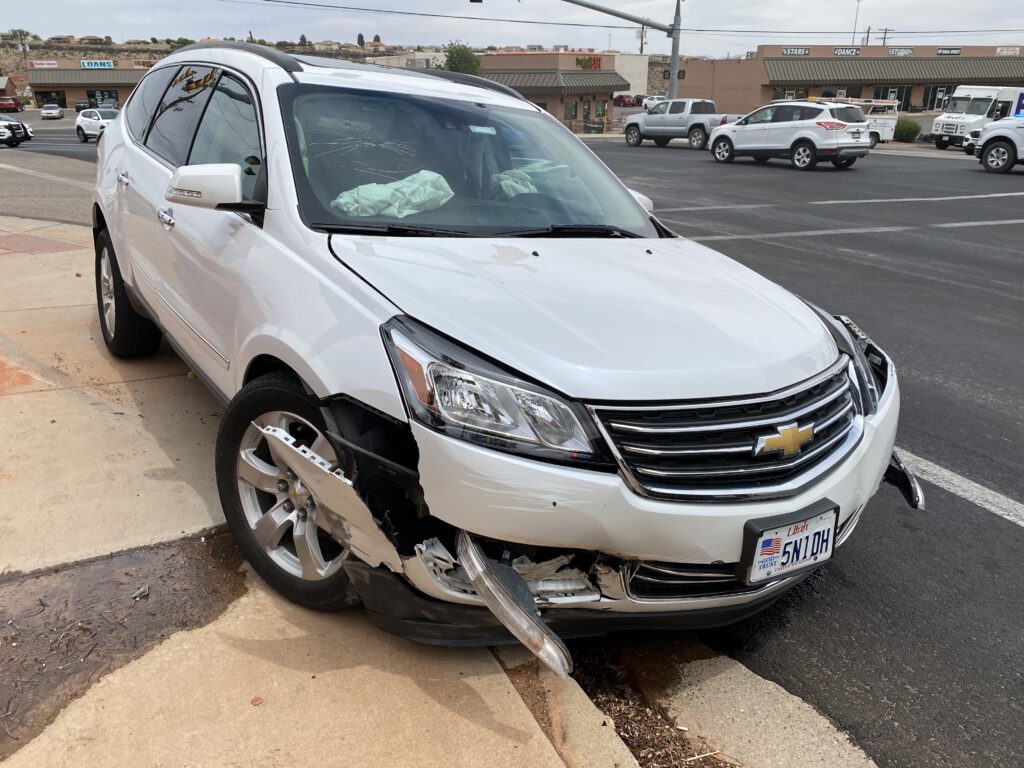 A view of the front of the Chevy Traverse involved in the Monday's accident, St. George, Utah, June 7, 2021 | Photo by Ammon Teare, St. George News 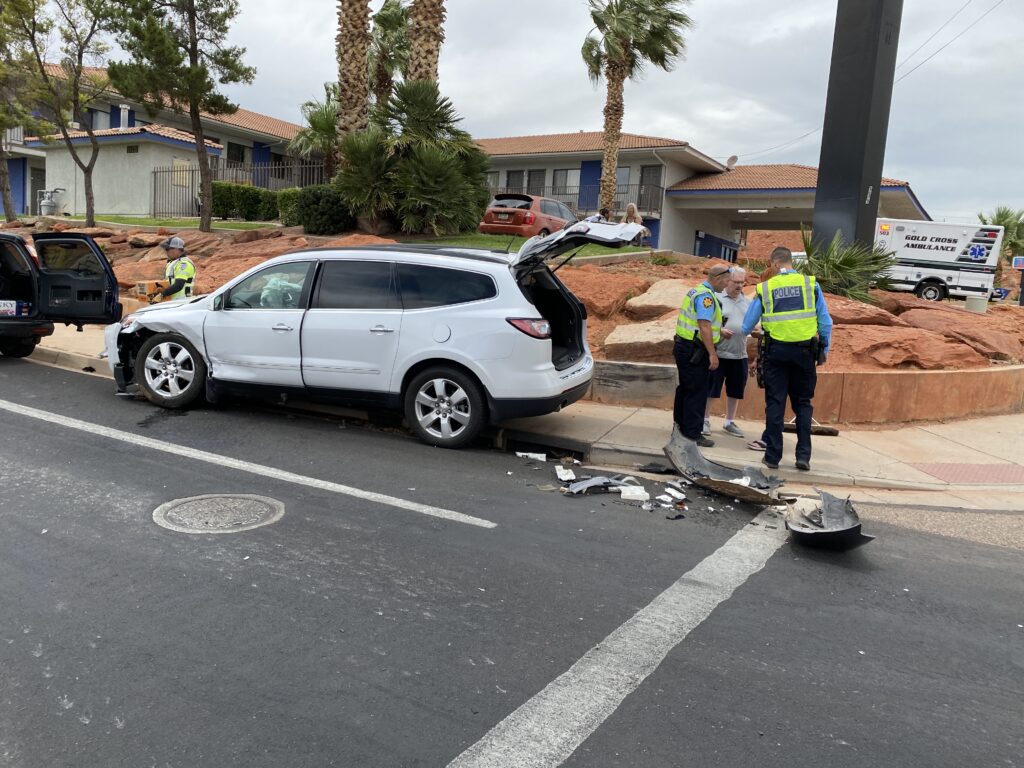 Honor watch creates space for officers and family to mourn, celebrate and heal