ST. GEORGE — The creeping spread of an international disease has occupied the public conscience for almost a year and a half. Ironically, the very animal that may have triggered the global pandemic is facing an epidemic of its own here in the United States.

On Thursday night, biologists with the Utah Division of Wildlife Resources traveled to Mammoth Cave to test bats for white-nose syndrome: a fungal disease that has been making its way across the United States since it was first documented in New York in 2006.

Keith Day, a biologist who manages non-game birds and mammals for the Southern Region Office, led a team of researchers in setting up nets, catching bats and gathering samples to test for the disease.

“Right now the biggest threats they’re facing are extreme drought here in the West and also white nose syndrome,” Day said. “White nose syndrome is caused by a fungus, and this fungus is extremely cold tolerant.”

The fungus that causes white-nose syndrome, Pseudogymnoascus destructans, can grow on the bats and on surfaces in the cave itself. It’s ability to spread in the winter particularly harms bats when they’re at their weakest.

“When the bats are hibernating, they’re not cleaning themselves off,” Day said. “The bats will wake up in order to fight it off. They’re losing energy. They’re losing body reserves and ultimately its dehydration that ends up killing them.”

How to test bats

Situated atop Cedar Mountain near Duck Creek Village, Mammoth Cave is a system of lava tubes snaking beneath the pines and aspens of the mountain. It has five entrances and over 2,100 feet of passages, though some are inaccessible due to their size.

For Day and his team, catching the bats required setting up nets near the openings to the Mammoth Cave system. These nets are made of a fine, dark-colored mesh and ranged in length from 20-40 feet.

“It’s basically a big hair net,” Day said. “There are two ways to test for white-nose syndrome: one is by testing using nets and the other is testing in the hibernaculum.”

Bats fly into the nets unaware, and become more and more tangled as they struggle to free themselves. The biologists then can carefully remove the bat for further testing, cutting the nets wherever necessary to avoid causing injury to the bat.

To test for white-nose syndrome, a bat’s nose and wings are swabbed to obtain a germ sample. In addition, biologists visually examine the animals for the telltale white-fuzzy growth that gives the fungus its name. On Thursday night, wildlife specialists took down data for the bats that were caught, including ear, arm and wing measurements, weight, species and sex.

Just as bats can potentially transmit novel diseases to humans, people can pass their own diseases on to the bats, including COVID-19.

Adam Kavalunas, a Utah prairie dog recovery biologist, was assisting in the evening survey as he had in years past. Kavalunas said that more and more precautions have been taken to keep the bats safe as well as the people, including the recent requirement for N95 masks while handling and testing bats.

One prevailing fear about human-bat interaction is the possible transmission of rabies. According to the CDC, bats are to blame for around 70% of rabies infections in the United States, though that figure does not tell the whole story.

In the U.S., there are only around 1-3 rabies cases a year. Most bats do not have rabies: even among bats submitted for testing because they were obviously weak or sick, only about 6% had rabies.

“In order to test a bat for rabies, you have to kill the bat,” Day said. “You kill 200 bats before you find a bat that has it. There isn’t necessarily any specific danger to having a bat in your house, as far as disease or anything like that.”

What are bats doing in Southern Utah

While white-nose syndrome has never been observed in Utah, news broke earlier this month that the fungus had been detected for the first time in central New Mexico.

Bats, on the other hand, are commonplace in Utah. In Snow Canyon State Park, for example, bats will sometimes roost in the naturally occurring caves and lava tubes, Day said.

Bat surveys are conducted across the state on a three-year rotation, but recently the Division of Wildlife Resources has been testing for white-nose on an annual basis. Some of the bat species found in Utah are the pallid bat, the big and little brown bats, the hoary bat and several of the myotis species.

While some may find bats to be unpleasant or downright creepy, the truth is they’re more helpful than you might think. According to the U.S. Fish and Wildlife Service, consumption of insect pests by bats results in a savings of more than $3 billion per year across all U.S. agriculture.

“People are afraid of bats, so there’s a big education component to their management,” Day said. “All of our bats in Utah are insectivorous. They eat much more compared to their body weight than a person can.”

Insect-eating bats help control insect populations wherever they roam, including cities and backyards. In other parts of the world, fruit-eating bats are critical pollinators and disperse seeds that help restore cleared forests.

As the region develops, people and bats may come into contact more and more often. Bats have been known to roost in houses’ eaves and in attics, sometimes even making their way into kitchens and living rooms when they become disoriented.

“Trying to remove a bat from your house with a hammer or a tennis racket or a baseball bat is not the proper way to do it, and there’s no reason to be that aggressive about it,” Day said. “Bats are protected by state law, so randomly killing bats is not lawful. There are private companies they (homeowners) can work with to exclude bats from their homes. You can call us: in fact, you should call us.”

More information about removing bats from a home can be found on the Utah Division of Wildlife Resources’ website, or by calling the Southern Region Office at 435-865-6100. 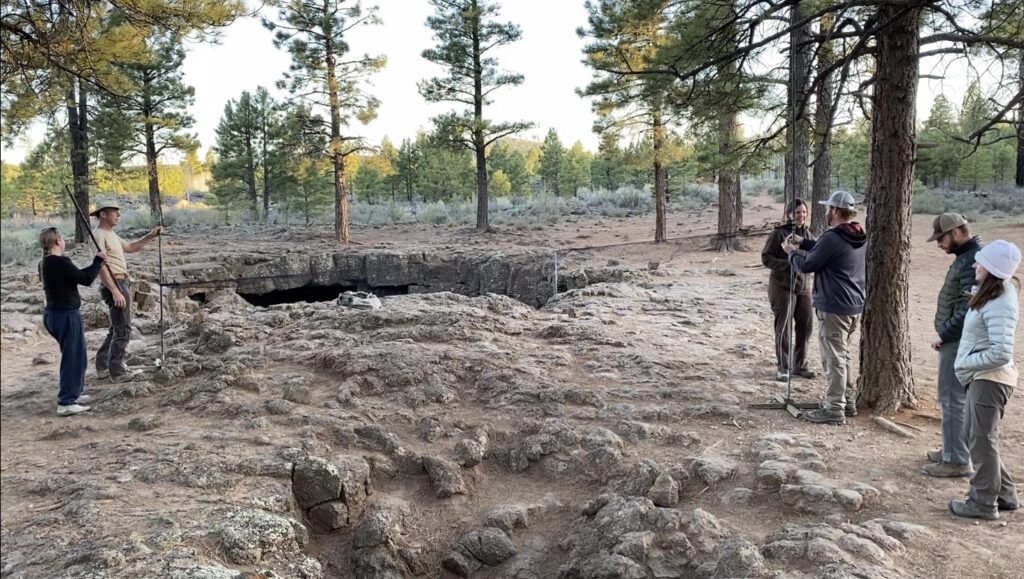 Biologists with the Utah Division of Wildlife Resources set up the stands and netting above one of Mammoth Cave's openings, Garfield County, Utah, May 13, 2021 | Photo by Ammon Teare, St. George News 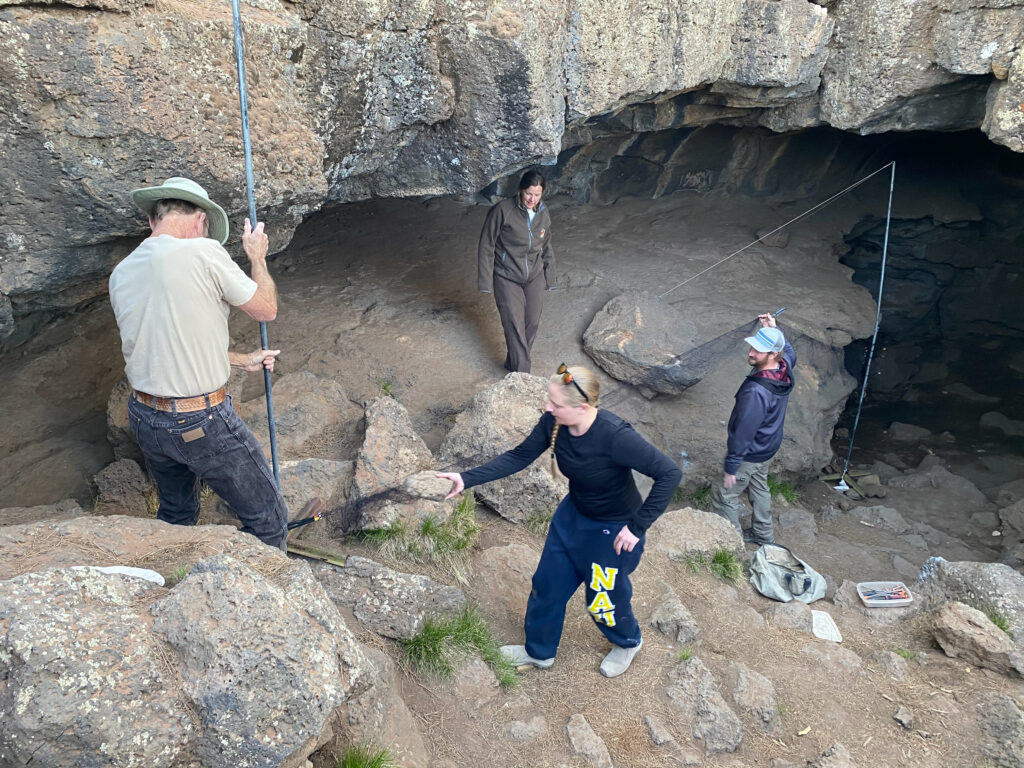 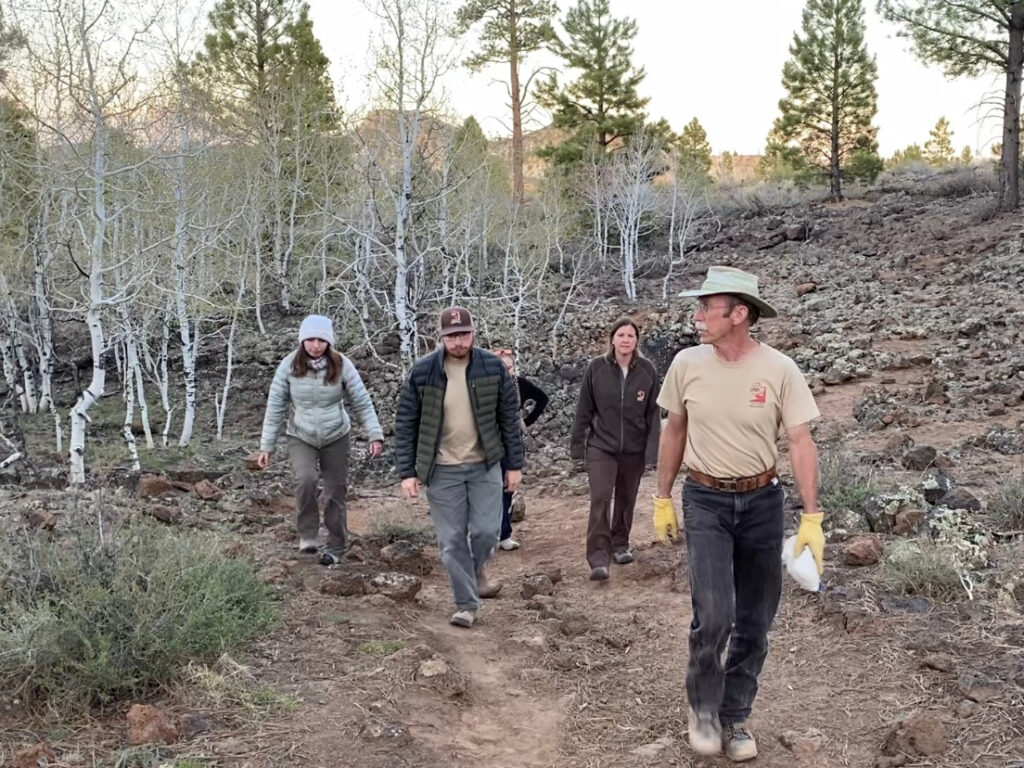 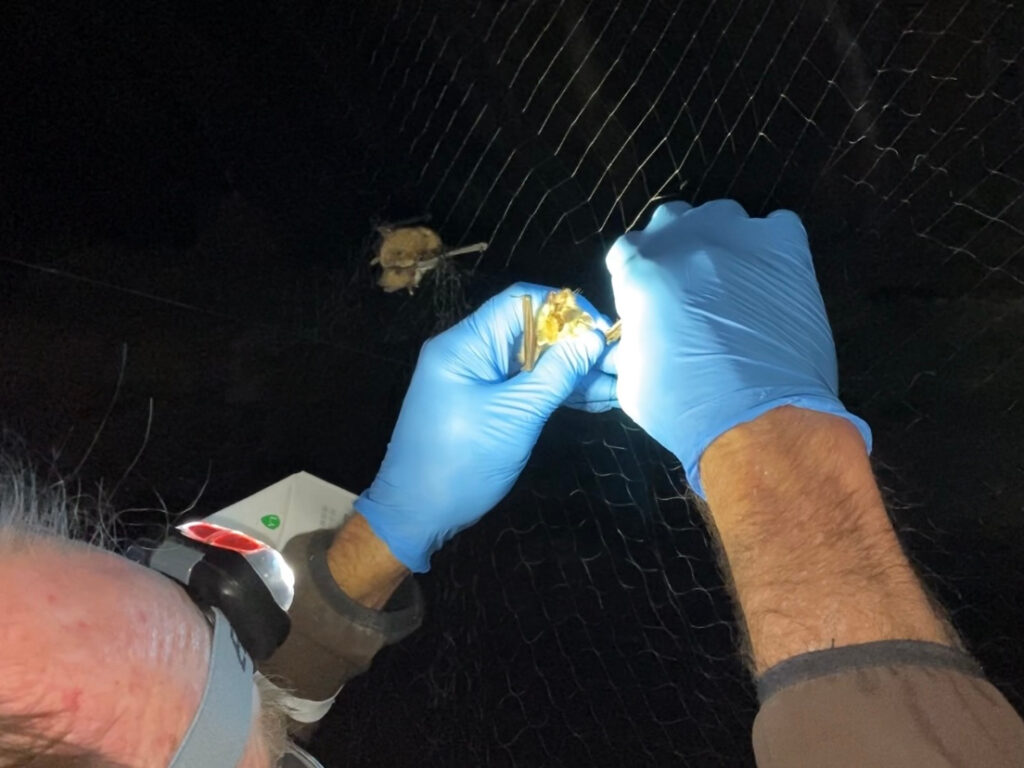 The fine mesh of the net would catch unsuspecting bats. The biologists worked to gently remove the bats, cutting the net wherever necessary to protect the bats' health, Mammoth Cave, Garfield County, Utah, May 13, 2021 | Photo by Ammon Teare, St. George News 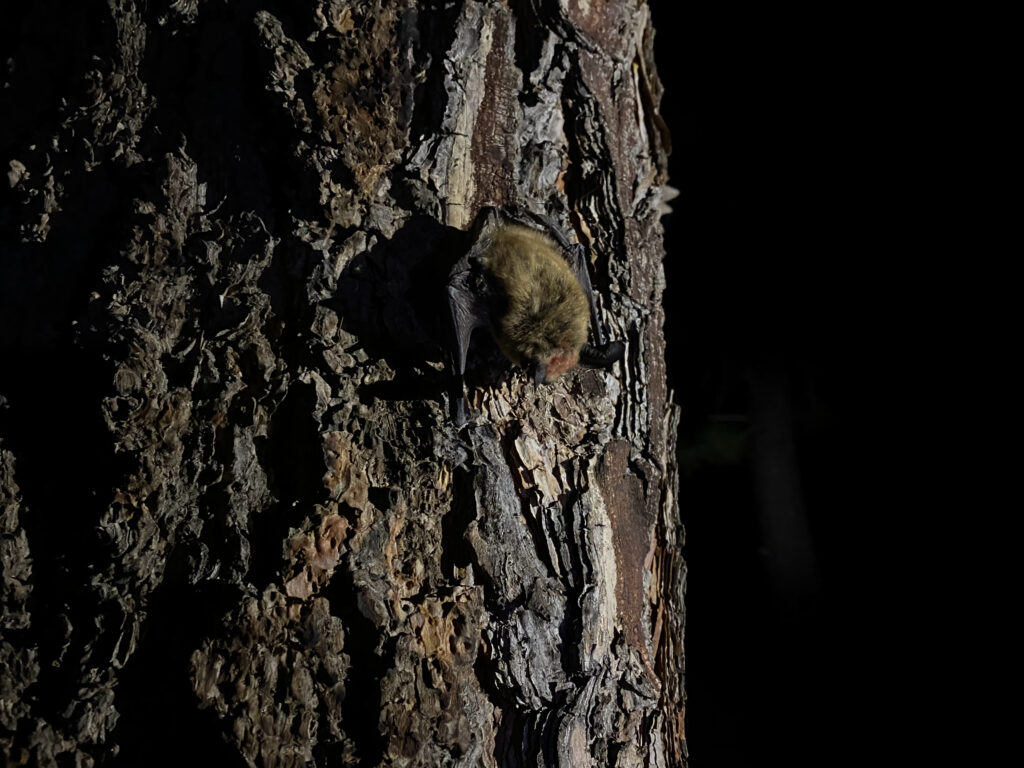 The brown-gold pelage of the long-eared myotis blends against the bark of a pine tree, Mammoth Cave, Garfield County, Utah, May 13, 2021 | Photo by Ammon Teare, St. George News 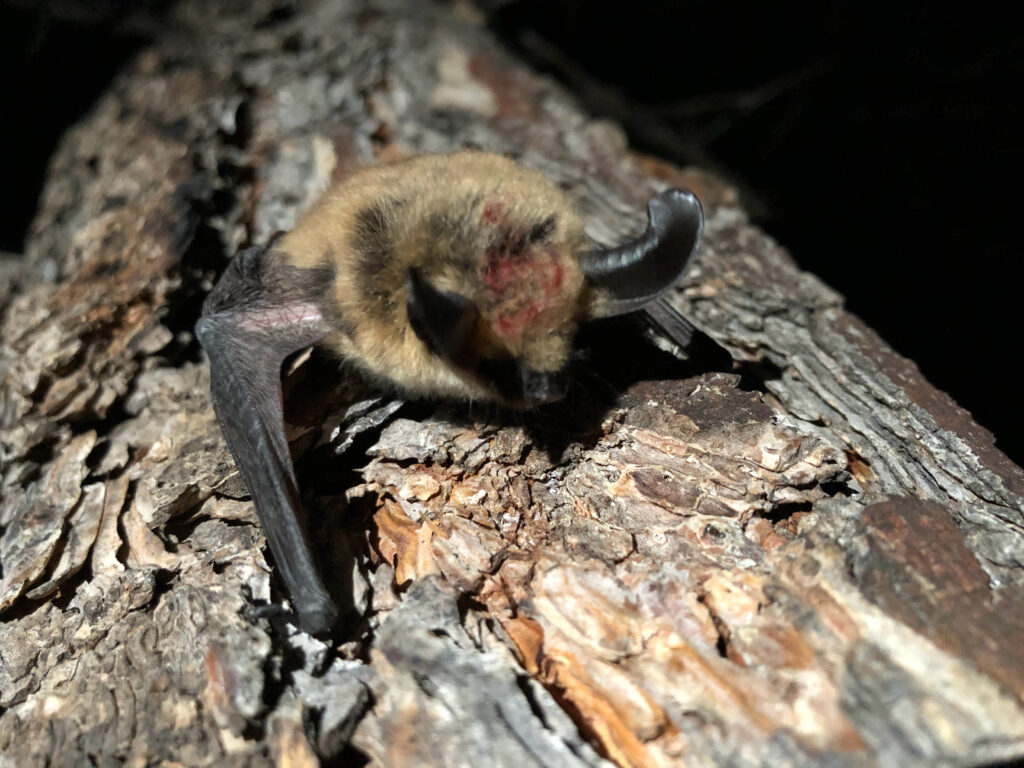 A close-up view of a long-eared myotis (myotis evotis). The bat's forehead is red after being marked temporarily to avoid recapture, not due to injury, Mammoth Cave, Garfield County, Utah, May 13, 2021 | Courtesy of Barbara Sugarman, St. George News 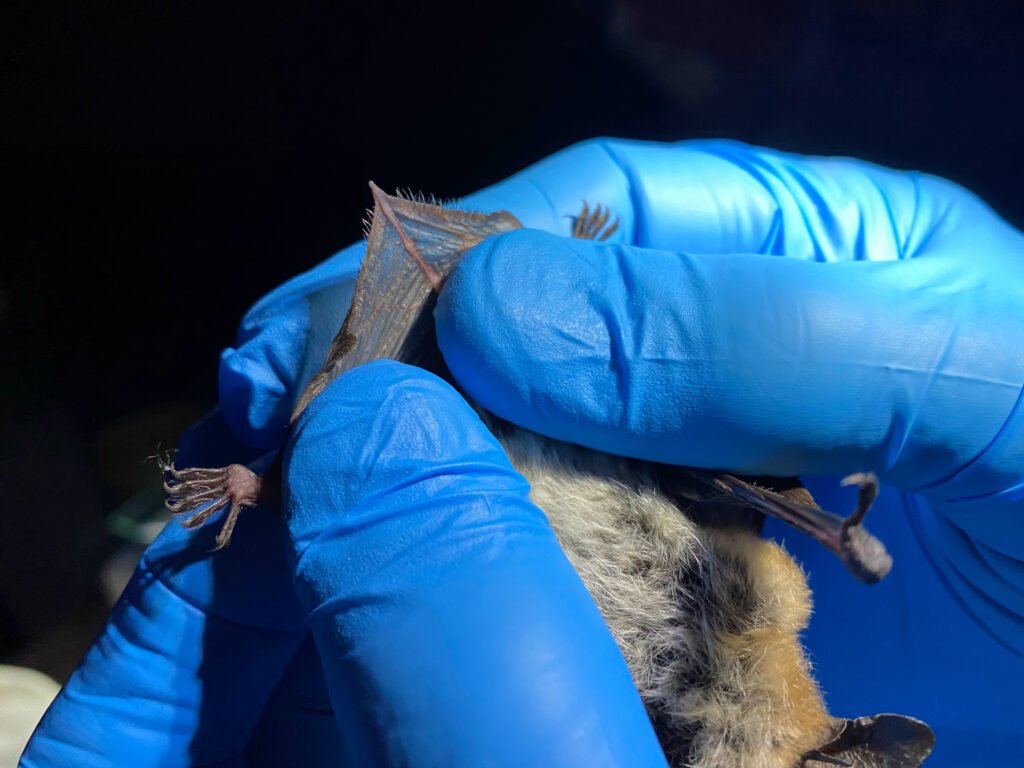 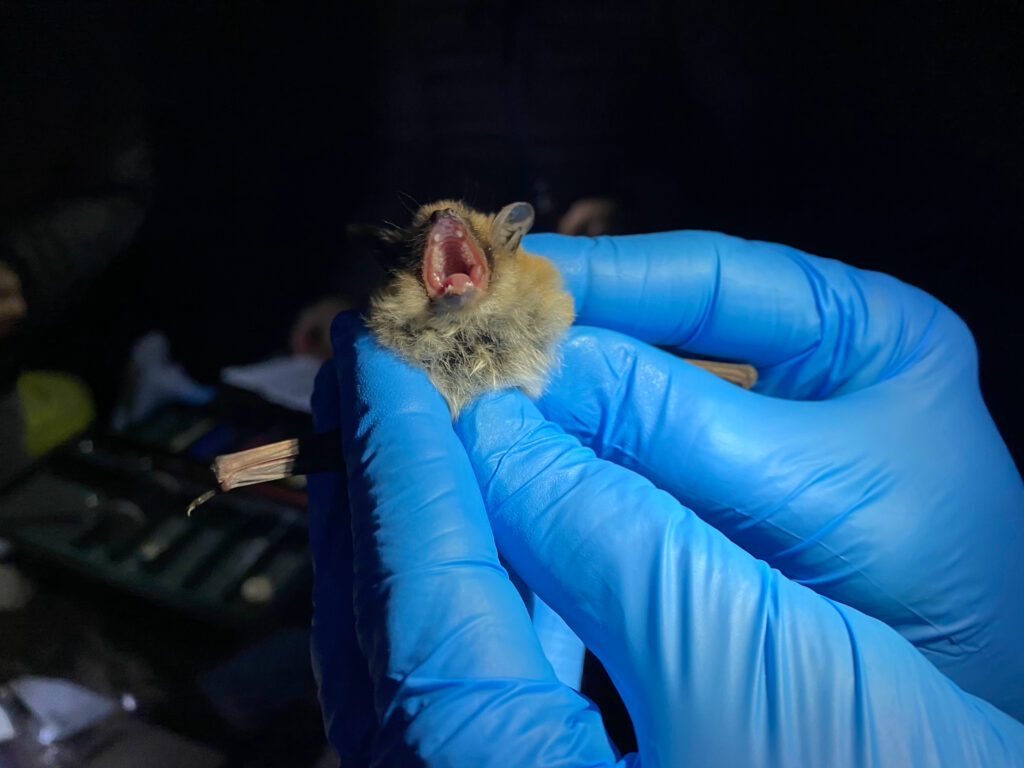 A fringed myotis shows off its teeth. All bats in Utah, including the fringed myotis, are insectivores and rarely interact with humans. Mammoth Cave, Garfield County, Utah, May 13, 2021 | Photo by Ammon Teare, St. George News 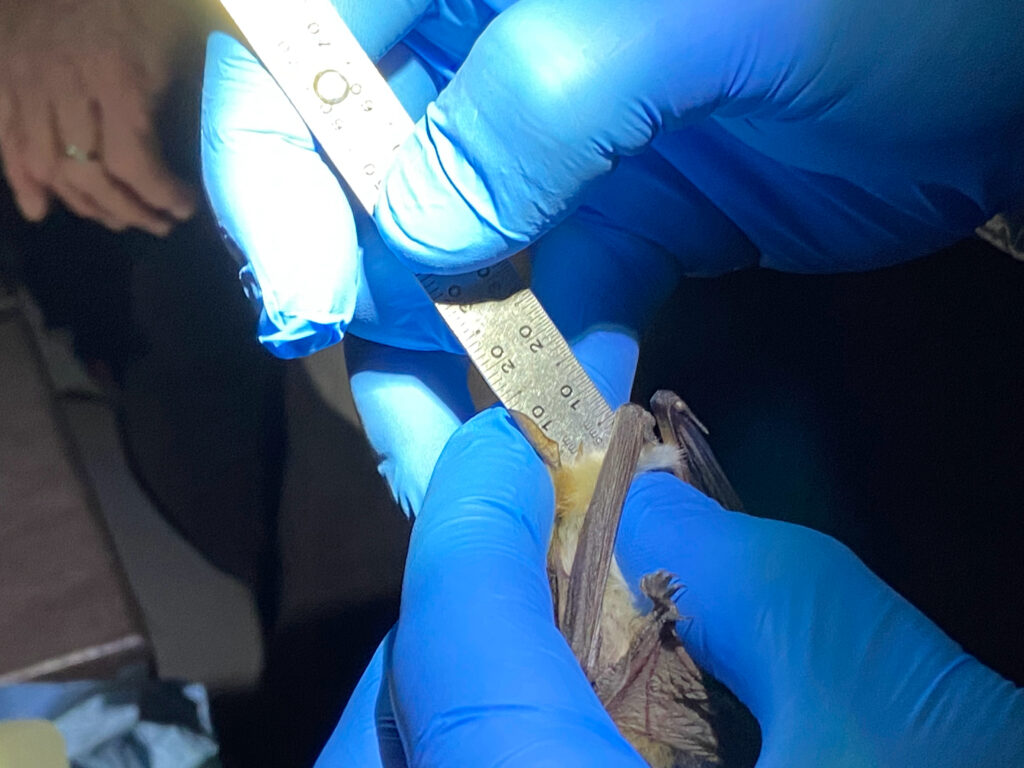 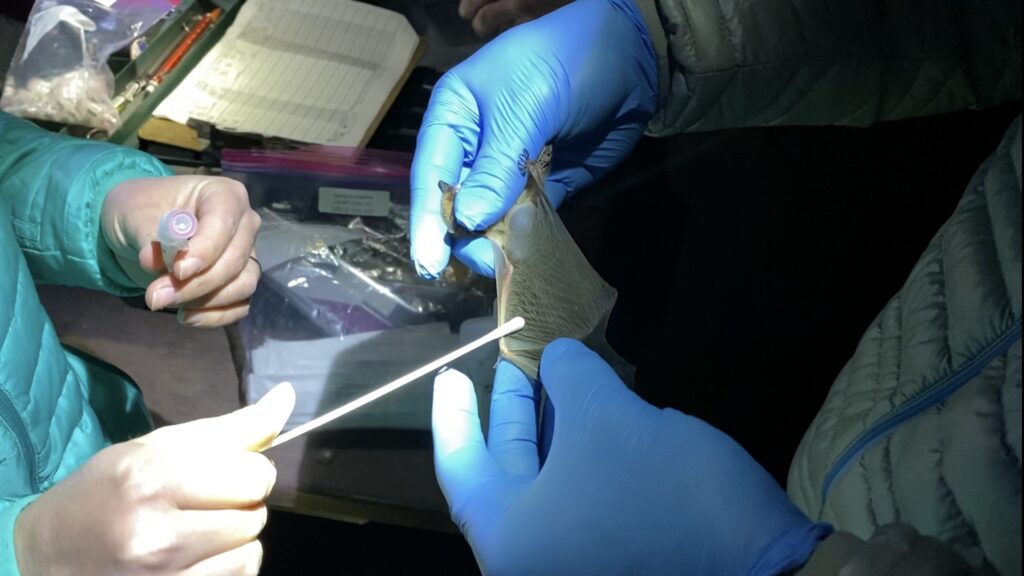 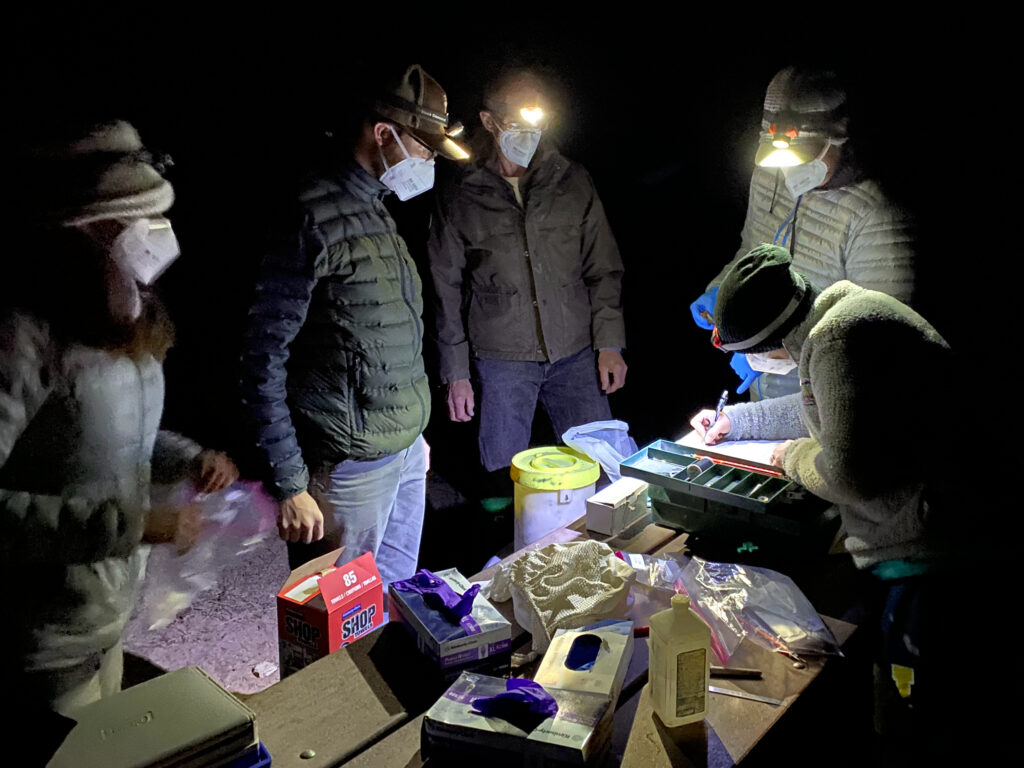 To protect their own health as well as the bats, DWR biologists were careful to use gloves and facemasks in addition to sanitizing their survey tools between bats, Mammoth Cave, Garfield County, Utah, May 13, 2021 | Photo by Ammon Teare, St. George News

St. George emergency crews use Jaws of Life to extract driver after a 2-vehicle collision