ST. GEORGE — A woman in St. George sustained serious burns to her lower body when a fire broke out at 1342 W. 490 N. The house’s other occupants quickly went to her aid and called emergency services, said Sgt. Spencer Holmes with the St. George Police Department.

After a call came in around 4:30 p.m. on Wednesday, the St. George Fire Department, St. George Police Department and Gold Cross Ambulance responded to put out the fire and assist the woman. She was loaded into an ambulance and transported to St. George Regional Hospital shortly after emergency personnel reached the scene.

St. George Fire Chief Robert Stoker said the woman was alone in the front family room when the fire started, so the exact cause of the fire was still under investigation.

“It looks like it may have been smoking material that dropped on the couch – a cigarette or something like that,” Stoker said. “When it started, it burned the couch as well as a cushion, some blankets and some clothes that were on the couch. She’s got some pretty extensive burns on her lower torso and legs.”

The fire was contained quickly once firefighters arrived, so it didn’t spread beyond the front room. Stoker said they used a 2.5 gallon water fire extinguisher to put out the couch and the cushion that were still burning at the time of arrival.

“Not a lot of damage to the home: mostly smoke,” Stoker said. “The cushion and the couch put off a lot of black smoke, so that did fill the house. We were able to ventilate it out by just opening the windows and doors and letting the breeze blow it out.”

Good housekeeping can help prevent a fire’s spread by keeping things uncluttered, Stoker said. In addition, he advised smokers to always use a metal or ceramic ashtray rather than something potentially flammable like a plastic container. 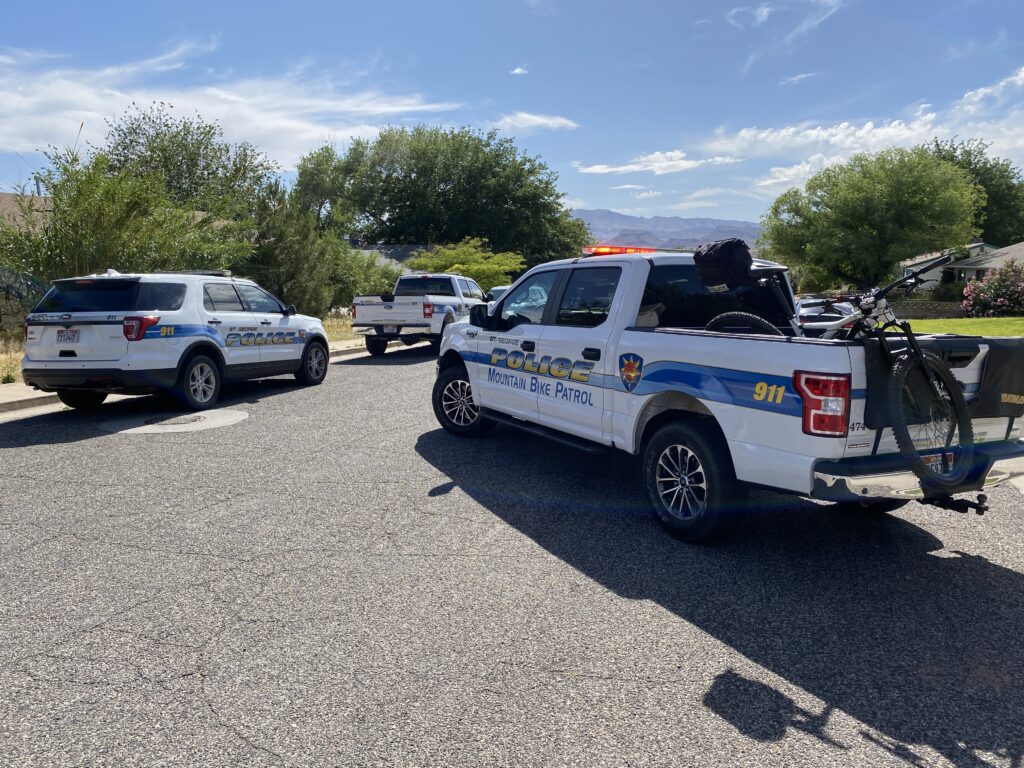 File photo for illustrative purposes only of St. George Police officers closing east end of 490 North to thru traffic while for firefighters, St. George, Utah, May 19, 2021 | Photo by Ammon Teare, St. George News 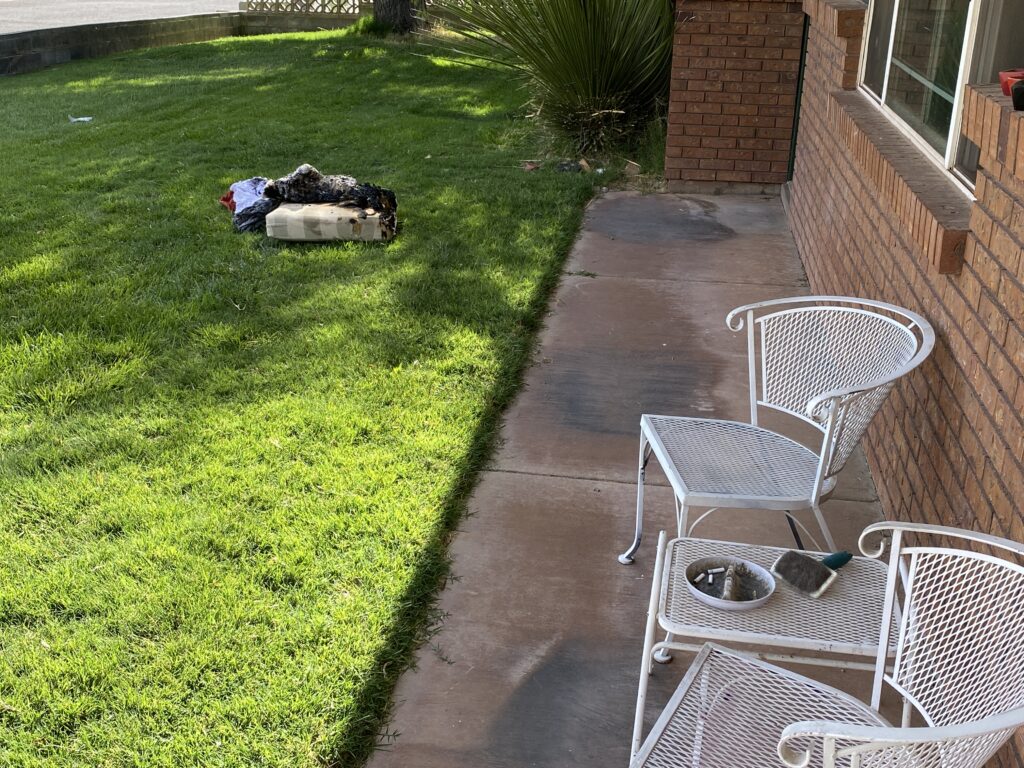 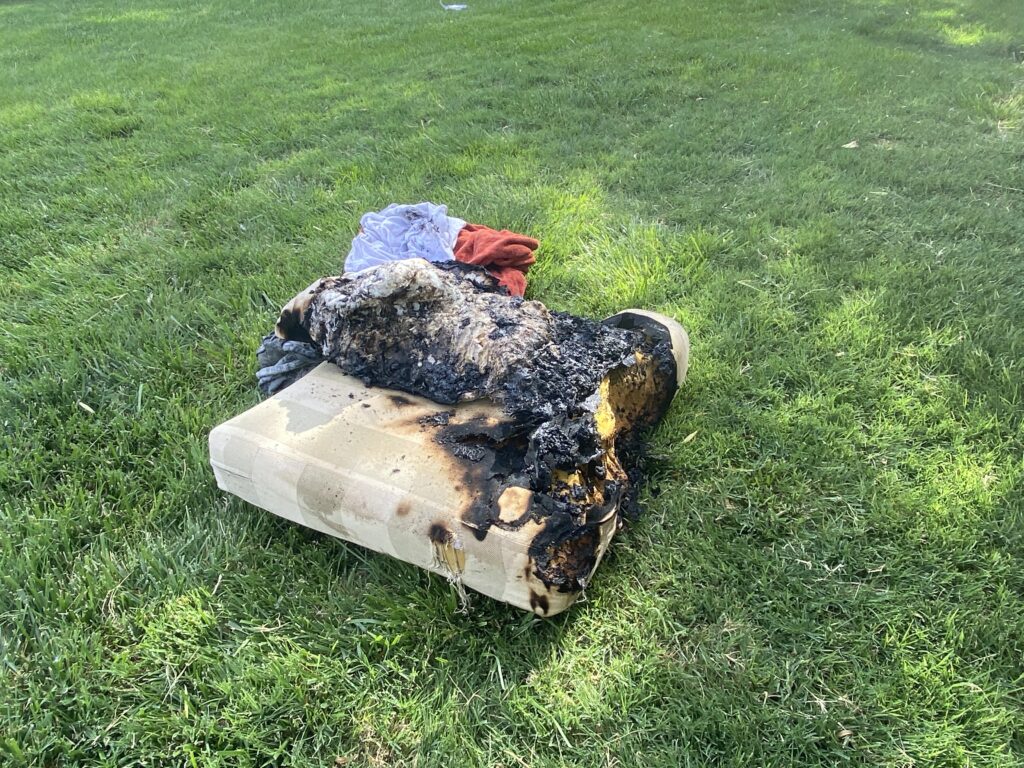 A close-up view of the fire damage sustained by one of the couch cushions caught in the blaze, St. George, Utah, May 19, 2021 | Photo by Ammon Teare, St. George News 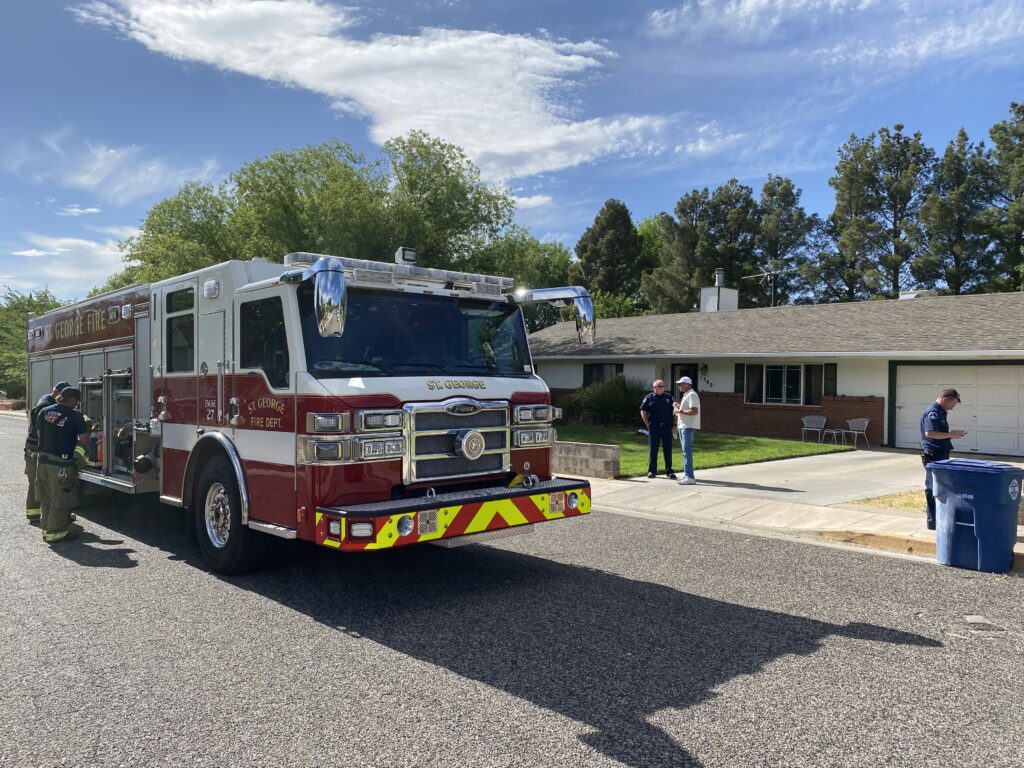 Fast-moving fire destroys SUV within minutes on I-15 in St. George