ST. GEORGE — For 11-year-old Porter Green, it’s always been easy to get caught up in reading a great story to escape to a world of adventure. So when his fifth grade class was challenged to participate in a “Read Your Way through College” program, Green was excited to try and work his way to the highest level of achievement.

To earn the “doctorate” award from teachers and staff at Riverside Elementary School, he would have to complete many hours of personal reading as well as coordinate a family, class or community reading event. What started as a simple idea to use social media and reach a few more people became an international event spanning six continents and more than 20 countries.

“I chose to post it all on Facebook and have everybody invite their friends, and then they would invite their friends and so on,” Green said. “There were around 930 members from countries like South Africa, Malaysia, Argentina, Chile and we had a lot of people from the United Kingdom.”

Green set a goal for all members to read at least one hour on April 3. He said he was hoping to have a combined total of one million pages read. Though he’s not allowed to use social media on his own, his mother Sarah Green helped to set up a Facebook group and posted updates to the growing community.

“Porter’s got some severe ADHD, so once we hit about 500 members he was feeling very overwhelmed,” she said. “But I’ve seen him try to focus more on the goal he set, so that’s been very encouraging as a mom to see him want to follow through and finish.”

On April 3, people began reporting their page counts and sharing the books they had read. The responses from participants were overwhelmingly positive, with some people saying they wanted to make the read-athon a regular event.

“Myself and my daughter were very excited to be a part of it solely for the reason that we would be able to impart the importance of reading,” said Luisa Viray of the Philippines. “Reading was truly a big part of my growing up as it was my friend through thick and thin – literally! It opens doors, windows and bridges to another world.”

Terri Reid, best known for her Mary O’Reilly Paranormal Mysteries series, invited her readers around the globe to participate in the read-athon. She said she was inspired by Green and his decision to share the love of reading with the world.

“Reading is such a personally immersive experience – you don’t need technology to travel to different lands, to understand what another person is experiencing or to have empathy for a complete stranger,” Reid said. “I really think the world needs more people like Porter who encourage us to stop and take the time to read.”

To try and measure the impact of the read-athon and to help Porter Green earn his reading award, his mother asked group members to fill out a survey that would track the books read, page count and languages read.

For his part, Green read for more than an hour that day. He spent his time reading “My Side of the Mountain,” “Island of the Blue Dolphins” and “The Impossible Quest.”

About half of the group members responded to the survey, combining to read more than 28,000 pages. Though the final count fell shy of the goal, the Green family was able to use the opportunity to talk about the value of setting goals and the unexpected successes.

Porter Green said he was excited to be able to learn about the countries where people participated, and he encouraged other kids or even adults who have big goals like his to make something that will improve other’s lives.

His mother said she was excited to see that many of the participants who were fluent English speakers chose to read in their native language, but that the biggest benefit came from the family bonding they experienced.

“Overall it’s provided really good one-on-one time for us to be able to spend time talking to each other and exploring where these places are on the map,” she said. “Today’s world is so chaotic and busy that we don’t take enough time to slow down and really spend one-on-one time with our kids, and this has made that happen.”

Porter Green lives with his parents and five siblings in Washington. The Green family plans to make the read-athon a regular event, but they don’t know yet whether it will be held weekly or monthly. Those interested in learning more can visit “Porter’s Read-A-Thon” on Facebook. 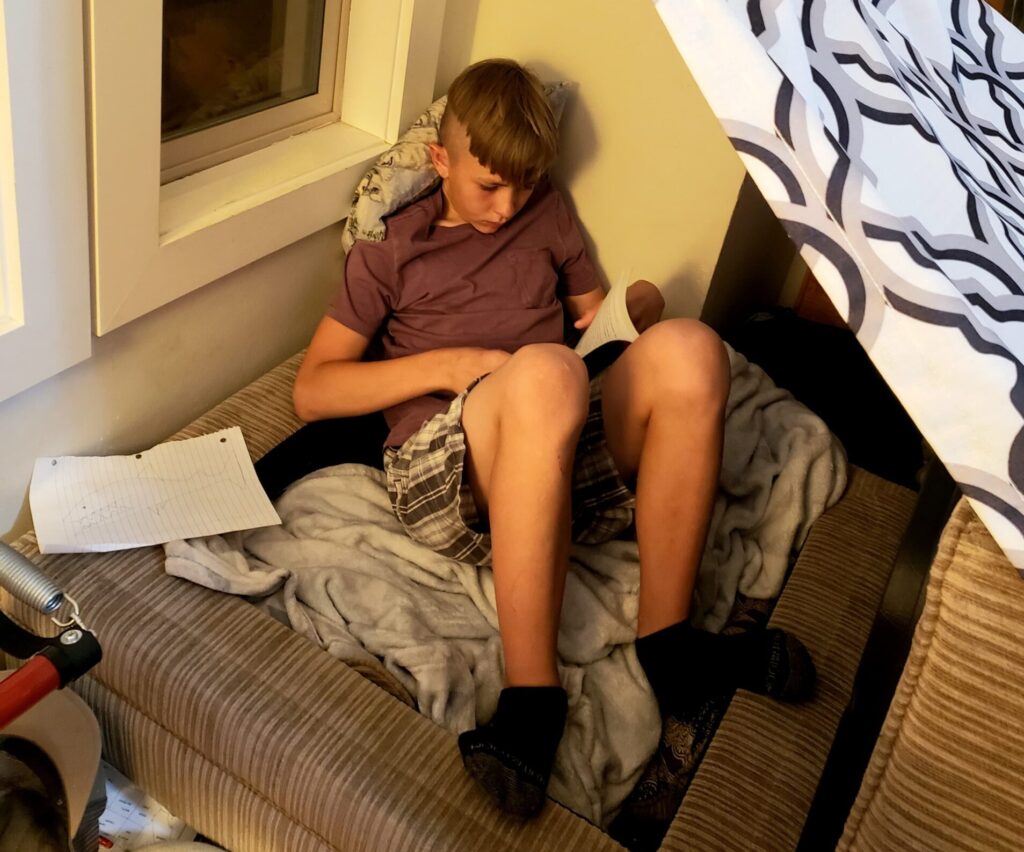 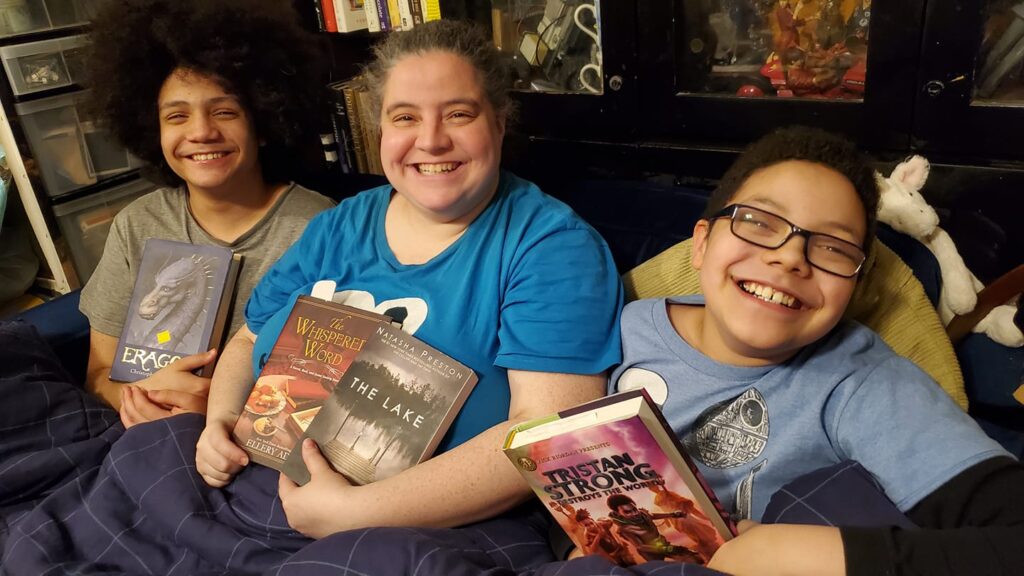 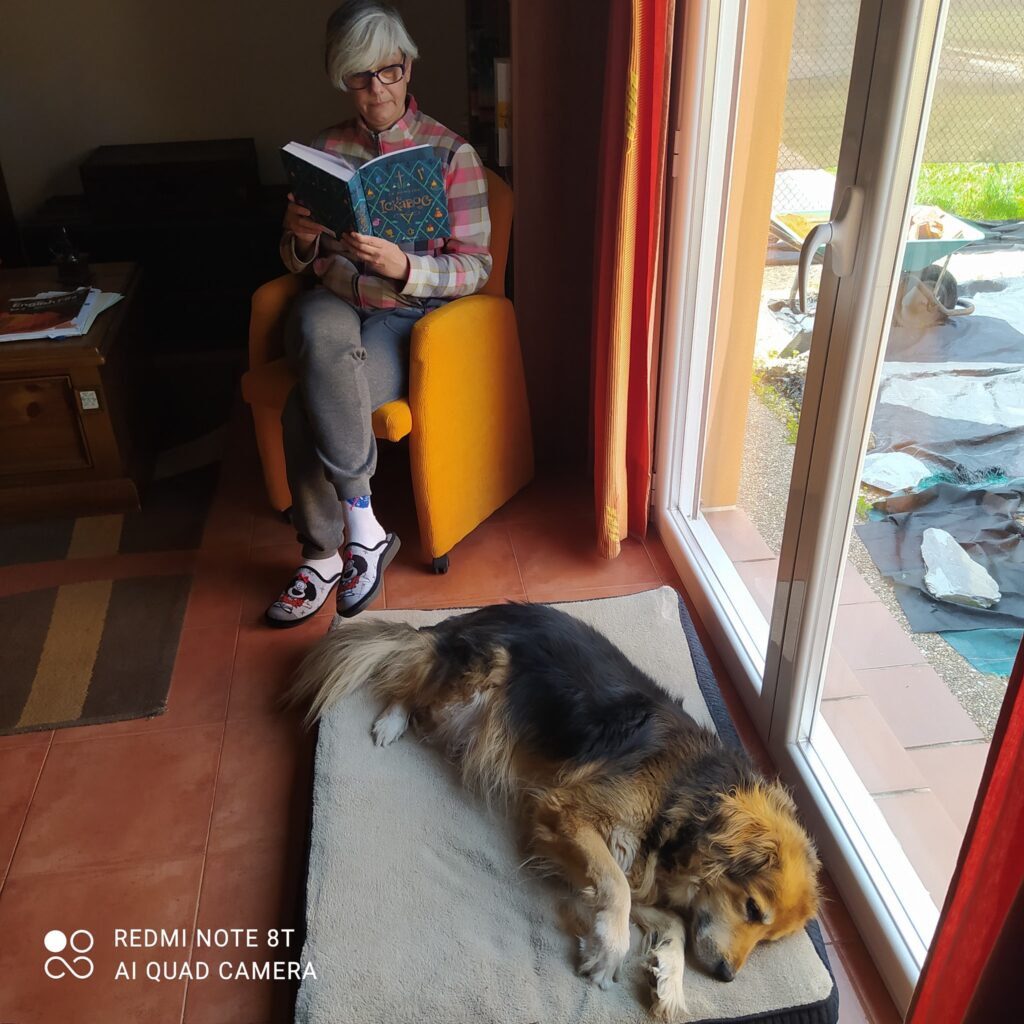 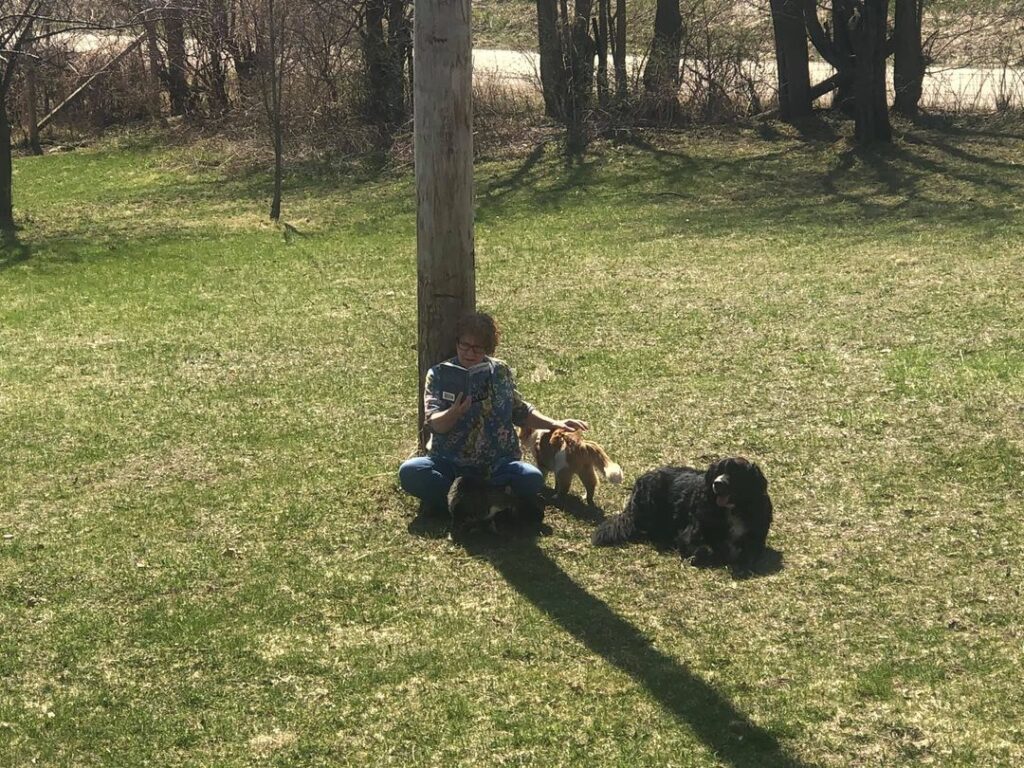 A published author known for her work in paranormal, mystery and romance, Terri Reid joined with hundreds of other readers for the read-athon, Location not specified, April 3, 2021 | Courtesy of Terri Reid, St. George News 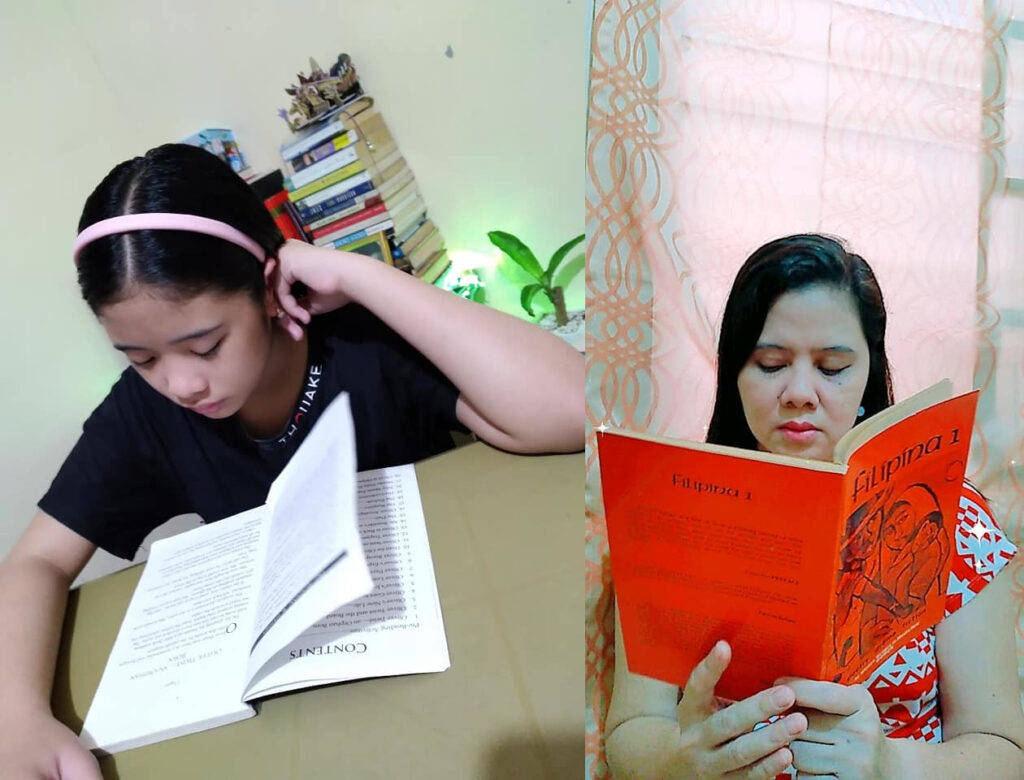 Luisa Viray (right) and her daughter participated in the read-athon from their home in the Philippines, April 3, 2021 | Courtesy of Luisa Viray, St. George News 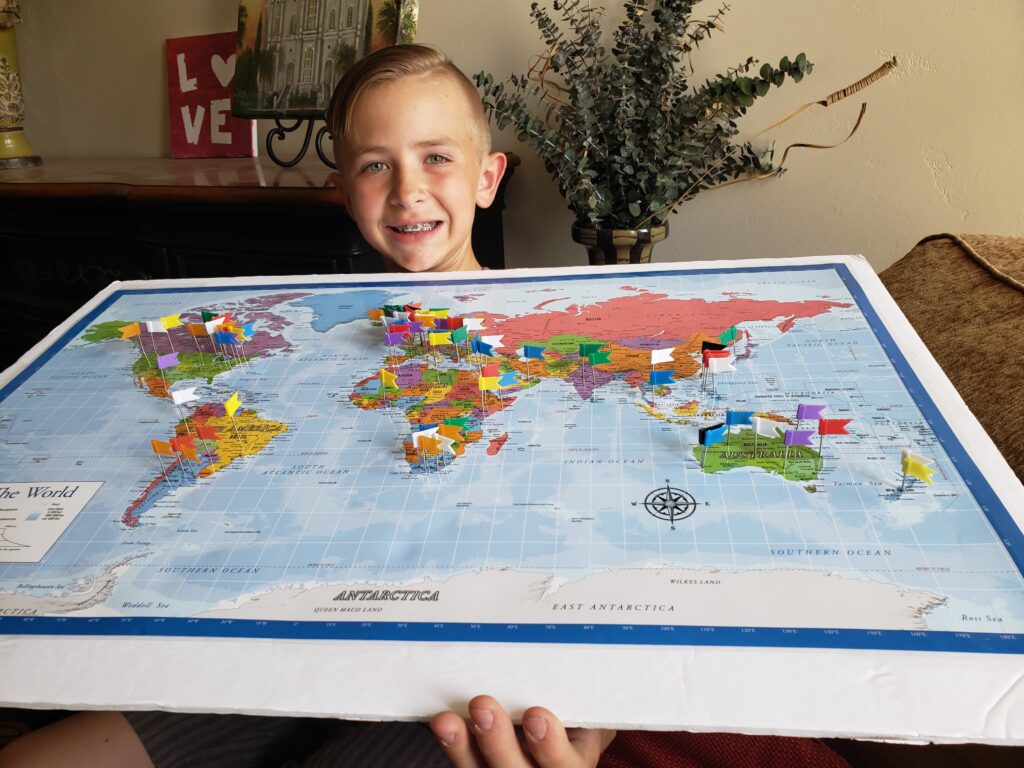 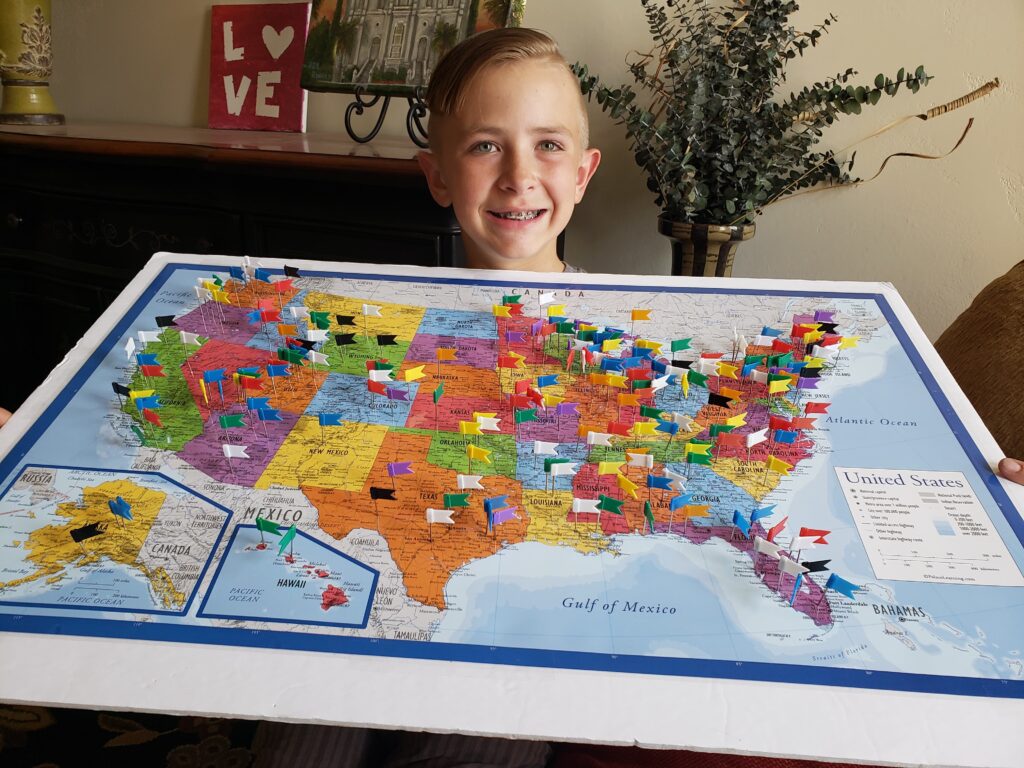 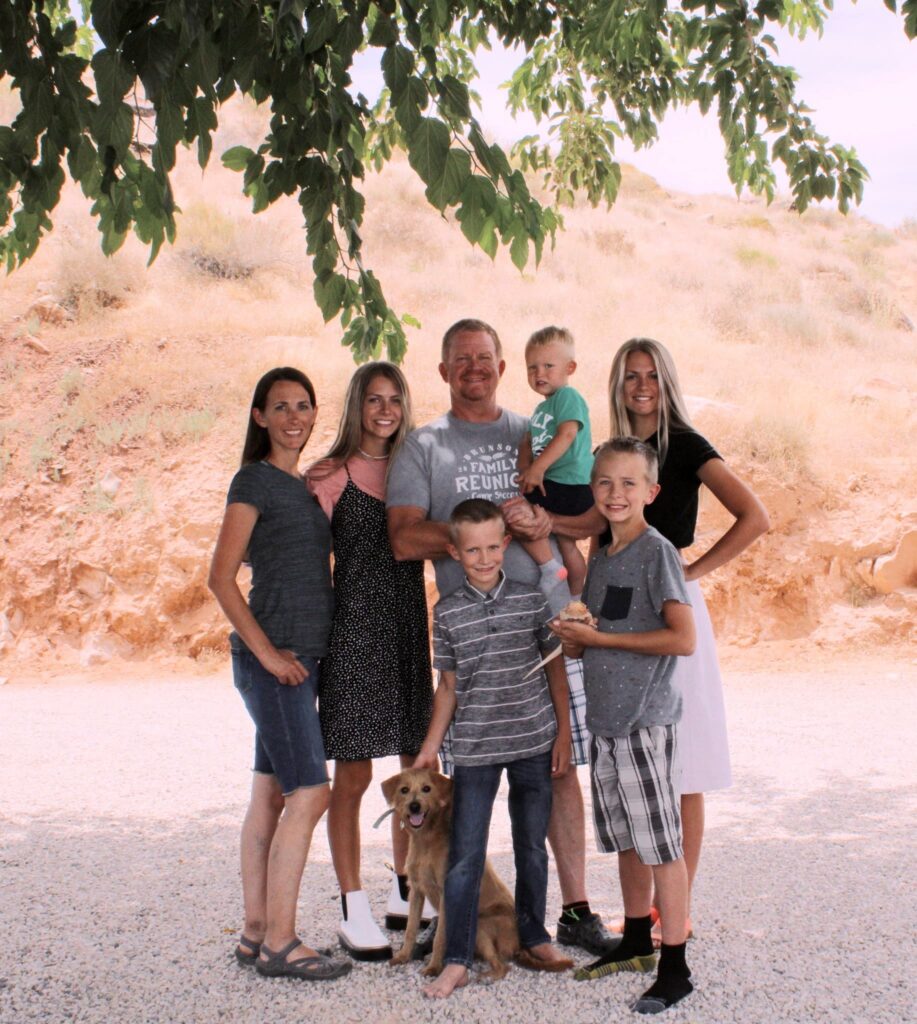