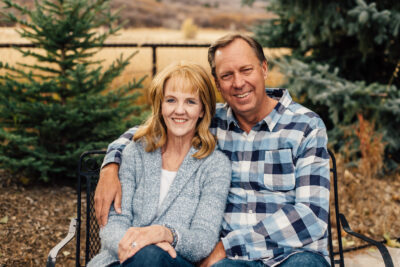 Rebecca Guymon of St. George, Utah returned to her Heavenly Father on Saturday, March 6, 2021. She was born Feb. 13, 1967 in Mount Pleasant, Utah to Dale and Lorraine Nielson Ross. She married Steven Warren Guymon on Feb. 4, 1989 in the Manti Utah Temple.

Rebecca spent nearly all of her life in Utah, moving to Richfield at two months old, attending and graduating from high school in Cedar City in 1985, where she played the flute in band and orchestra, was on yearbook staff and went to Utah girl’s state.

She then graduated from Snow College in 1987, and later attended Southern Utah State College (now SUU) when she met her husband at a singles ward in St. George that she attended on the weekends. They were engaged just four weeks after they met. She worked as a bank teller and then mortgage and loan officer until her first child was born in St. George, at which point she devoted her attention to raising her children.

She was a strong advocate for her family, supporting her children through many high school musicals, basketball seasons, and executive council events, and her husband in his work and church callings. In her final years, she found joy in spending time with her family and especially her grandchildren.

Outside of her family, she also loved the women in her book club, who were a source of tremendous support for her over the years, particularly after she was diagnosed with cancer.

Special thanks to Dr. Te, Rex, and the nurses Erika, Ryan, Natalee and Cecile who cared for her so tenderly for 3.5 years after her colon cancer diagnosis and the numerous ward members and neighbors who brought meals to support her.

Family and friends are invited to view the funeral service online. Please click on the link http://webcast.funeralvue.com/events/viewer/49824

Arrangements are made under the direction of Spilsbury Mortuary, 110 S. Bluff St., St. George, Utah, 435-673-2454. Friends and family are invited to sign Rebecca’s online guestbook at www.spilsburymortuary.com.

'We will always come to you': Iron County Search and Rescue team responds to injured mountain biker