ST. GEORGE — Despite record mail-in and early voting participation across the country, thousands of Washington County residents turned up at the Dixie Convention Center in St. George Tuesday to cast their ballots in the 2020 election in person.

Ryan Cunningham, a poll worker at the Dixie Convention Center, said before polls even opened there was a line of nearly 1,000 people waiting to get inside the building.

“We got through them in about 45 minutes,” Cunningham said, adding that they had been seeing an average of 700-1,000 people come through the polls an hour.

Though there was a steady stream of people, Cunningham said the process had been smooth and calm all morning.

In Utah, same-day voter registration is allowed, and Cunningham said they had seen a lot of people, particularly first-time voters, registering to vote on the spot.

“A lot of people that registered to vote, same-day registration, that’s a pretty common theme,” he said.

As people registered to vote, the room would erupt with cheers,  Cunningham added.

“If we know you’re a first-time voter, we’ll give you the applause, a big announcement and just have some fun with it,” he said.

St. George News spoke to several voters as they exited the polls to find out what issues drove them to vote, what kind of experience they had, who they voted for and why they wanted to vote on Election Day.

Despite the smooth process and lightheartedness, there were many who had come to the polling place expressing fears over national tensions and their desire to make sure their vote was counted by dropping it off in person.

See voters’ comments about the election in the video at the top of this report.

While Utah had some big elections on the ballot, including the races for governor and attorney general, the overwhelming concern of the voters questioned was the presidential election.

Still others, like Hurricane resident and private school teacher Tina Forsyth, said they had come to the polling place to set an example to her students and her children. 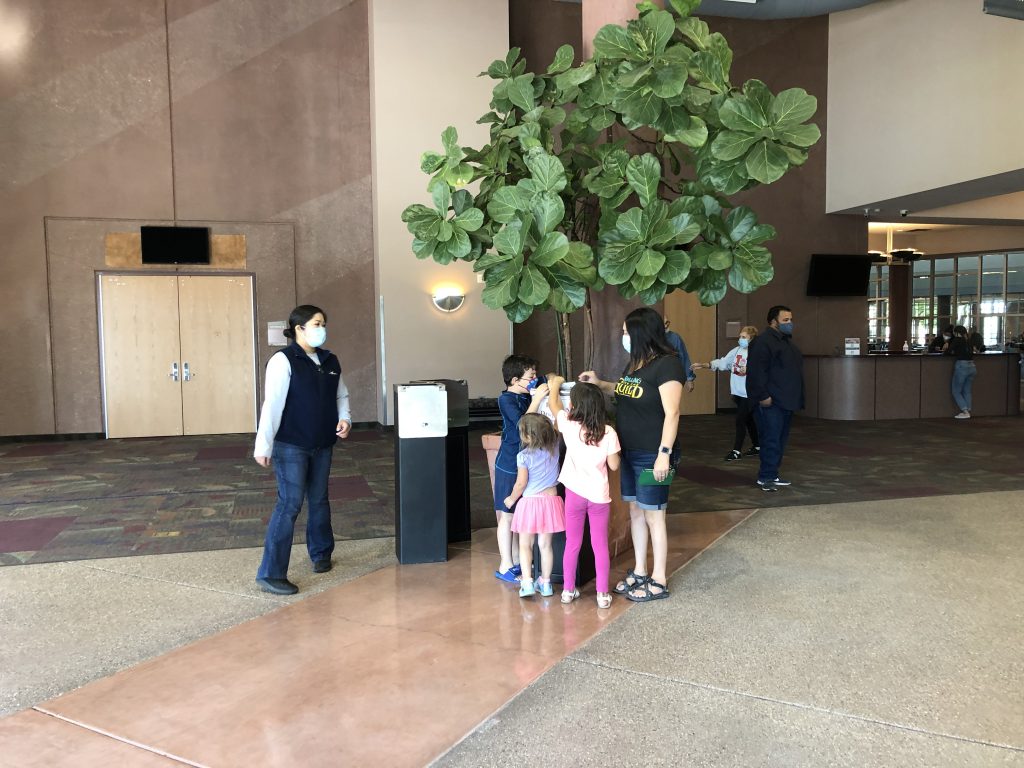 A family participates in the voting process as they drop off a ballot at the Dixie Center St. George, St. George, Utah, Nov. 3, 2020 | Photo by Hollie Stark, St. George News 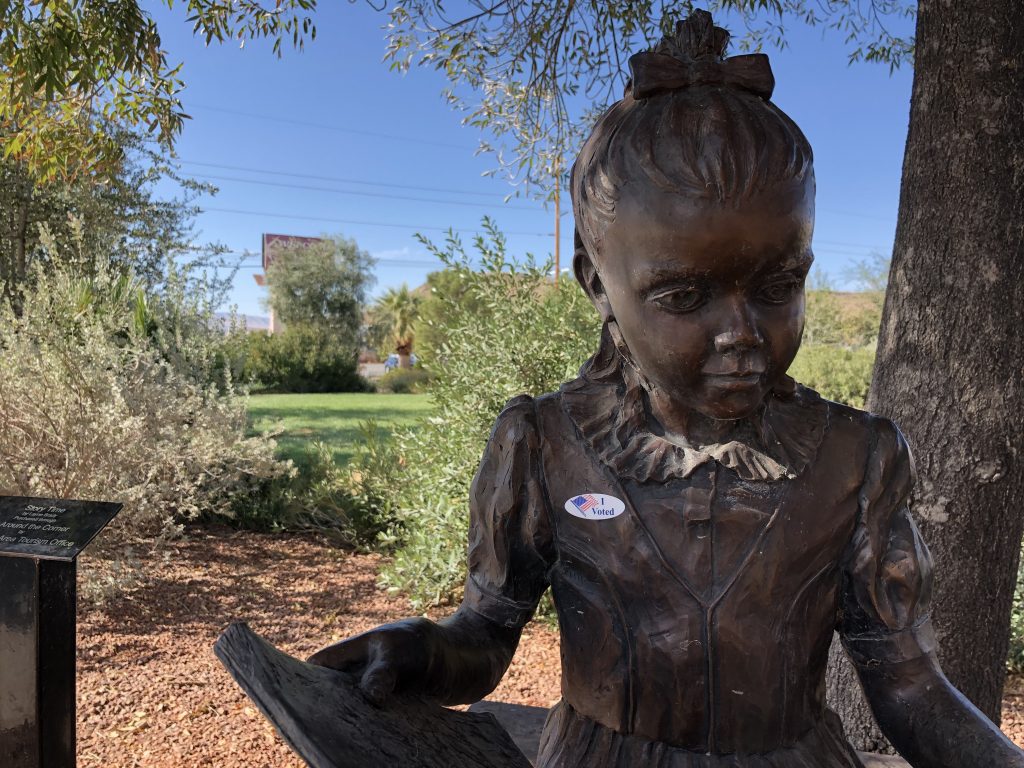 A statue at the Dixie Center St. George is given an "I Voted" sticker on Election Day, St. George, Utah, Nov. 3, 2020 | Photo by Hollie Stark, St. George News 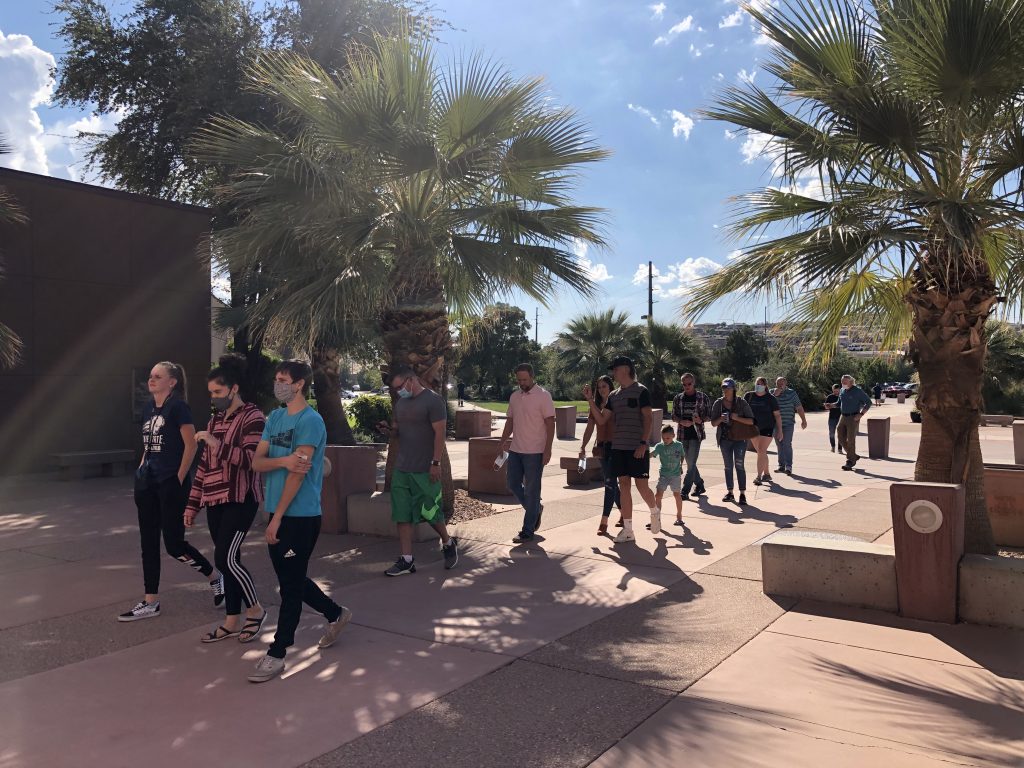 A line of people waits to enter the Dixie Center St. George in order to cast their votes in the 2020 election in person, St. George, Utah, Nov. 3, 2020 | Photo by Hollie Stark, St. George News

Bus-sized asteroid passes Earth closer than some satellites; more on the way in time for Election Day