ST. GEORGE — After years of facing allegations concerning misconduct and discrimination, the Colorado City Marshal’s Office has seen a major overhaul in the last year, both internally and externally.

This transformation is led by Chief Robb Radley, who hopes to use the lessons of the past to build a better future and rebuild a foundation of trust between law enforcement and the twin cities that rest on the Utah-Arizona border.

Radley, who has been at the helm of the Colorado City Marshal’s Office for a little more than a year, has undertaken a project of a lifetime – to initiate a complete overhaul of the department, both administratively and operationally, and improve the department’s standing in the community.

Radley told St. George News that the goal behind the efforts is to rebuild the trust that was lost due to a pattern of discriminatory policing that plagued the department for decades.

While officers continue to address various aspects related to former beliefs and situations, Radley said the Marshal’s Office is “focused on moving forward as a department and in how we serve this community.”

He said that mission starts with a well-trained department that is better equipped to handle any type of situation. To that end, the Marshal’s Office, previously housed in the basement of the City Hall building, was moved to the Colorado City Elementary School on Colvin Street, a large complex that was sitting unoccupied and abandoned.

This decision to move was based both on costs and space as the new layout would provide plenty of room to implement intended changes within the department.

Since this transition, the interior of this building has been painted using colors that would make the building appear to be “less like a school and more like a police department,” Radley said.

An area that once held classrooms now has a large reception area and office separated by bulletproof glass as well as a large conference room for training, a secured corridor, a room for officers to write reports, a secured evidence room, kitchen facilities and a work-out room.

Renovations also involved creating a secured bay for patrol units to pull into, so when they have a detainee, for example, the officer can walk the person into the facility without the chance of the person attempting to flee. This area is also blocked from public view, enhancing public safety.

A DUI testing station with a large portable breathalyzer unit was also implemented and includes a holding room, where a suspect can be secured while testing takes place. It is the only testing facility that is centrally located and would enable officers to test individuals without having to go to the purgatory in Hurricane or Flagstaff, Arizona, as is the current procedure.

Near the kitchen is a HAZMAT washing station and shower to allow officers to remove any hazardous materials before they return home to their families, along with a high-efficiency washer and dryer to remove any substances from their uniforms.

The large conference room was set up to facilitate training exercises that could benefit not only the officers serving with the Marshal’s Office, but also the officers, troopers and deputies serving in surrounding agencies, including the Mohave County Sheriff’s Office, Arizona Department of Public Safety, Washington County agencies and others, Radley said.

Large glass doors were installed that separate the section of the building that is open to the public from the secured offices, patrol room and other secured areas designated for police functions.

Much of the building materials and labor were donated by members of the community, Radley said, including many of the furnishings, tilework, lighting and other construction materials. More important than cutting renovation costs, these donations provided the community an opportunity to be involved in something in which they could take ownership. The officers, too, spent a great deal of their own time doing various construction projects throughout the building, and the combined effort is what made it all possible.

“This is their Marshal’s Office,” Radley said, “I mean, literally, since they spent so much of their time and effort helping to renovate it.”

He also went to great lengths to preserve the town’s heritage as the building was being renovated, steps that included breaking through the drywall lining many of the halls and corridors, to reveal the adobe brick used during the original construction of the school. The rectangular-shaped sections were then backlit to draw attention to the material and add to the aesthetics of the building.

Historical photos are also being preserved that will eventually line the hallways once renovations are completed.

In addition to the building renovations, each patrol vehicle was outfitted with a newly-designed logo, efforts that began this year, and police uniforms changed from gray patrol shirts and dark trousers to kaki-colored pants and black shirts, changes that serve as a visual reminder of the shift in public perception.

Radley said the role of Chief Marshal has been a complicated one, but he began with an open mind focused on a mission that has remained fairly specific – to provide law enforcement services which are “governed by the Constitution of the United States and the law of the states – period,” he said, referring to the laws governing both Arizona and Utah.

Based on the premise that people will form an opinion on their local police force based more on how they’re treated during interactions and less on the end result, Radley’s efforts have been focused on policing that instills a level of trust within the community, which starts with an understanding that anytime there is a call to emergency dispatch, regardless of where the call originates or what initiated it, residents know that help is on the way and their issues or disputes will be heard by one of a dozen officers serving under his command.

The department is unique as well, being that officers have the authority to police in two states, and can even provide assistance when needed in both Arizona and Utah, “which isn’t found in any other local police department that I can find,” Radley said.

On the face of it, he said, the task of implementing change is a complicated one and involves two polarized landscapes. On the Utah side, Hildale has been in the process of unprecedented change following the 2017 election that placed Donia Jessop as the city’s mayor, and those sweeping changes did not end there. The town’s City Council also changed drastically, after being predominantly led by members of the Fundamentalist Church of Jesus Christ of Latter Day Saints for nearly a century.

On the Arizona side, by comparison, the town has remained frozen in time in some ways, and has retained an ultra-conservative position — with one distinct advantage, he said.

“Hildale is still relatively conservative,” Radley said, “And Colorado City, while somewhat resistant to change, has been very supportive of the department’s efforts, and has started to open up to doing things differently, which has helped a great deal as we continue to move forward.”

Additionally, he said, both city councils have been very respectful toward one another, and even with the sweeping changes that continue across the area known as “Short Creek,” city officials on both sides are focused on rebuilding both towns’ infrastructures as well as the relationship between the community and law enforcement.

That rebuilding process is not confined to city government either, he said, as witnessed in many situations where residents, both active-FLDS members and non-FLDS, have come together to fix a problem or address an issue, setting aside their differences to achieve a common goal.

Since taking command, emergency call numbers have increased, likely due to an increase in public trust, as opposed to a rise in the number of crimes or incidents being reported – which is a good sign, Radley said. 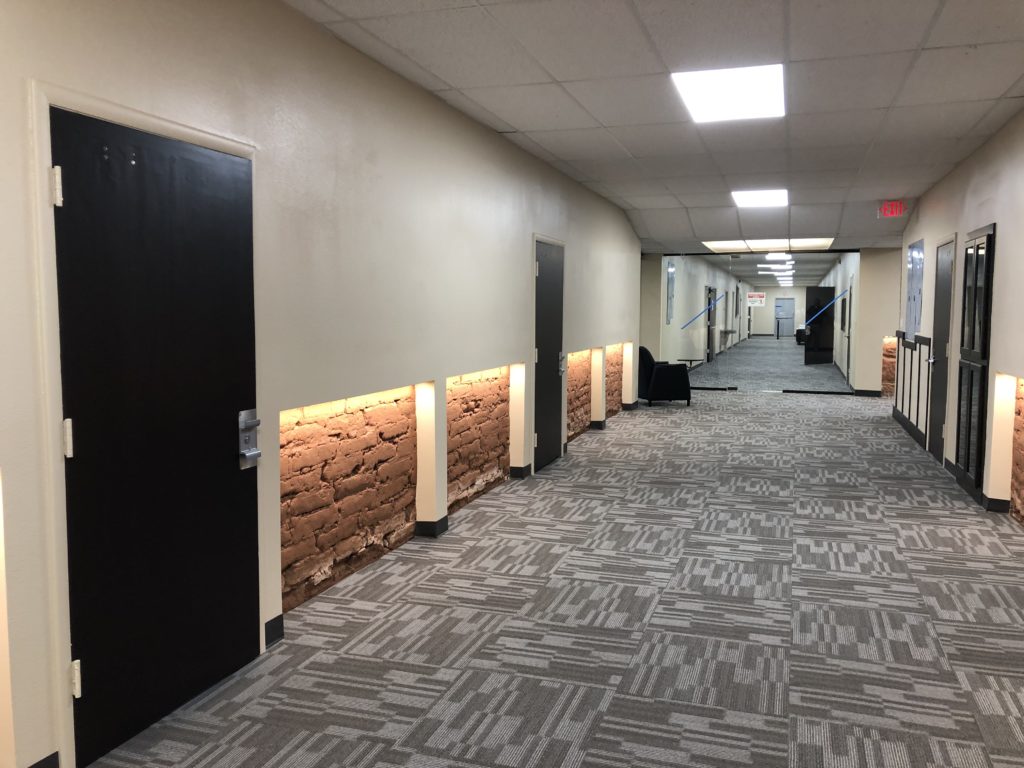 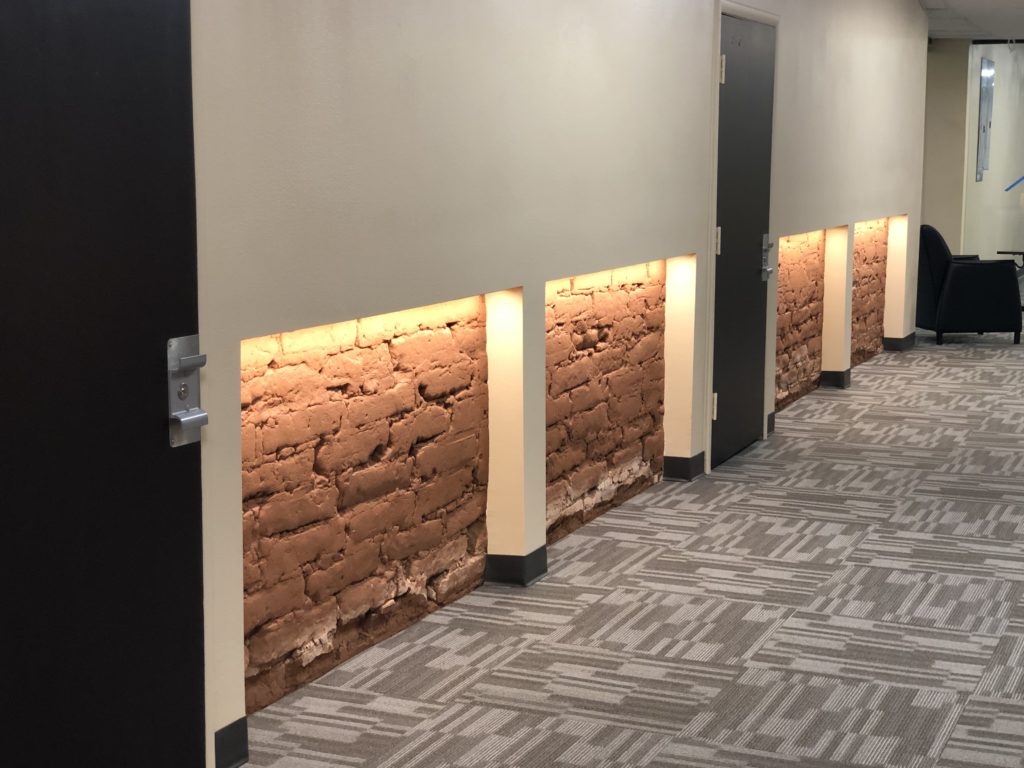 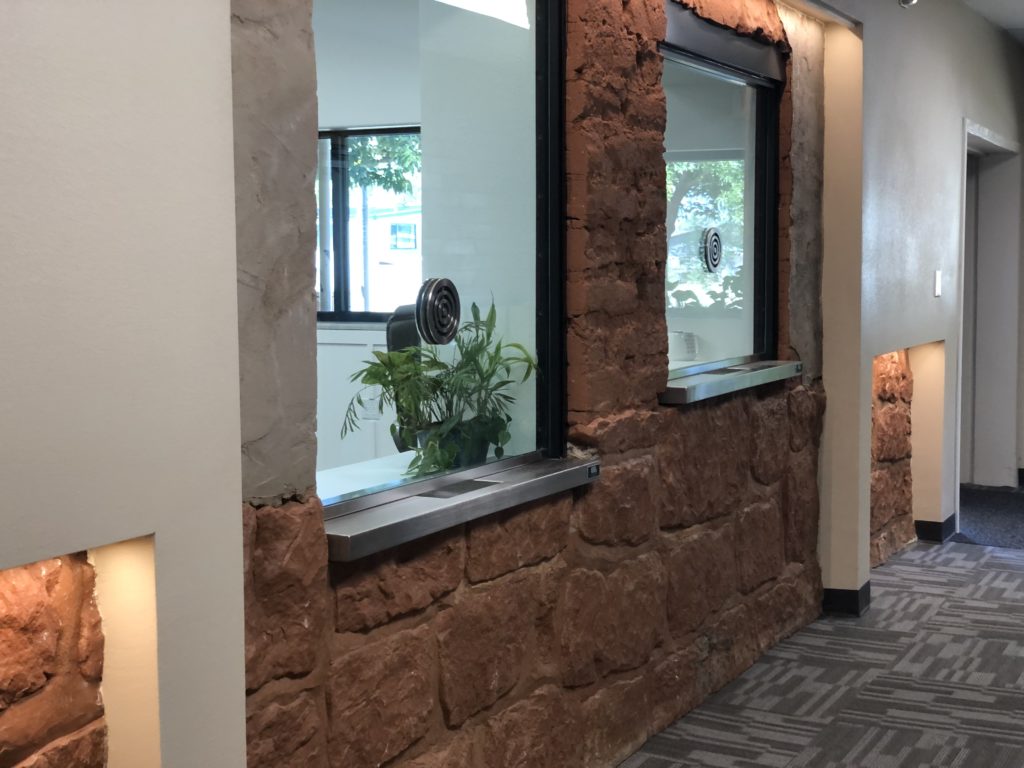 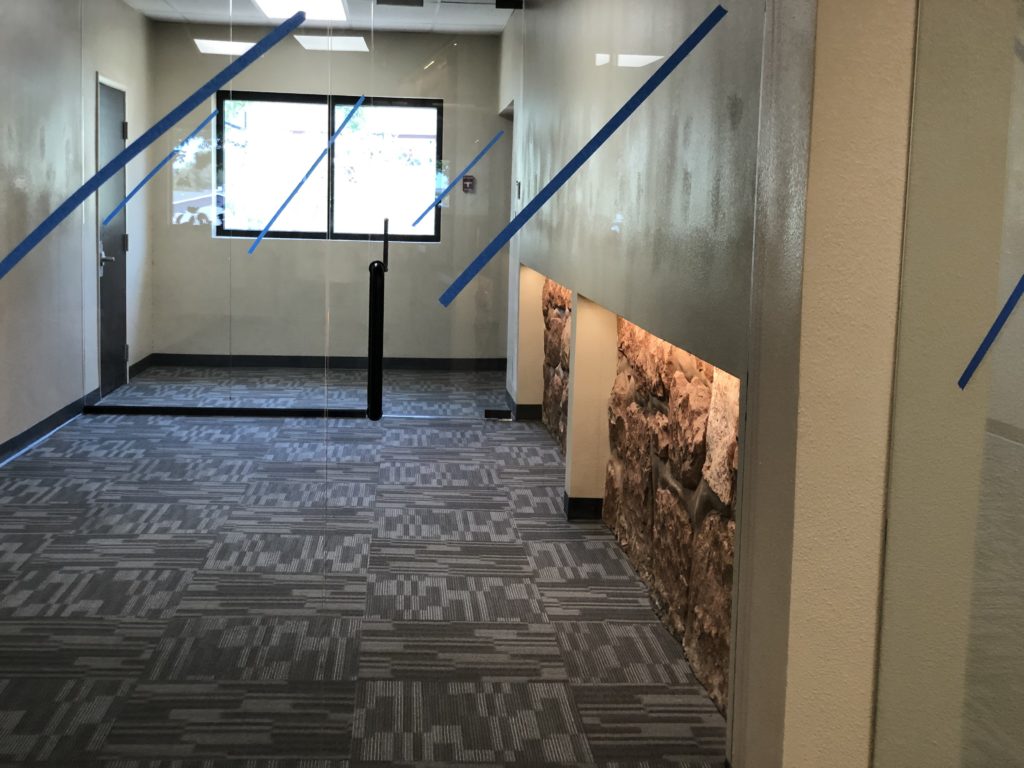 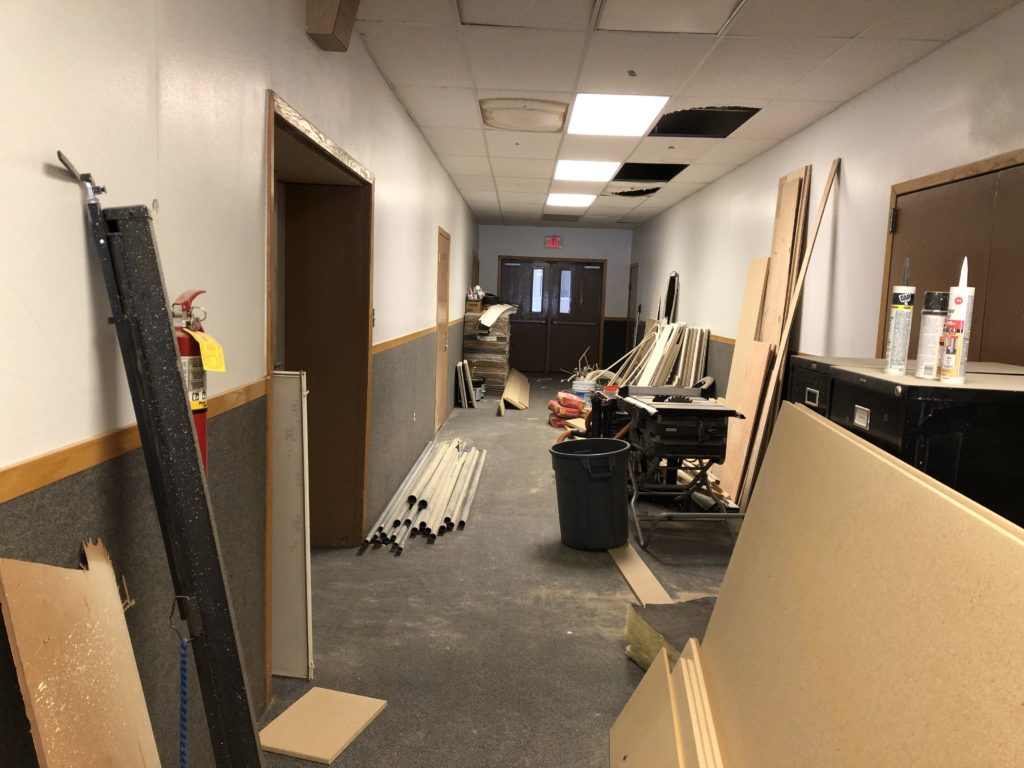 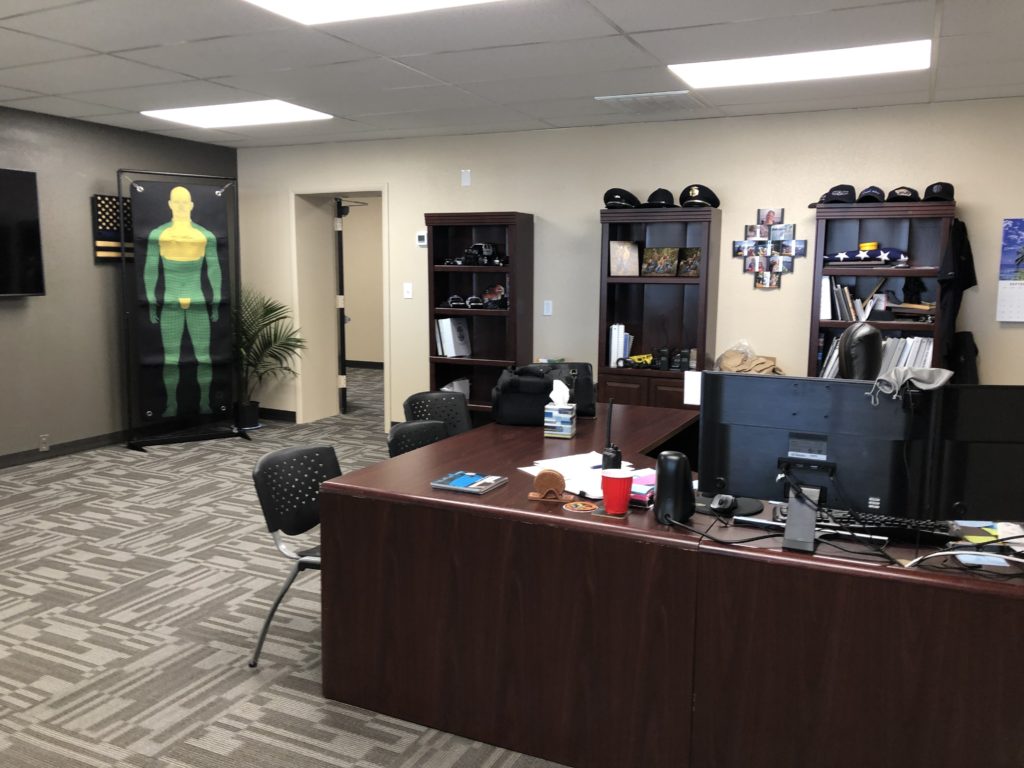 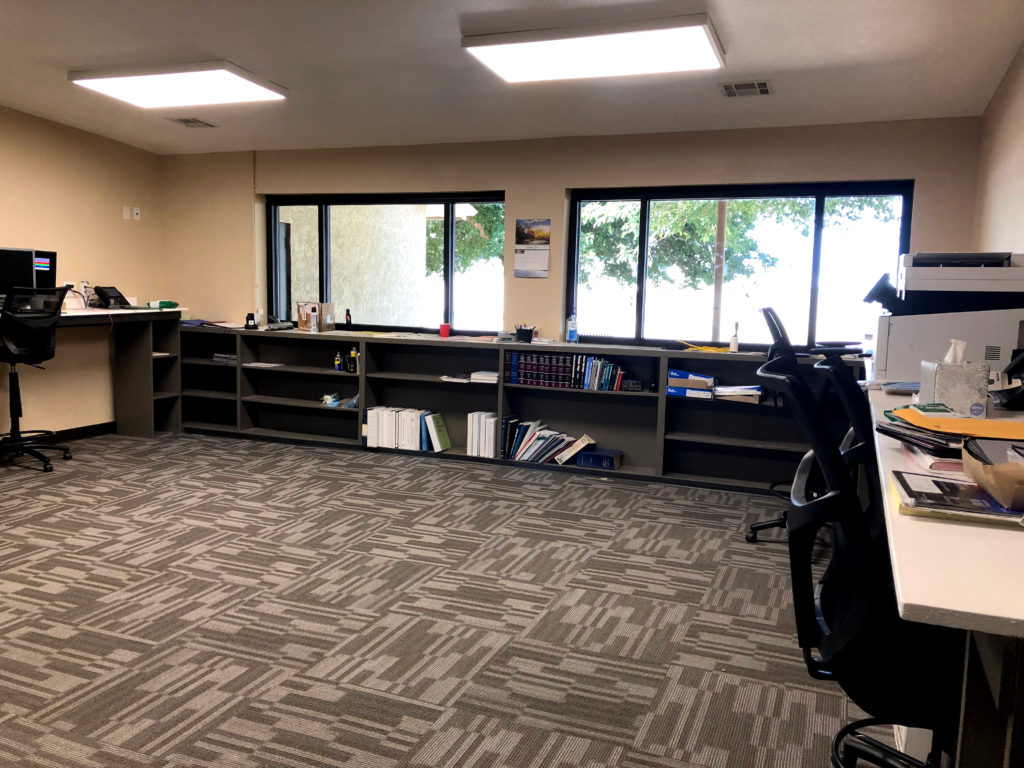 Large patrol room where officers can sit write reports, much of the furniture was donated by the community, Colorado City, Ariz., Sept. 9, 2020 | Photo by Cody Blowers, St. George News 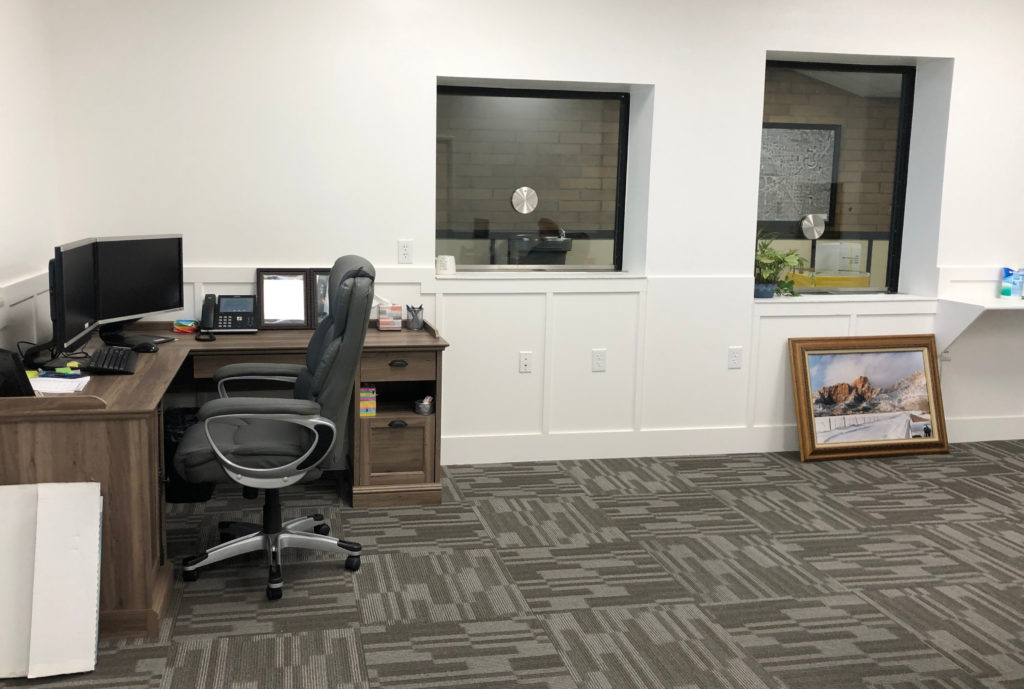 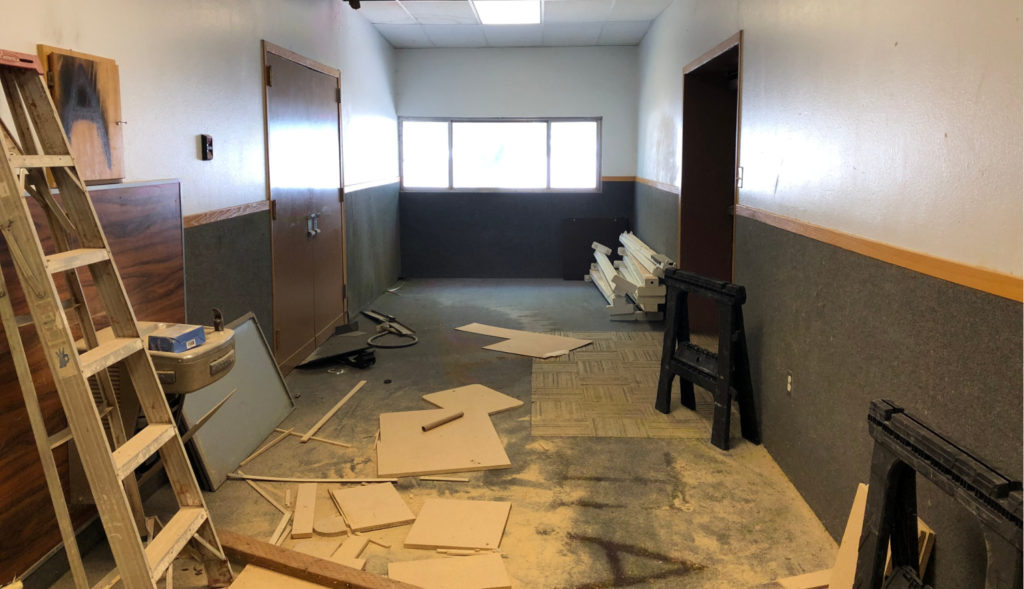 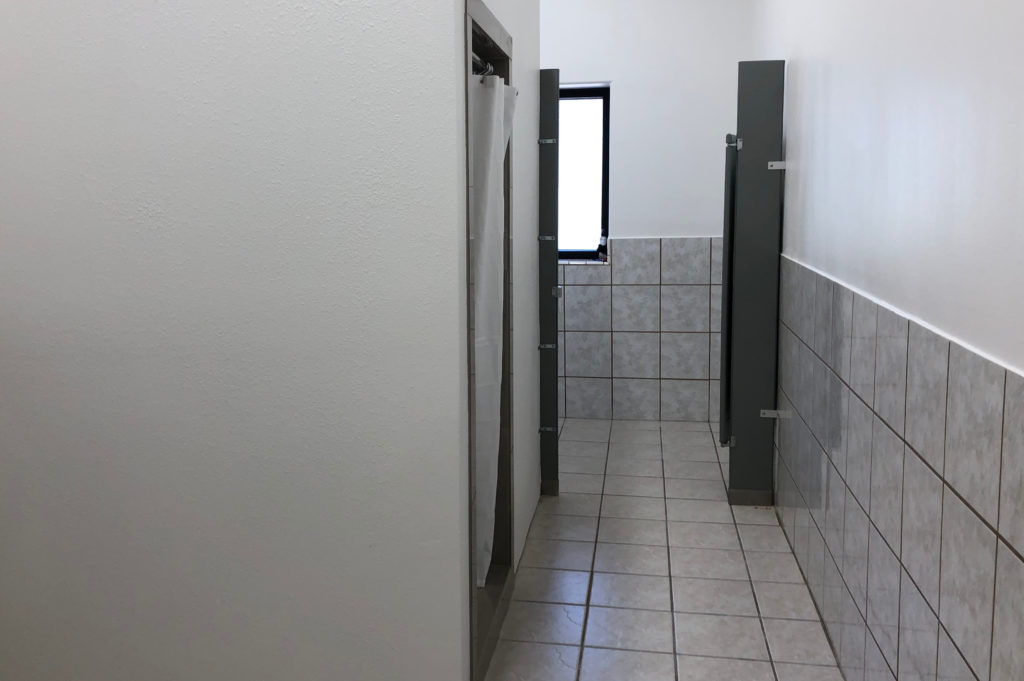 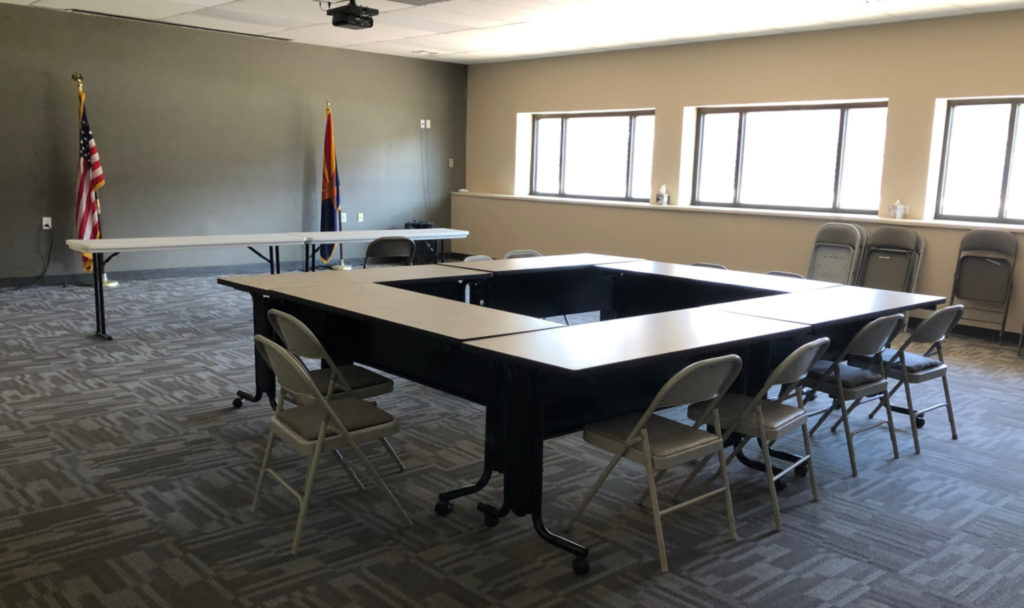 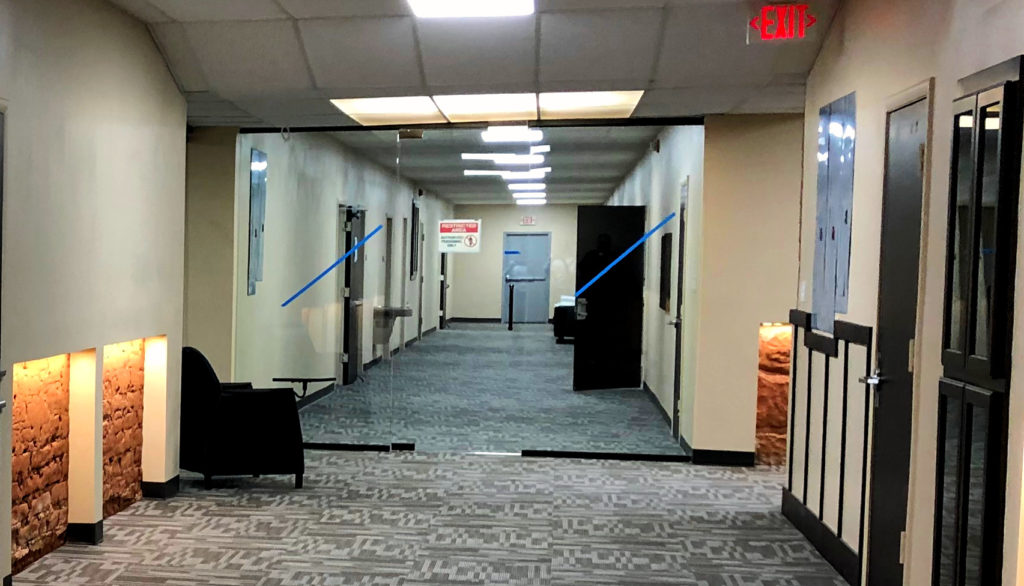 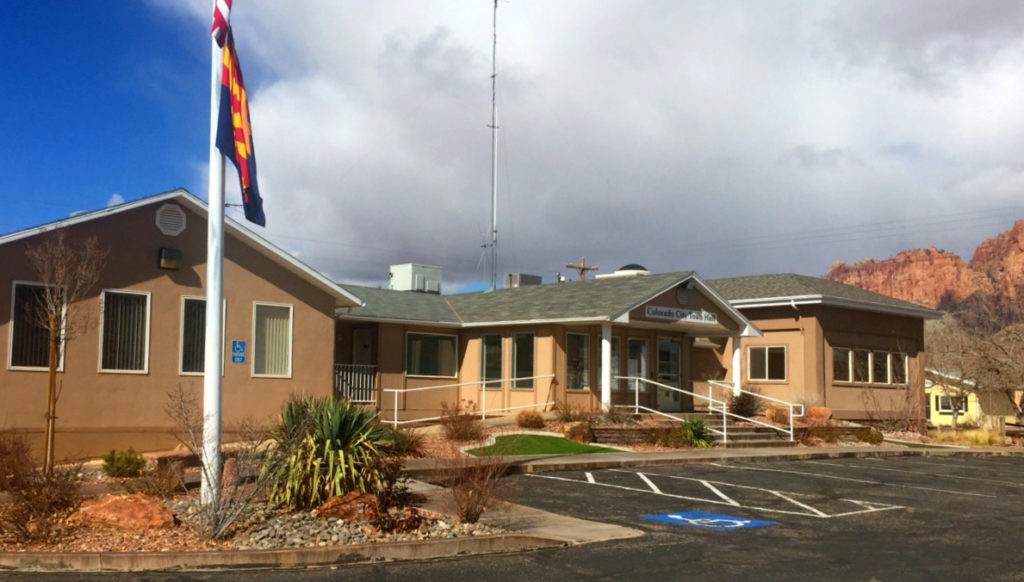 Colorado City offices where the Marshal's Office was located in the basement of the building, file photo taken in Colorado CIty, Ariz., April 6, 2019 | Photo by Cody Blowers, St. George News