ST. GEORGE — On a sunny mid-week morning, a 1957 Nash Metropolitan sits outside Speedtech Performance, a renowned custom car and after-market suspension and chassis shop on River Road in St. George.

Even among the gleaming muscle cars and other vehicles the shop has in its garage, the Nash turns heads as passersby in the industrial area walk or drive past the car.

That’s probably because the car, affectionately named the “Nashole” doesn’t look much like the three-speed American economy car that was sold from the mid-50s until the early 60s. In fact, an outsider might be hard-pressed to identify the vehicle’s origins upon viewing the “Nashole’s” custom chop job.

But, Salzillo said, the car also carries a sense of nostalgia for people who owned them back in the day. Wherever the “Nashole” goes, people regale Salzillo with stories of how it was a cherished family vehicle.

The goal for the build then, Salzillo said, became taking something that was nostalgic, quirky and unique, and making it really cool.

The vehicle was built for a car show in Las Vegas called the RatCity Rukkus, a car show featuring some of the best rat rod builders in the automotive business, Salzillo said.

Rat rods are vehicles, similar in nature to hot rods, but that are often built in a fashion that is purposely worn-down looking, sometimes showing rust and created using cast-off or salvaged parts.

“It’s where we’re pulling parts and pieces from anywhere basically and making something of it,” Salzillo said. “So it could be a 100-year-old Model A body with a motor that was from the 60s and a tranny that was from the 50s, 60s, 70s, 80s, whenever.”

Salzillo, who grew up in the custom and muscle car world in California, said he always considered himself as a builder, a rat-rodder. He started his own garage, JLS Customs, when he found out he was going to be a father and wanted to give his children some of the same childhood he was able to have.

The garage had humble beginnings.

Salzillo said he had attended the RatCity Rukkus show on numerous occasions with what he considered common or average builds, but one year he and a friend decided to return the following year with something extreme.

From the fenders to the roofline to the transmission and the engine, little remains of the 1957 Nash Metropolitan that was true to the once quirky family vehicle.

“We took basically the body of this car and got rid of everything else,” Salzillo said.

The car’s body was placed on a custom chassis with custom suspension and given an approximately 300-horse-power small-block Chevy engine.

Wheel axles were cut to expose the tires and give it a more aggressive look and feel, Salzillo said, the roof was chopped down by 4 inches, the windshield slanted and the interior completely customized.

One of the most iconic features of the rat rod is a large set of metal dice set atop the motor. The dice, which serve a dual purpose of being both fashionable and functional – they are actually the motor’s air cleaner – were inspired by the idea that the car was going to be shown in Las Vegas, Salzillo said.

Salzillo and his build partner custom-built the dice but they weren’t really stuck on the idea that they would remain with the car.

“It was very easy to build, it was kind of quick. It wasn’t something we were entirely stuck on,” Salzillo said. “And then it became an iconic feature of the car.”

Today, Salzillo said, that if the dice were removed it wouldn’t be the car that it is.

The car got its endearing moniker through a series of mishaps leading up to the RatCity Rukkus, including a transmission leaking fluid and broken steering within hours of the car’s trip to Las Vegas.

“Literally we fixed the steering in the trailer the morning of us leaving to go to Vegas and it was like, ‘you little Nashole,'” Salzillo said.

But if the name stuck, so did the luck from the dice. The car earned the attention of famed car builder and host of Discovery Channel’s reality show “Fast N’ Loud” Richard Rawlings who was interested in “Nashole” and even made a deal with Salzillo to purchase it and feature it on the show.

The sale and television appearance ultimately fell through, though amicably, Salzillo said, adding that the upended sale of the car actually revved up its path to success.

In 2018, Salzillo got word that die-cast toy car maker Hot Wheels was hosting a legends tour; a 20-stop car show tour and competition which took one winner from each stop to battle it out at the Specialty Equipment Market Association show, popularly known as SEMA.

The winner would have their car turned into a die-cast model to be sold in stores.

That year, Salzillo got the “Nashole” into the last stop of the tour and though the car was very popular among the panel of judges and the children, whom he allowed in and out of the vehicle all day, it didn’t win.

But undeterred and with a little encouragement from Hot Wheels executives, Salzillo said he returned to the Hot Wheels Legends tour in 2019 and secured his ticket to SEMA with a win at the tour stop at the Hot Wheels factory in El Segundo, California.

In addition to the Hot Wheels competition, Salzillo had also entered a 1933 Dodge into the Battle of the Builders competition at SEMA, he said.

The truck was a build he did specifically for the automotive show as a way to show his kids that if you set a goal, you can achieve it.

“That was just a goal and a vision that I had set for myself to show my children if you set a goal, anybody can obtain it. It doesn’t matter if it’s the biggest platform in the automotive industry, if you set your mind to it, you can achieve it,” he said.

“So I had two vehicles, coming out of a garage, being built in a garage basically, going to SEMA,” he added.

The truck placed in the top four trucks at the automotive trade show, Salzillo said.

Salzillo said that just the accomplishment of having two vehicles at such a prestigious show made him feel like he was already a winner, but nothing compared to the feeling of hearing his name read on stage and actually becoming the 2019 Hot Wheels Legends winner.

“The thought of my children being the inspiration to start the shop, putting kids in these vehicles, and now my car is going to be a Hot Wheel which is going to be in millions of children’s hands, I, on stage, broke down in tears,” he said. “What a story.”

Due to the COVID-19 pandemic, the Hot Wheels Legends tour has had to go virtual for 2020. But during one of the recent digital stops, Salzillo was presented with the die-cast version of the “Nashole” by a panel of automotive experts and celebrities.

The event was hosted by Speedtech Performance who is partnered with Salzillo as a sponsor and products supplier, said Speedtech marketing director Cameron Foremaster.

It is a relationship that both Foremaster and Salzillo are excited about, one which will allow them to create new and exciting builds, like the Nash, in the future. 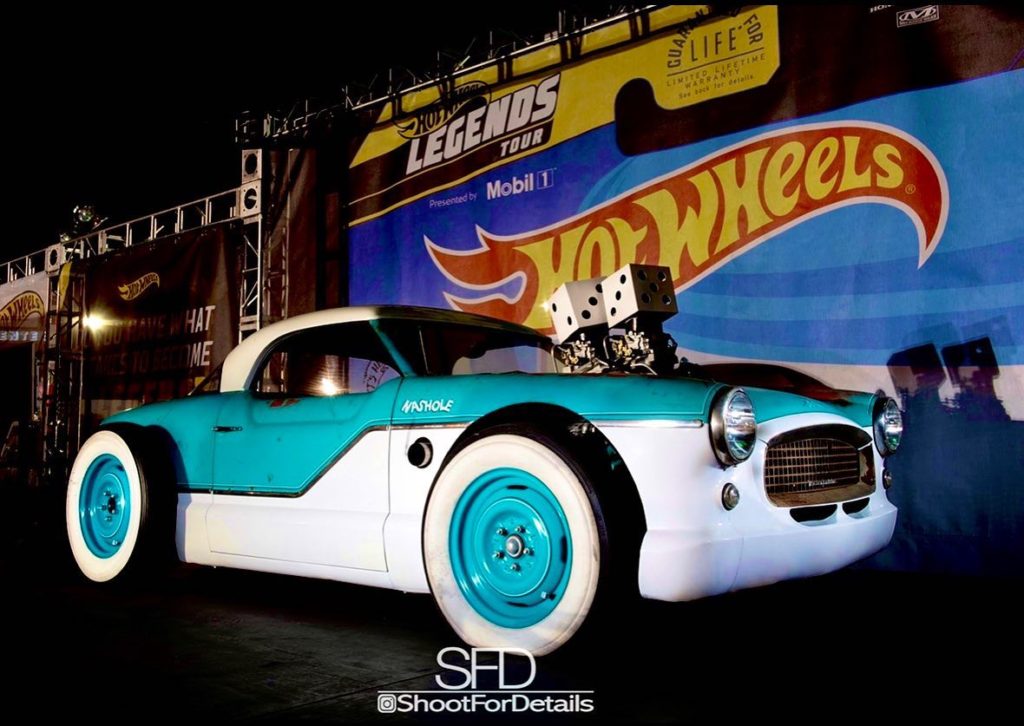 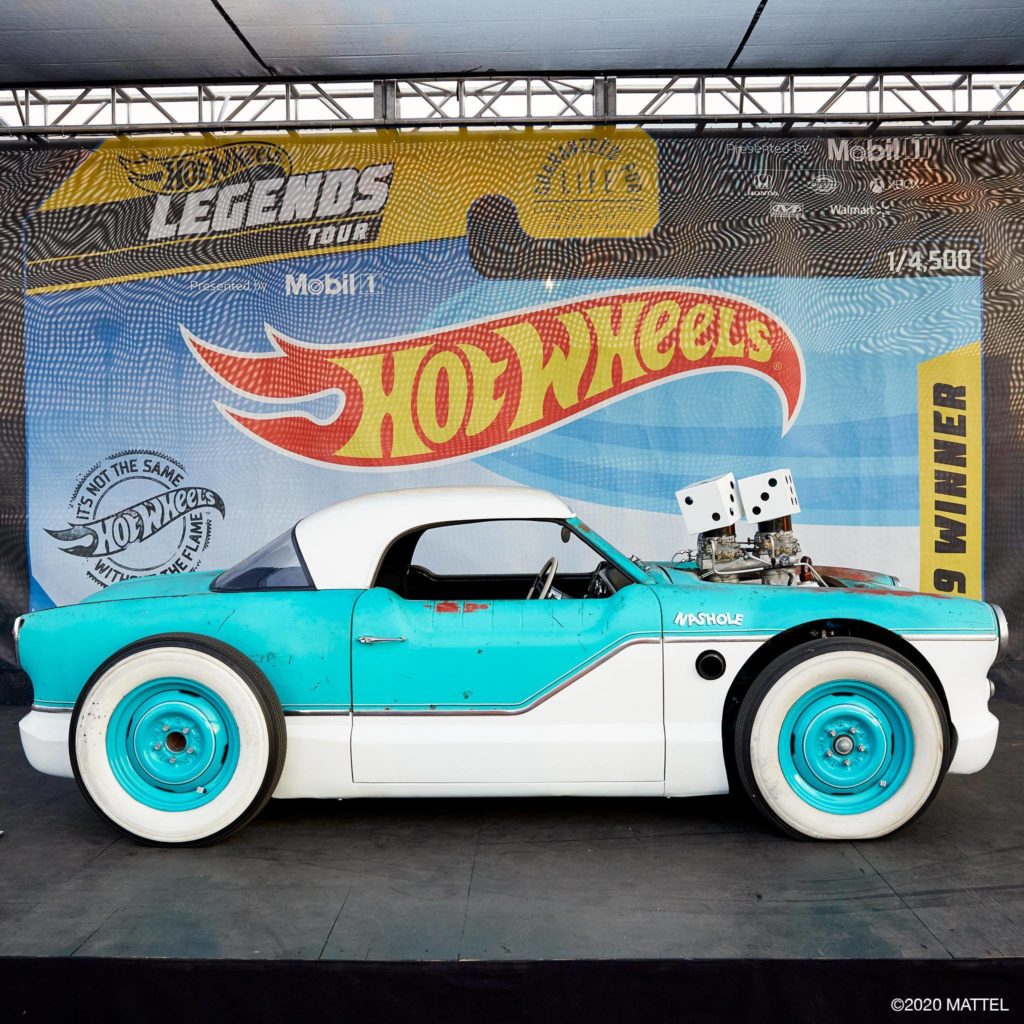 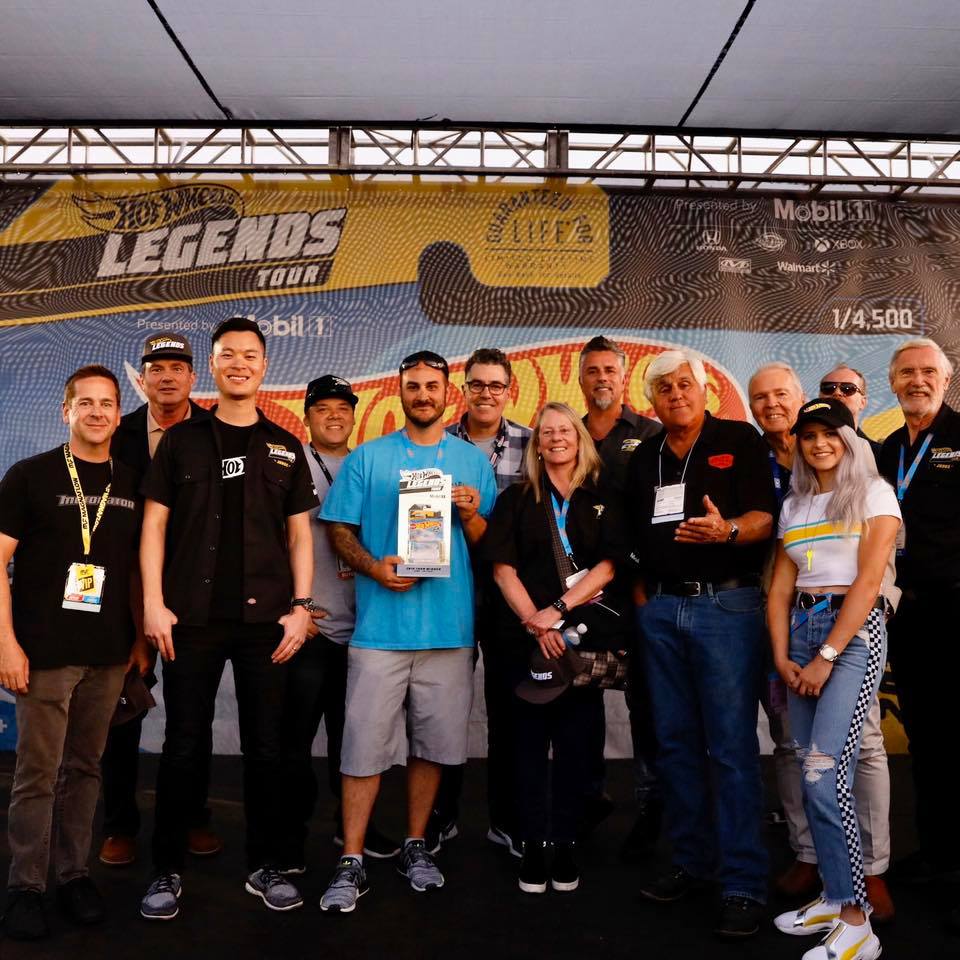 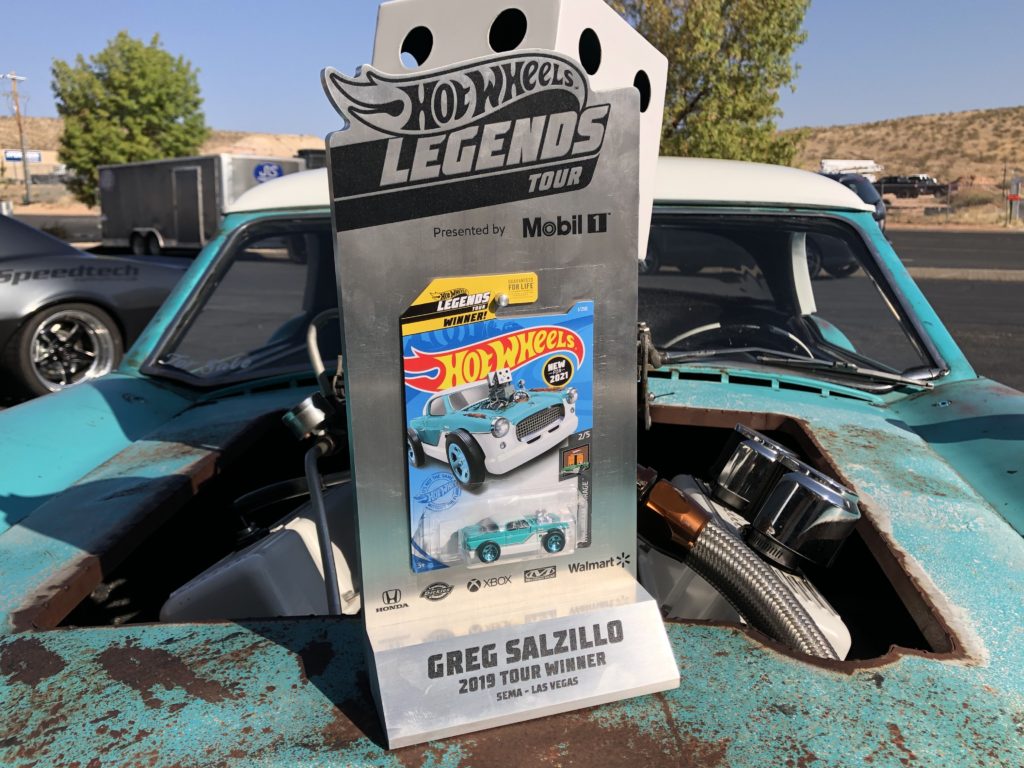 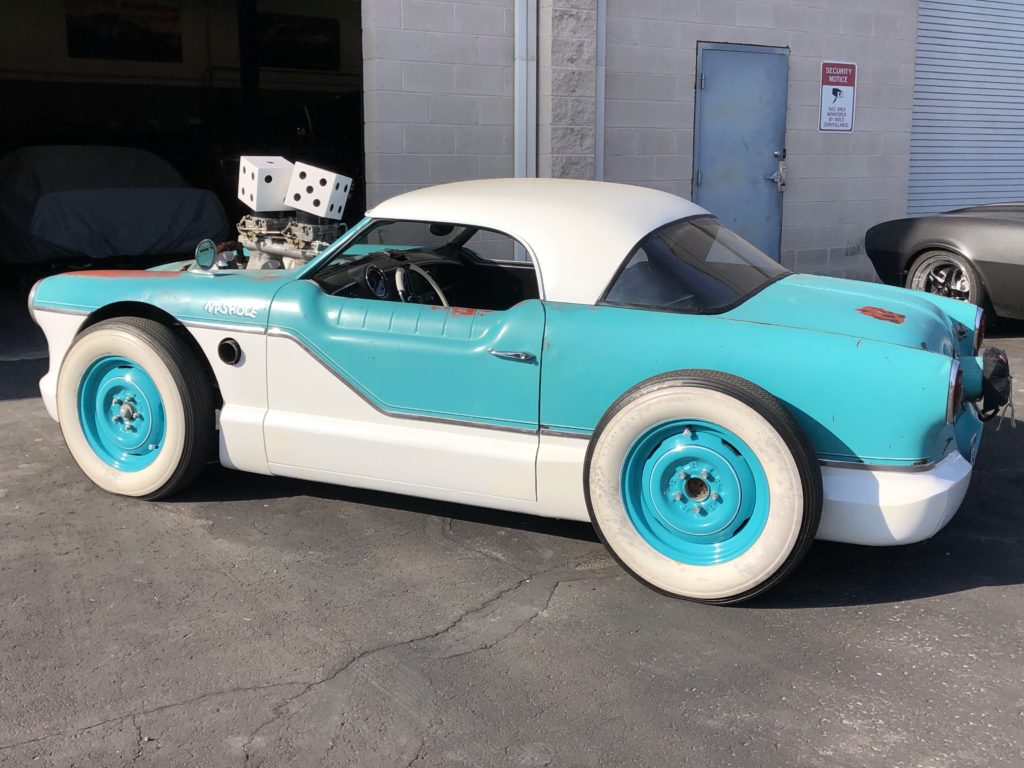 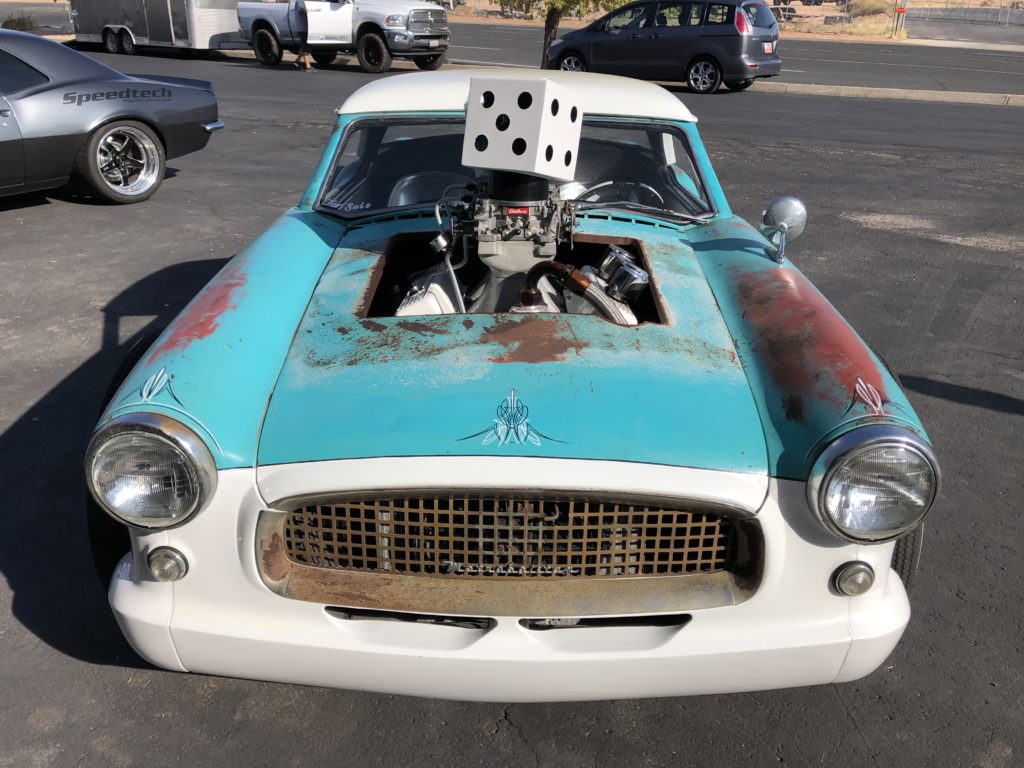 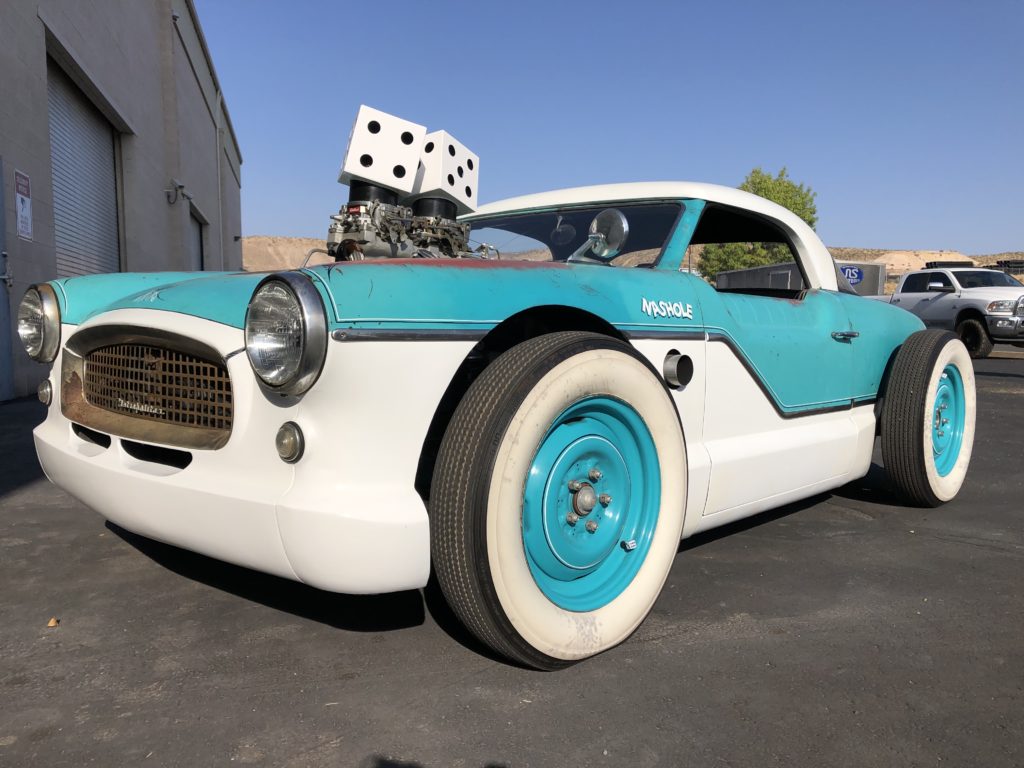 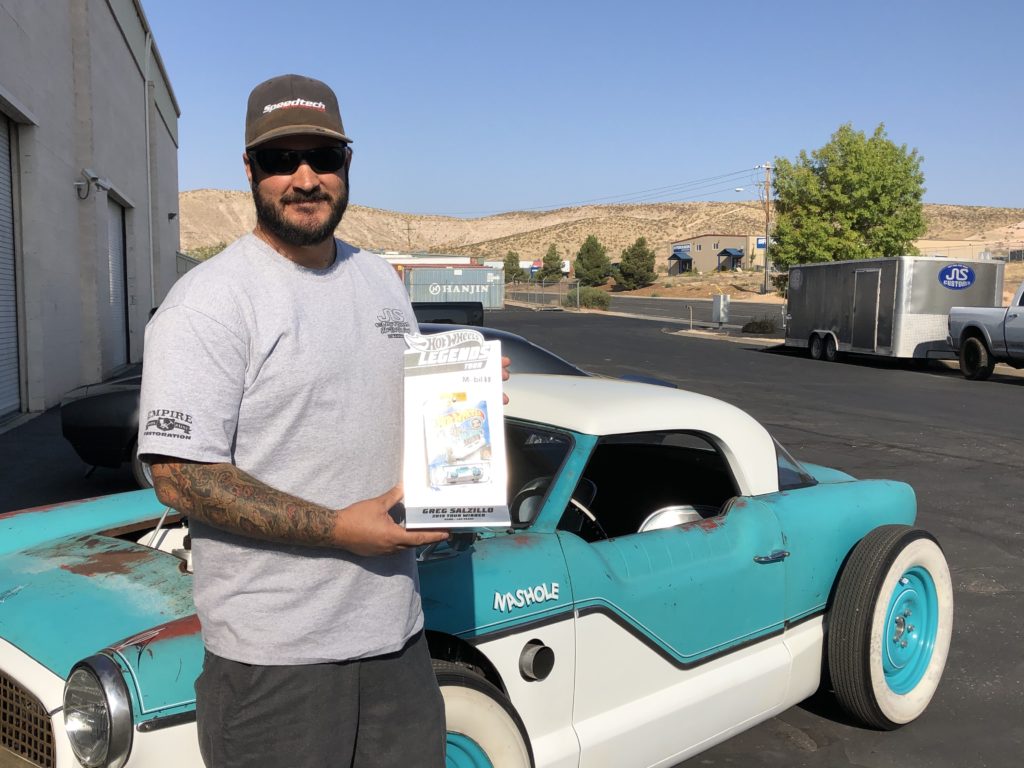 Review: Tuacahn's 'Joseph' delivers the voice of an Idol

Suspect fails at 3 carjack attempts, is arrested after jumping in front of Santa Clara-Ivins Police SUV