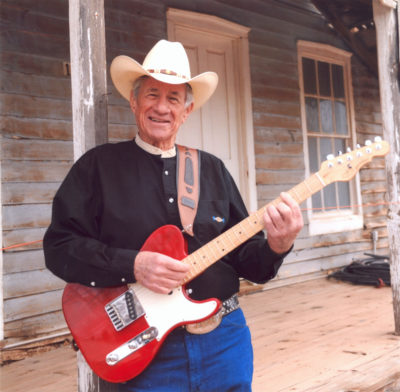 Frank Melton, 82, passed away peacefully in his home on Sept. 11, 2020, after a courageous battle with cancer.

Frank was born in Weinert, Texas and moved to California as a young boy with his family. Frank enlisted in the Navy Seabees and served his country proudly. In 1968, Frank was hired by the San Bernardino City Fire Department and retired in 1992 with the rank of Captain. During his time on the fire department, Frank met his wife, Sue, and they have been happily married for 45 years. In 1999, Frank and sue left California and bought a home in St. George where they have lived for the past 21 years.

One of Frank’s greatest joys was playing guitar and singing, so he and his wife formed the band Classic Country. Classic Country played many venues throughout the state of Utah, one of his favorites was being the house band for the Elks Lodge. Frank also loved giving back to his community and treasured his time volunteering at several nursing homes where he sang and played guitar.

When Frank wasn’t playing guitar, he could be found riding his motorcycle around town with his friends and enjoying a cup of coffee. He found pleasure in hiking throughout all of Utah and in particular the trails around his home. During his walks, Frank would pick up rocks along the way to put in his flower bed. Frank never met a rock he didn’t like.

His true greatest joy was his family. Frank is survived by his wife Susie, Daughters Karen (Tony), Bonnie, and Lynette, his grandchildren Ashley (Jordan), Amy (Josh), Tony (Brianna), Connor, Bonnie, and John, and his great-granddaughter Willow. He is also survived by his brother Kenneth and several nieces and nephews.

Frank never knew a stranger, was larger than life, and was loved by all.