ST. GEORGE — A two-vehicle crash across from Deseret Industries destroyed two vehicles, launched a Bronco onto the curb and sent a wheel rolling down an embankment where it struck a minivan.

St. George Police responded to a two-vehicle crash involving a silver Ford Bronco and a charcoal Honda passenger car at 12:15 p.m. at the intersection of Red Cliffs Drive and 2540 East.

Upon arrival, officers found the Honda in the middle of the intersection partially blocking traffic, while the Bronco was located several yards away with the front of the vehicle perched upon the sidewalk.

At the time of the collision, the Bronco was heading north on Red Cliffs Drive while the southbound Honda was stopped in the middle of the intersection as the light turned yellow waiting to make a left turn onto 2450 East, St. George Police Officer Ean Williams told St. George News.

Just as the light turned red, the Honda pulled out to make the turn and was struck by the Bronco that continued through the intersection. The impact sent both vehicles spinning across the roadway. The Honda came to rest in the middle of the roadway, while the Bronco was launched onto the sidewalk facing the opposite direction.

“The Honda headed into the turn,” the officer said. “But the Bronco headed straight through the intersection.”

As the Bronco jumped the curb, the rear passenger-side tire broke away from the axle and rolled down the small embankment, striking the front bumper of a Chrysler minivan that was parked in the Deseret Industries parking lot.

All occupants were properly restrained at the time of the crash and no injuries were reported at the scene, Wiliams said.

Both vehicles were heavily damaged and were towed from the scene, while traffic was impacted for more than 45 minutes.

The driver of the Bronco was later cited, Williams said, adding that the Honda was in the middle of the intersection when the light turned red, which gave the driver the right-of-way to make the turn.

The St. George Police Department, St. George Fire Department and Gold Cross Ambulance responded and tended to the scene. This report is based on statements from police or other emergency responders and may not contain the full scope of findings. 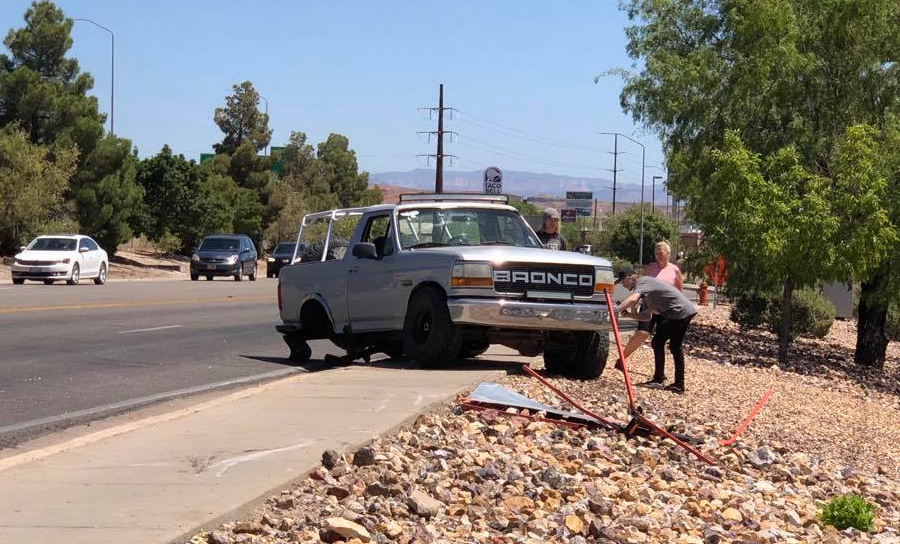 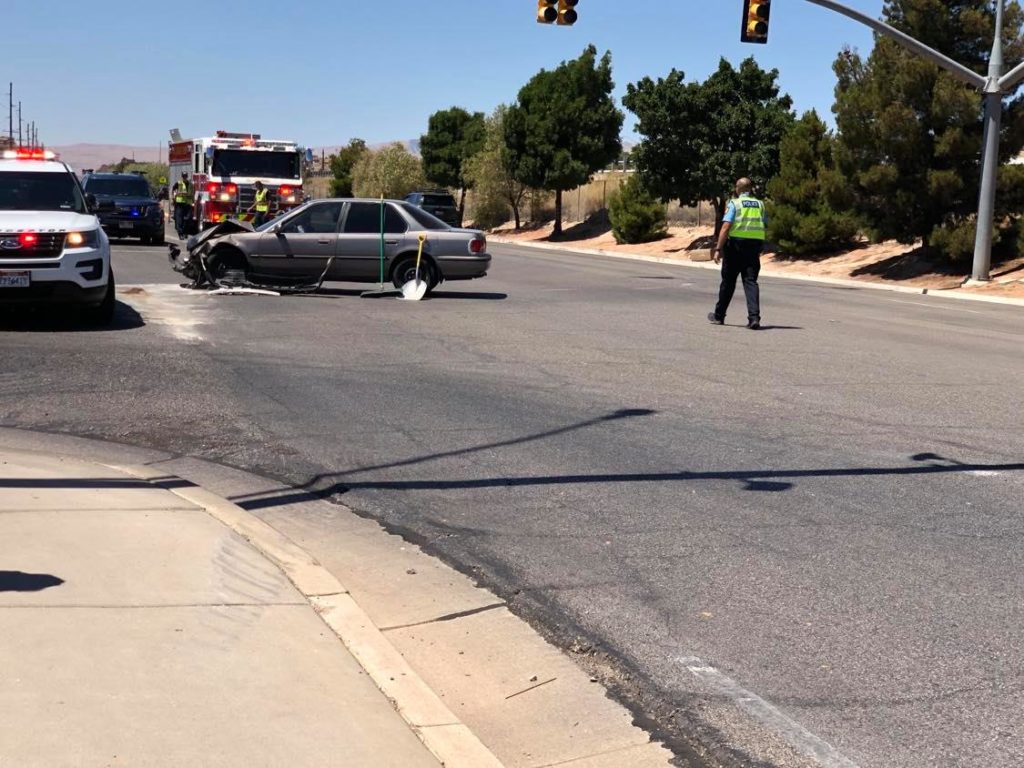 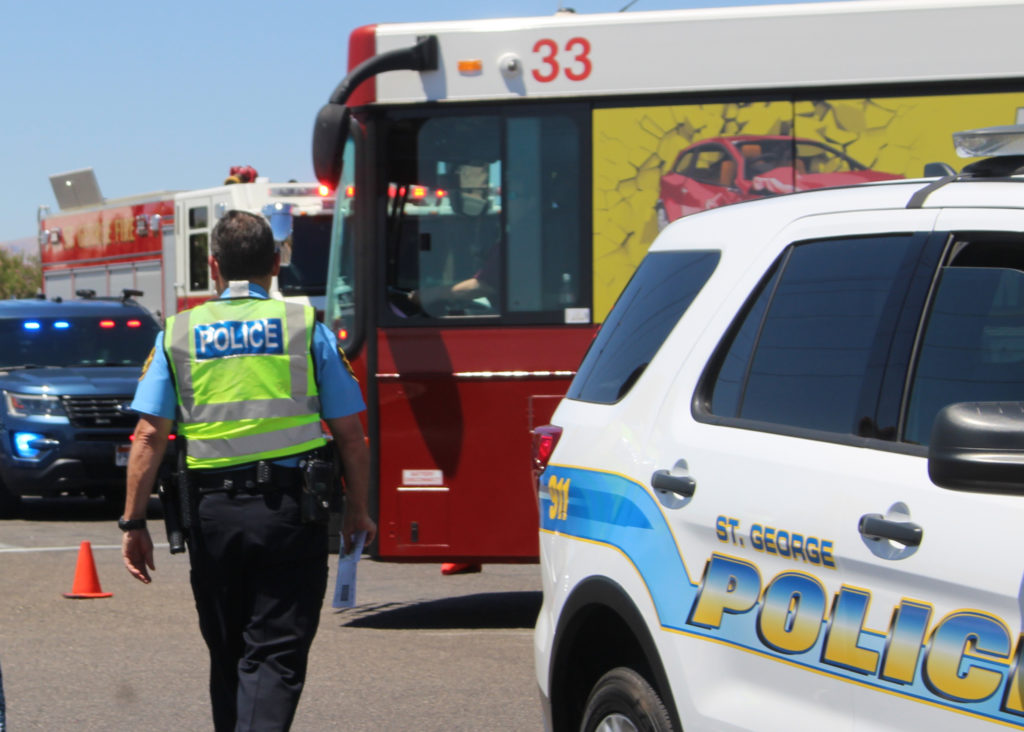 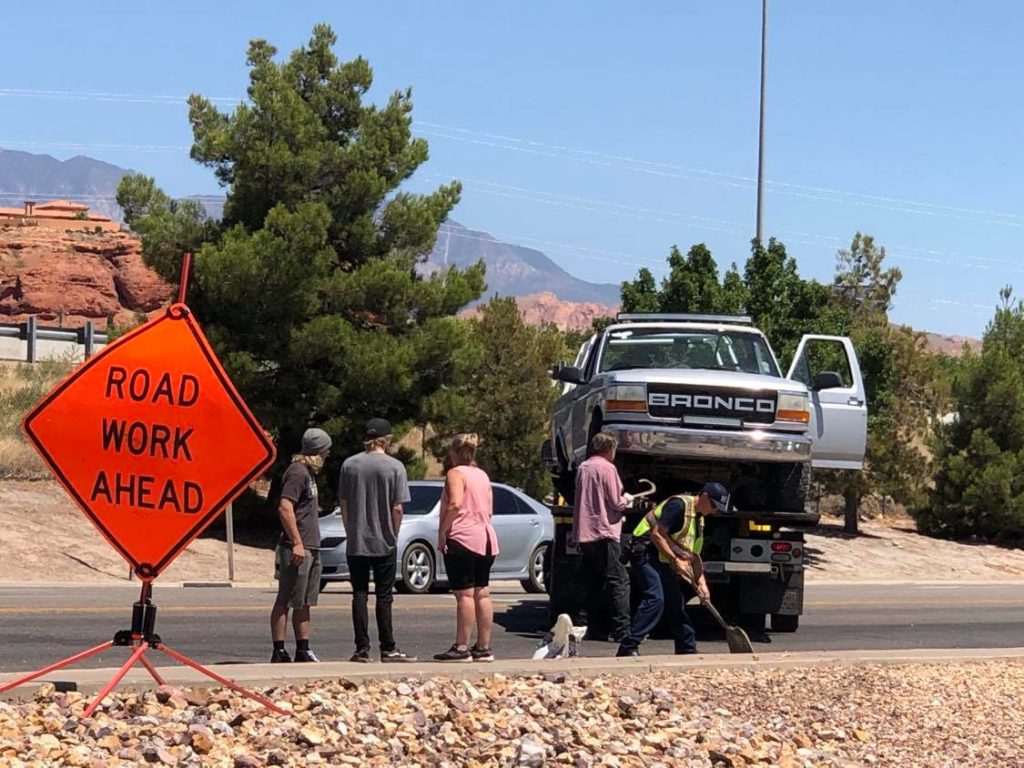 SkyWest sued by government after harassment accusations of Dallas employee