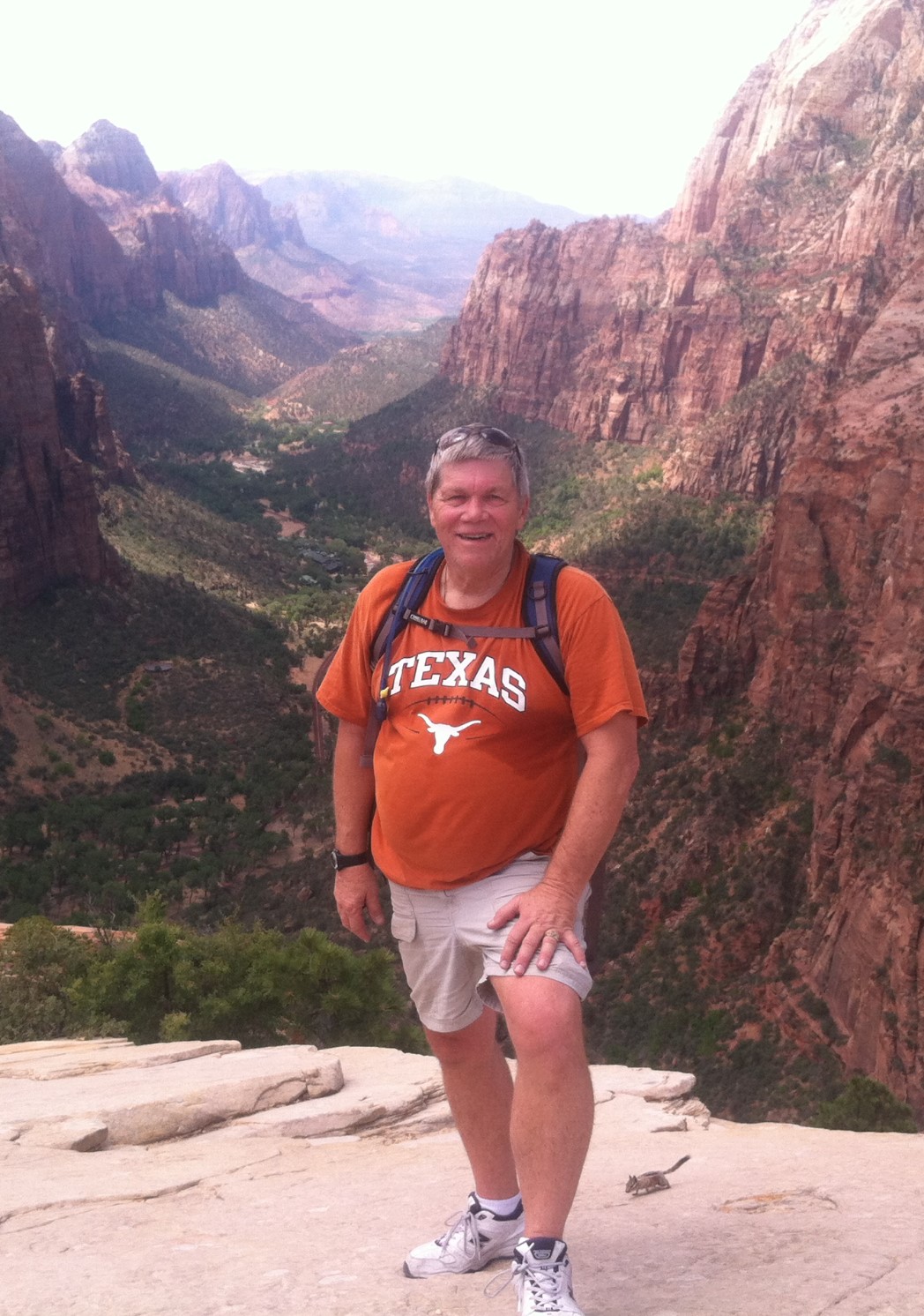 James “Jim” Oliver Wisecup, 71, passed away, surrounded by his family, from cancer on July 30, 2020. Jim was born June 17, 1949, in Racine, Wisconsin to Oliver and Addie Wisecup and was joined a few years later by his brother, Robert. He grew up in Houston, Texas, where he got his first taste of flying in 1966. After high school, he attended the University of Houston for one year before joining the U.S. Army to become a helicopter pilot.

Jim’s long and distinguished flying career began in the Army, where he completed flight training and was sent to Vietnam as a member of the “Comancheros” in the 101st Airborne Division from 1969-1970.  In short order, he became a highly-respected and experienced UH-1 instructor pilot, a recurring theme over his career. Jim’s combat tour was punctuated by his third time being shot down. Typical of Jim’s sacrifices for others, he expertly piloted his crippled ship into the “biggest tree he could find” to give his crew and passengers the best chance to survive. Despite his own life-threatening injuries, he took charge of the scene to make sure everyone on the helicopter was recovered. He was awarded the Silver Star, Purple Heart, Bronze Star and Air Medal with 25 oak leaf clusters for his combat service. Jim was active in Vietnam veteran groups later in life.

After his Active Duty Army service, Jim continued his career as a helicopter pilot for another 50 years, flying for the Department of the Interior, then the offshore oil industry in Texas, Scotland, Malaysia, and California, before transitioning to air medical service with Rocky Mountain Helicopters and Air Methods in Tulsa, Oklahoma and across Utah.  His professional career culminated with his retirement as Assistant Chief Pilot for Air Methods in 2019 and as Chairman of the Board of Helicopter Association International in 2020.  He also received the Federal Aviation Administration’s prestigious Wright Brothers Master Pilot Award for 50 years of professionalism, skills and aviation expertise while piloting aircraft.

Jim was generous with his time and experience, measuring his success by the people he was able to teach, mentor, and support. He was a tireless advocate for aviation safety, pioneering the use of night vision for civil aviation, among many other initiatives across the industry. He also enjoyed his time as an instructor, evaluator and student at Southern Utah University (SUU), completing his degree after a 50-year hiatus. A helicopter flyover at SUU’s commencement ceremony on Saturday, Aug. 8, 2020, will be dedicated to Jim.

Jim was infinitely humble, except when talking about his family. For all his professional accomplishments, Jim’s pride and joy was his family. He is survived by his beloved wife, Jessica, and their children and grandchildren: Donnie, Megan, and Evan; Tim, Bridget, Geoffry, Dalton, and Gabrielle; John, Rebecca, and Lizzie; Kimberly and Jake; and Bradley, Jordin, Maddix, Ellie, and Colt. He enjoyed spending time with family across the country, holding and playing with his grandkids, traveling, telling stories and playing card games over a cold beer, and a good Jimmy Buffet song.

A memorial service will be held on Sunday, Aug. 9, 2020, at 1 p.m. at Shepherd of the Hills United Methodist Church in St. George, Utah, followed by military honors. Due to current public health orders, in-person attendance will be limited, but the service can be viewed online by visiting SHUMC’s video page at https://www.youtube.com/user/shumcstgeorge/videos.

In lieu of flowers, the family requests donations in Jim’s name to Whirly-Girls Scholarship Fund at https://whirlygirls.org/scholarship-fund/. Please send condolences, memories, and words of support for Jim’s family to [email protected]il.com.