FEATURE — The historic white beacon one sees prominently on Pine Valley’s skyline is the town’s main claim to fame, but there is much more  to its history than the construction of an iconic chapel.

Located only 45 minutes north of St. George, Pine Valley’s landscape couldn’t be more different than the Washington County seat and largest city. At an elevation of approximately 6,700 feet, Pine Valley is a town surrounded by the semi-circular arc of the mountains of the same name.

Native Americans surely passed through the area, but there is no record of European Americans seeing it until Mormon pioneers ran onto it. However, it is probable that fur trappers and other explorers saw it because it is near Kane Springs, a camping spot on the old Spanish Trail, and in 1844, John C. Fremont ascended the Santa Clara River during his explorations of the West.

The establishment of the actual town predates St. George, which was established in 1861.

The Mormon “discovery” of Pine Valley is a folktale, according to Douglas Alder and Karl Brooks’ book “A History of Washington County: From Isolation to Destination.” The story goes that “Gunlock” Bill Hamblin, brother of Jacob Hamblin and Isaac Riddle, were herding church cattle north of Santa Clara in the summer of 1855, when they realized one had strayed and Isaac went after it.

Following the cow’s trail brought Riddle into Pine Valley, where he found the lost cow peacefully grazing in a lush meadow. He purportedly described the valley as “the most beautiful sight I had ever beheld on God’s green earth.”

Besides its beauty, Riddle noticed the valley’s economic potential, including meadows of thick grass for summer grazing, but more importantly, the thick stands of pine surrounding it, which would give the valley its name.

The lumber business was the main economic force in Pine Valley during its early days.

In 1861, Robert Gardner, Jr., one of Pine Valley’s early settlers who also had experience in the lumber business, saw the valley for the first time in the company of LDS church Apostle Erastus Snow, who was a driving force in the settlement of Washington County. On that occasion, Snow, anxious for more lumbering to take place to supply the new settlements building materials, asked Gardner if he would take charge of an additional mill the area.

“I said to him, that I had not come to do my own will, and would go any place I was sent, but if he wished to know my own choice, I would be frank and say I had no further choice of lumbering,” he wrote in his diary, as it appears in the book “Descendants of Pine Valley Pioneers” by Mary Esther Staheli.

Gardner found in his own experience that the lumber business kept a man away from society and that he would prefer to stay near “a good settlement of saints.”

However, he told Snow that that wherever Snow wanted him to work, he would.

Gardner and Snow allied themselves with Eli Whipple to start a lumber mill that was eventually able to produce 4,000 to 5,000 feet of lumber every 24 hours, according to the writings of James G. Bleak, who was the historian of the Dixie Mission and secretary to Brigham Young.

By 1863, there were three mills in operation, cementing Pine Valley’s role as one of the main sources of lumber and shingles for the early Washington County settlements.

One of Pine Valley’s claims to fame early on was supplying lumber for the pipes of the Tabernacle organ in Salt Lake City. Robert Gardner and his son, William, personally selected the lumber that would serve this sacred purpose, putting it on a wagon that hauled it by ox team 300 miles north.

Lumber from Pine Valley was also used in the construction of St. George’s Woodward School.

“At the height of the mill business there were seven mills operating simultaneously in the valley,” wrote Bess Snow and Elizabeth Beckstrom in their book “O’ Ye Mountains High: The Story of Pine Valley.” The mills were moved from place to place as readily available timber was sawed up.

Snow and Beckstrom said that for three generations the men of Pine Valley hoarded the stumps of the already-cut timber.

“As they deteriorated it became possible to dig them out and take them home for firewood,” the duo wrote. “They were so rich in pitch that they made the most excellent kindlings and firewood.”

Eventually, the best stands of timber were cut, and by the 1920s, lumber operations in Pine Valley and its environs had ceased. As a result, the population decreased, with farming and raising livestock becoming the main way to make a living in the mountain community.

In 1864 Pine Valley settlers requested the use of water from the Santa Clara River, whose headwaters are near Pine Valley, for irrigation purposes. However, settlers farther downstream in fledgling St. George and Santa Clara feared that siphoning water so close to the stream’s head would lessen the amount of water they could use to irrigate their fields.

By 1867, thirteen acres were being farmed in Pine Valley without a noticeable diminishing of water reaching the settlers in the towns below, whose crops actually did better that year than the year before, Bleak noted in his writings. The next year, St. George City, which had been given control of the Santa Clara River, allowed Pine Valley to use more water after seeing it didn’t affect their share.

Later on, the community’s surplus grain crop led to some prosperity as it sold for good prices at the booming mining towns in the region, Silver Reef and Pioche, Nevada.

In addition to farming, some local ranchers ran quite sizable cattle herds in Pine Valley’s meadows, wintering them in places such as Beaver Dam Wash and Dammeron Valley.

The first branch of the church was established in 1860, meeting in a log cabin built in 1859 next to the first mill, but the settlers desired a New England style church like the ones they’d left behind before coming West.

Ebenezer Bryce, who later became the namesake of Bryce Canyon, was given the task of being the architect and supervisor of the construction of the combination school and church house in 1867. A shipbuilder by trade, Bryce didn’t have much experience building such a structure and said he built it as if it were an overturned ship, essentially with the attic constructed as the hull. The story goes that if the ship were righted, it would float.

The chapel was built with locally-sourced pine on top of a granite and limestone foundation. The frame was fashioned with wooden pegs bound with green hides which became strong as steel when dried. Each of the walls were constructed flat on the ground, raised into place with pulleys and tied at the corners with strips of rawhide.

The building was completed in 1868.

The lower floor served as the school and recreation hall, while the upper floors were used for church services. The school was discontinued in 1919.

The chapel, along with the adjacent Tithing Office, was placed on the National Register of Historic Places in 1971. It stands today as the oldest LDS meeting house in continuous use. A replica of the chapel, built in 1998, stands at This is the Place Heritage Park in Salt Lake City.

According to “O’ Ye Mountains High,” the Forest Service arrived in Pine Valley just before the turn of the 20th century, which Beckstrom and Snow recounted – tongue in cheek – meant a loss of peace in the valley.

“Previously a man could graze as many cattle as he cared to run on the forests, after each man was given a permit for a definite number and they were carefully counted as they were turned on the forest each spring,” Beckstrom and Snow wrote. “As the years went by the number was repeatedly cut down thereby limiting a man’s income.”

The authors tell the story of one young girl in town at the time who got the impression that the word “Raphael” was a swear word since that was the name of one of the early Forest Service supervisors and a word her father used in disdain.

Despite its limit on grazing, the Forest Service did bring many improvements to the area by building roads, allowing for piped water to open up new grazing lands and replanting grass and trees.

In addition, the Forest Service developed more recreation opportunities to the east in the form of a campground, trails and picnic tables.

“With camp tables and a fireplace it was much more simple to plan a picnic, so the picnic became the regular celebration,” the two authors wrote of a new Fourth of July tradition that developed because of the Forest Service.

The Forest Service recreation area east of town continues to be a recreation hub today as the site of activities ranging from family reunions to fishing on Pine Valley Reservoir.

And true to the lush meadows Isaac Riddle saw when he first “discovered” Pine Valley, its surrounding meadows are still utilized for livestock grazing.

“The attraction of the valley is its peaceful, pastoral setting where things are quiet and where one can get away for a time from the ‘hustle and bustle’ of city life,” the general plan noted.

It also offers a nearby higher-elevation location to beat the summer heat.

Pine Valley is an easy 45-minute drive north of St. George reached by driving north on state Route 18 for 22.7 miles then taking a right on the Pine Valley Highway in the town of Central.

“Days” is a series of stories about people and places, industry and history in and surrounding the region of southwestern Utah.

Read more: See all of the features in the “Days” series 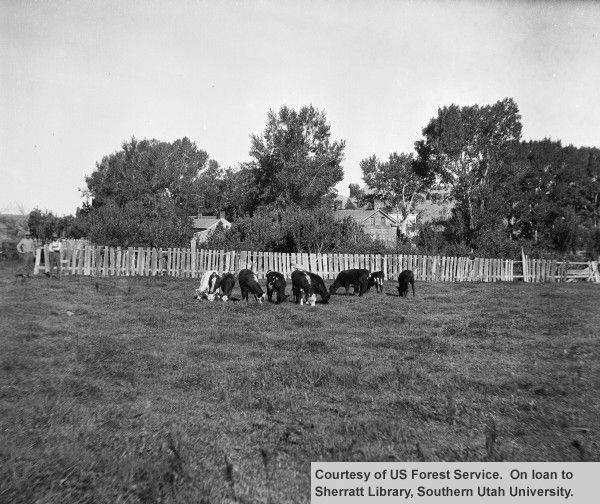 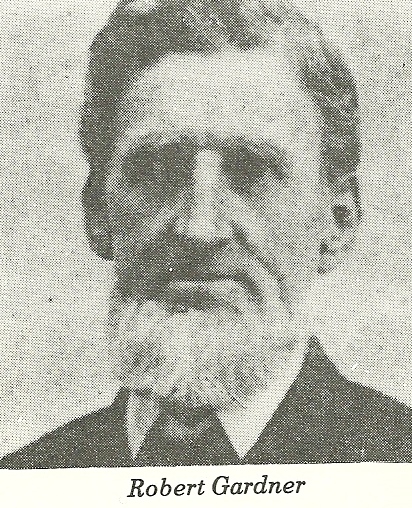 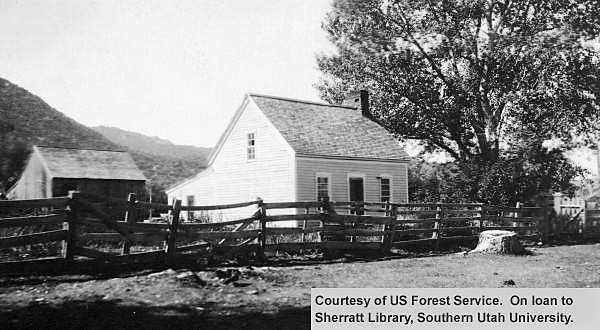 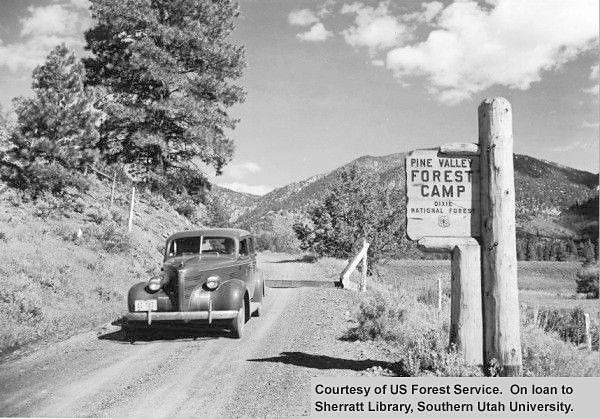 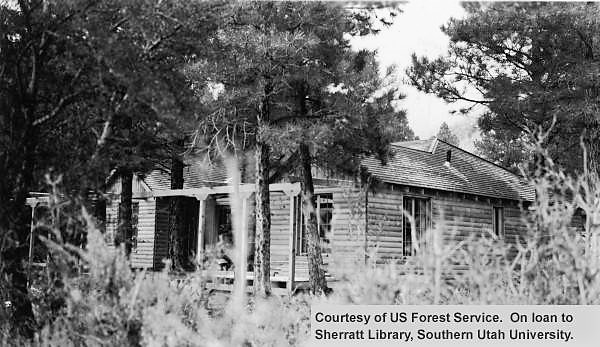 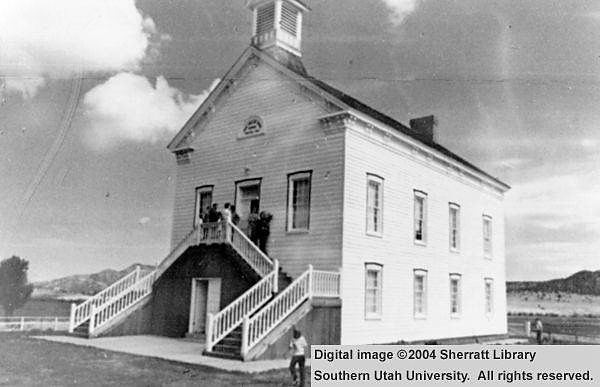 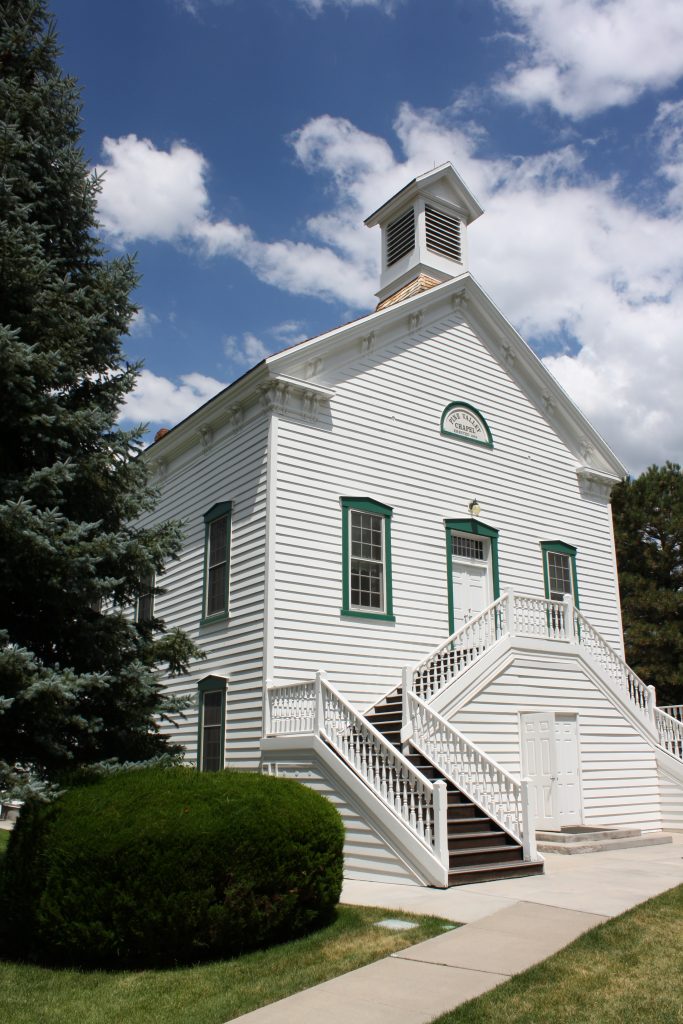 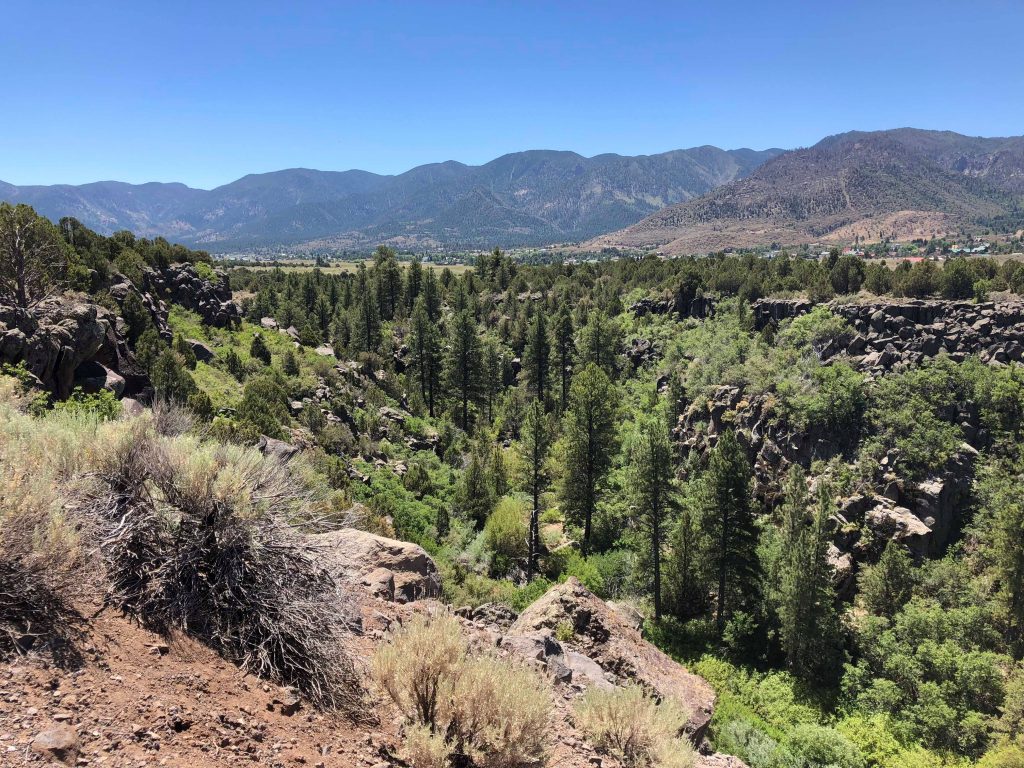 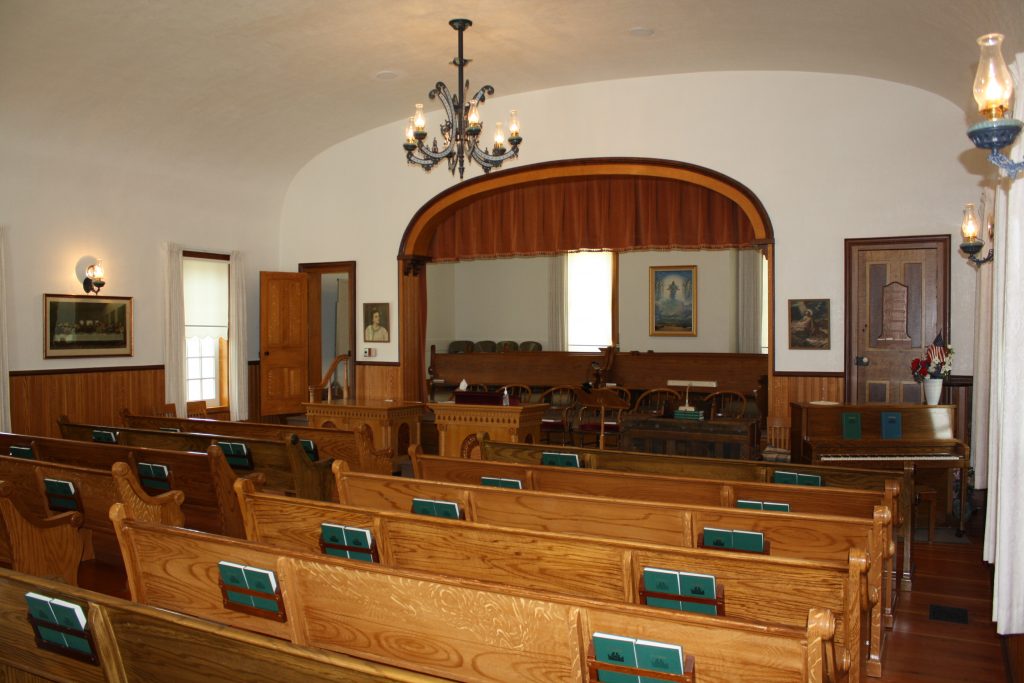 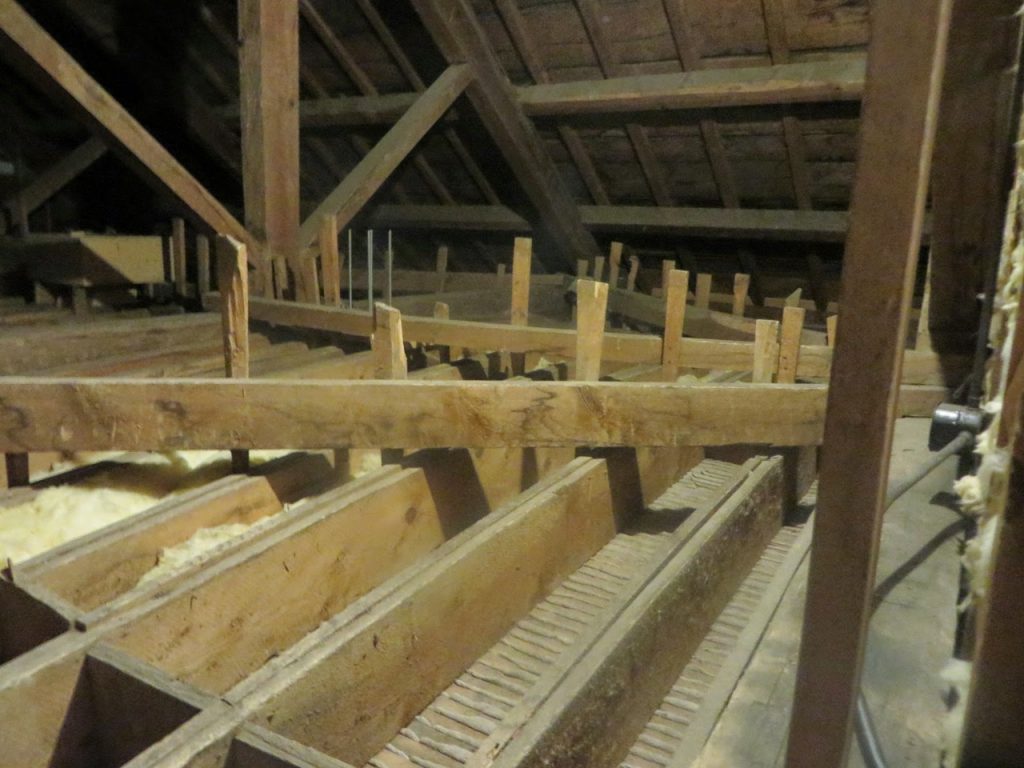 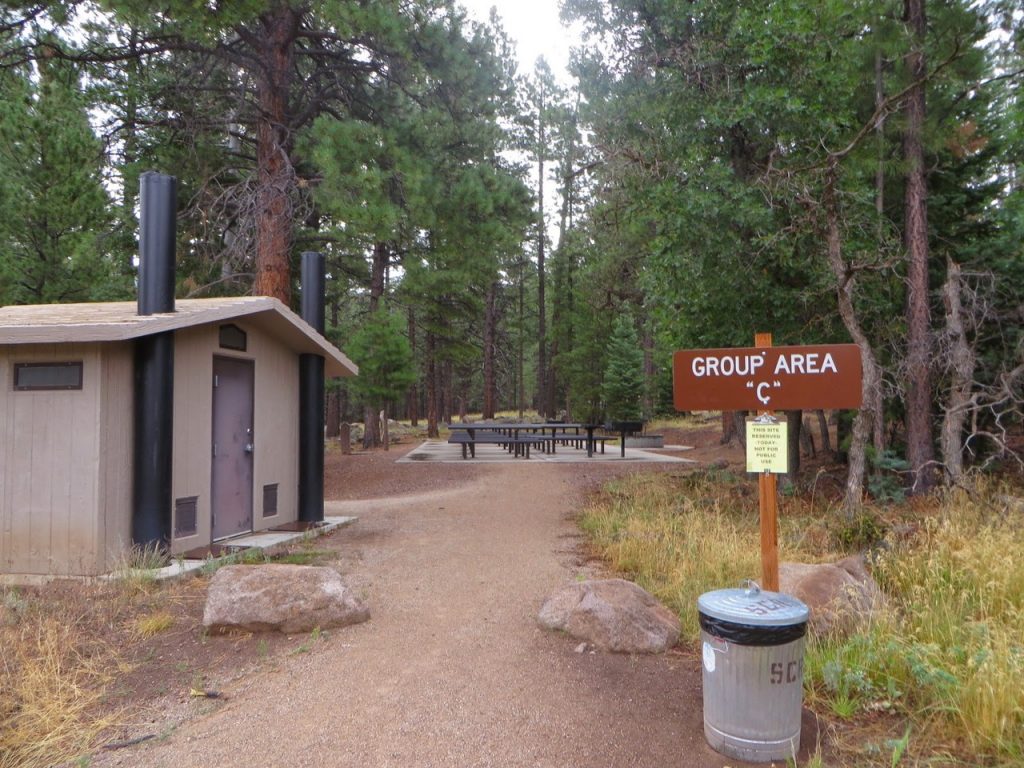 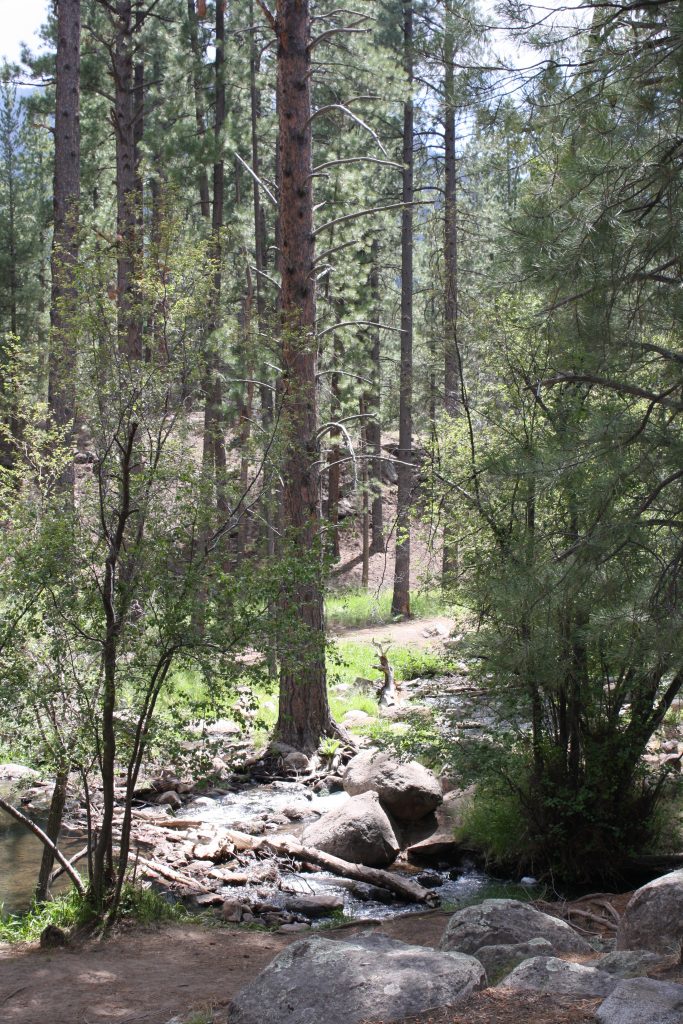 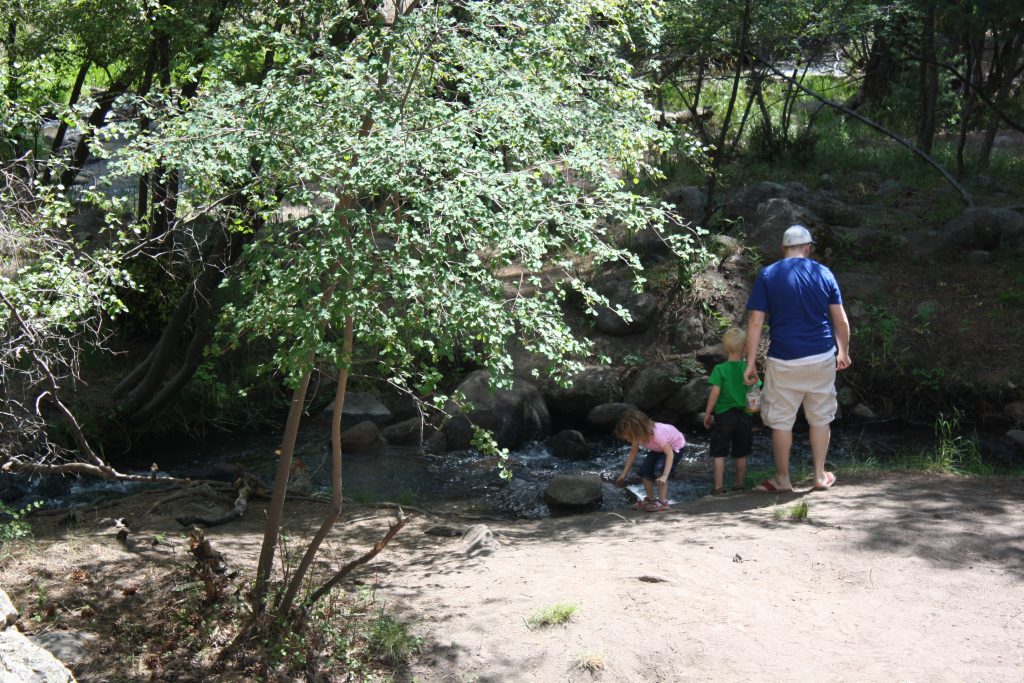 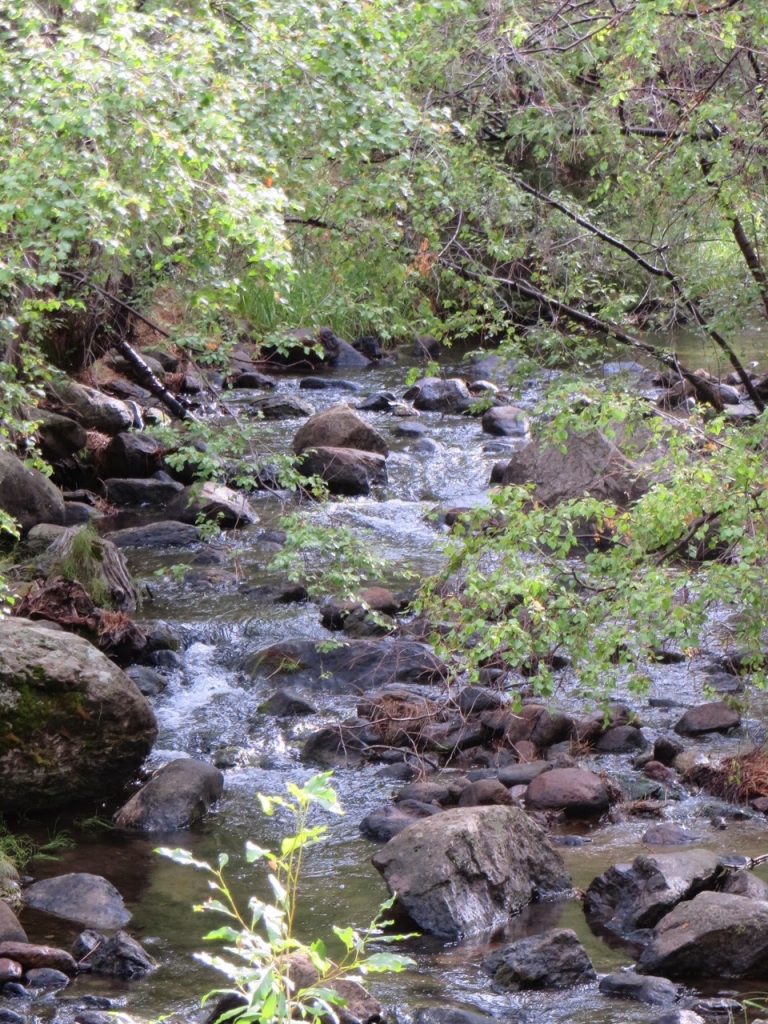 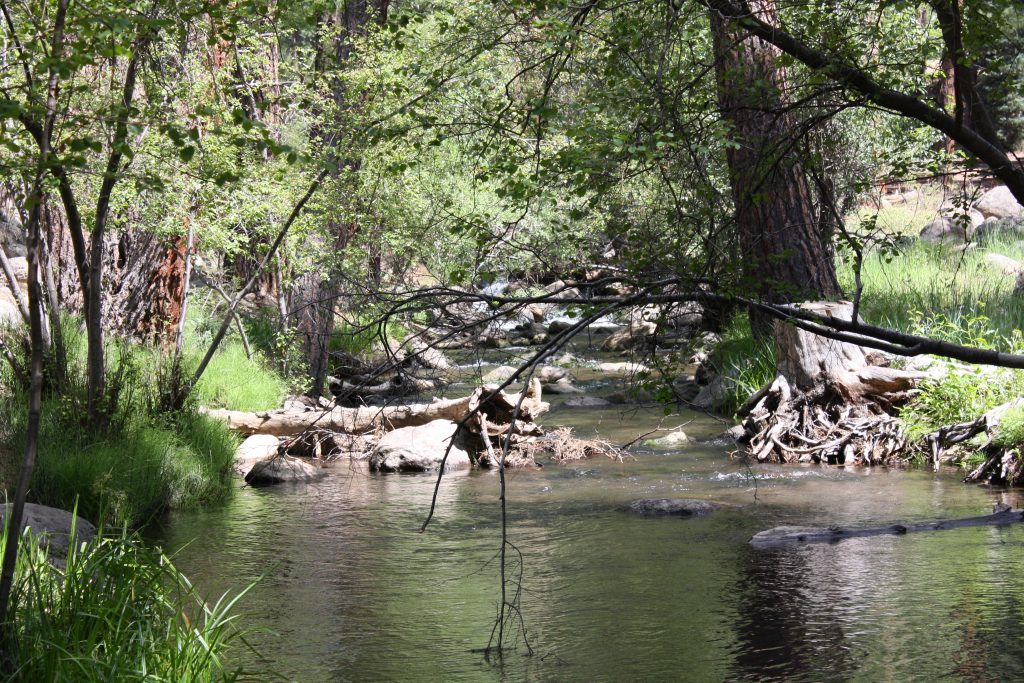 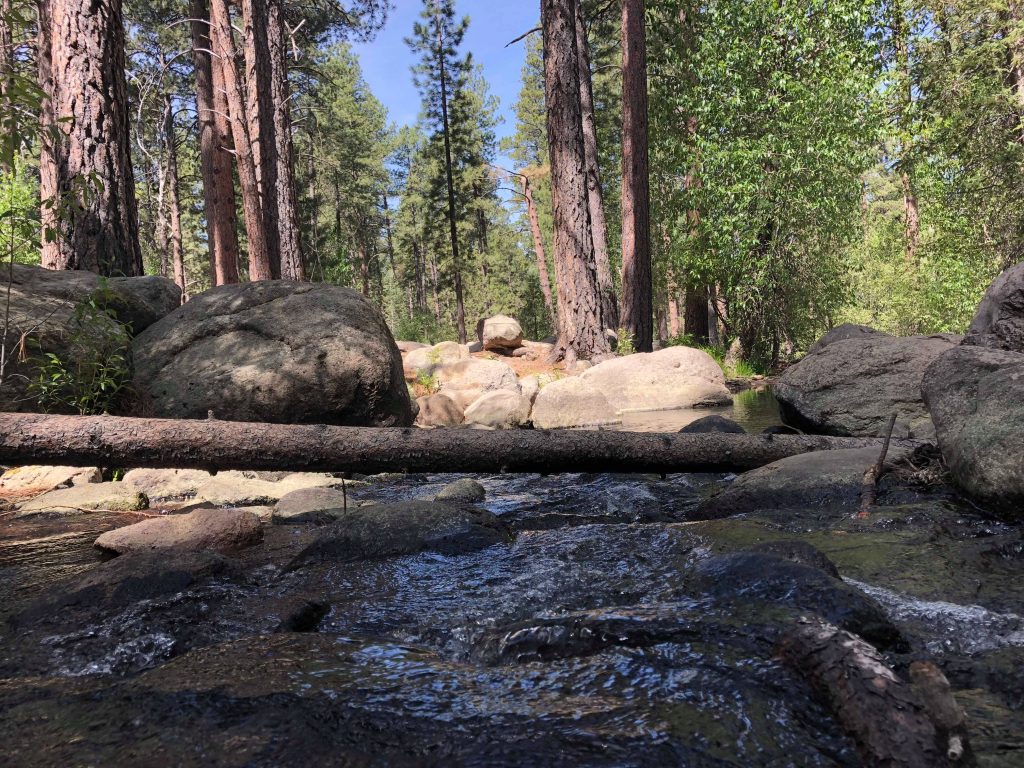