“We started this project many years ago, prefacing our conversations with, ‘I wish we could,'” Cockerill said in her address to the gathered crowd.

Prior to the “missing link’s” completion, cyclists had to exit the trail onto a busy and potentially dangerous section of Riverside Drive until they were able to reconnect with the paved path.

For over five years, members of the Southern Utah Bicycle Alliance and the city of St. George have been working with multiple agencies to bring the trail to fruition, St. George City Council Member Dannielle Larkin said.

The newly completed portion of the trail travels through sensitive ecology along the Virgin River, Larkin said, adding that they coordinated closely with the Utah Division of Wildlife Resources to design and complete the trail to allow for cycling and pedestrian traffic while protecting area wildlife.

“It’s just taken years to create this space where it would be beautiful and a great connection for trail users but also protect our wildlife,” Larkin said. “Both were important, and it took us a long time to do that the right way.”

Along the “missing link,” there is a boardwalk complete with welcoming arches bearing the trail’s name. Cockerill said they are in the process of developing an educational program which will have information about the birds and fish supported by the Virgin River, as well as benches at points along the trail for wildlife viewing and resting.

Other agencies involved in the trail’s completion include the Utah Department of Transportation, Washington County, the
Utah Office of Outdoor Recreation and many others.

Cyclists and other trail users can now travel from Washington City all the way to SunRiver, with the eventual goal of building and connecting the trail all the way to Zion National Park, St. George Mayor Jon Pike said.

In addition to recreationists who use the trail, both Larkin and Pike said that they hope it goes a long way to providing a viable transportation alternative to vehicles.

“This is the thing about the trail system: if it’s not connected, it’s not very usable,” Larkin said. “Not just for recreation users, but for people to be able to ride to work. It gives people transportation options … It’s a big deal.”

For Larkin, who has been part of the project for years, seeing it come to fruition is really exciting, she said.

“I think this is an awesome milestone to get done,” she said. “It makes a great connection to the cities.”

Friday’s celebration began at the Sullivan Virgin River Soccer Park in Washington City where Washington City Mayor Ken Neilson joined Pike and Cockerill in a brief ceremony thanking the myriad people and agencies involved in completing the trail connection, after which Pike and Neilson led cyclists in a leisurely ride along the paved Virgin River North Trail. 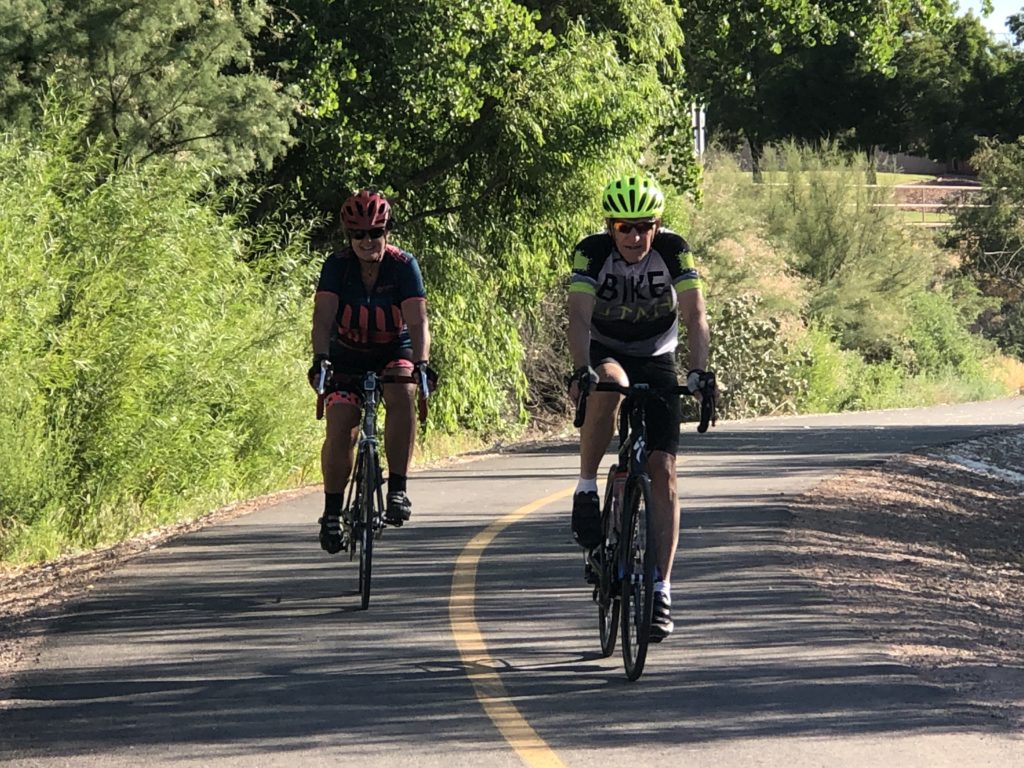 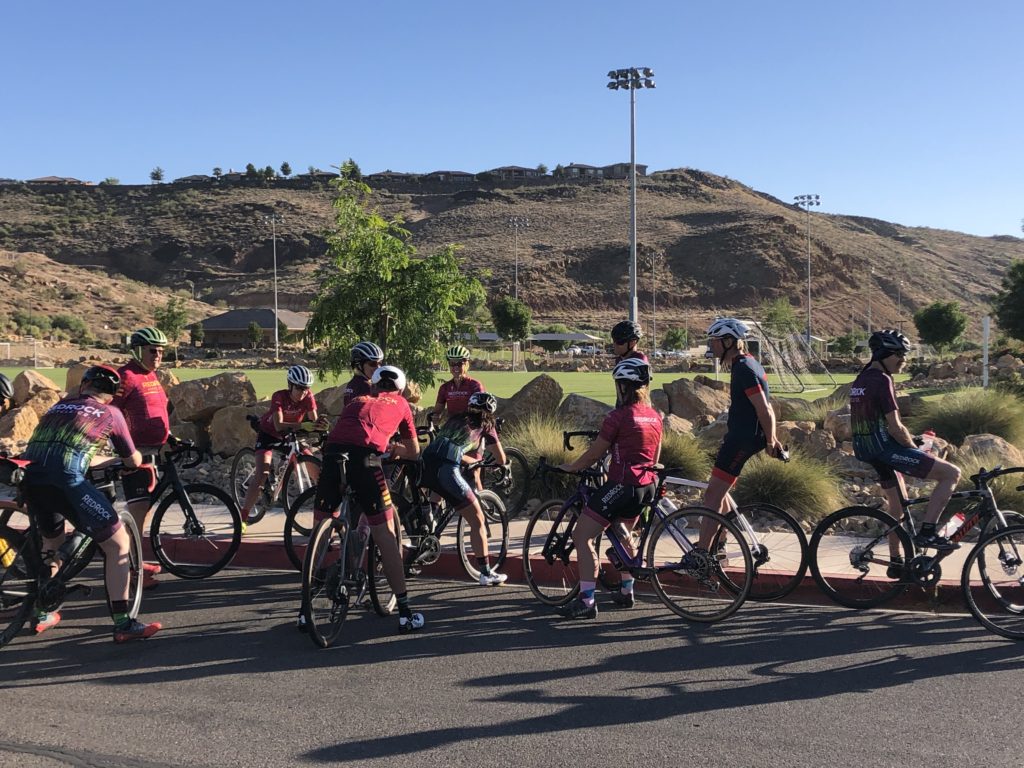 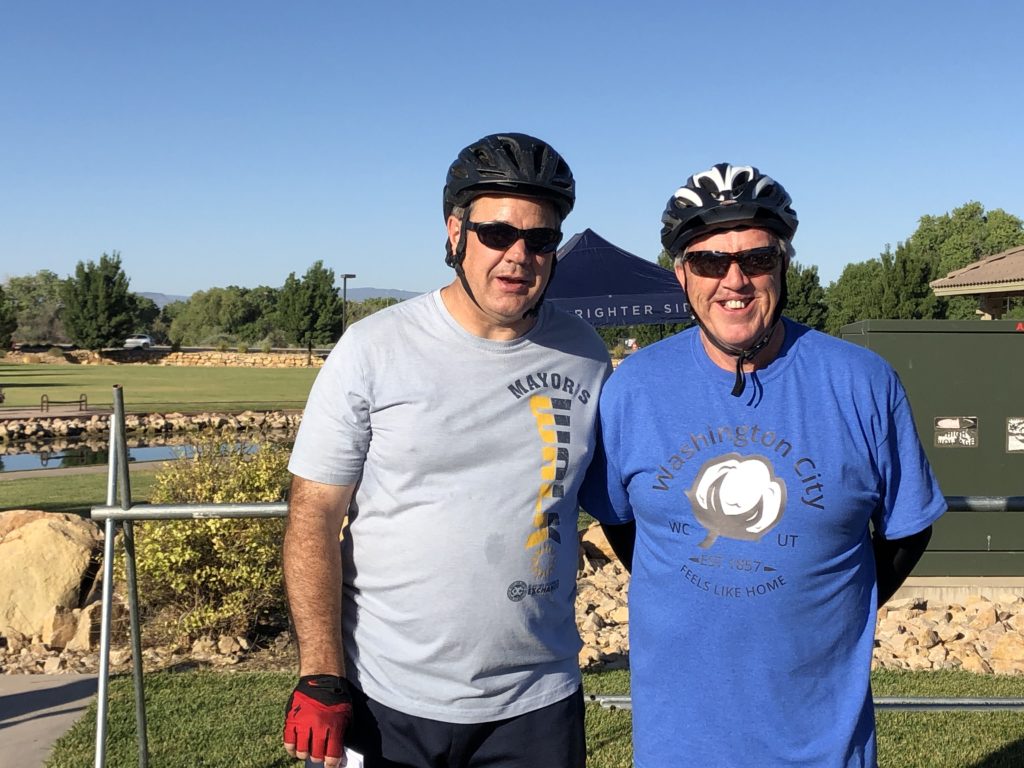 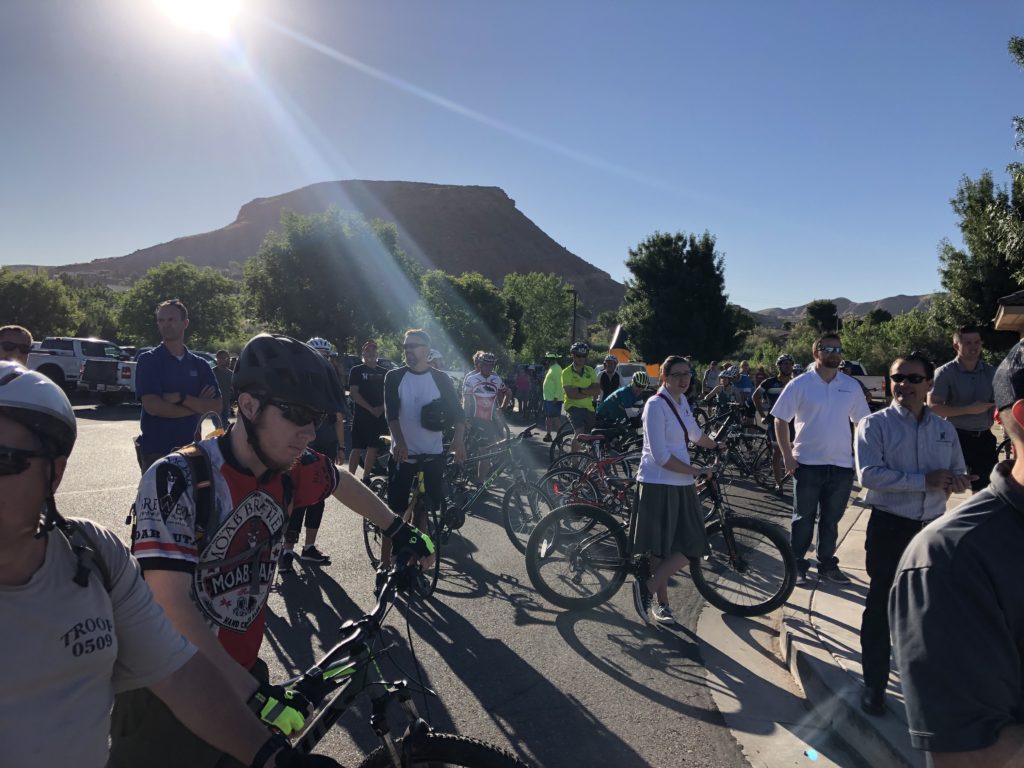 Cyclists, along with city and county leaders and others gather at Sullivan Soccer Park to celebrate the completion of the Virgin River North Trail, Washington City, Utah, June 12 2020 | Photo by Hollie Reina, St. George News 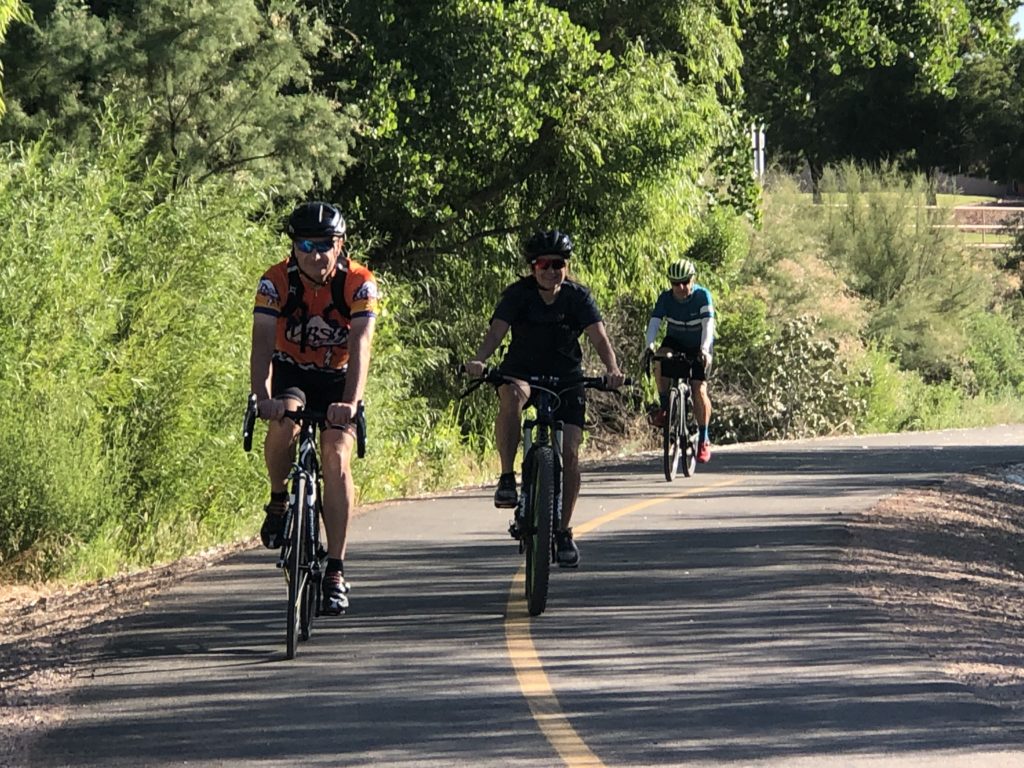 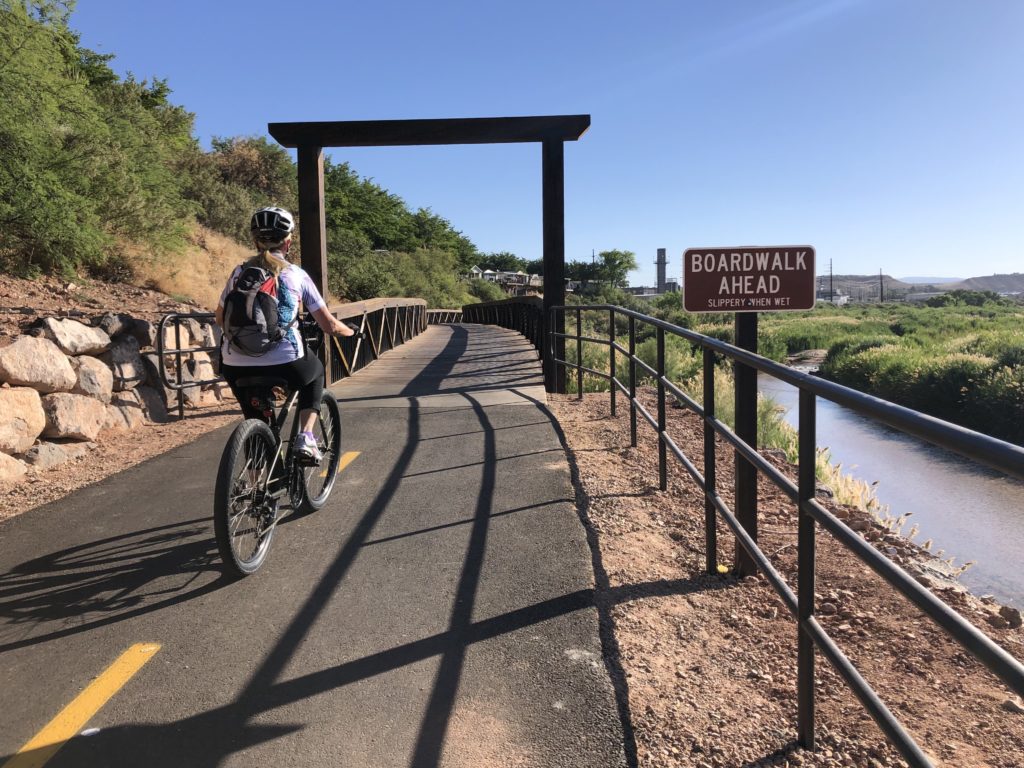 Are bicycle shops essential? Here's how some shops are keeping Southern Utah cycling through COVID-19