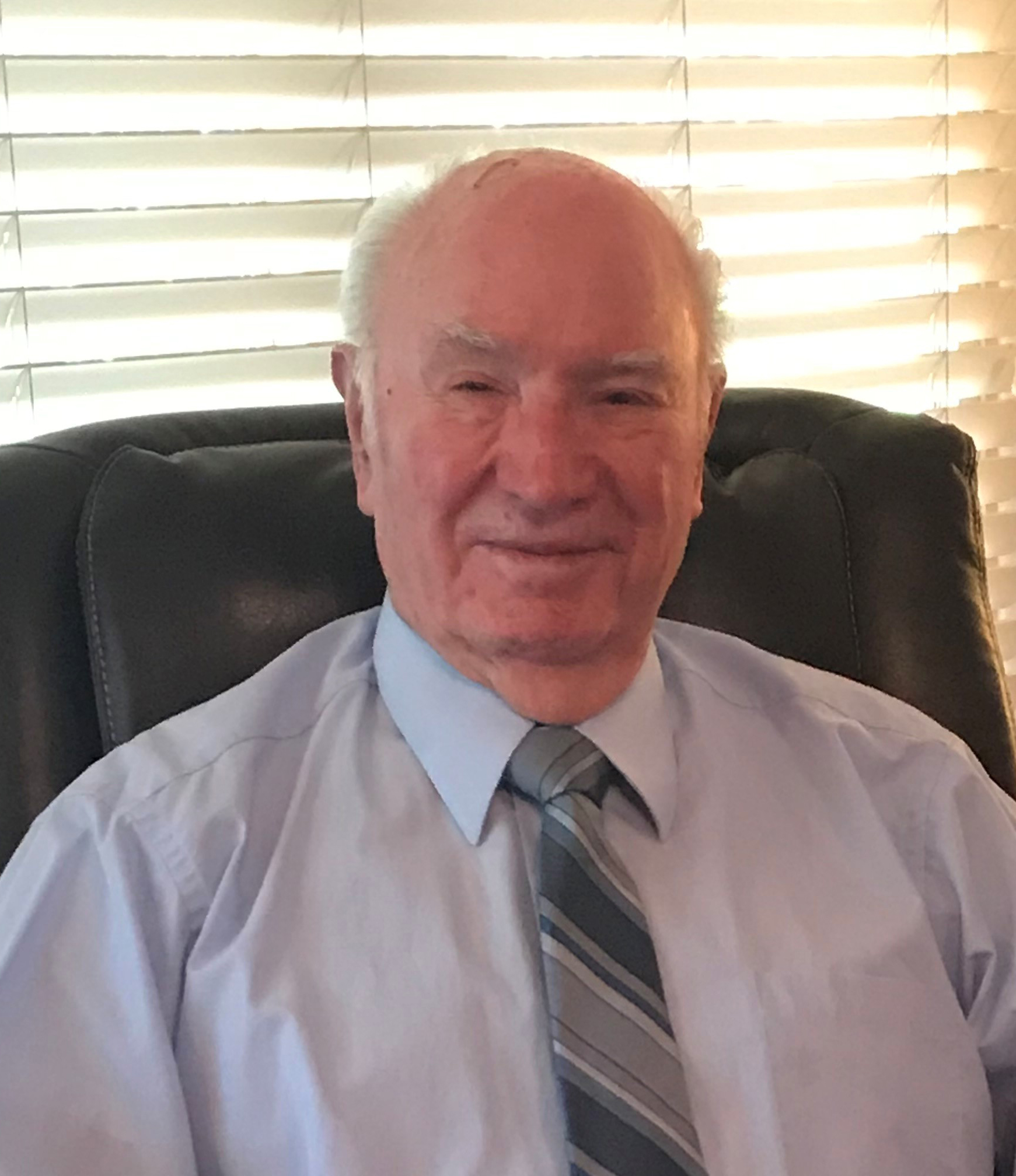 He was a man, who, like a cat, had nine lives or possibly more, after surviving a plane crash, a brain tumor, multiple heart surgeries, and raising four sons and one daughter with his best friend and eternal companion of 64 years, Barbara Jean (Leavitt) Rhoads.

He was born a whopping 13 pounds and 25 inches long on Oct. 6, 1932, in Willard, New Mexico to Ruby Earl Waren and William Emory Rhoads. He was the oldest of four children and had a childhood full of trials and several moves, but those hard times were eclipsed by memories of baseball, music and outdoor adventure with his extended family and loving lessons of wisdom in regards to respect for authority and women from his dear father.

He was drafted his senior year of high school for the Korean War. He joined the Air Force and finished basic training in California. He then attended radio school and was awarded flight status from the University of Alaska after helicopter school. He served in a helicopter squadron at numerous Air Force bases until being discharged at Nellis Air Force Base in Nevada. He loved his country greatly, and even in his later years said that “If my country needs me in any capacity, I am ready to go.” At the time of discharge, his rank was Buck Sergeant.

He worked many jobs in his lifetime, all of which required hard work with his hands and a deep knowledge of machinery, mechanics and woodcraft.

He was baptized into The Church of Jesus Christ of Latter-day Saints on Feb. 13, 1958. He married his wife and was later sealed to her for eternity in the St. George, Utah Temple on June 27, 1959. He loved God and served with unflinching faith in many teaching capacities in the church and his most memorable callings are the 20 years that he served with the Aaronic Priesthood.

His greatest joy was his family. He and his wife were blessed with five children: Steven (JC), Brian (Sally), Daniel (Valerie), Shelly (Dale), and Daryl (Jenna). He leaves behind a beautiful progeny of 29 grandchildren and 36 great-grandchildren who will miss his outlandish stories and quirky wood carvings. We love you Grump. Until we meet again.

He is preceded in death by his parents, two sons, and grandson. Interment will be in the Tonaquint Cemetery.