ST. GEORGE — The Hurricane Tigers traveled to Crimson Cliffs where they took on the Mustangs. The game was knotted up at the half but Hurricane went up five heading into the fourth quarter. The final minutes of the game went back and forth with some sloppy play, eventually climaxing with a Trei Rockhill offensive rebound and put back to tie it up at 61. The Tigers started fouling late in overtime and the final score was 73-66. The win marked the first overtime game for the Mustangs and their first overtime win.

“We lost our composure,” Tigers head coach Todd Langston said. “We were up five with two and a half minutes to go. We come down and instead of working the ball around and getting a good shot, we came down and forced a couple of bad shots and it cost us the game. We had a great look to win the game right underneath the basket with two seconds to go and missed the layup. We’ve played a lot of close games, I thought we’d be prepared for it, and that’s a hard one to lose because I felt like we should’ve won it.”

Crimson Cliffs coach Kasey Winters was happy with his team’s fight. It looked as if Hurricane was going to pull away with the game with under three minutes left, but the Mustangs continued to battle.

“Play hard, box out, kind of all the cliche things,” Winters said of their play late. “We just had to get stops, give them one shot and then get good shots on the other end. It was kind of just all those things. Just stay with it, trust it and guard without fouling. They did it, they battled.”

From the start of the game, Trei Rockhill was hot. He had 13 of Crimson’s 30 points at the half, and it continued into the second half. As for Hurricane, Bryce Thomas had a quiet 20 point game. Dax Dayley had some big plays in the first half but Thomas came in big with his free throws in the second half.

With 46 seconds left on the clock in regulation, Crimson Found themselves down two. Hurricane was in a zone and the Mustangs were preparing a zone offensive play in the huddle. When they came out of the huddle, the Tigers had switched into a man-to-man defense.

“We just wanted to give them a different look,” Langston said. “We figured they would set something up for a zone offense so we thought, ‘well we’ll go man.'”

After a three point attempt, the ball was being batted around before Rockhill snatched it for the easy layup.

On an o-board Trei Rockhill gets the layup and it’s tied at 61. Hurricane has the ball with 7.9 seconds left. pic.twitter.com/CItAKWiMRc

After that layup, Hurricane had the ball with almost eight seconds left and they decided to pound it inside to TJ Minor, who had success all night against the smaller Crimson team.

“That was kind of our game plan, to try and get him the ball inside then if they doubled and tripled down to kick it back out for open shots,” Langston said of Minor. “He did a great job, he got some good baskets and kept us in the game at times. It’s hard because he wants to score so sometimes he needs to kick it back out. You know how it is as a big guy, when you get it you don’t want to give it up.”

Minor could not get the layup to go at the end of regulation and there would be some free basketball at Crimson Cliffs.

With the first possession in overtime, Crimson Cliffs milked the clock and got a great three point look. It found the bottom of the net and they had the lead with about two minutes to go. From there on out it was Crimson’s game.

The one area where Region 9 teams have been hitting the Mustangs hard is in the post. They are a little undersized compared to other region teams, and the ones who are bigger try to punish them down low.

“It is and we know that,” Winters said about other team’s strategy. “That’s where we’ve got to be really good on the ball with our ball pressure, we’ve got to be really good with our help defense, we just have to do a good job of making it hard for that guy so he can’t just go one on one. He’s got to catch a tough pass, he’s got to go through a couple bodies and we did ok. We still gave up some pretty easy looks but they battled, they did what they could.”

Rockhill finished the night with 25 points and attributed his success to his teammates. He enjoys playing in the system that Winters has them running. The Mustangs get up and down the court and let shots fly.

“That’s how we play,” Rockhill said. “We like to run and shoot threes.”

Bryce Thomas was right behind Rockhill with 20 points on the night. Langston likes Thomas’ mentality to drive and score, but he emphasized that he needs to know when to share the ball. Thomas finished the night 6-15 from the field but he went 7-9 from the charity stripe.

“He’s a 90% free throw shooter and he’s super efficient, so we want him to have the ball in hopes that he will be fouled,” Langston said. “If he gets fouled, that’s as good as two points. He’s our best player, he’s our best scorer but he needs to also realize when it’s time to drive and kick.”

The region schedule doesn’t get any better for the Tigers.

“We hate to lose games that we feel we should get,” Langston said. “Snow Canyon will be at our place Tuesday and then Thursday we have Dixie at home. It’s just one game at a time, you can’t eat the elephant all in one bite.”

When asked about what the Mustangs will be looking to improve on, Winters harped consistency.

“We know how hard you can play, we know how you can rebound, we just have to do it at a more consistent clip so teams aren’t going on runs,” Winters said of his players. “If we can maintain our effort and our execution, that’s the main key for us right now.”

Crimson Cliffs plays at Desert Hills on Tuesday and then at home against Cedar. The Reds knocked off Pine View on Thursday night and the Thunder swept both their games against Cedar and Canyon View. 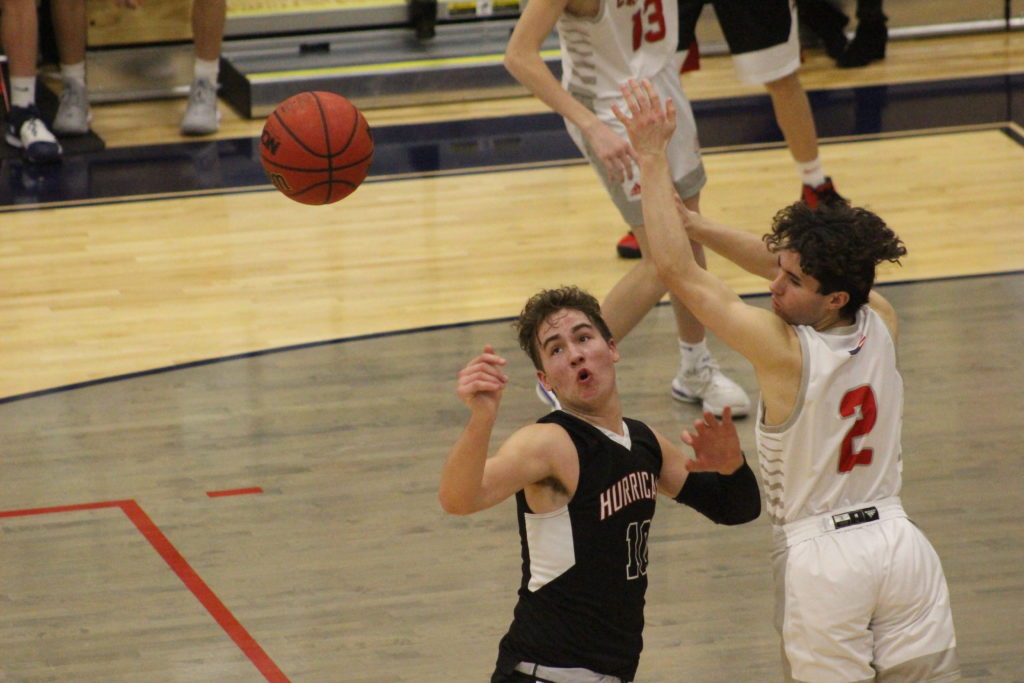 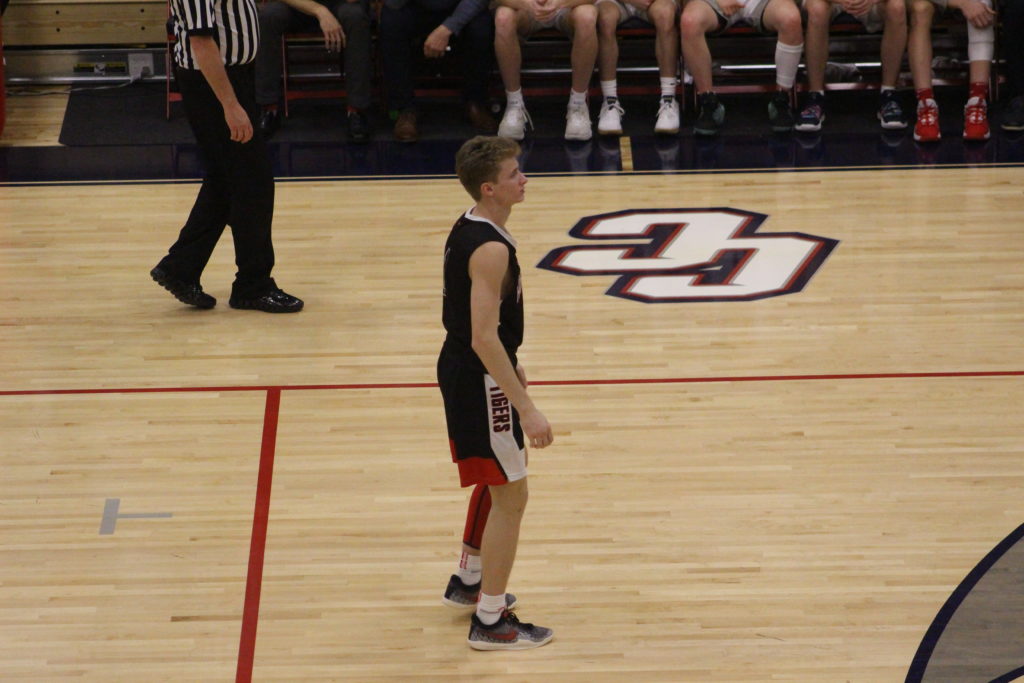 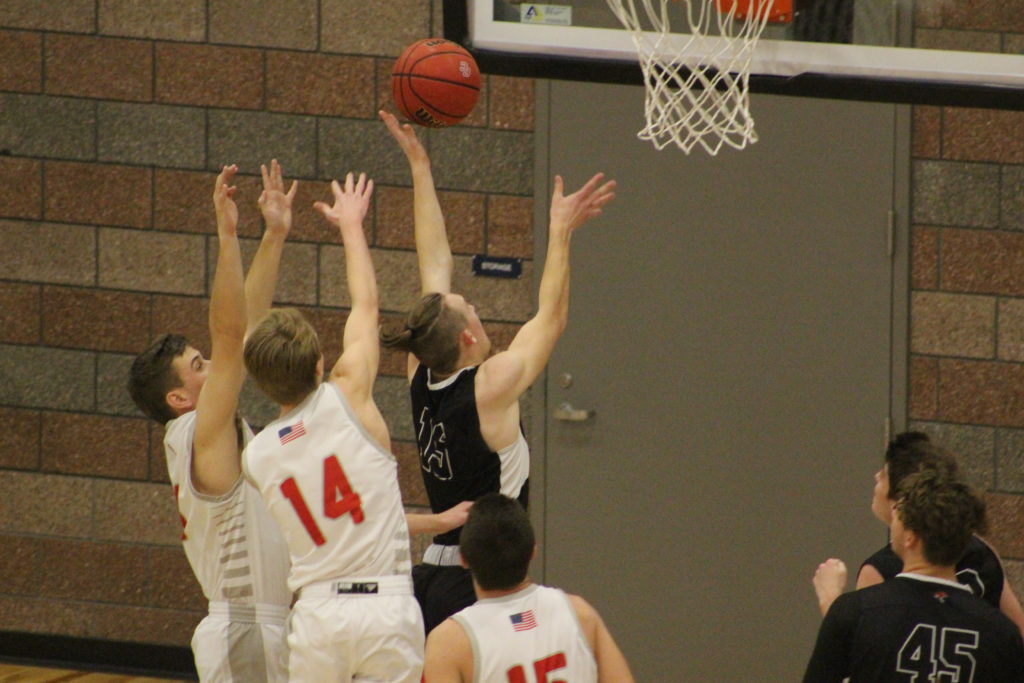 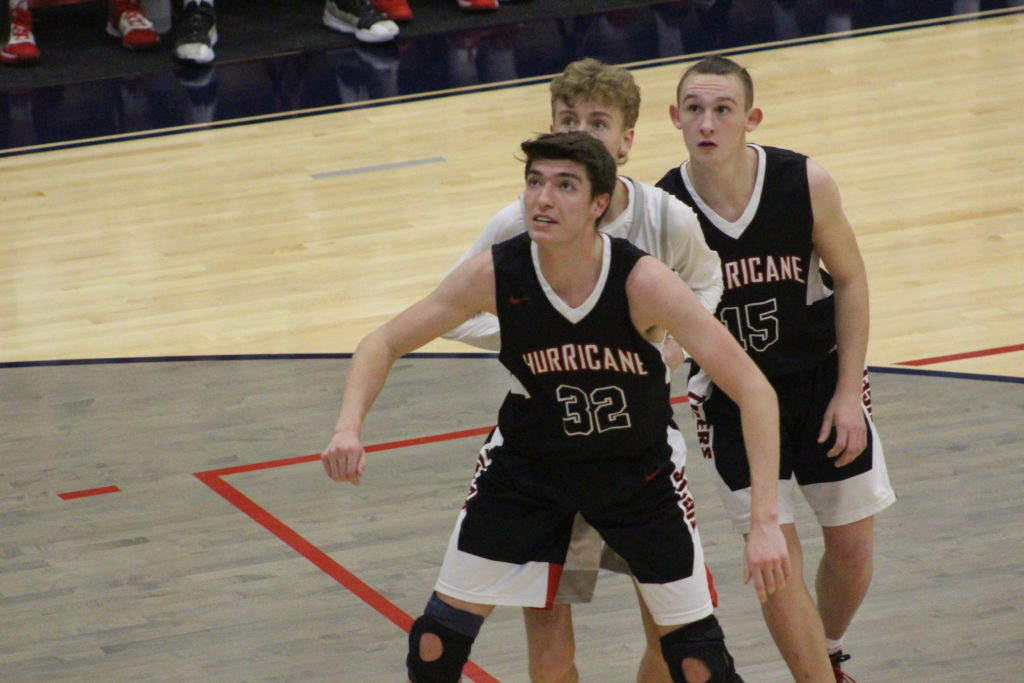 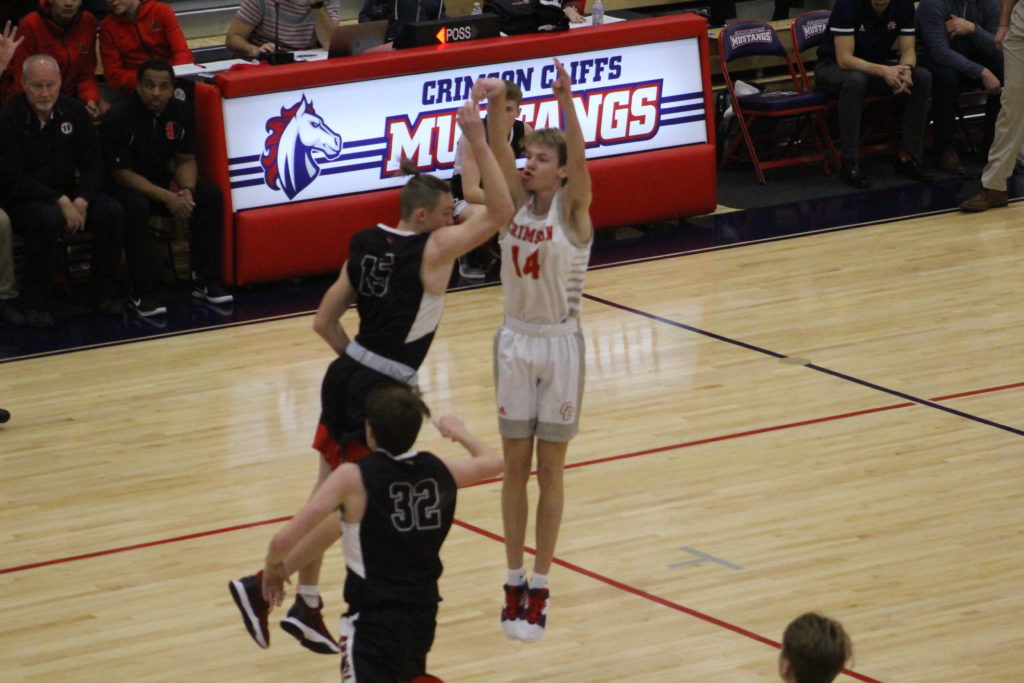 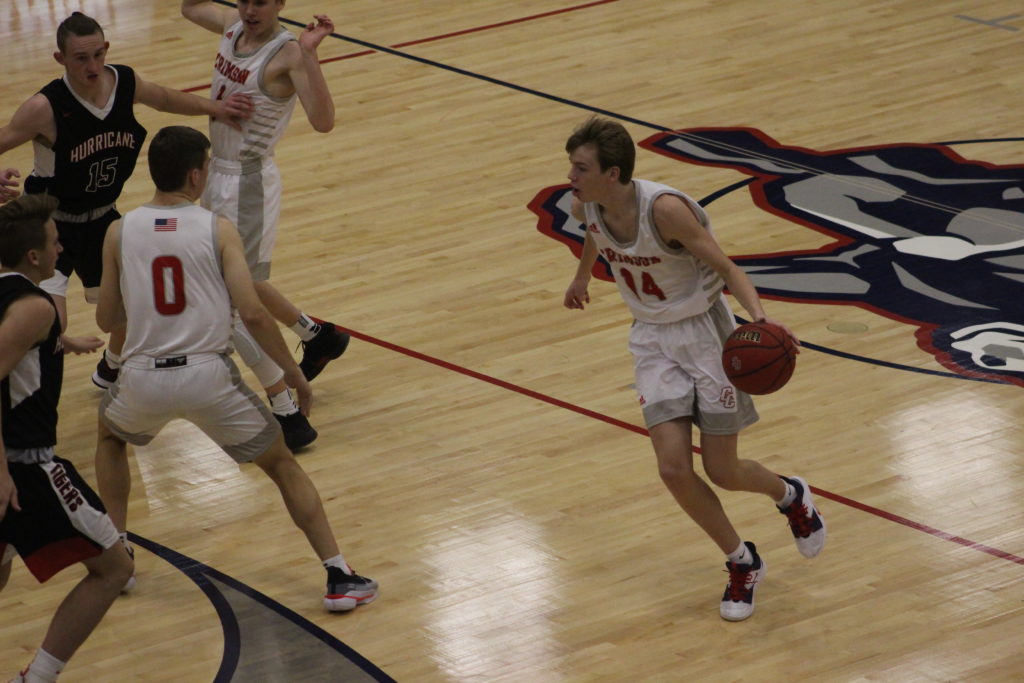 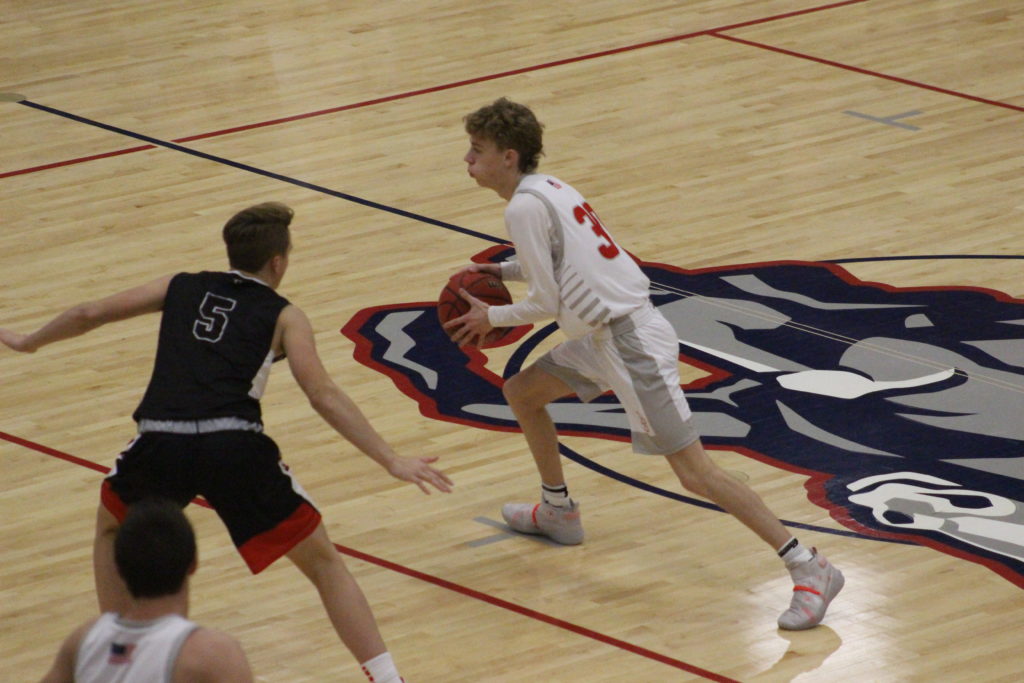 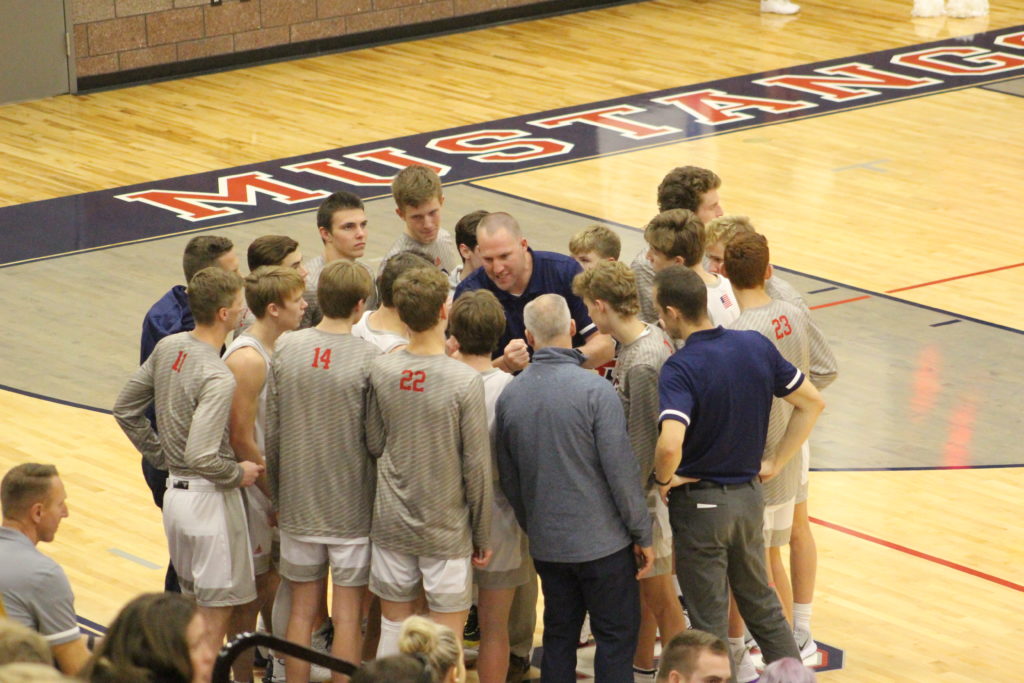 'It's exactly what I would want'; Athletic director from Oregon named new Desert Hills baseball coach

'The sky is the limit at this point'; Dixie High School’s Noah Lemke commits to Dixie State University