ST. GEORGE —In what would prove to be Dixie’s biggest test so far in Region 9 play, the Flyers would prevail, winning 34-28.

“Yeah, it’s just a battle every time we play those guys,” said Dixie head coach Blaine Monkres. “They bring their A-game, and they give us trouble on offense and on defense, so it’s always a tough battle. I knew it was going to be tonight.”

Snow Canyon would score early in the second half after a 47-yard touchdown pass from Frei to Kyle Stuart, but Dixie would once again score on the next drive after a Reggie Graff 29-yard touchdown run. With the missed point after attempt, the score was 14-13 in favor of the Warriors.

Dixie’s defense would stop the Warriors two times before the half, with the Flyer scoring two touchdowns of their own, moving the score to 27-14 at the half.

Right before the half, Landon Frei was running out of bounds when it looked like a Dixie player came in late and hit Frei. After some pushing and shoving, there were some unsportsmanlike conduct penalties, and a Dixie coach was ejected as a result of the scrum.

The second half would start slow, with neither team scoring until late in the quarter, when Braxton Hickman from Snow Canyon recovered a fumble and ran it back for the touchdown. Monkres said there was some miscommunication going on for the Flyers.

“We just muffed up a play somehow, I don’t know if we got a bad signal or what,” said Monkres. “That’s on me if we’re not communicating well, I’m the one doing the communicating. We just got confused, and that was my bad sending the wrong signal.”

The momentum looked like it had shifted in favor of Snow Canyon.

“We knew if we could get momentum then tables would kind of turn because they were the favorite team,” Snow Canyon quarterback Landon Frei said. “If we got momentum we knew it was anybody’s game, and that was the goal.”

Dixie scored a touchdown on a Preston Moore short run about halfway through the fourth quarter, but the excitement wasn’t quite done.

With about two and a half minutes left in the game, Snow Canyon scored on a 20-yard Frei pass to Brenton Childs. After a turnover on downs, the Warriors got the ball back with about 30 seconds on the clock, but they were not able to make anything of it.

Snow Canyon was led by Frei, who had three passing touchdowns, all on big yardage plays.

“Everytime we win I feel good,” said Monkres. “I knew they were going to play hard, they always do. We were just fortunate enough that we made enough plays to win tonight.”

Dixie stays undefeated, and will take on Crimson Cliffs next week, a matchup that Monkres sees as being a challenge.

“We got Crimson next week, which is going to be another battle. Half of our staff went over there, so they’re going to have those guys well prepared for what we do. They’re going to get after us too.”

As for Snow Canyon, they play Pine View at home next week, which is going to be another big game for the Warriors, as Pine View is also undefeated. Warriors head coach Mike Esplin said he wants to focus on his team’s consistency going forward into that game.

“Still consistency we’re going to thump on,” said Esplin. “Games are always filled with runs, but we want out runs to be longer and be followed by touchdowns more often.” 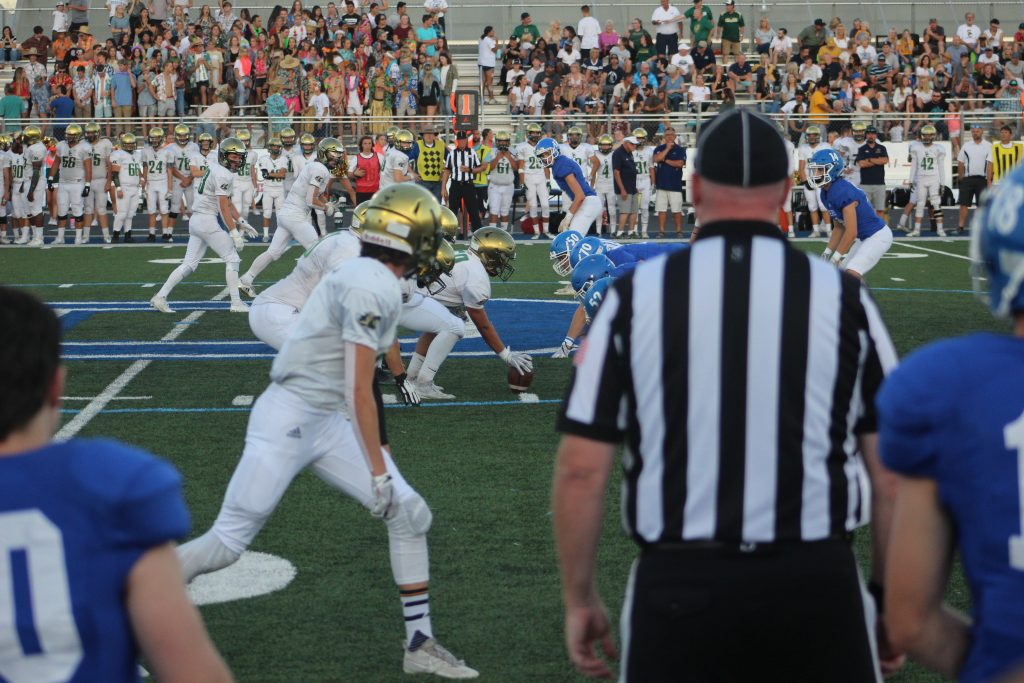 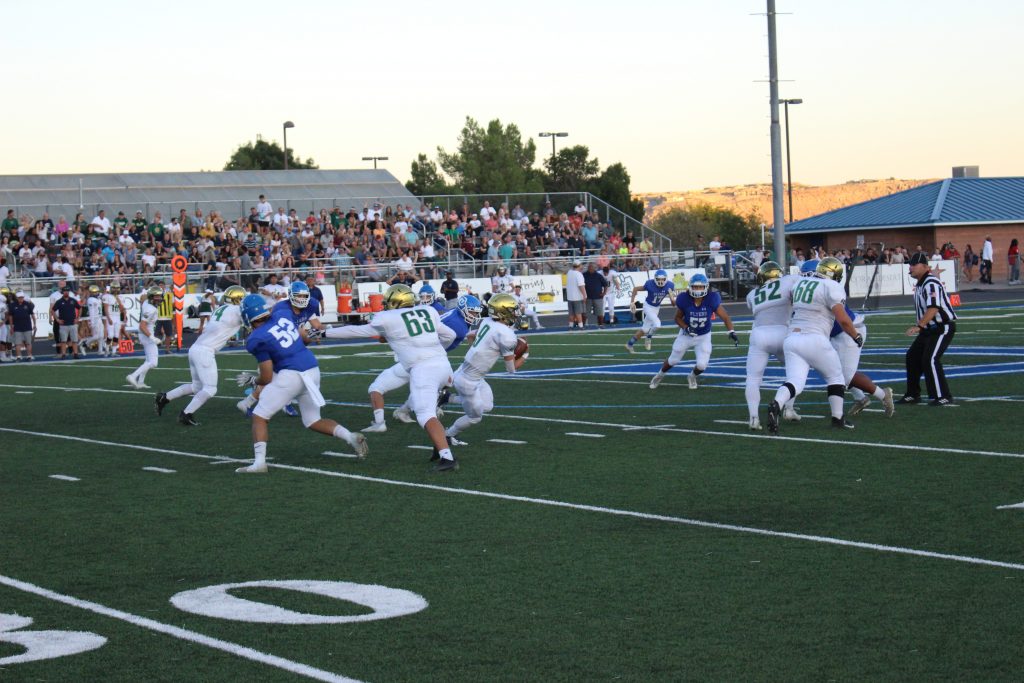 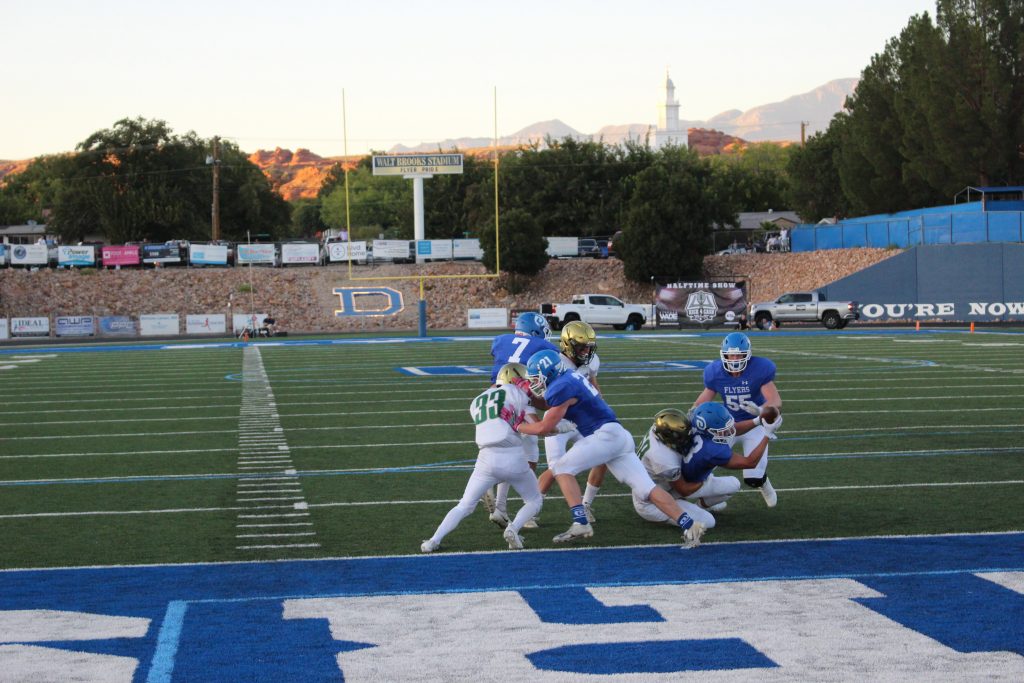 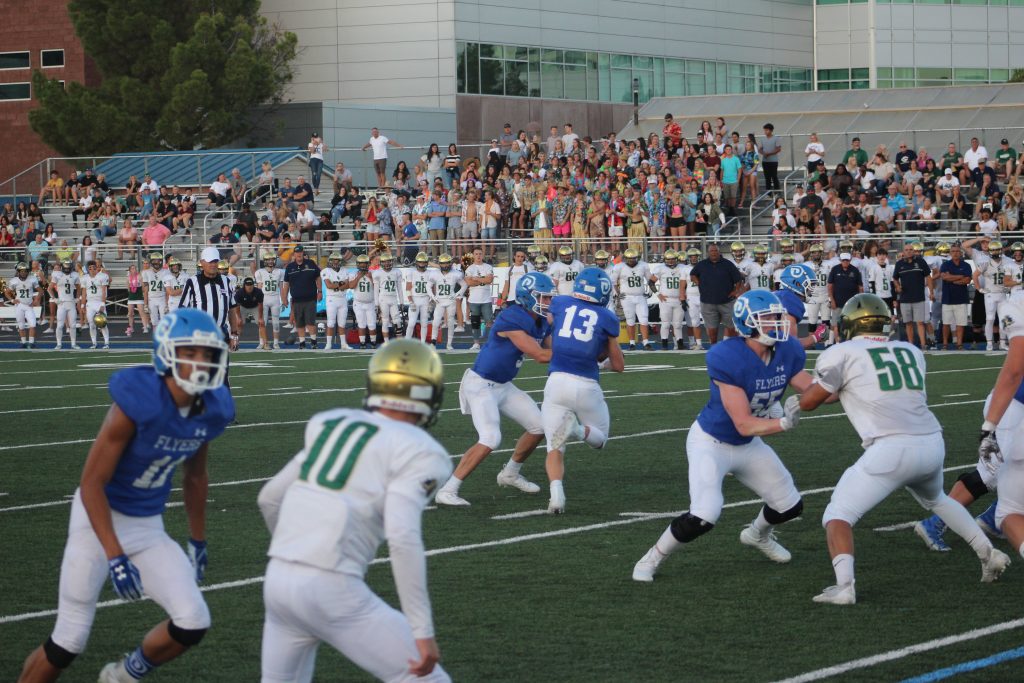 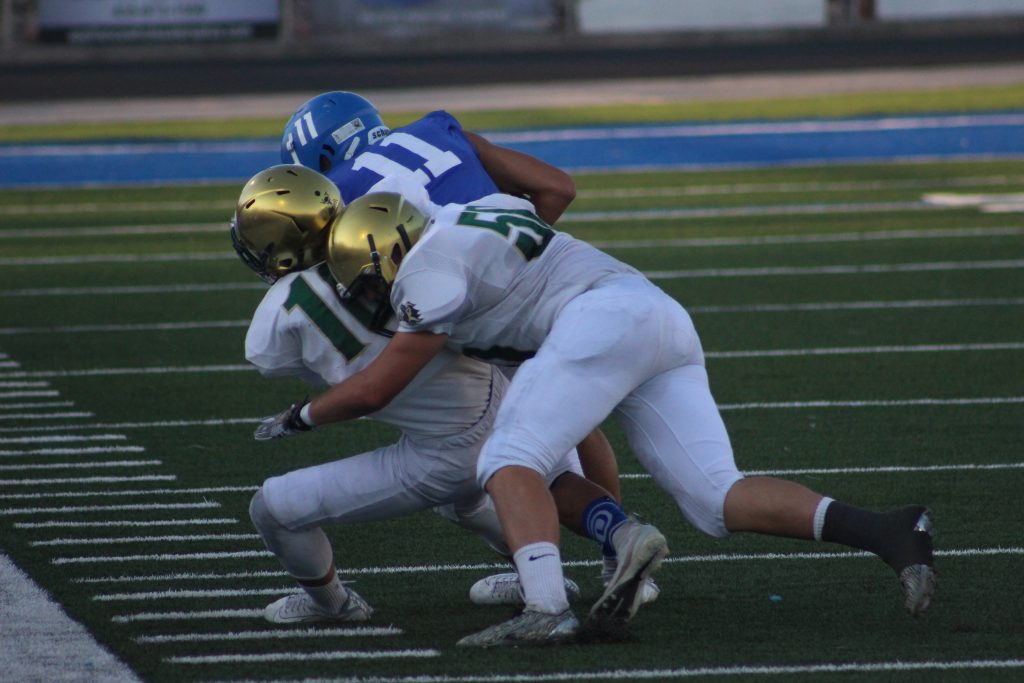 Cedar boys basketball slows pace of the game, but Dixie holds on to win, 45-32