FEATURE — One of the most concentrated collections of Native American petroglyphs in the Western United States – and also one of the least understood –  is in Southern Utah’s backyard: the Parowan Gap.

The Native Americans who etched these images into the rock held it in high regard, as do their descendants today.

According to archaeologists, people have been living in the area surrounding the Parowan Gap for over 12,000 years. The first inhabitants were hunters and gatherers, moving with the seasons.

Few artifacts remain of these ancient people, and archaeologists believe that the people responsible for most of the rock art lived during what is known as the Fremont period, starting at about 500 A.D. These people may have lived just east of the Gap, living in pit-houses, growing staple crops such as corn and making pottery.

However, excavations of the site have shown no evidence to suggest ancient peoples lived near the Gap long term, BLM Cedar City Field Office archaeologist Jamie Palmer said. They probably stayed for a couple of days and then moved on.

The ancient peoples passing through wanted to put their mark on the place.

“They followed the animals and the seasons,” said Dorena Martineau, cultural resources director of the Paiute Indian Tribe of Utah.

Given the petroglyphs’ abstract nature, nothing sticks out to give archaeologists a firm idea as to when they were inscribed, Palmer said.

Regardless of their date, the Gap’s petroglyphs tell countless stories – of the people who etched the rock art itself, of the plants and animals of the area and also of the formation of the Gap.

“Even though we can’t read the petroglyphs, they’re important stories from our past, small and big,” Martineau said. “It’s like our library.”

The challenge is the interpretation of these stories displayed in stone for thousands of years. For instance, some interpret cross-shaped images as birds either in flight or making tracks along the ground. This depiction matches up with the bird habitat around the Gap today, where birds of prey such as golden eagles, peregrine falcons, prairie falcons, red-tailed hawks and great-horned owls nest.

The most unique rock art at the Gap is what is known as the “zipper glyph.” While the other rock art in the Gap isn’t necessarily one-of-a-kind, there is nothing like the zipper glyph seen anywhere else.

And it is a prime example of the differences in interpretation of the Gap petroglyphs. In the astroarchaeological perspective, the zipper is a map of the site, showing how the solstices and equinoxes align with it.

However, according to the Paiute Tribe, the glyph is about a man’s journey and a few other events, such as people starving.

“It’s a map of where they had gone,” Martineau said of the zipper glyph with its corresponding marks all the way around.

One of the fun things each visitor gets to do is interpret the petroglyphs him or herself, Palmer said, but probably no one will ever know what they truly mean.

“We’re not likely to understand it anytime soon,” he said.

From then until now

The Parowan Gap is made of Navajo sandstone and started forming approximately 200 million years ago when sand dunes covered much of the area. Many other layers of sediment compressed, uplifted and faulted to expose the layer of stone. It is known as a wind gap because the ancient river that carved it no longer runs through it, drying up possibly when the climate grew hotter and drier.

The first recorded mention of the Parowan Gap was in the journal of Robert Campbell, clerk and historian of an exploring expedition that broke off from a larger group led by Parley P. Pratt, an early apostle of The Church of Jesus Christ of Latter-day Saints.

Campbell copied some of the petroglyphs into two pages of his journal. Upon returning to Salt Lake City, Pratt told Brigham Young that Ute Indian leader Chief Walker called the Parowan Gap “God’s Own House.”

One of the most interesting aspects of the Gap’s history is the transformation over the years both of the site itself and its interpretation. Better interpretation, aesthetics and different perspectives were at the core of a BLM upgrade of the site in 2013.

For years, there was a chain-link fence as a barrier between visitors and the petroglyphs with a three-panel kiosk in the dirt parking lot providing the interpretation of the rock art.

One of the disadvantages of this arrangement was aesthetics, but the main problem was that visitors were receiving no chance themselves to view the interpretation in close proximity to the actual petroglyphs. Either the visitor would read about the rock art on the interpretive panels then go see the petroglyphs or look at the rock art first, then read about it.

The BLM observed that people interacting with the site seemed confused. When considering changes to the site, the BLM wanted to ensure it meshed well, and with the help of a landscape architect they did their best to put together the best interactive flow.

Another problem with the previous setup was that visitors were only getting one side of the story: the astroarchaeological perspective of archaeologists who have researched the Gap. There was no perspective of the Paiute Tribe, the descendants of the native peoples who etched the art into the stone thousands of years ago.

“The tribe really wanted their voice heard,” Palmer said, adding that the BLM approached the tribe in 2003 about changing the interpretation of the site.

Martineau said she appreciates the BLM’s efforts on behalf of the tribe and that the tribe has a great relationship with the agency.

Today, interpretive panels – several with the Paiute perspective next to the astroarchaeological perspective – stand near the petroglyphs. More attractive, less imposing steel fences were erected between the visitor area and the rock art.

Jacobsen said he thinks there is a night-and-day difference in what the site looks like now compared to what it used to be. There is no more confusion among visitors.

“It just draws you into it,” he said, adding that visitor survey data regarding the improvements has been positive.

The new improvements have also helped somewhat with vandalism, which has been a problem at the Gap since early settlers discovered it. Today, pioneer inscriptions on the rock have become part of the historical record, but in general, defacing the rock art or putting one’s own mark on the stone is an offense punishable by law.

Jacobsen said vandalism has decreased at the site since the installation of the new fences and interpretive panels, but unfortunately it hasn’t ceased completely. There were bullet holes in some of the interpretive panels before new ones were ordered and placed just in time for the Summer Solstice event.

Defacing aside, visitors are asked to not even touch the petroglyphs, Martineau said, because the oils from their skin can harm them.

In addition to the better physical interpretation at the site, the BLM has started to promote the Gap in other ways. It recently revamped its webpages that discuss the Gap. Part of the interpretation on the website includes interviews with Paiute tribal elders.

Palmer said that they want to promote it better, tell the story and let people know it’s for everyone, not just for Iron County.

There is a sign clearly labeling the turnoff to the Gap, which is only 2.4 miles after you turn. Park in the parking lot to the left after driving through the Gap itself.

For the full experience, walk the pathways on both sides of the road and read the interpretive signs at each set of petroglyphs and points of interest.

The dinosaur tracks are a nice supplement to the petroglyphs – a stroll through what feels like a rock garden with birds of prey nesting above.

Solstice and equinox parties, the Summer Solstice one in particular, are the most popular events at the Gap. Hosted by the Parowan Heritage Foundation with permission from the BLM, the Solstice event allows visitors to see the summer sun line up perfectly with the Gap.

Because of this ideal alignment, some say the Parowan Gap serves as a calendar, but that’s the white man’s perspective, Jacobsen said, adding that the tribe doesn’t feel it’s a calendar.

This year’s Summer Solstice event at the Parowan Gap will be Saturday, June 22. For more information about it, visit the following link. 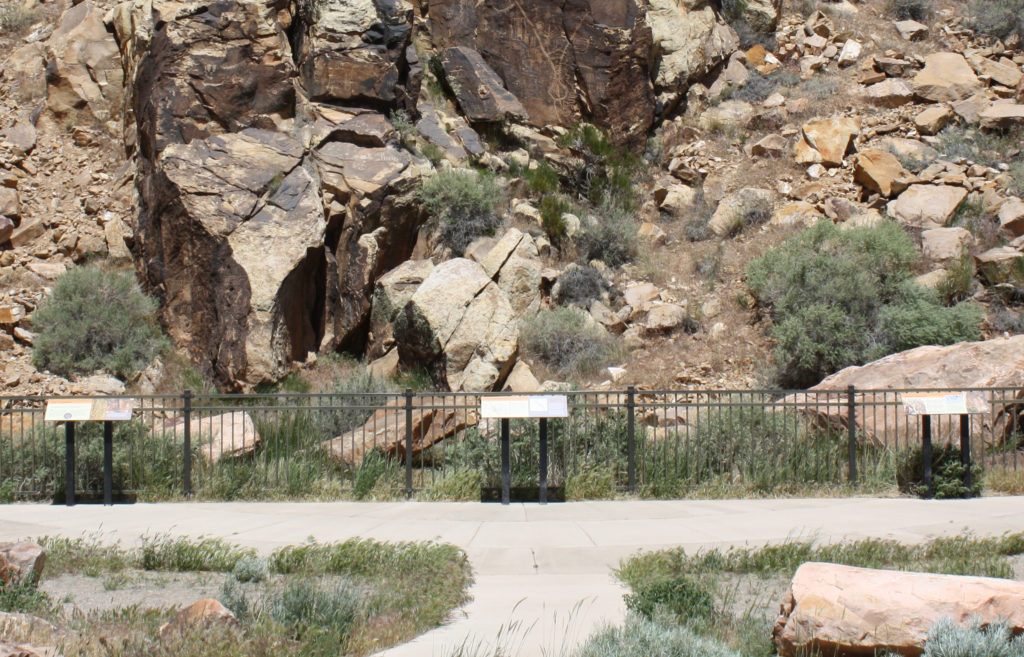 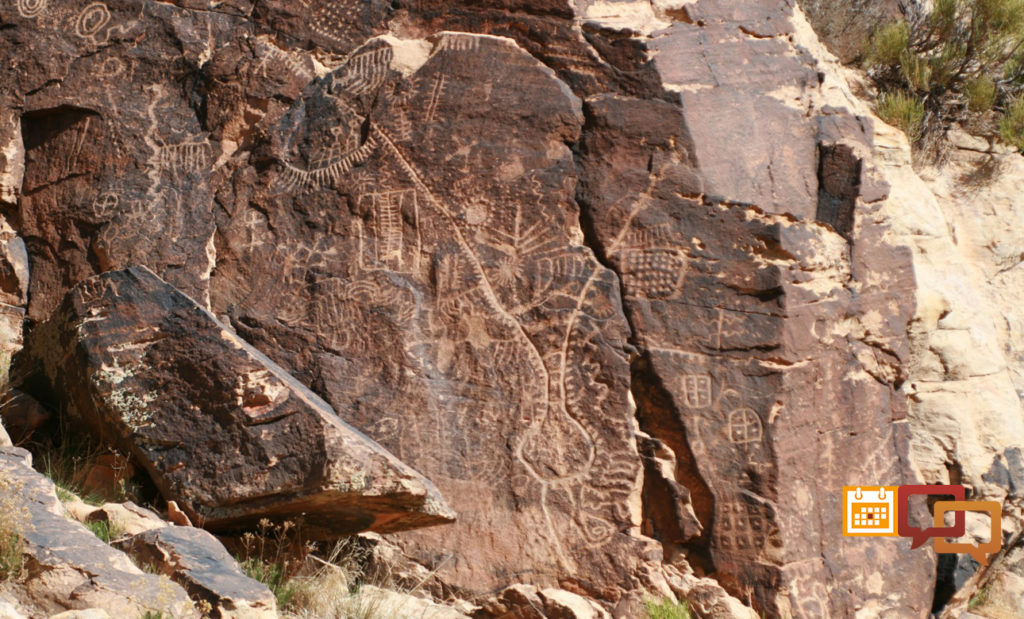 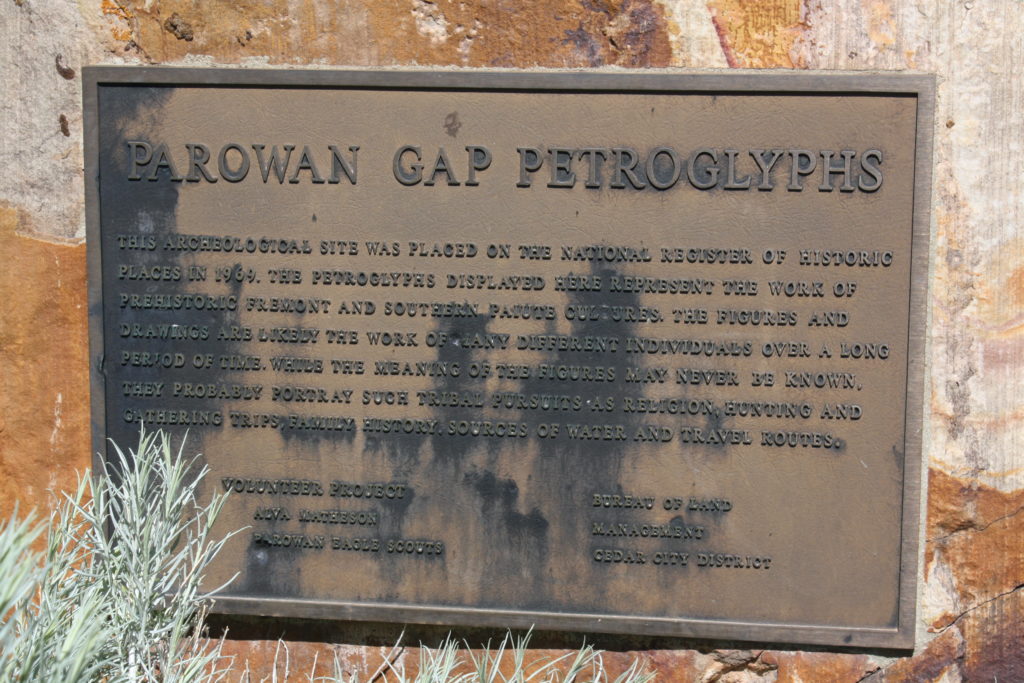 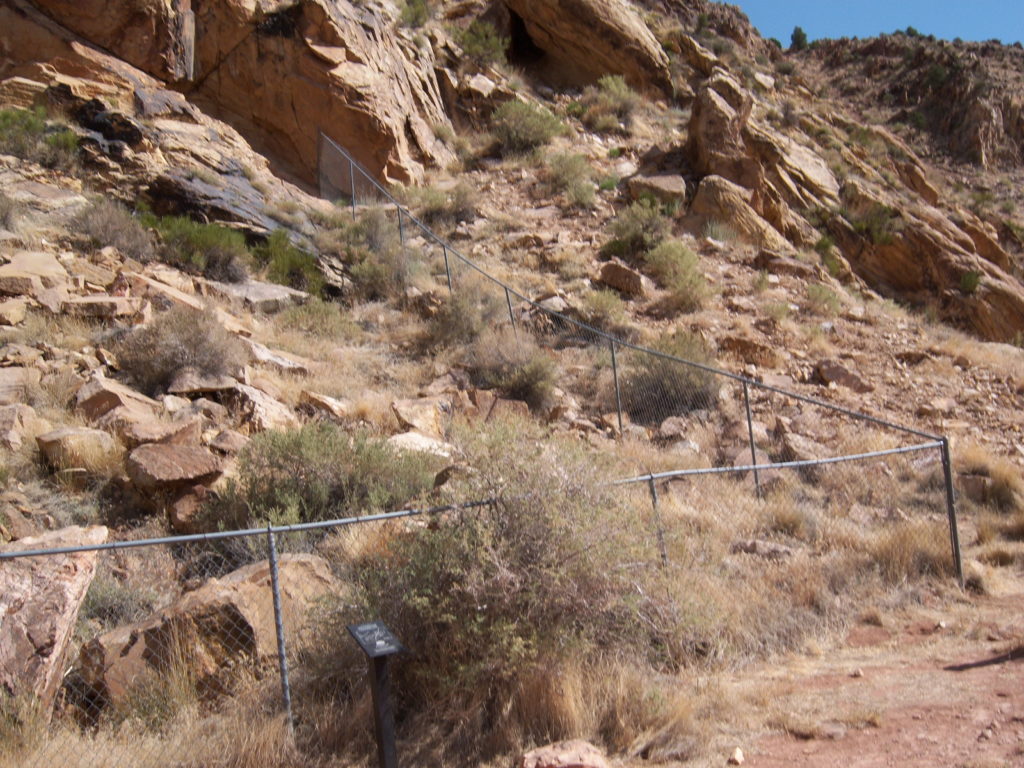 Before the BLM revamped its interpretation of the Parowan Gap, chain link fences served as barriers between the visitor and the petroglyphs, June 19, 2012 | Photo courtesy of BLM Cedar City Field Office, St. George News 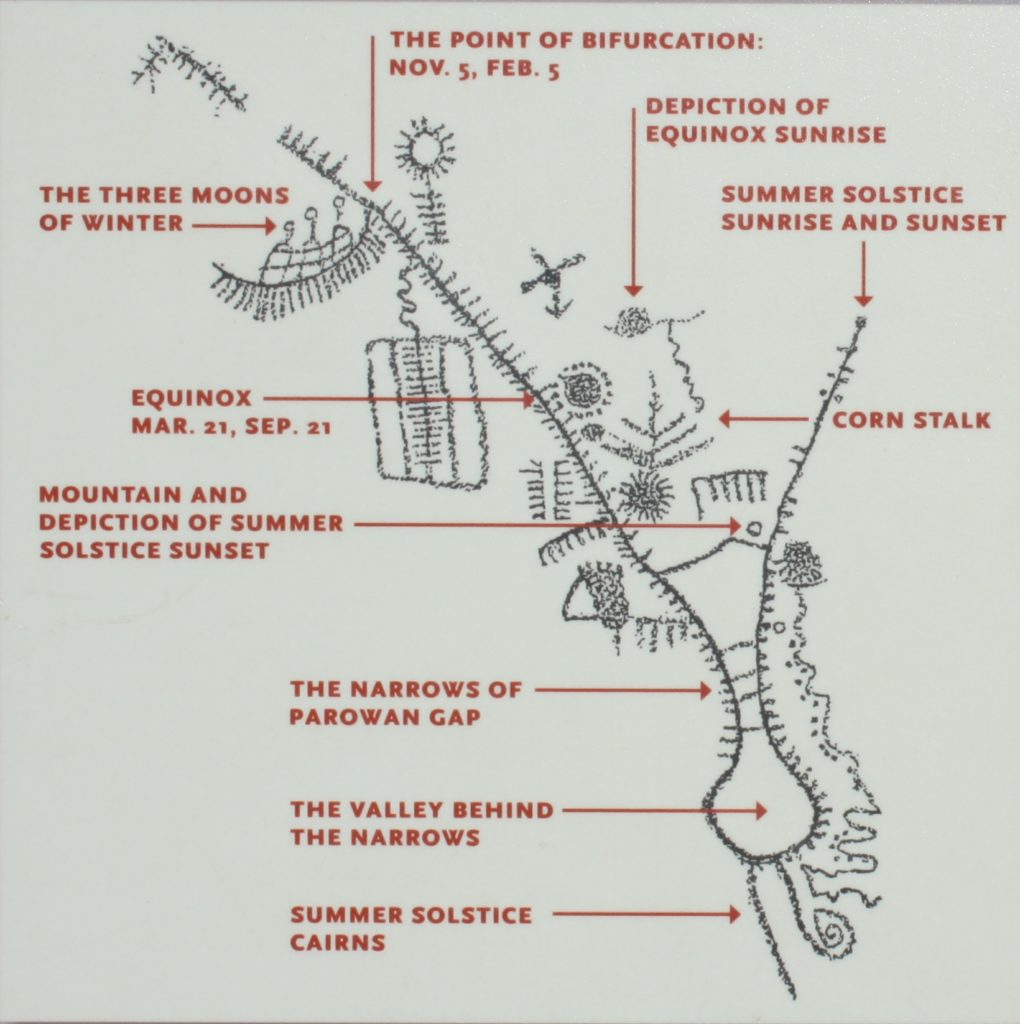 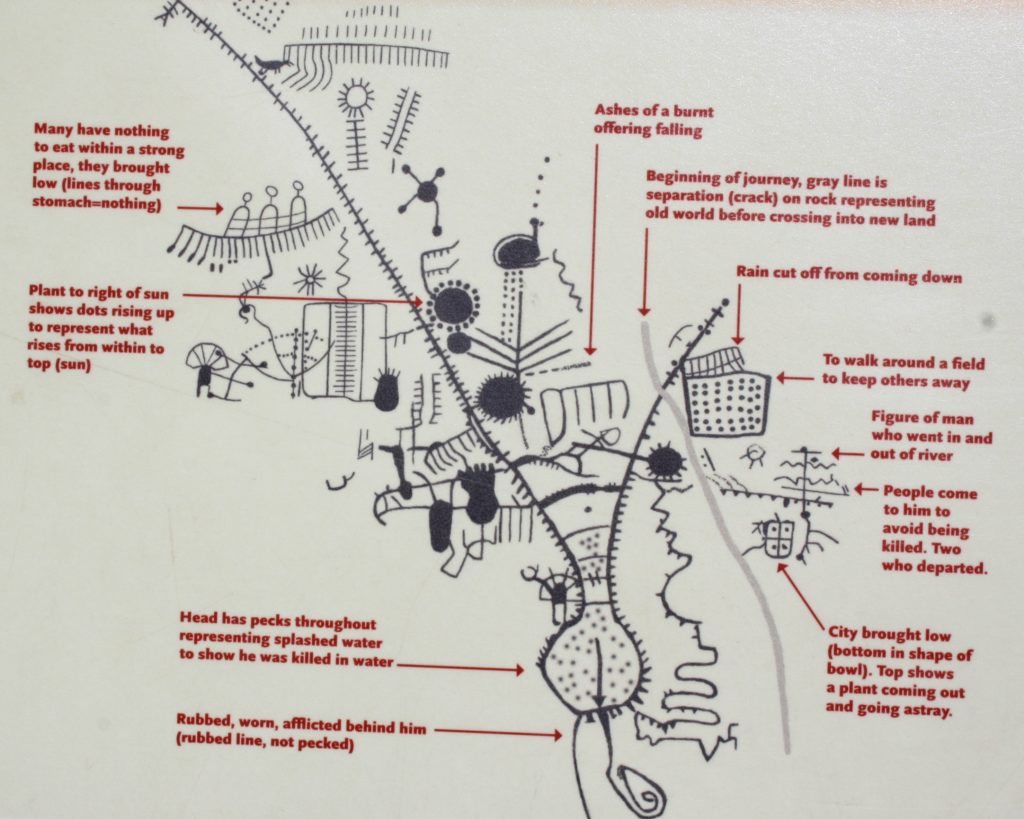 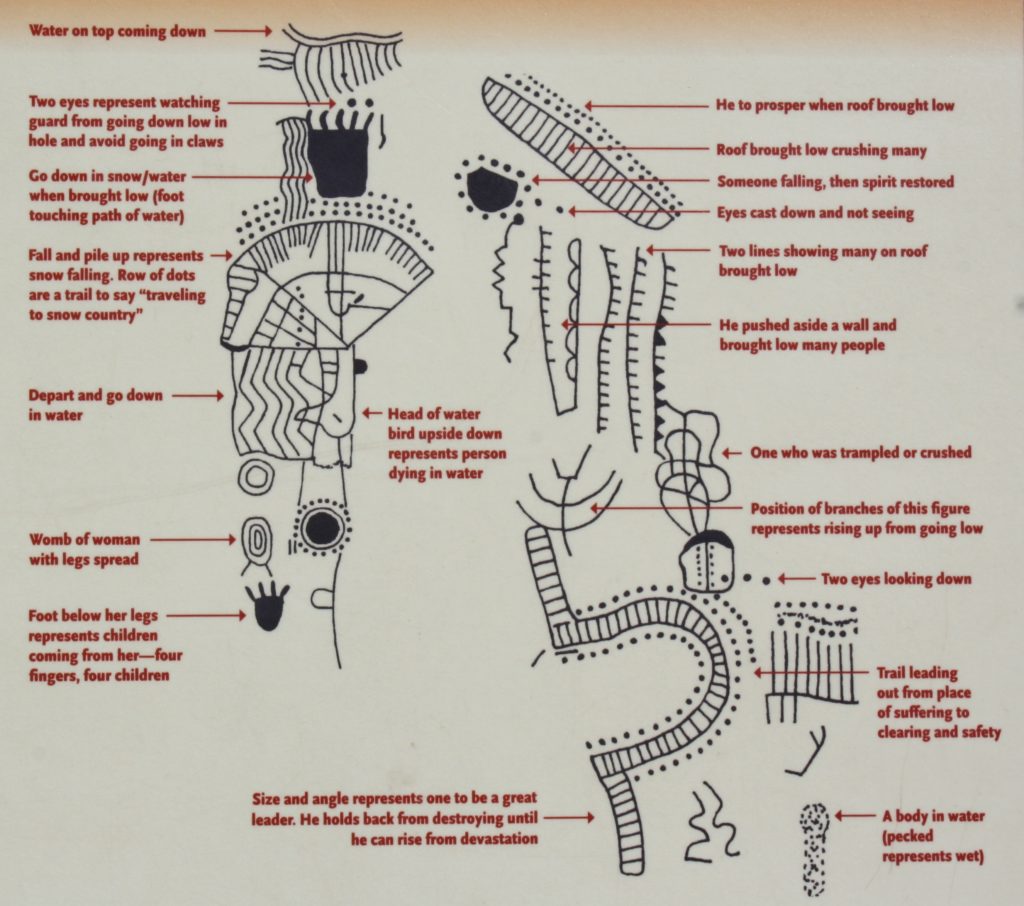 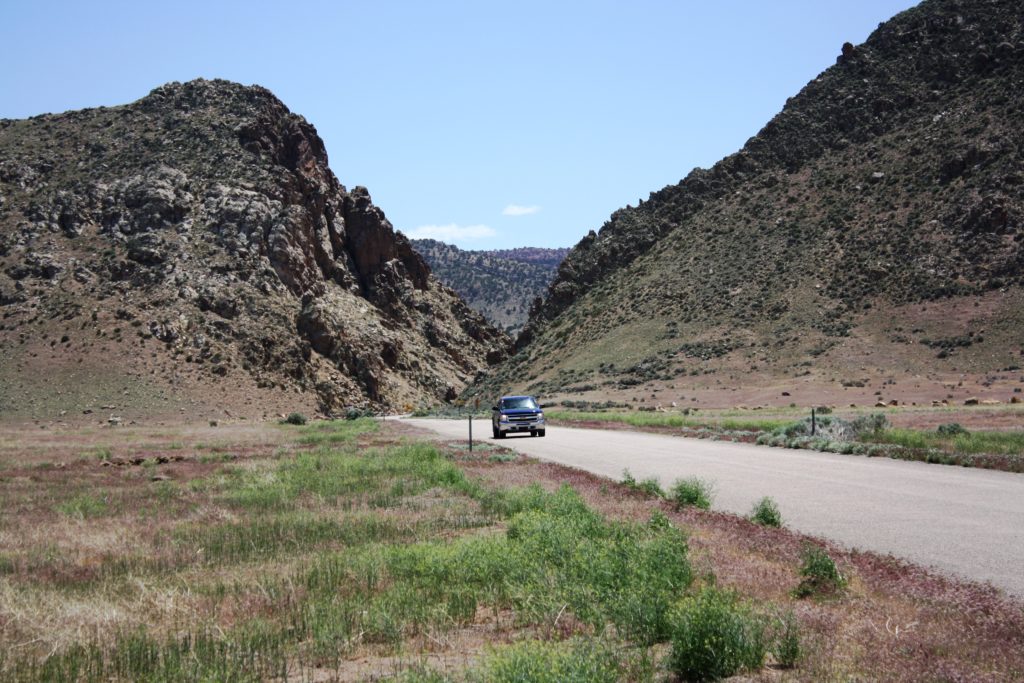 The approach to the Parowan Gap from the East, Parowan Gap, Utah, May 26, 2017 | Photo by Reuben Wadsworth, St. George News 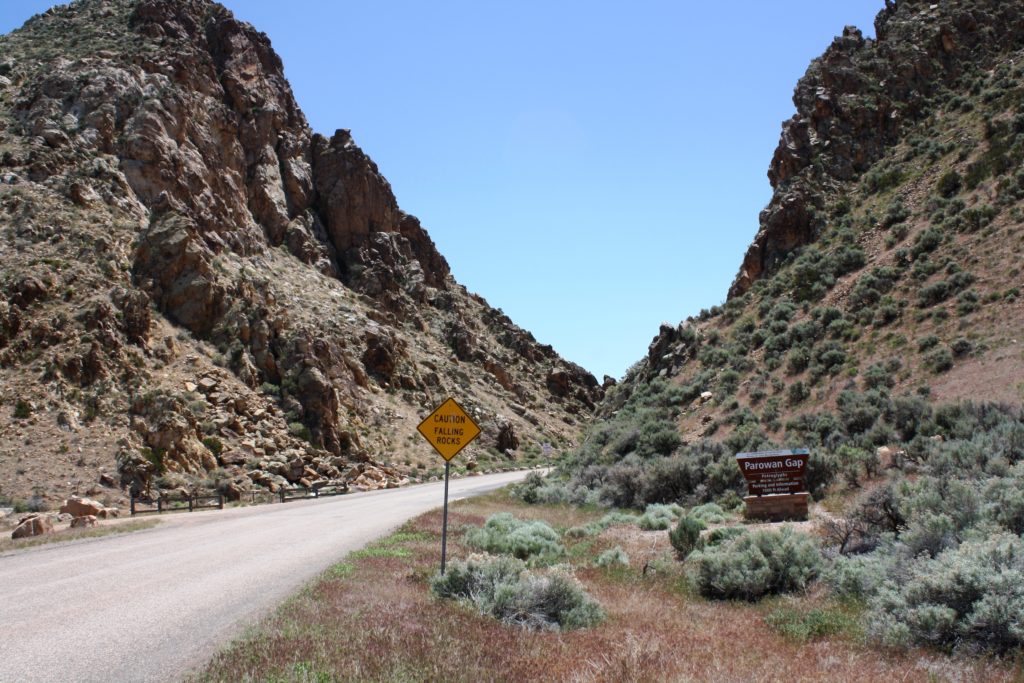 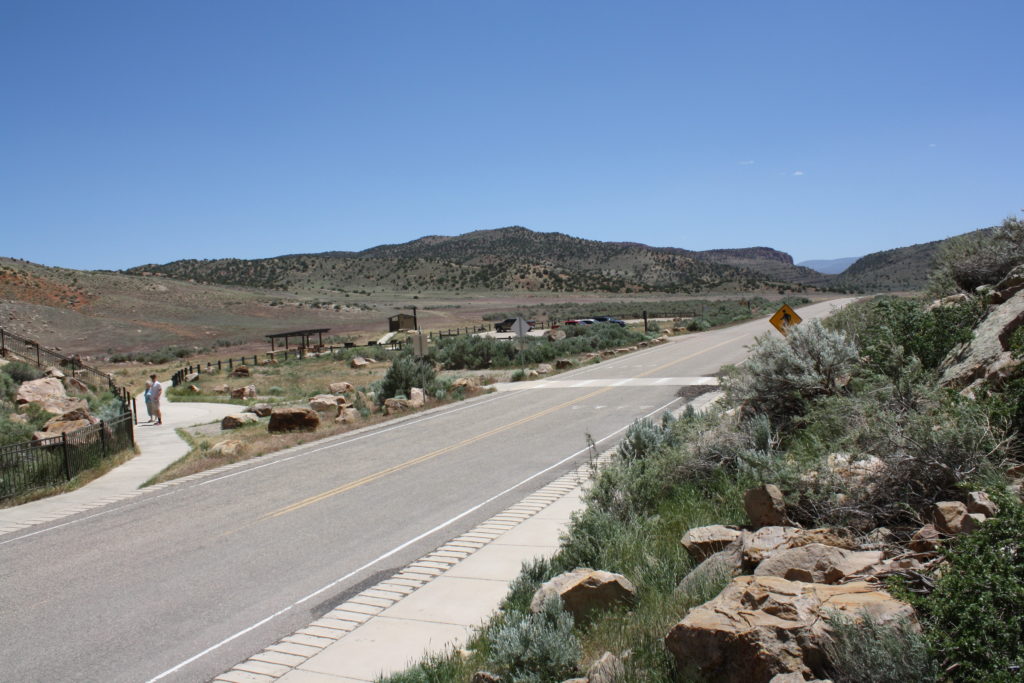 View of the Parowan Gap parking lot from the south side of the road, Parowan Gap, Utah, May 26, 2017 | Photo by Reuben Wadsworth, St. George News 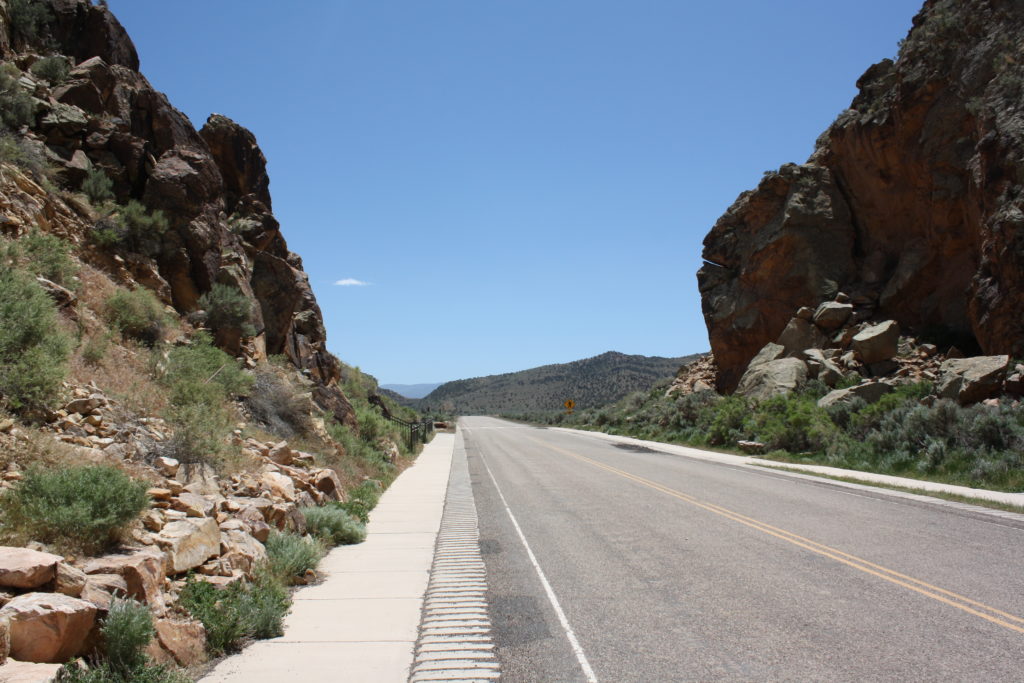 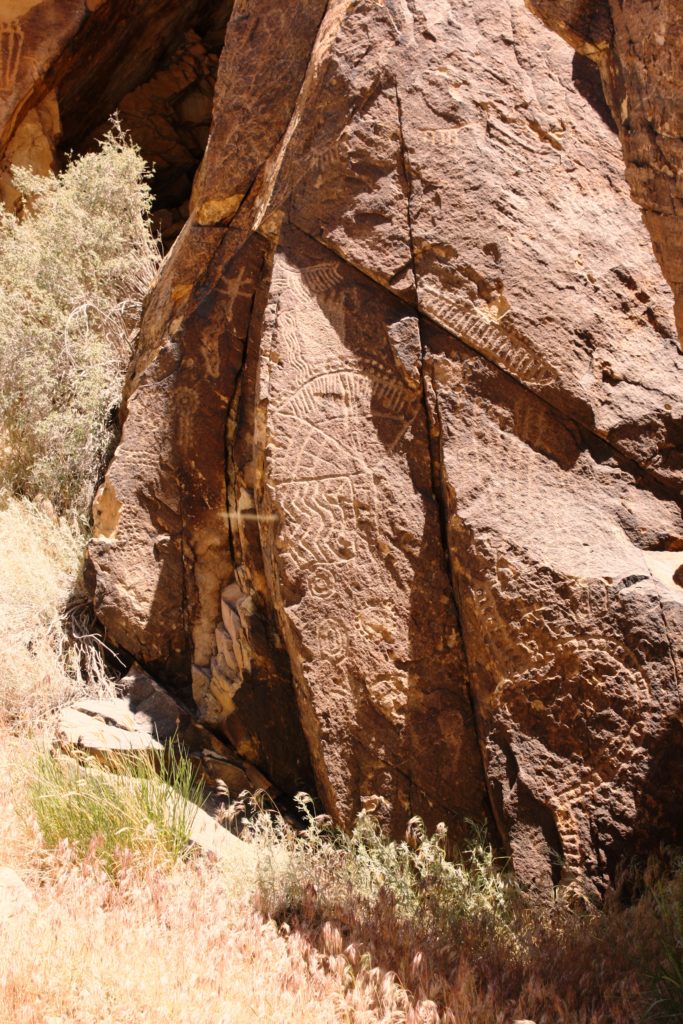 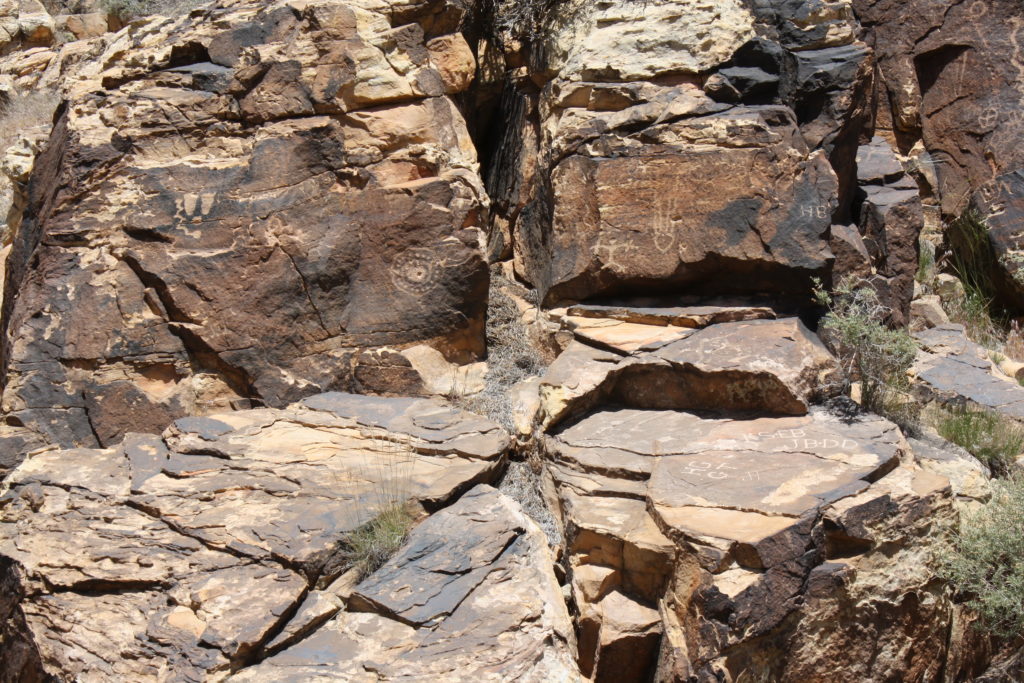 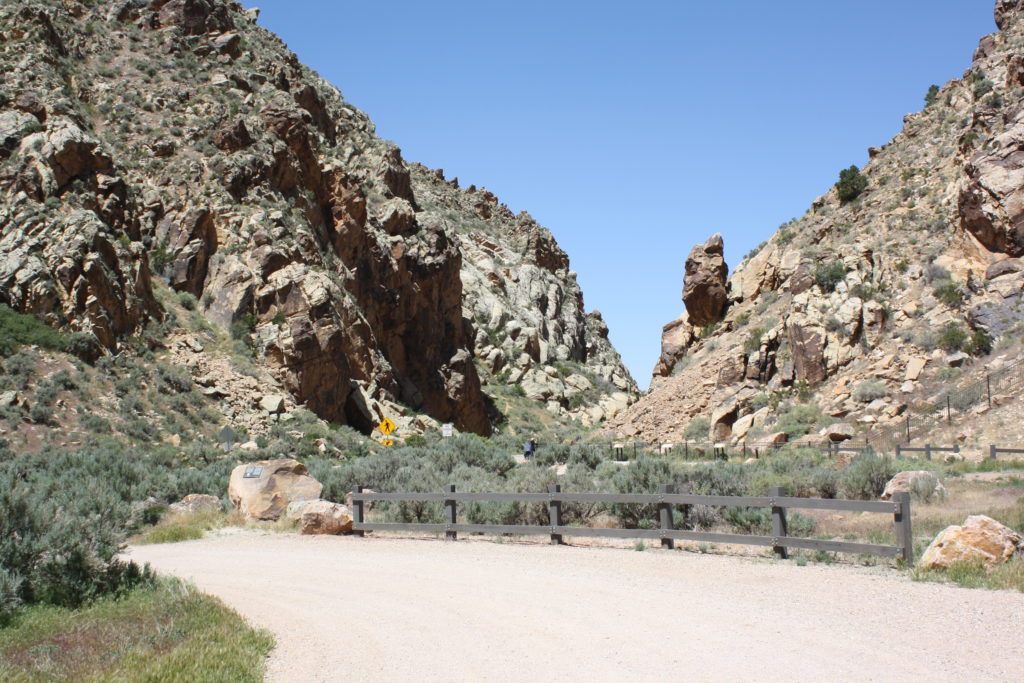 Looking at the Parowan Gap from the west, Parowan Gap, Utah, May 26, 2017 | Photo by Reuben Wadsworth, St. George News 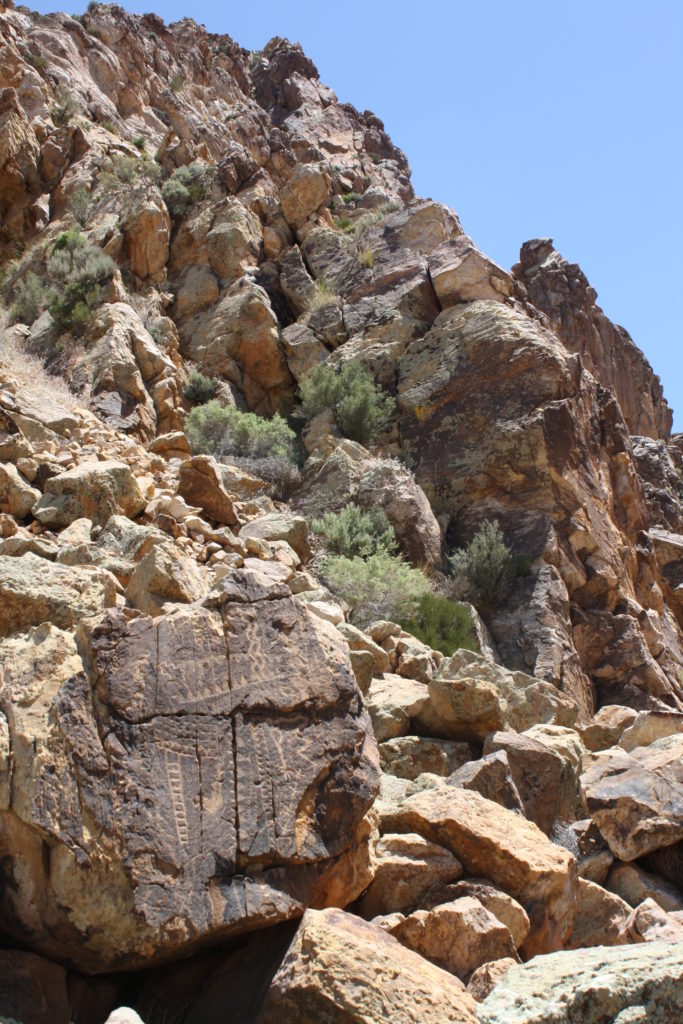 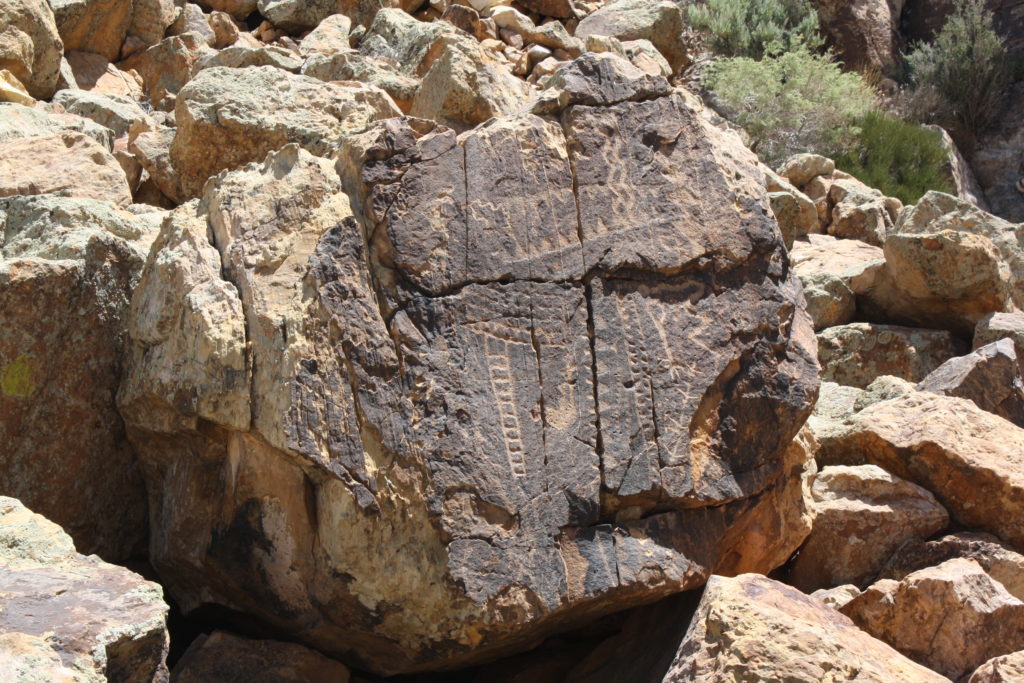 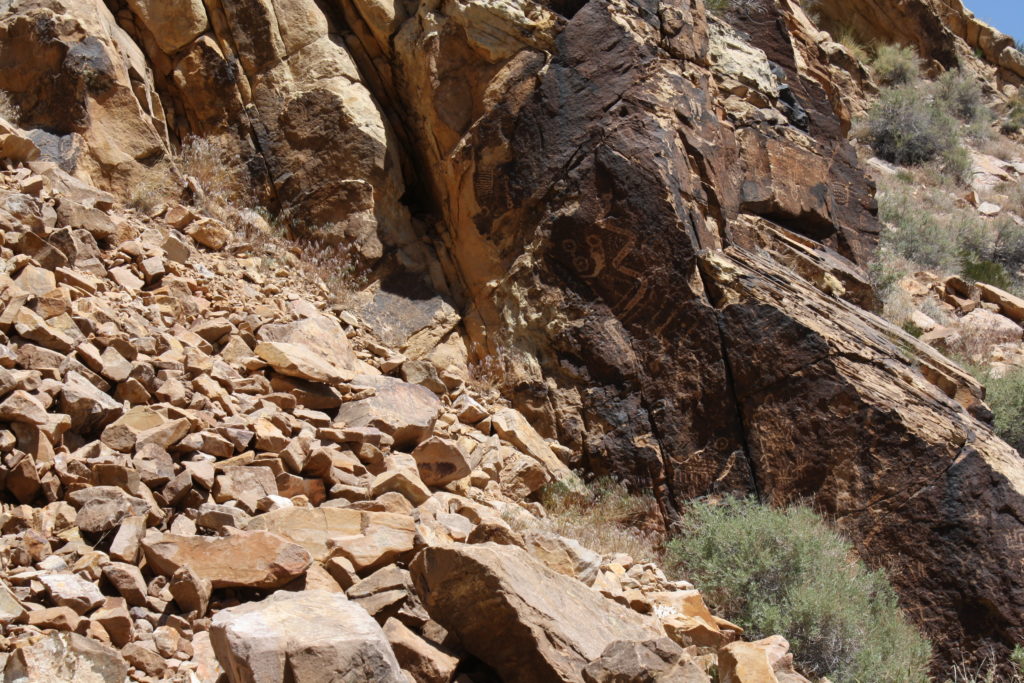 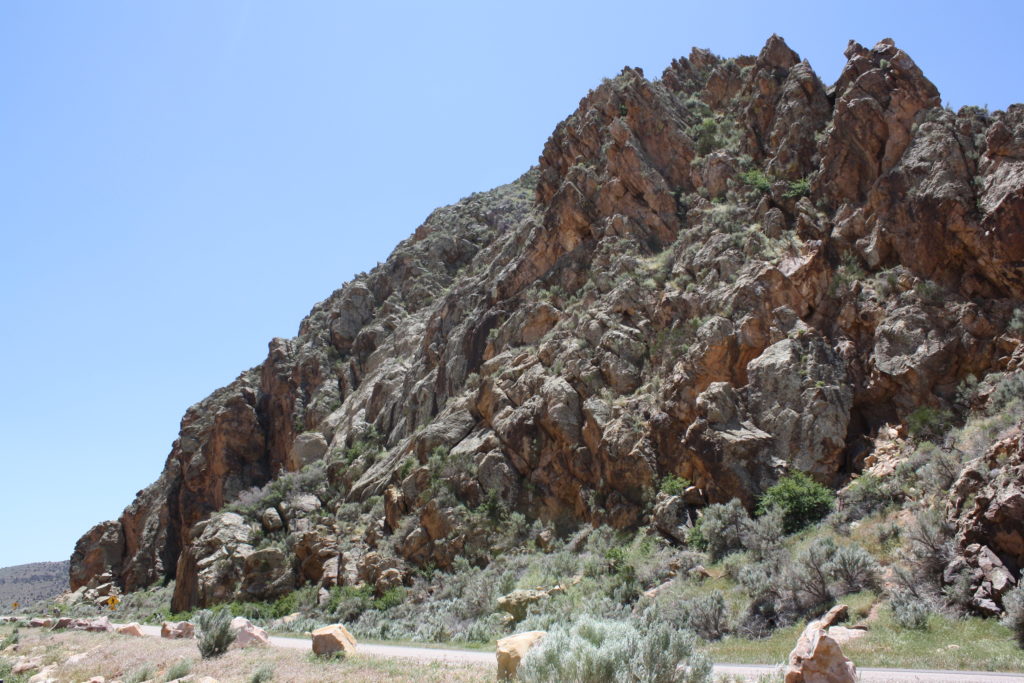 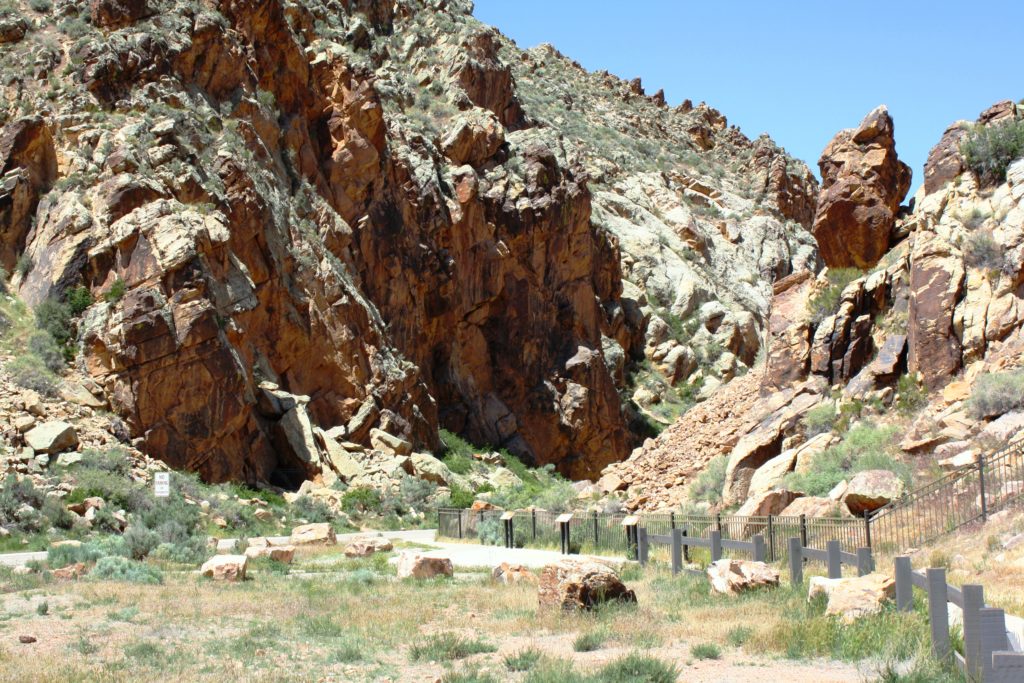 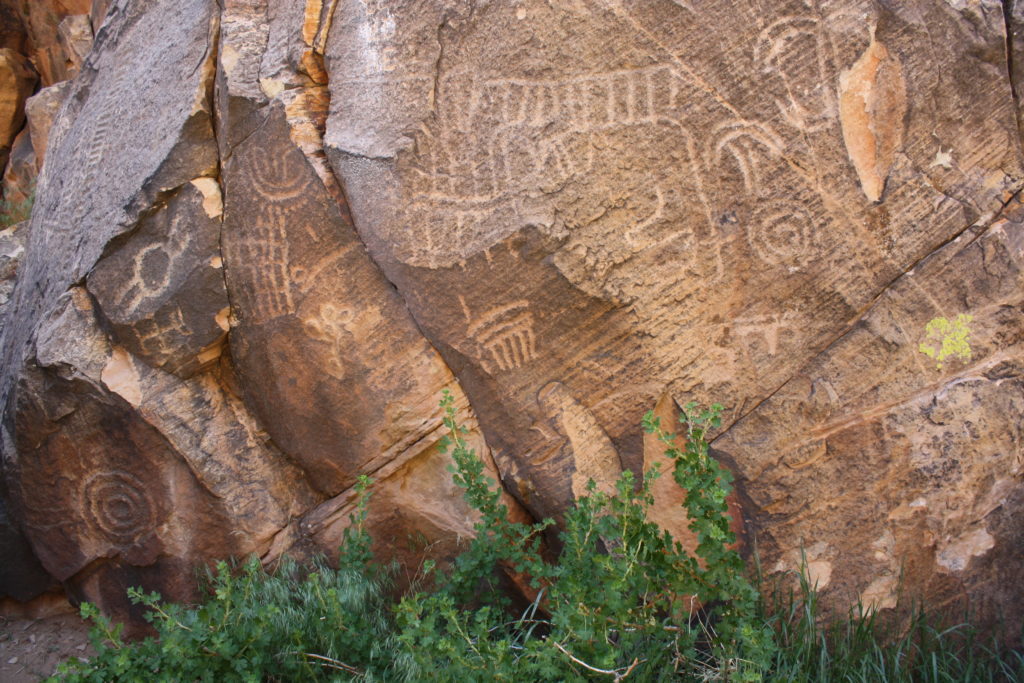 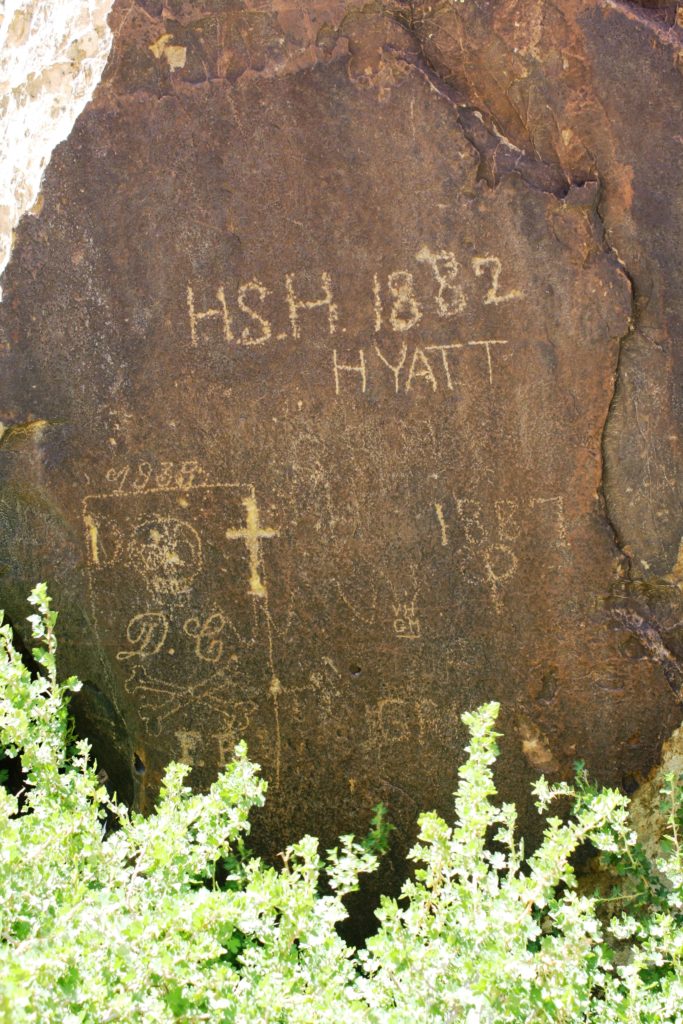 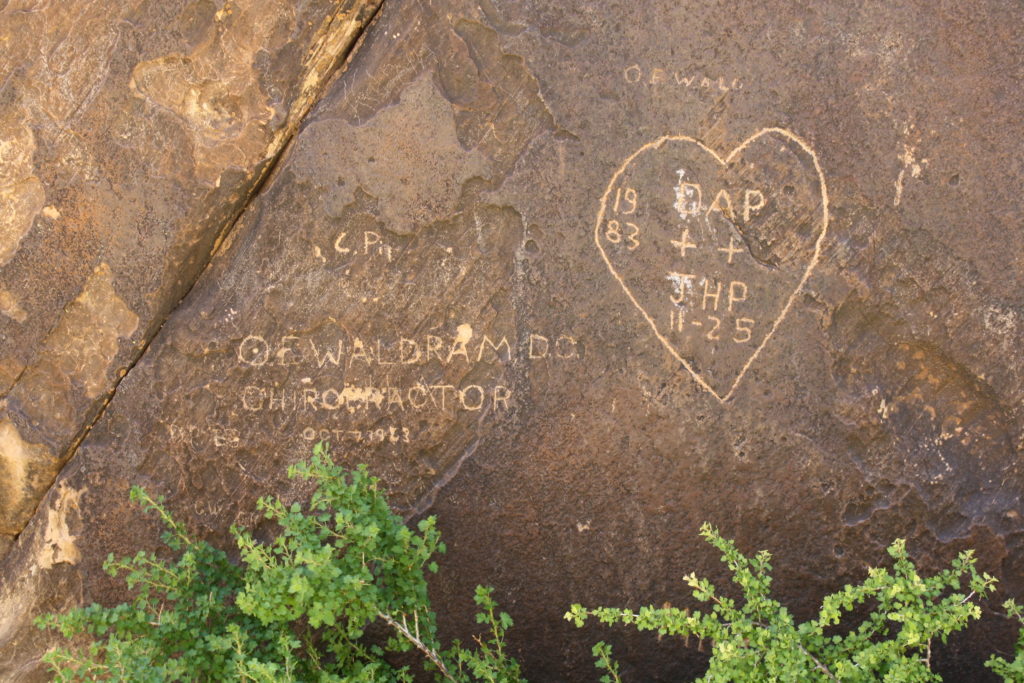 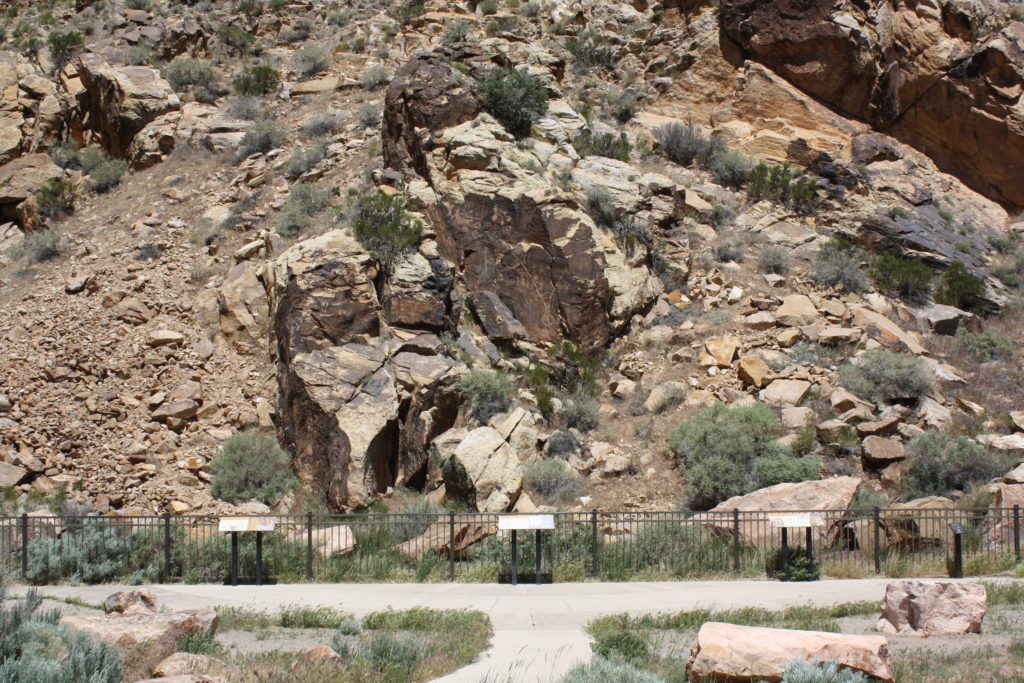 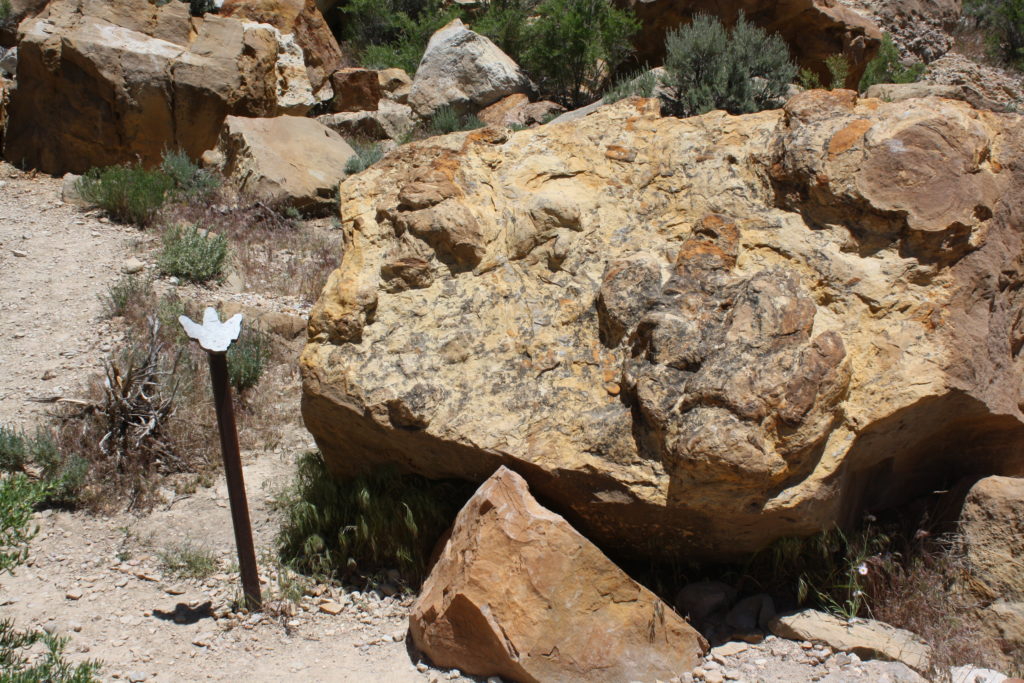 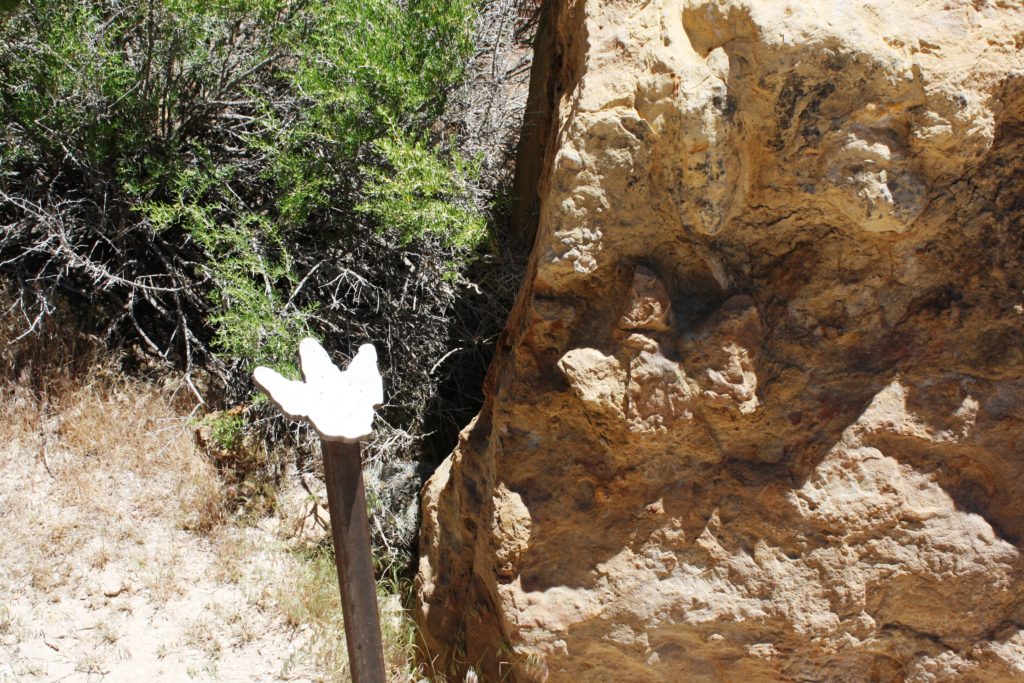 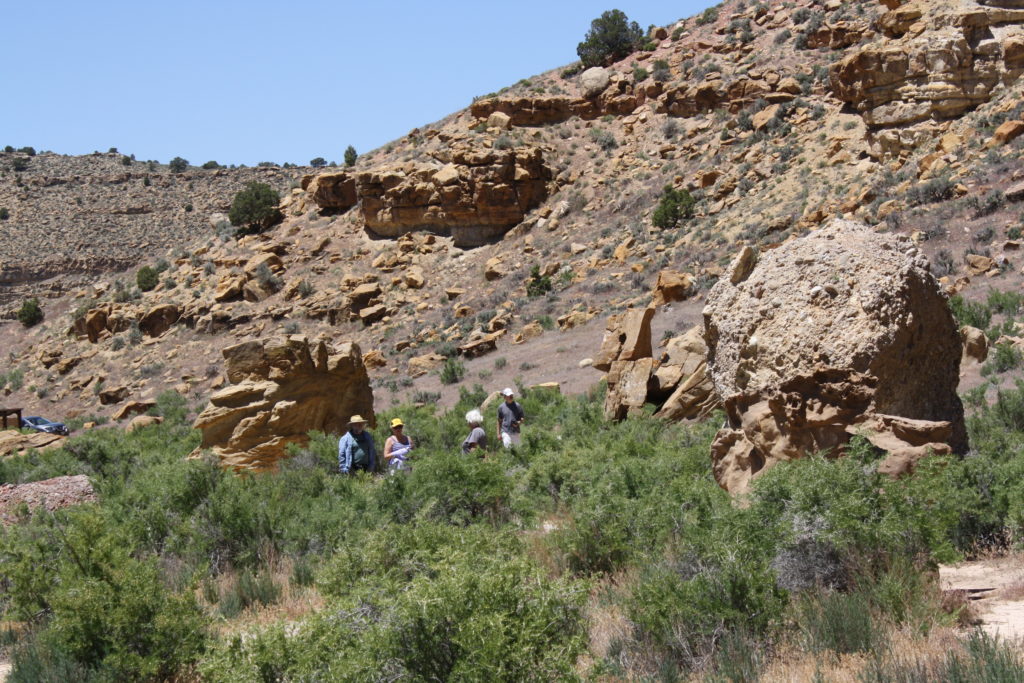 Rock garden at the site of the dinosaur tracks east of the Parowan Gap, Utah, May 26, 2017 | Photo by Reuben Wadsworth, St. George News

“Days” is a series of stories about people and places, industry and history in and surrounding the region of southwestern Utah, inviting readers to explore these aspects of the region on a day trip.

Read more: See all of the features in the “Days” series