CEDAR CITY — Region 9 athletes made strong showings at the state 4A wrestling tournament held Friday and Saturday at Utah Valley University in Orem.

Canyon View High was Region 9’s top team at state, scoring 143 total points to finish in fourth place overall for the second straight year. Payson won the 4A championship, with Uintah placing second and Bear River taking third. For Canyon View head coach Dallas Lowry, the tournament represented a special milestone as he watched his son Brady, a senior, finish his high school career on top by winning the state title at 152 pounds.

Lowry said it was a very emotional moment for him to watch his son pin Cedar senior Michael Anker in the championship match.

“That was the last match I’ll be able to coach him, you know, and I’ve been there at his side for so many years, 15 years of watching, which has been a joy for sure. … I’m so proud of him. I’m going to miss him,” Dallas Lowry said. “It was just overwhelming. I just started to cry when he finished his last match, I just broke down and got brought to my fellow coaches. I mean, that’s what’s so great about wrestling. All the coaches love each other and one of my fellow coaches, Bear River’s coach, came up and just held me up and I was just sobbing.”

Lowry said he believes his late wife, who died in a car accident nearly seven years ago when their son was 11, was also watching the match from above and cheering her son on.

“Our motto has always been to never quit,” Dallas Lowry recalled, saying he and Brady were at a junior wrestling meet in North Sevier in late March 2012, when he had to break the tragic news to his son right before his championship match. “When he found out that his mom was killed in a car accident, I was just ready to give up, But he just put his arm around me and said, ‘Mom wants to watch me wrestle.’”

Brady went out and won that match; he has rarely lost in the seven years since then.

Saturday’s win was Brady Lowry’s second individual state championship, having also won the state title at 132 pounds as a sophomore, after which he took runner-up in state at 145 pounds as a junior last year.

“Brady’s had an amazing season,” his father said. “He had 57 matches and never went to the third round. He pinned his opponent every match his senior year. That was a goal that he’d set: he wanted to be undefeated. He had one disqualification at divisionals, so he didn’t make that goal. I mean, he didn’t lose, but he beat himself. He had a great season and a great career, with 201 wins and 10 losses in high school, which is phenomenal.”

At the state tournament Saturday, Brady Lowry was named the 4A classification’s wrestler of the year, while his father was honored as the 4A coach of the year, an honor the elder Lowry called “humbling.”

Canyon View also had five other medalists at state, including senior Braydon Cavalieri, who battled Payson’s Tyson Carter to a virtual deadlock in the 170-pound championship match, which lasted three full rounds.

Lowry said Cavalieri fell shy of the state title by just two seconds, as Carter gained one point near the end of the third round to break a tie and take a 7-6 lead. Cavalieri then nearly achieved a takedown, only to fall short as time ran out, Lowry said.

“He cut (let go of) the guy with 11 seconds left,” he said. “He cut him and it’s 7-6 and he almost took him down. If he would’ve had one or two more seconds, he would have been the state champion.”

Lowry had high praise for Cavalieri, who is one of three straight-A students on the Falcons’ squad, the other two being Chris Ball and McCray Webster.

“This is a 4.0 athlete that never misses a practice,” Lowry said of Cavalieri. “He never has a bad word to say about anybody. He’s just a straight up great kid. He’s in student government and is just constantly helping people. Braydon Cavalieri is one of my heroes.”

Also finishing second in state for the Falcons was junior Gavin Carter, who made it to the finals of the 182-pound bracket, despite being a No. 5 seed. Gavin Carter beat three higher-seeded opponents in succession, all by pin, only to lose by decision in the finals to Salem Hills senior Merrell Morley, the No. 1 seed from the other half of the bracket.

“He just wrestled out of his head,” Lowry said with a laugh as he talked about Gavin Carter’s performance at state. “He beat the No. 1 seed and then he beat the No. 2 seed, and he just beat kids he shouldn’t beat and made it to the finals and took second place.”

Canyon View also had three other medalists among the group of 13 wrestlers that qualified for state, namely junior Cole Lake, who took sixth at 132 pounds; senior Ryan Ball, who placed fourth at 160 pounds; and senior Riley Robertson, who took fourth at 285 pounds. See full listing of all Region 9 state finalists below, courtesy of trackwrestling.com.

Hurricane, which finished seventh overall out of 27 4A teams at the tournament, had six state medalists, including senior Caleb Armstrong, who finished second in the highly competitive 132-pound category. Armstrong was the defending state champion at that weight but was beaten this year by Uintah senior Gavin Ayotte in the finals by a 4-2 decision.

Cedar, which placed ninth overall as a team in the tournament, placed four state medalists, led by senior Nathan Ellis, who capped off a 37-3 season by defeating Payson senior McCoy Cook by a 6-2 decision in the 220-pound championship match. Also making it to the finals for Cedar was Anker, a senior, who lost to Brady Lowry at 152 pounds.

“I won state my freshman year at 106 pounds, and I worked very hard this year to get my second state title after an upsetting sophomore year,” said Boyce, who finished his season with a 41-5 record.

Dallas Lowry said the youth wrestling program in Iron County has been instrumental in building more competitive high school teams over the past several years, not just at Canyon View but at Cedar and Parowan high schools as well. Registrations for wrestlers from preschool age through eighth grade for the upcoming season are Tuesday and Wednesday at the CVHS wrestling room. For more information, call Dallas Lowry at 435-531-1606. 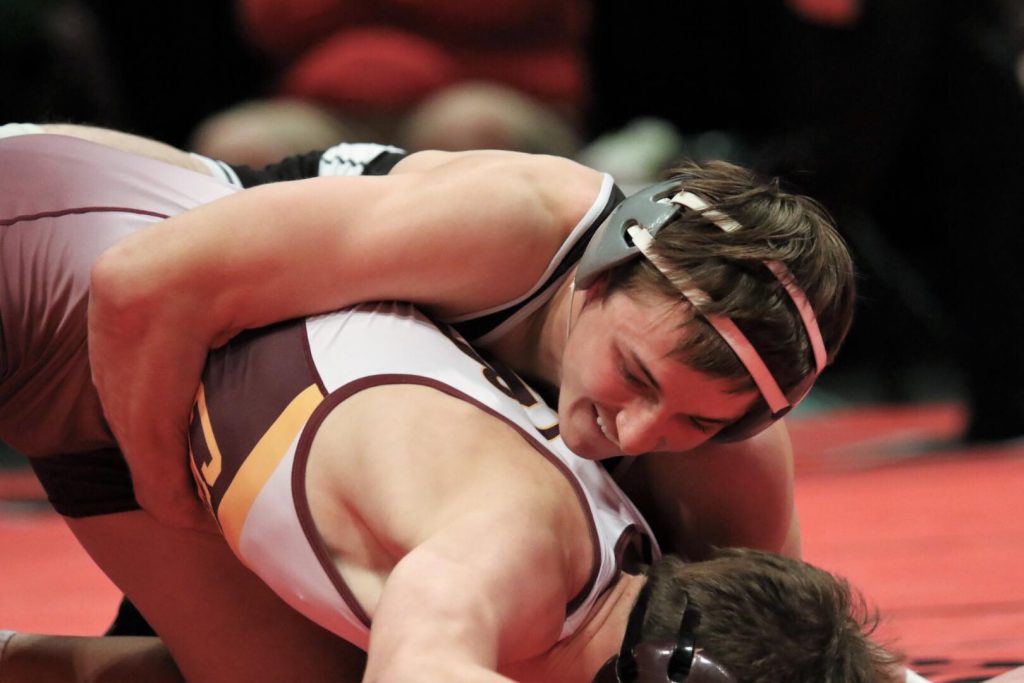 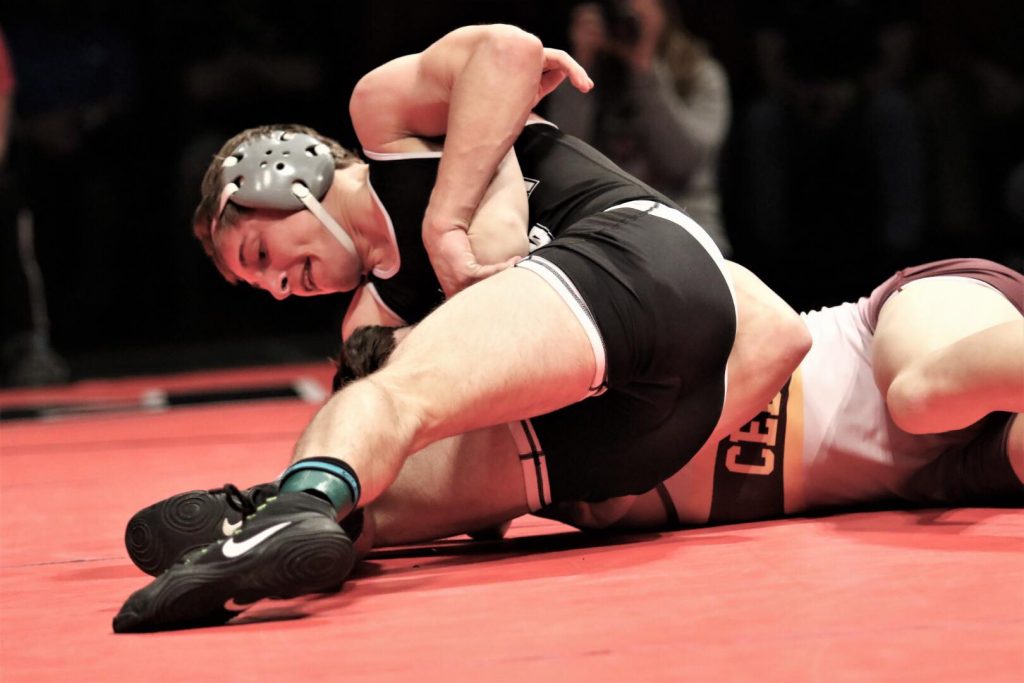 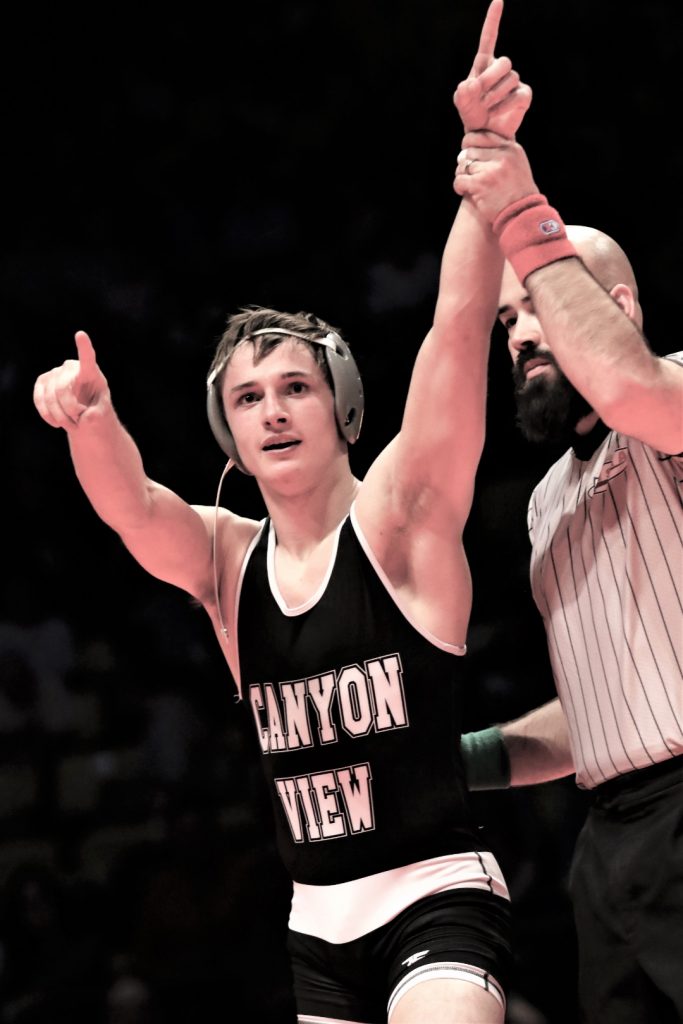 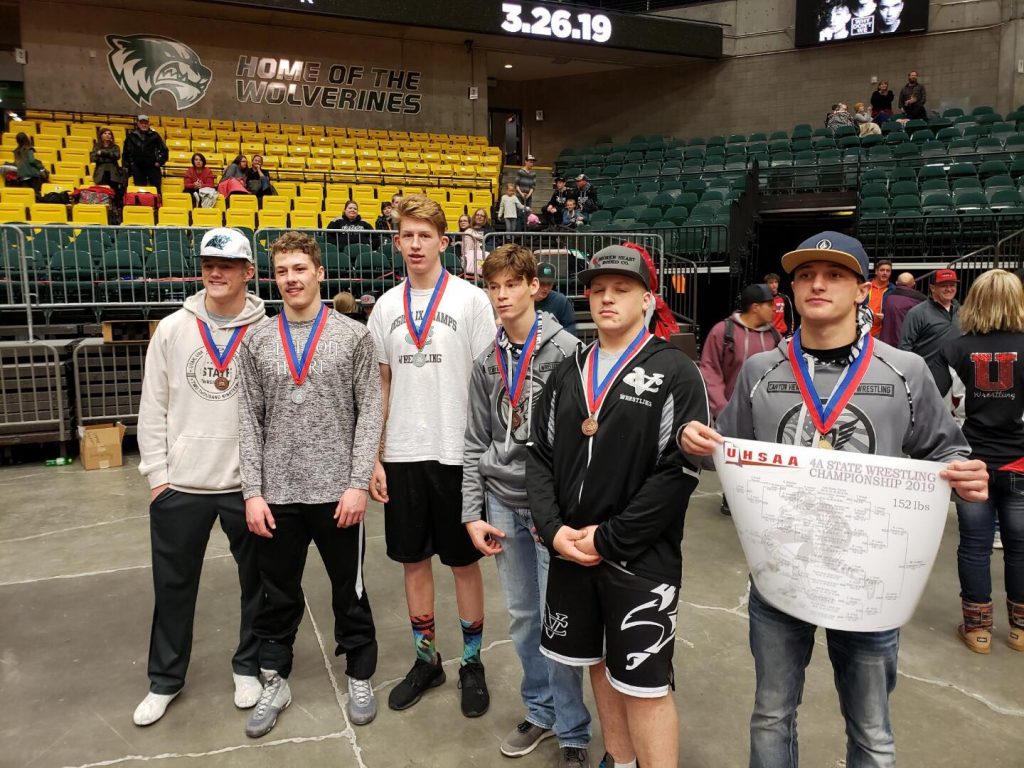 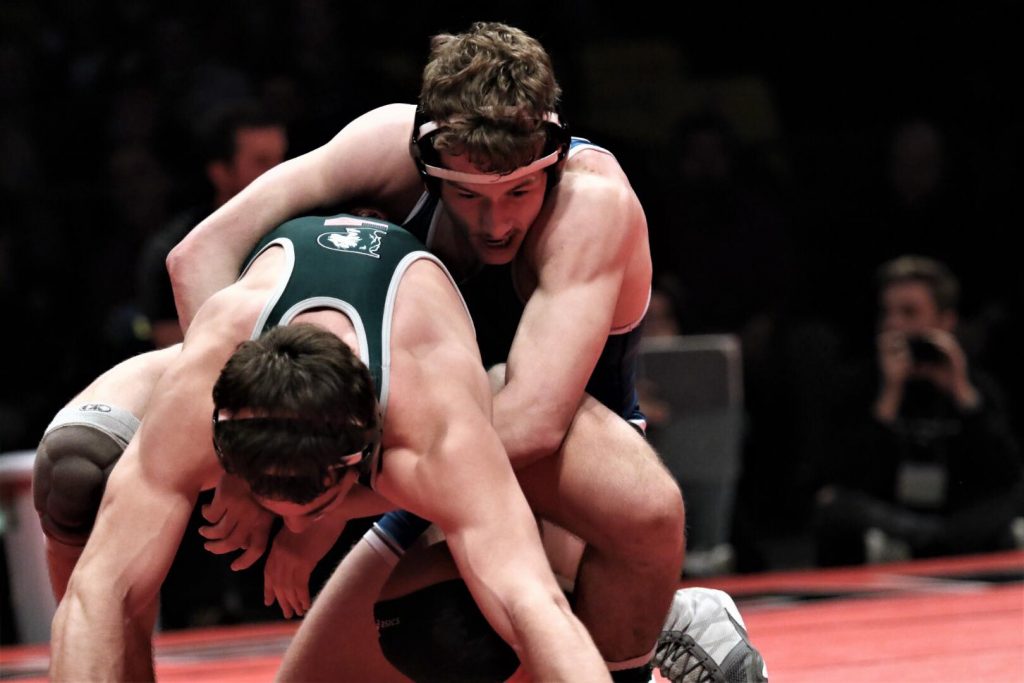 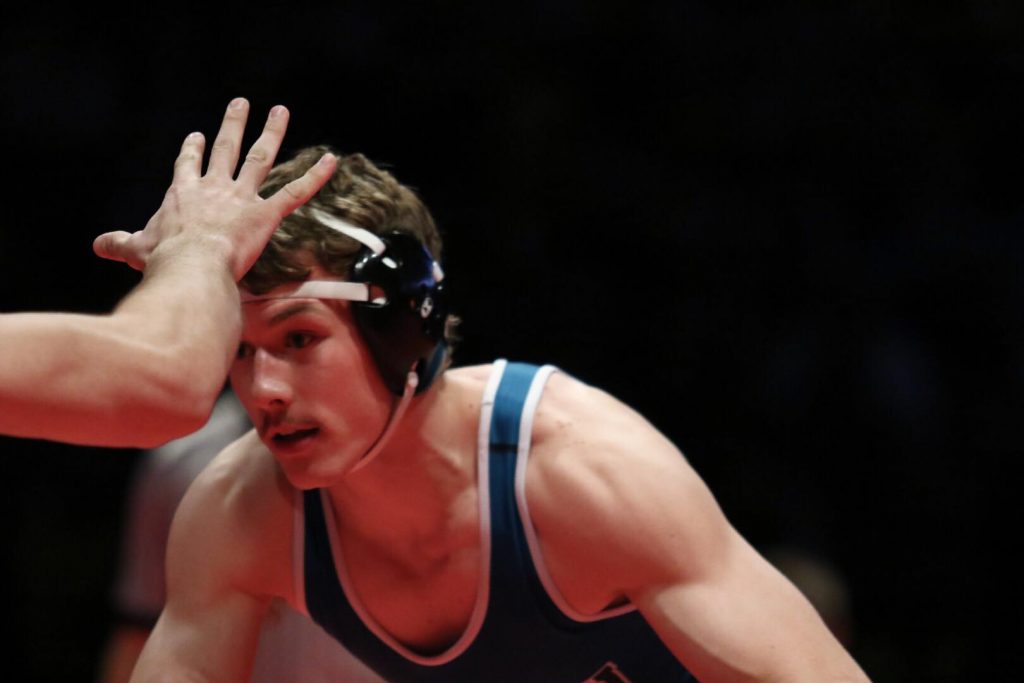 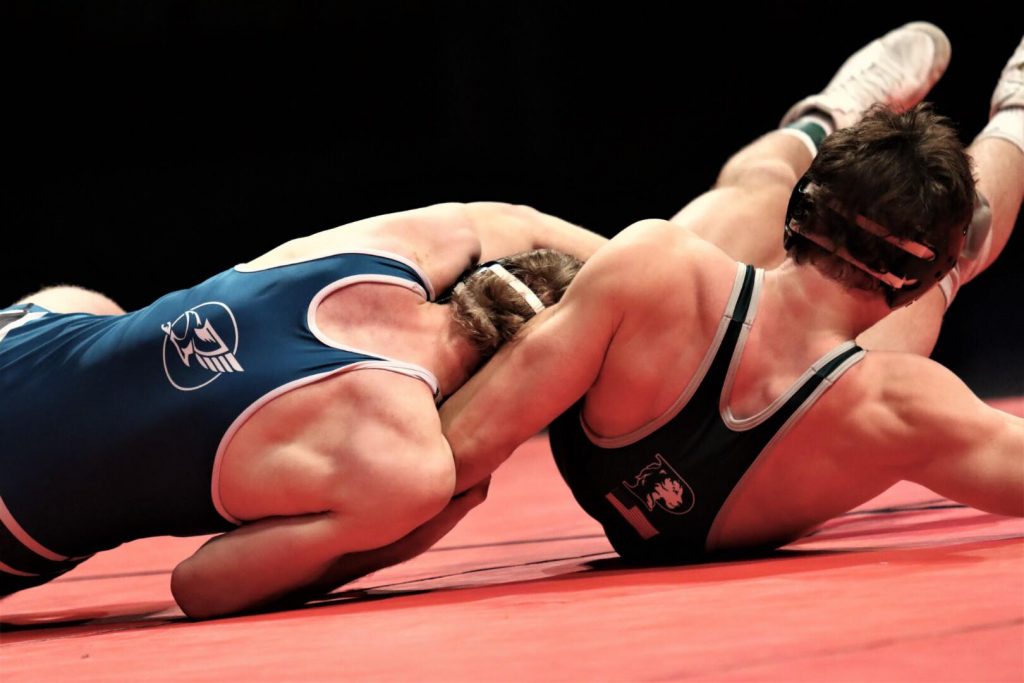 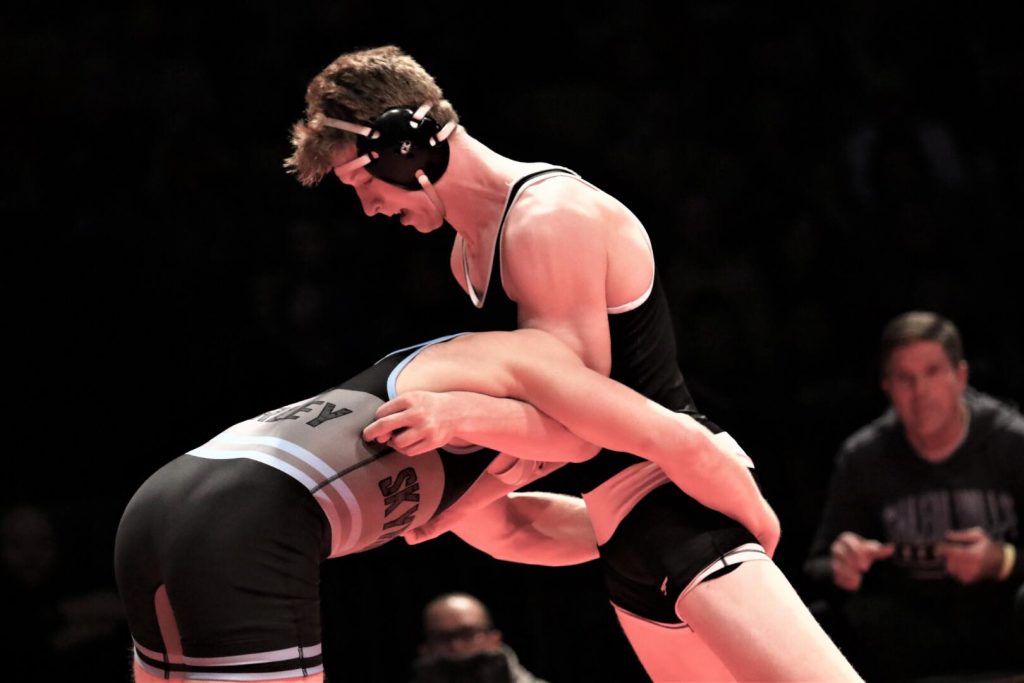 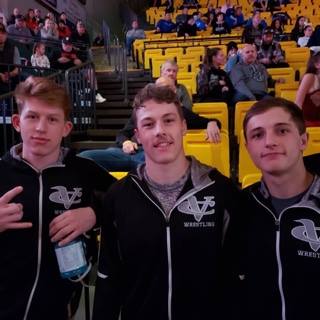 L-R: Canyon View's Gavin Carter, Braydon Cavalieri and Brady Lowry, each of whom made it to the state 4A finals in their respective weights, with Lowry taking first and Carter and Cavalieri each placing second, Orem, Utah, Feb. 16, 2019 | Photo courtesy of Mat Lowry, St. George News / Cedar City News 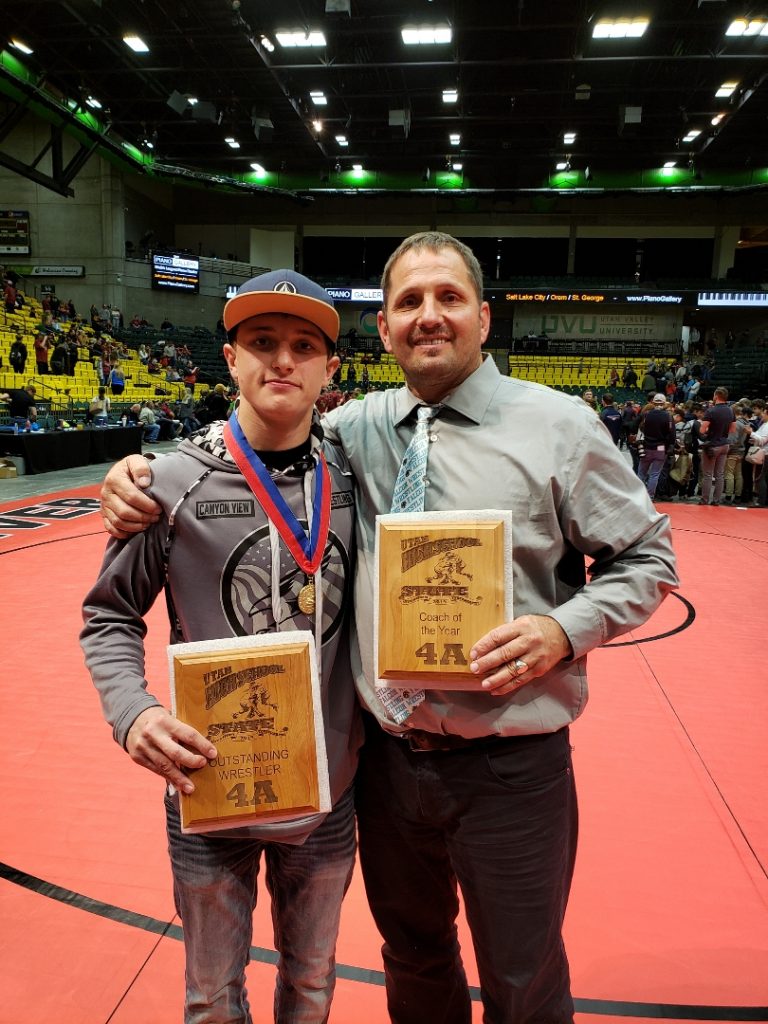 Canyon View senior Brady Lowry and his father and coach Dallas Lowry hold their award plaques after being named the 4A wrestler of the year and coach of the year, respectively, Orem, Utah, Feb. 16, 2019 | Photo courtesy of Mat Lowry, St. George News / Cedar City News 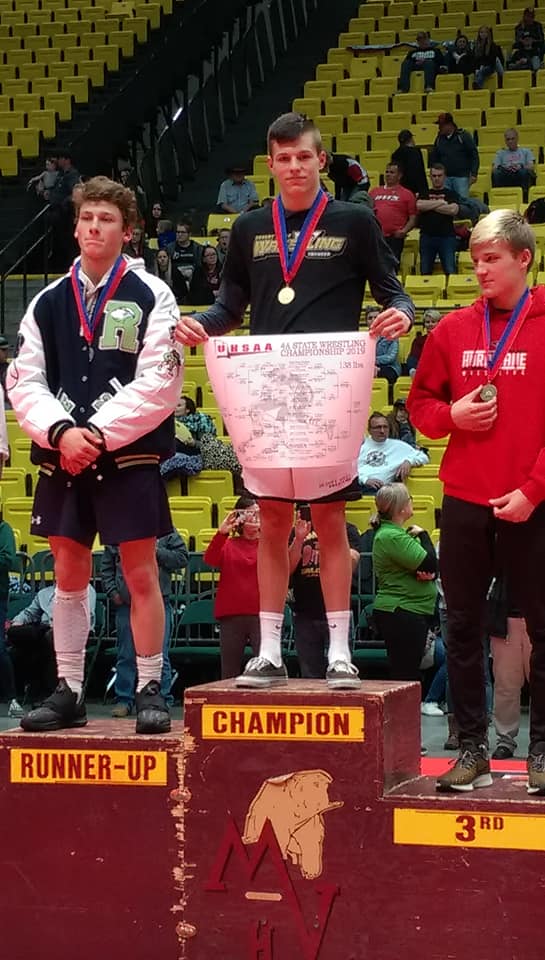 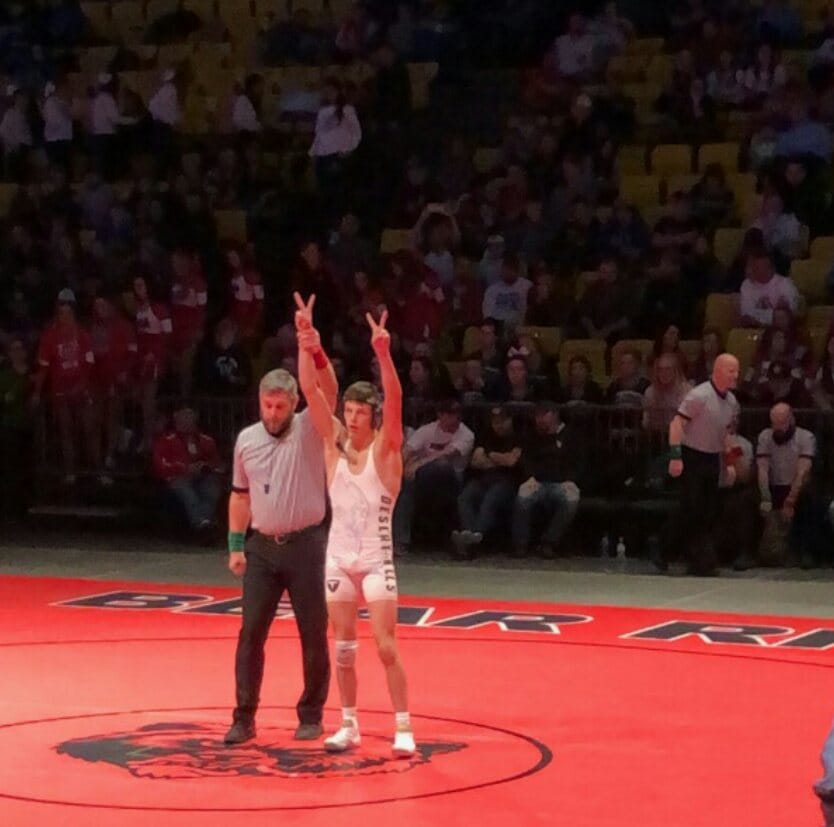 After existing for more than a century, Boy Scouts of America files for bankruptcy