Inside of a home on West 300 South is gutted after structure fire in Parowan, Utah, Nov. 2, 2018 | Photo courtesy of Ken Carpenter, St. George News

ST. GEORGE — Multiple charges were filed against a man in connection with a fire that destroyed a residence in Parowan after he allegedly started the blaze twice, investigators say.

Douglas Jack Carter, 32, was charged Friday with one first-degree felony count of aggravated arson and two class A misdemeanor counts of arson and was scheduled to make an initial appearance in the 5th District Court in Cedar City.

The charges stem from an incident Monday when firefighters were called to a house fire in the area of West 300 South in Parowan shortly before 4:30 a.m. They found smoke coming from a fire burning in a small corner of the front room, Parowan Fire Chief David Schiers said.

“We were able to put that one out fairly quickly because it was confined to a wall in the front of the house and was extinguished before it had a chance to spread,” he said.

A city inspector checked the electrical box located near the fire’s point of origin but neither he nor Scheirs saw anything suspicious. The inspector told him it appeared the fire may have been caused by an electrical short in the box.

Early Wednesday morning firefighters were called out to the same address and found flames engulfing the roof.

“By the time we got there the whole roof up through the attic was on fire, and the home was fully involved very quickly,” Schier said. “The fire was extinguished but the house is destroyed.”

During the investigation, Schiers noticed that it started in the same area as the prior fire, which was “odd because all of the electrical wires were removed from the box and the power was shut off to the home two days before.”

Additionally, firefighters had returned multiple times to the home and checked for residual fire or rekindle after Monday’s fire.

Parowan Police Chief Ken Carpenter said, “so to have a second fire reported in the same house was suspicious.”

Evidence at the scene prompted an arson investigation by the State Fire Marshall’s Office.

“We bring out the dog to assist in many investigations and the dog can detect whether an accelerant was used,” Hohbein said.

During arson investigations many times using a canine can either alert the handler to the presence of gasoline or other accelerants, and can also help to rule out suspicious activity in some cases.

Court documents say that “the suspect came on to the scene during the fire and was watching fire fighters and asking questions” at the second fire.

The findings from the arson dog’s canvas of the area, along with other evidence found during the investigation, led police to Carter’s residence. When he failed to answer, they obtained a search warrant to enter.

Police found Carter hiding in a shed at the rear of the property and transported him to the police station for an interview.

They say he admitted to starting the fire at the residence by dumping gasoline down a wall and lighting it with a wooden match.

During a subsequent search of the property, officers located a gas can and wooden matches, and also seized the clothing Carter was wearing.

Carter was arrested Thursday evening and booked into the Iron County Jail. Bail was set at $100,000 cash only, due to a case in July where he was charged with three counts of arson that were later dismissed.

Further, as the court record states:

“If the suspect is allowed to bail out, it is believed he will start another house on fire, and based on the fires he has started in the past month it is reasonable [to believe] he will attempt to start another one.

Editors note: The house was vacant when both fires took place, and fire officials were dispatched after neighbors called 911 to report smoke during Monday’s fire and on Wednesday morning flames could be seen coming from the roof area. 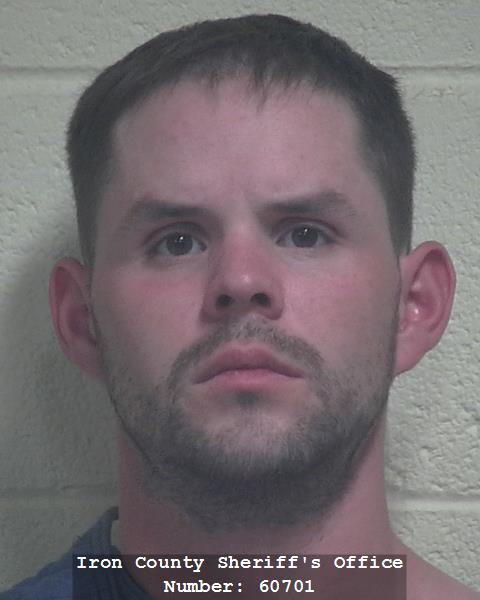 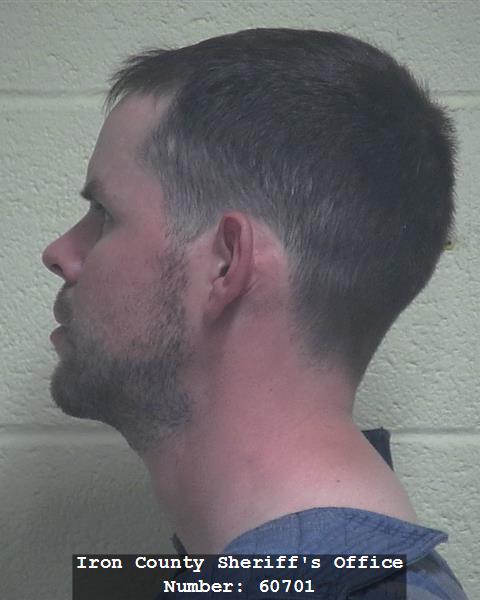 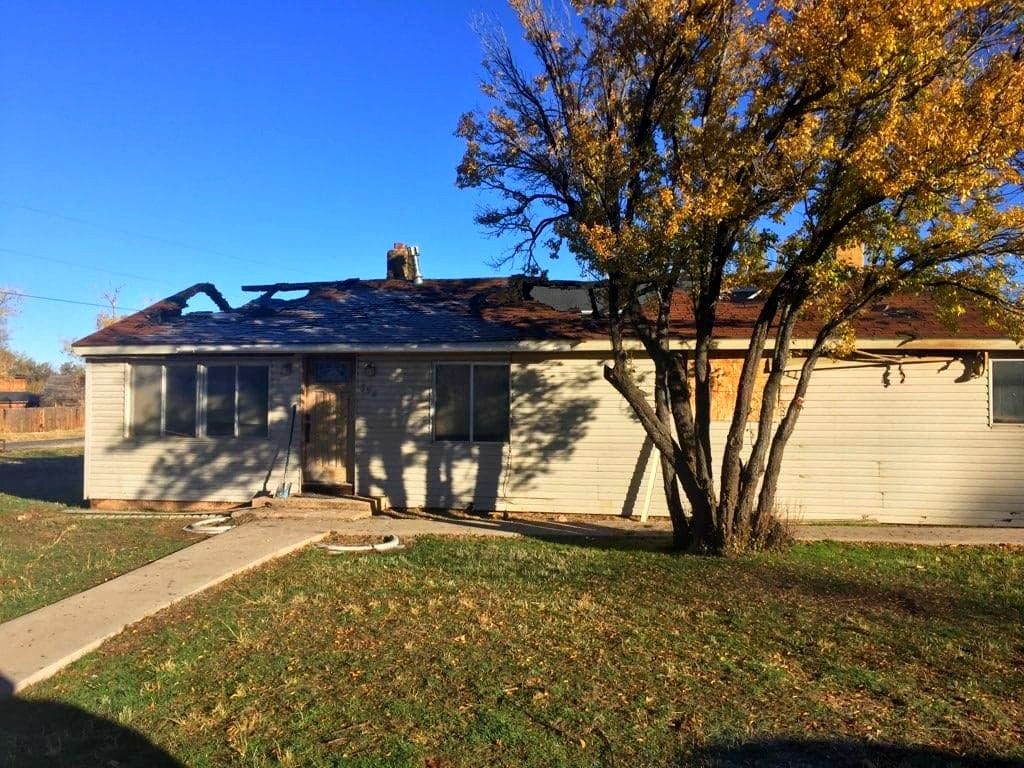 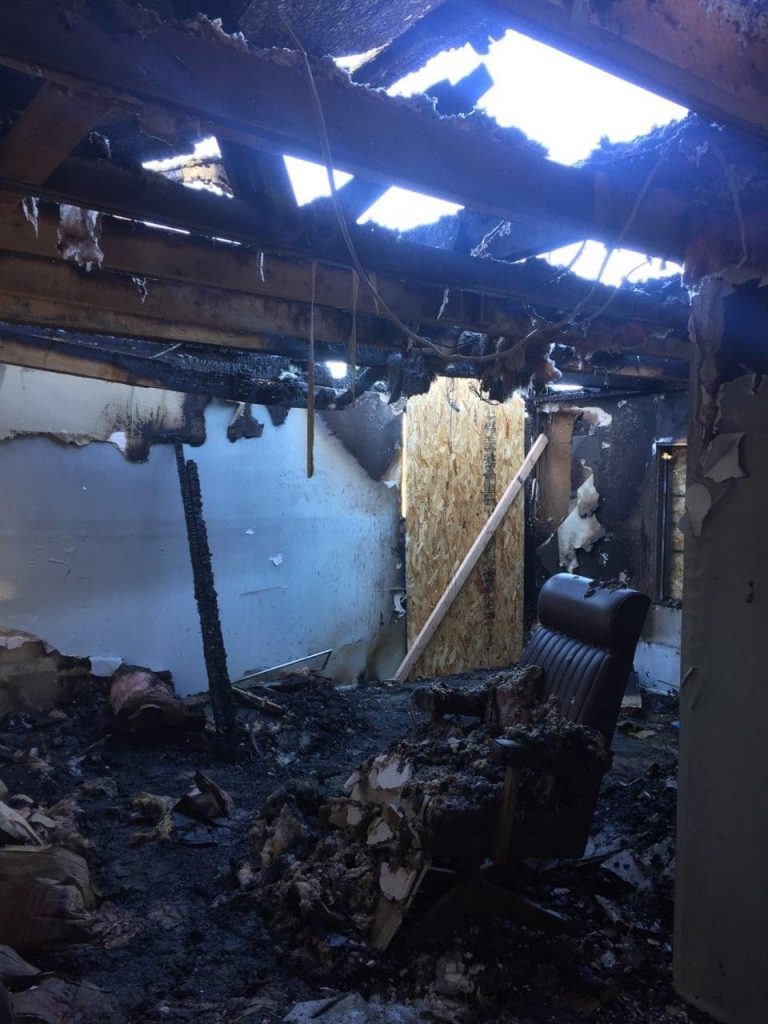 Inside of a home on West 300 South is gutted after structure fire in Parowan, Utah, Nov. 2, 2018 | Photo courtesy of the Ken Carpenter, St. George News

The inside of a home is gutted after a fire on 300 South in Parowan, Utah, Nov. 2, 2018 | Photo courtesy of the Ken Carpenter, St. George News / Cedar City News