The tournament was held Monday and Tuesday at Birch Creek Golf Course in Smithfield, with teams playing 18 holes each day. Six golfers competed for each team, with the four best scores counting toward the team total. A total of 16 schools participated, with the field being cut to 10 teams after the first day.

At the end of Monday’s opening round, the Thunder were in third place, their score of 304 being just two strokes behind Sky View’s 302 and five strokes behind Park City’s 299.

On the second day, Park City shot a 292 to finish with a two-day score of 591 and earn the school’s 11th consecutive state championship in boys golf.

Meanwhile, Desert Hills shot a 299 on Tuesday to finish with 603, two strokes ahead of third-place Sky View, which scored 605.

Desert Hills’ Ashton Davison and Park City’s Dean Tsandes both finished with a two-day score of 143 to post the top individual scores at the tournament, with both golfers shooting an even-par 72 on Monday and a 1-under 71 on Tuesday.

A one-hole playoff was then staged on the par-5 18th hole to determine the individual state champion, and Davison birdied the playoff hole to take top medalist honors.

Desert Hills head coach Ron Denos said Davison landed his second shot on the playoff hole within 20 feet from the cup, using a 7-iron from 193 yards out.

“He ended up with a birdie, just missing an eagle by 2 inches,” Denos said.

Denos said even though Davison had started out Tuesday’s round with a double bogey on the first hole, “he battled all the way back to shoot 1-under.”

“The last few holes for Ashton were high pressure, but he came through,” Denos added. “All the kids played well, especially the second nine. We were behind a ways on the turn, and played well on the back nine. Merick Johnson played his best of the year, which was big.”

In addition to Davison’s team-best 143, the Desert Hills team had strong performances from its other golfers, with Merick Johnson shooting 151, Curtis Matheson 153 and Kyson Plant 157 to account for the Thunder’s top four scores. In addition, Cruz Kirchhausen shot a 159 and Dalton Musgrave had a 179 for Desert Hills.

Also from Region 9, the Pine View Panthers finished in sixth place at state with a score of 616. Sophomore Lucas Schone fired a four-under par 68 Tuesday – the best one-day score of any golfer at the tournament – to finish with 144, tying him for third place in the individual standings. Also contributing for Pine View were Cooper Milne, Brock Roundy, Brandon Roundy, Jaden Whetzel and Jonathan Fairbanks (Milne and Schone’s scores counted both days, while the other four each had one day’s score among the top four).

In addition, Dixie finished 10th as a team, just making the cut to advance to play the second day. The Flyers, who had a two-day total of 652, were led by Shinfei Quek’s 159, while Yash Vyas and Jack Phillips each carded a 162.

Also from Region 9, Hurricane High shot a 343 the first day, placing 14th and missing the cut. In addition, three individuals from nonqualifying teams in Region 9 competed solo, with Jackson Miller of Cedar tying for 17th overall with a two-day score of 153 and Luke Walton of Snow Canyon shooting a 157. Senior Keenan Togisala of Cedar shot an 88 Monday and missed the cutoff to advance to a second round on Tuesday. 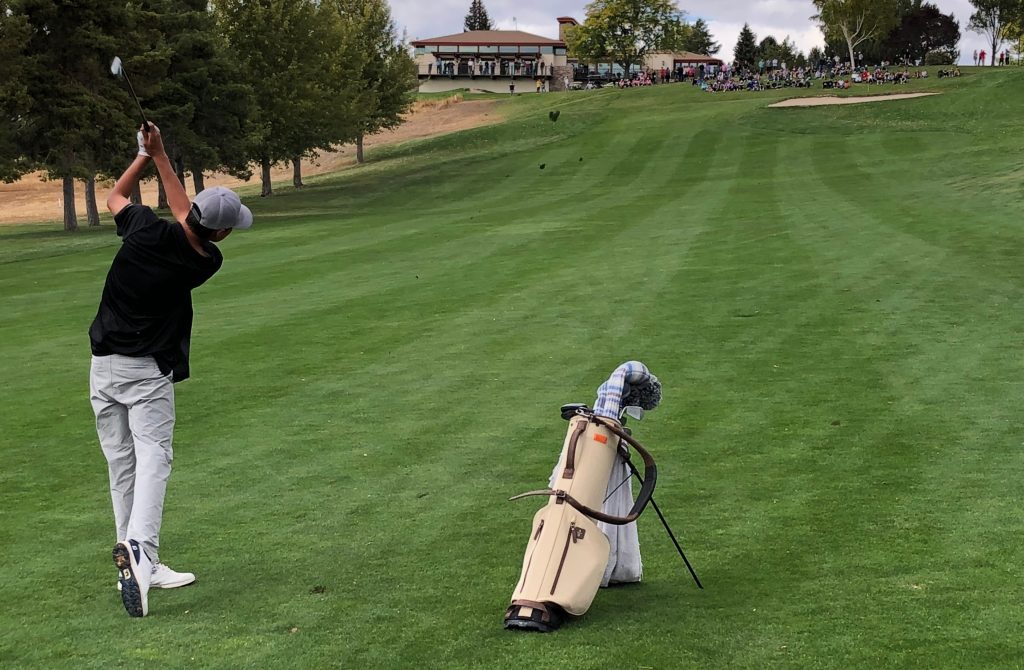 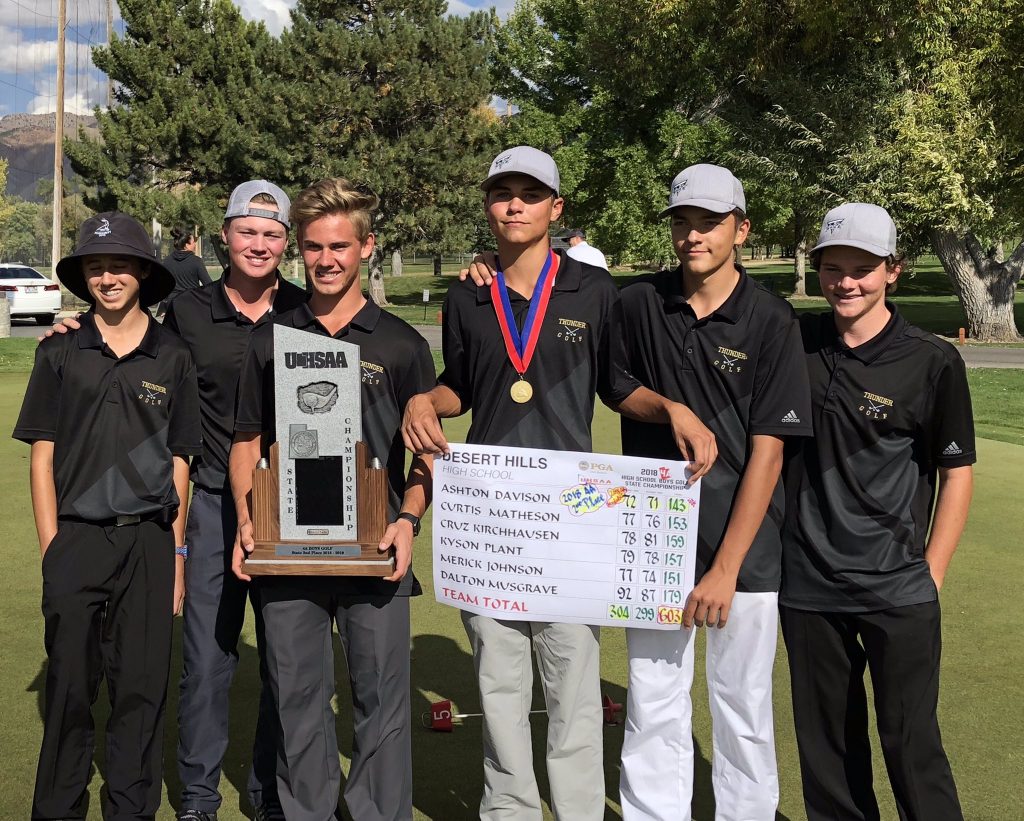 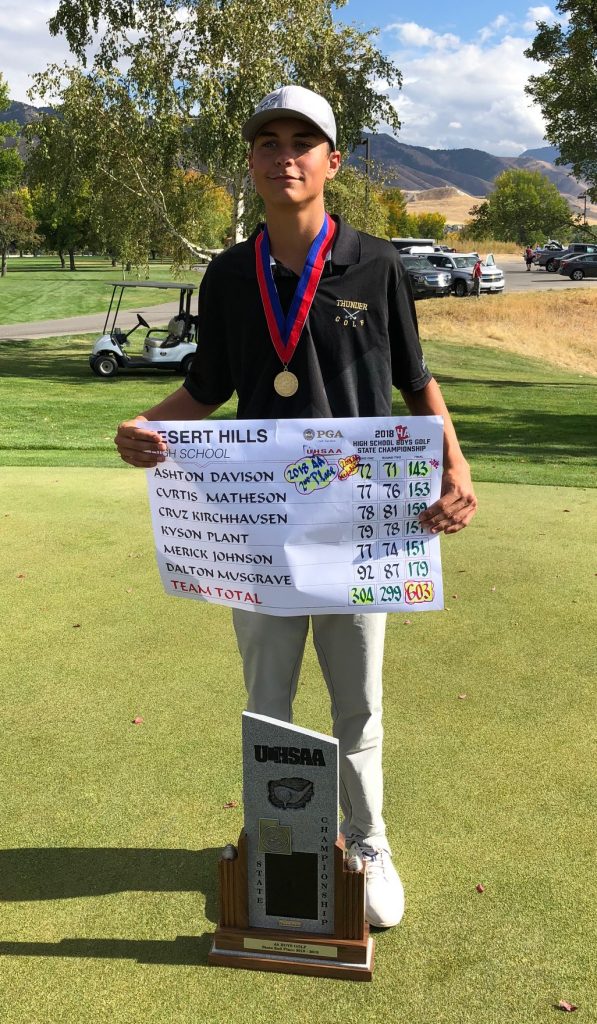 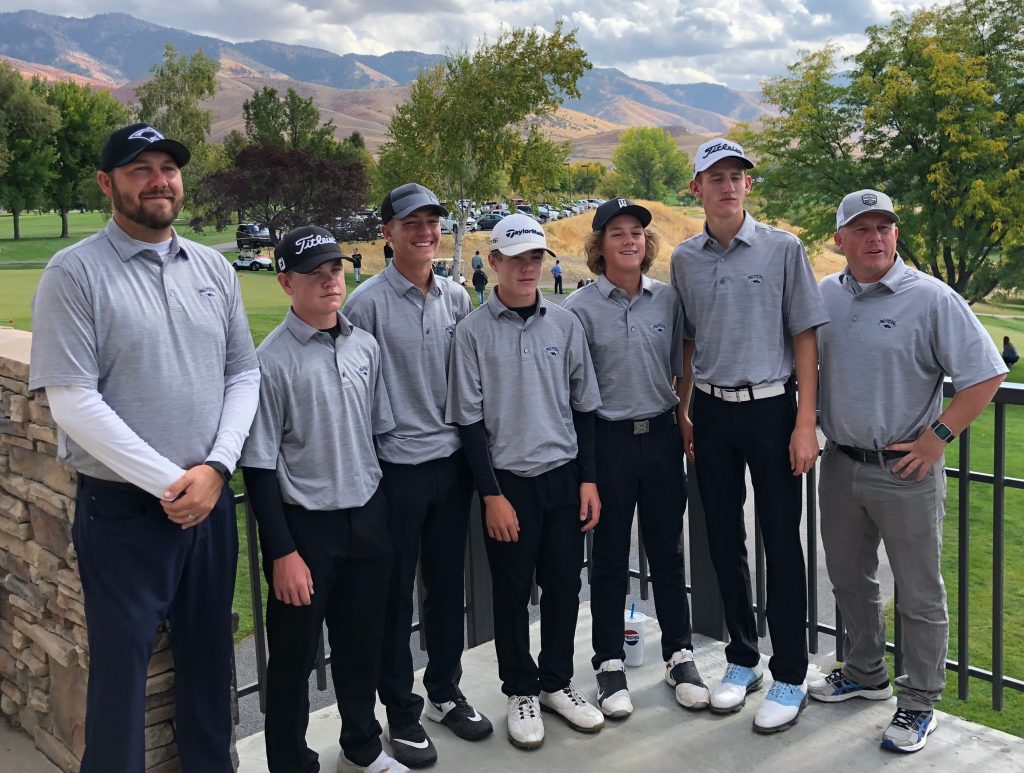