SOUTHERN UTAH — Improved weather conditions and the deployment of increased resources are helping firefighters make progress in battling multiple wildland fires that have been burning throughout Southern Utah the past few days.

One fire has been officially declared out: the Dry Canyon Fire near Parowan is now 100 percent contained, according to an update posted at 4 p.m. Saturday on the Utah Fire Info state interagency website.

“Firefighters will remain on scene to extinguish remaining hot spots,” the update reads.

Following is an updated look at other wildland fires in the Southern Utah area, each of which remains active.

The West Valley Fire, which started Wednesday afternoon in the Pine Valley Mountain area about 10 miles north of St. George, had burned at least 7,724 acres as of Saturday, according to statement emailed to news media by U.S. Forest Service fire prevention officer Bode Mecham. As of Saturday evening, the fire was zero percent contained.

Authorities have determined the cause of the fire to be an abandoned campfire. The fire is reportedly burning amid mixed conifer, brush and grass. Fuel moisture is low, and the fire has been driven by winds and steep, mountainous terrain.

“This is a full-suppression fire and the objective is 100 percent containment,” the statement reads. “The top priority for the Incident Management Team is the safety of fire personnel and the public.”

A crew of smokejumpers is working to secure the fire’s southern flank, or tail of the fire. Hotshot crews are constructing fireline directly on the fire’s edge where possible, working along the fire’s north and east flanks. Firefighters are being supported with helicopters dropping water on hot spots, and fixed-wing air tankers are available upon request. Hotshot Crews and Type 2 Initial Attack Crews are assessing structures about two miles from the fire’s north and west flanks, and clearing fuels along roads in the event that burning operations are necessary.

No evacuations are in place, but emergency area, road and trail closures remain in effect. Click here for details about closures. No injuries have been reported.

A public meeting regarding the West Valley Fire has been scheduled for 7 p.m. Monday at the New Harmony fire station, 133 E. Center St.

The Black Mountain Fire, which started just before 1 p.m. Thursday on state Route 130 south of Minersville was mapped at nearly 6,000 acres during an aerial survey Friday, fire officials said.

The blaze, which authorities said was ignited by sparks from a single-vehicle rollover, quickly spread through surrounding terrain, including grassy hills, sagebrush and juniper trees. It burned an estimated 4,000 acres within the first few hours. Although the point of origin was in Iron County, the fire is now also burning in Beaver County. Approximately 150 personnel are actively fighting the fire as of Saturday. The incident command post is at Minersville Elementary School.

“Crews are in place, building fireline and working with heavy equipment,” the update said. “The fire remains 30 percent contained and firefighters are expecting to achieve more containment today.”

No evacuations or major road closures are in effect. State Route 130 remains open. However, officials said anyone desiring to travel on dirt roads leading into the fire will need to be escorted by fire personnel for safety reasons.

A seasonal cabin and a communication tower are the only structures currently threatened. No injuries have been reported.

Kayli Yardley, also a public information officer for the fire, thanked the residents of Minersville for their support of the firefighters the past couple days.

“The community has been awesome,” she said. “They’ve just been amazing, super supportive. The local volunteer fire department, everybody has stepped up. They’ve given, 100 percent plus. We appreciate everything that they’ve done.”

The Willow Patch Fire, which started Friday about 1 p.m. on state Route 24 in Sevier County near mile marker 19, has burned more than 1,000 acres and has zero containment as of Saturday afternoon. However, according to an update posted by fire officials at 11 a.m. Saturday, fire crews continue to make progress on the east and west sides of the fire.

No structures are currently threatened, but several power poles have reportedly been burned, causing electrical outages in portions of Wayne County. The fire is believed to be human caused, although the exact cause is still under investigation.

State Route 24 is currently open but could close at any time to ensure firefighter and public safety, the report said. Suggested alternate routes are Interstate 70 to state Route 72 to Loa and U.S. Route 89 south to Kingston Canyon.

Yardley, a public information officer for the Black Canyon Fire, offered a few safety reminders for the public.

“Human caused doesn’t always mean matches or fireworks,” she said. “Make sure you check your trailer chains on your tires. Also, flat tires, blow outs, tend to cause just as many fires along the roadway as an abandoned campfire. So please be careful.”

“Also, with the upcoming holiday, please, if you must have fireworks, make sure that they’re in the designated areas, wherever your municipal cities are.”

Severe fire restrictions are already in place for much of the state. Central Utah Interagency Fire Managers announced the implementation of additional restrictions, including for Bureau of Land Management lands, effective Sunday. Check Utah Fire Info for additional information about fire restrictions. 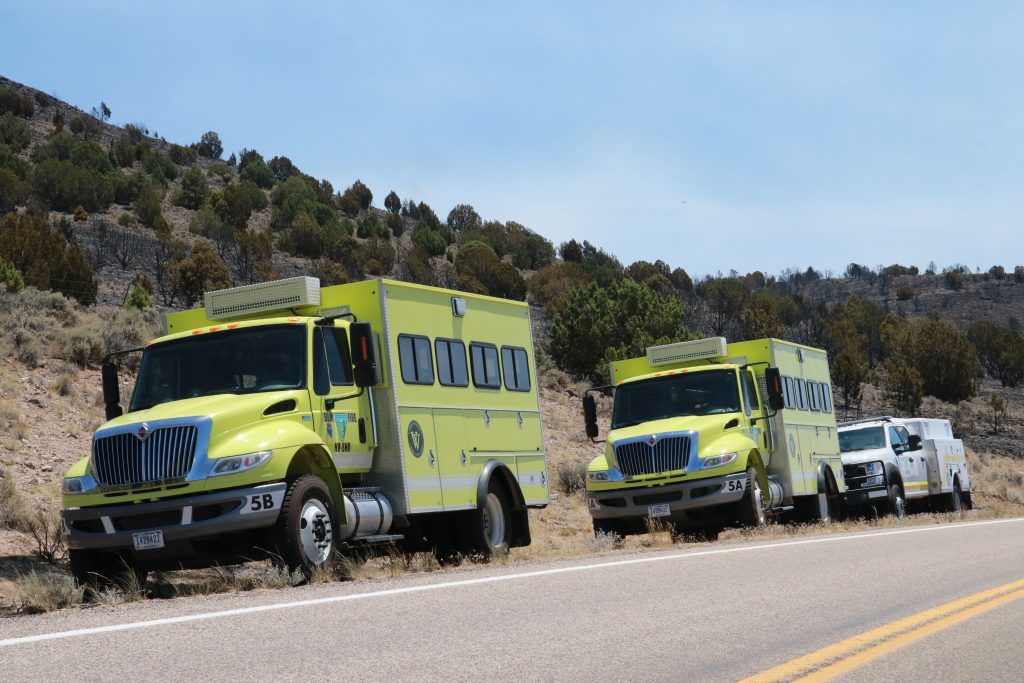 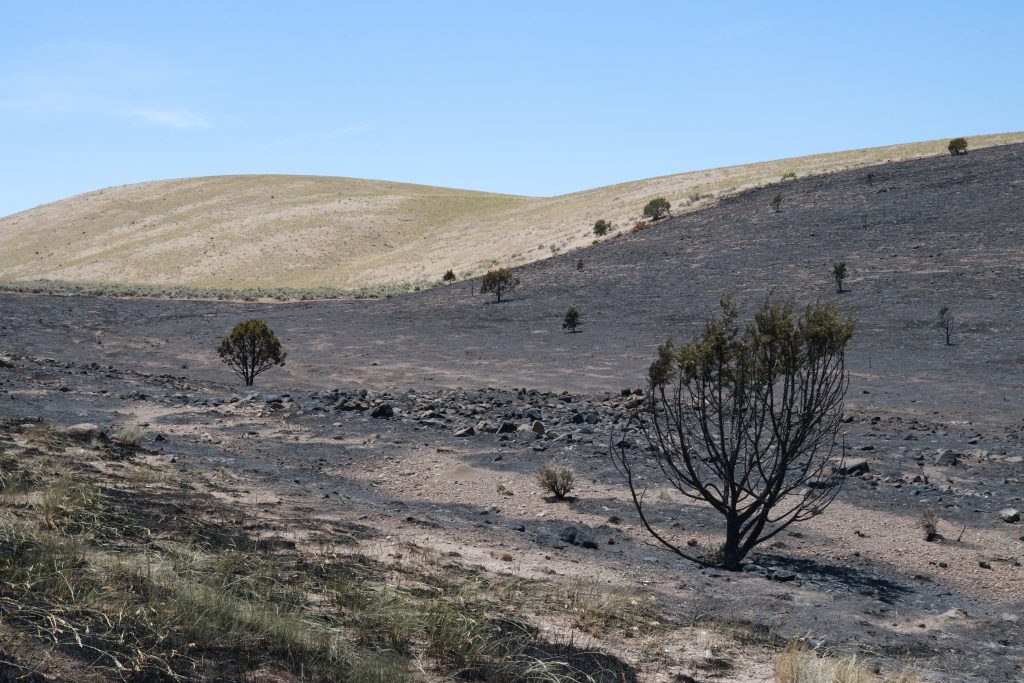 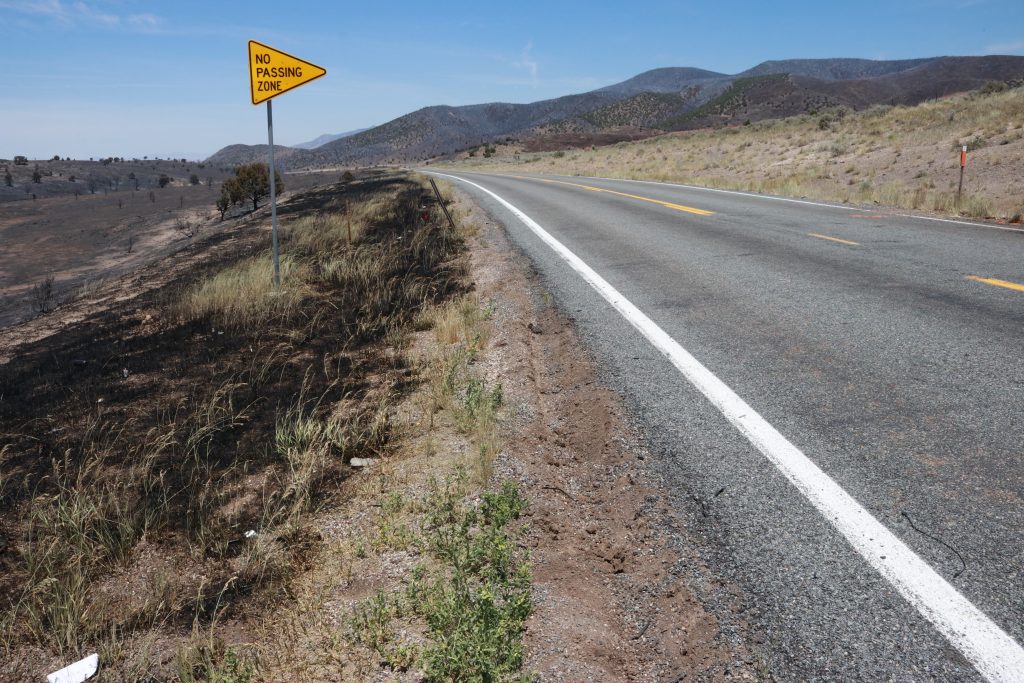 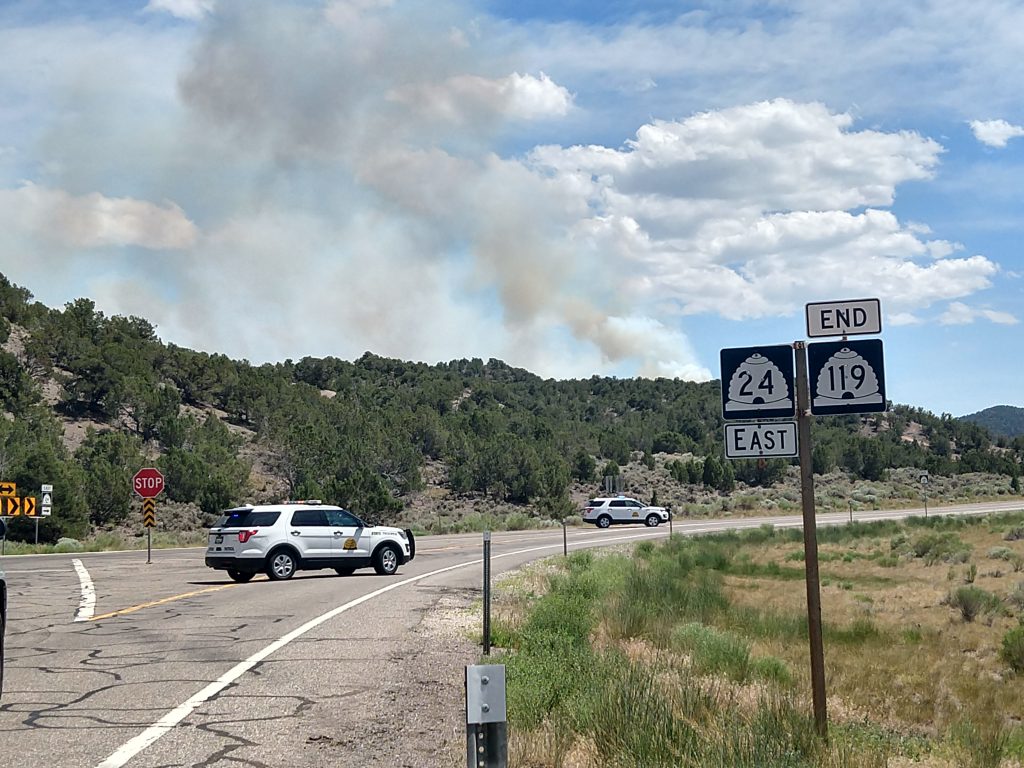 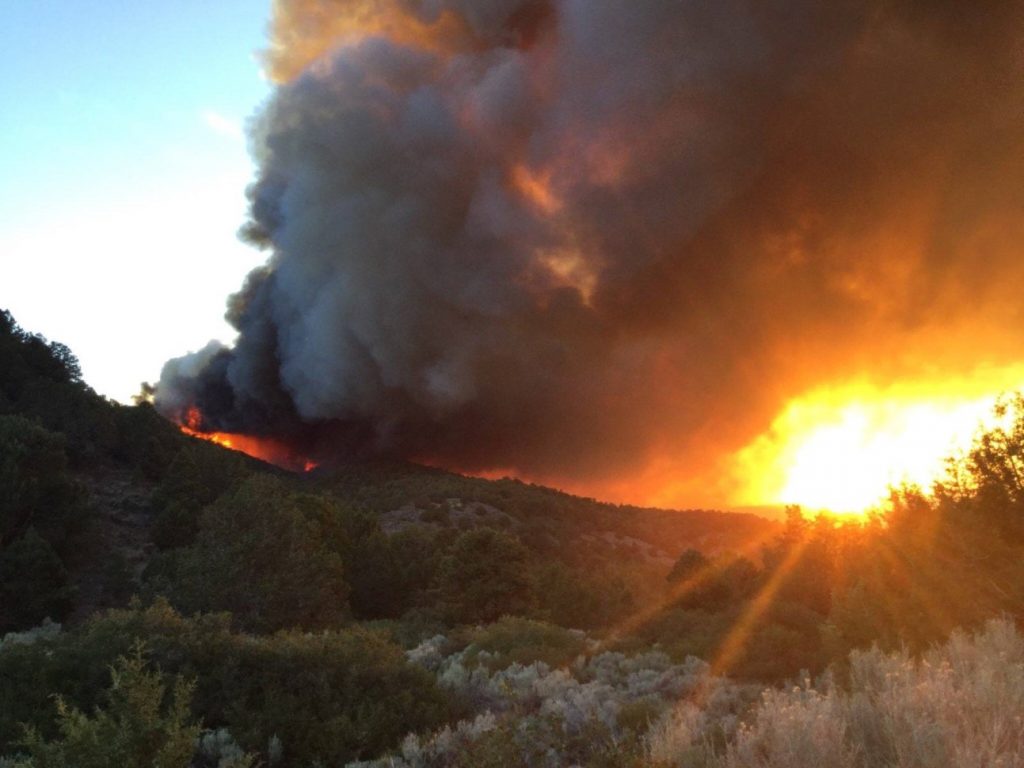 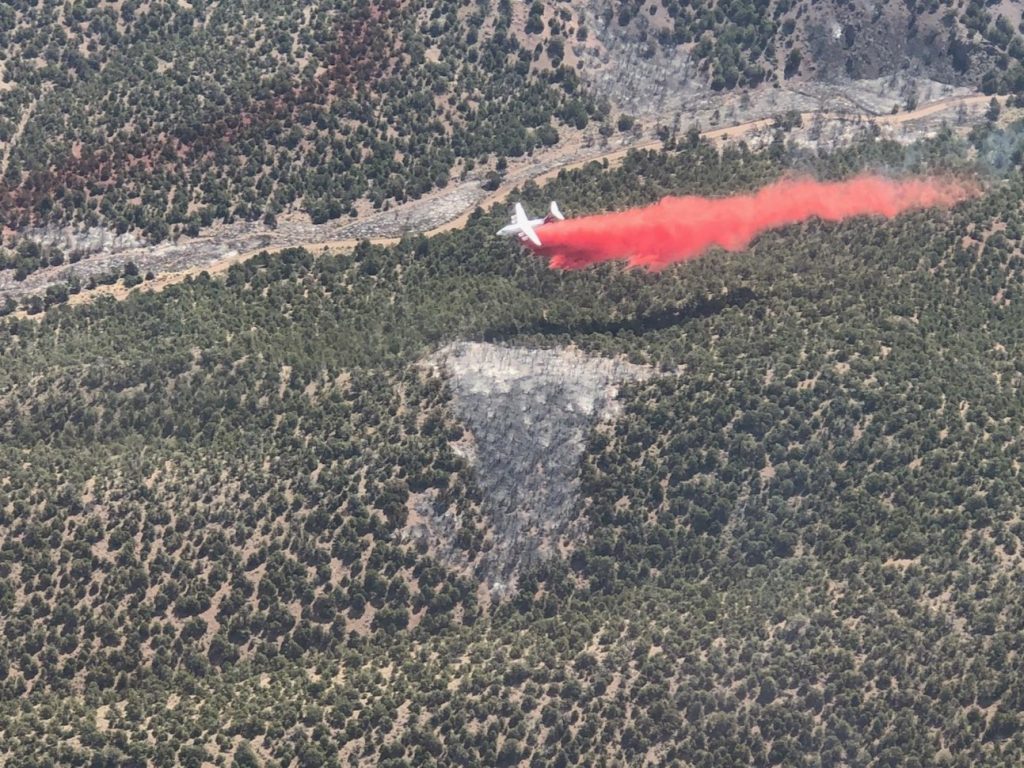 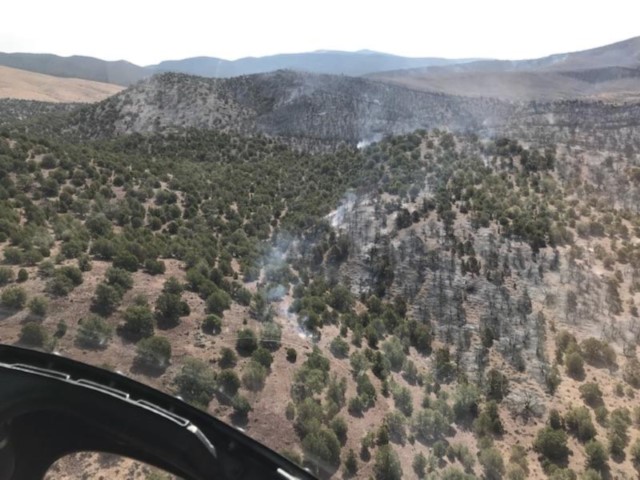 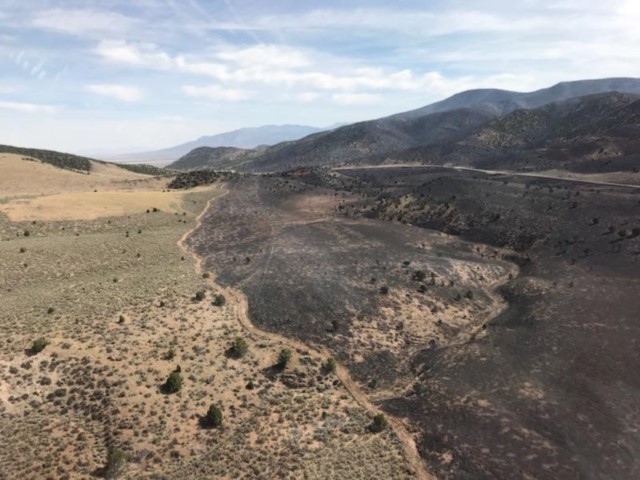 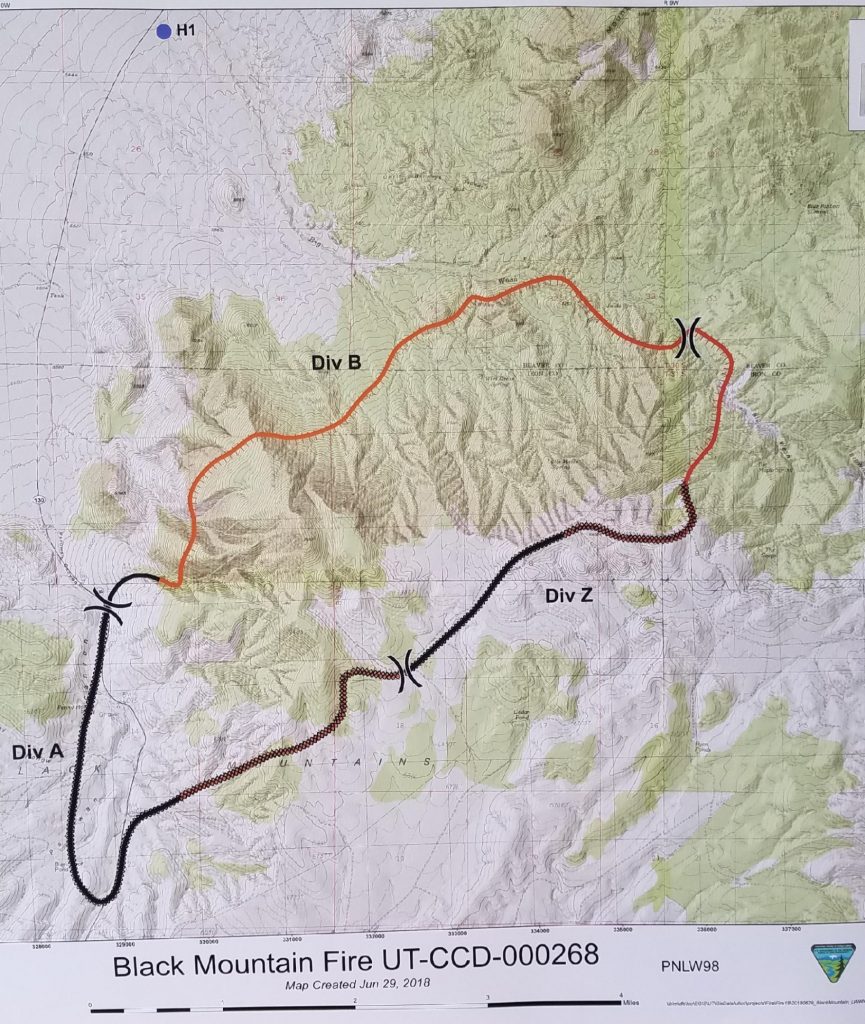 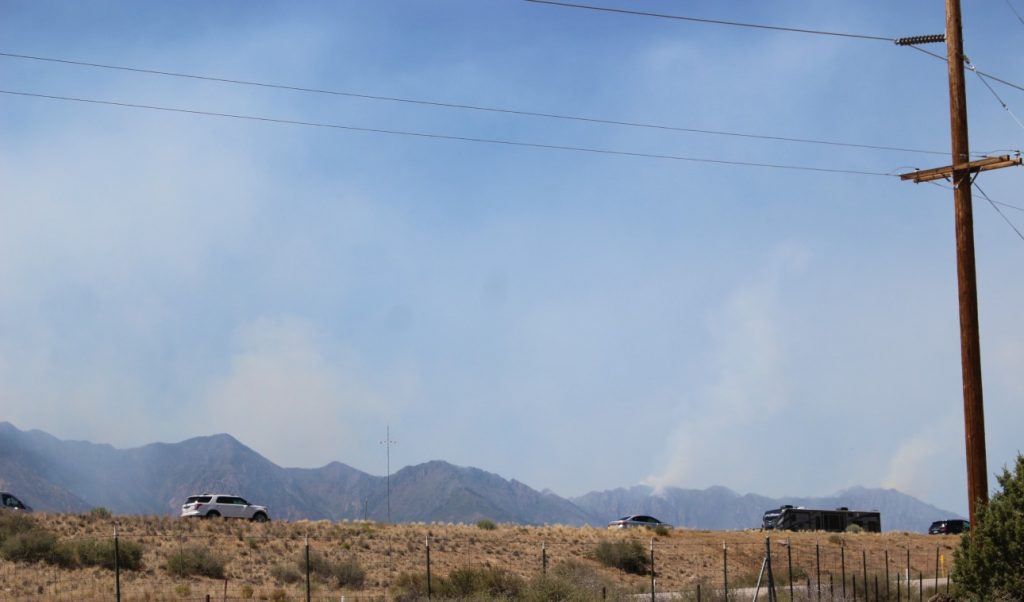 What's behind the U.S. baby formula shortage – and how to make sure it doesn't happen again