ST. GEORGE — The Hurricane/LaVerkin Bridge was temporarily closed to traffic after a woman standing on the edge and facing the drop was removed and transported to the hospital after what appeared to  be a suicide attempt Wednesday evening.

At approximately 6:45 p.m. officers were alerted to an incident involving a woman who was standing on the outside ledge of  the bridge holding onto the wrought-iron fence.

The drop from the bridge to the ravine below is approximately 120 feet.

Off-duty LaVerkin Police Sgt. Amber Crouse was heading west on her way into Hurricane when she observed the woman and made a U-turn to return to the bridge.

Meanwhile, Crouse heard over the radio that officers were responding to the incident.

Once Crouse reached the woman, the officer put her arms through the metal rails and held onto the woman until LaVerkin Police officer Scott Durfey arrived. At that point the officers stood on either side of the woman and held her as she struggled to break free until fire and medical arrived.

Hurricane Valley Fire District responded with the ladder truck, and once on scene, they parked near the “Welcome to LaVerkin” sign.

A firefighter was secured to the ladder, which was subsequently extended approximately 20 feet to where the woman was standing on the outside of the metal railing, still struggling against the officers holding her from the other side.

The firefighter secured the woman to the ladder; however, she continued fighting to free herself as the ladder was retracted to the truck, Crouse said.

“A firefighter was assaulted during the rescue,” Crouse said, adding that responders had to restrain the woman before transporting her to Dixie Regional Medical Center for evaluation, which Crouse said was a better ending than the alternative.

The Hurricane/LaVerkin Bridge was closed for approximately 10 minutes while the woman was moved from the bridge to the patrol car.

There were no serious injuries reported. 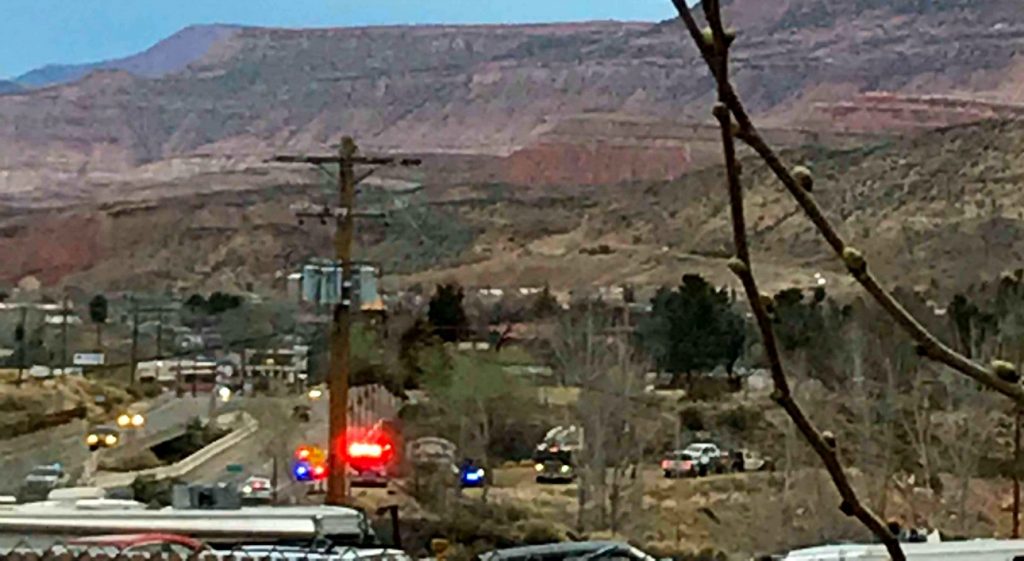 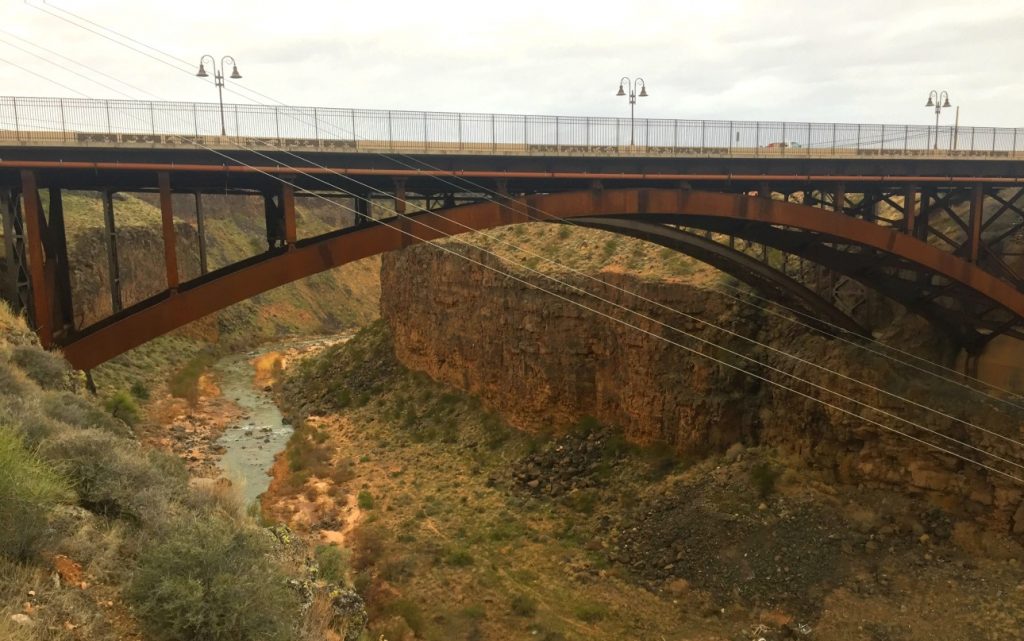 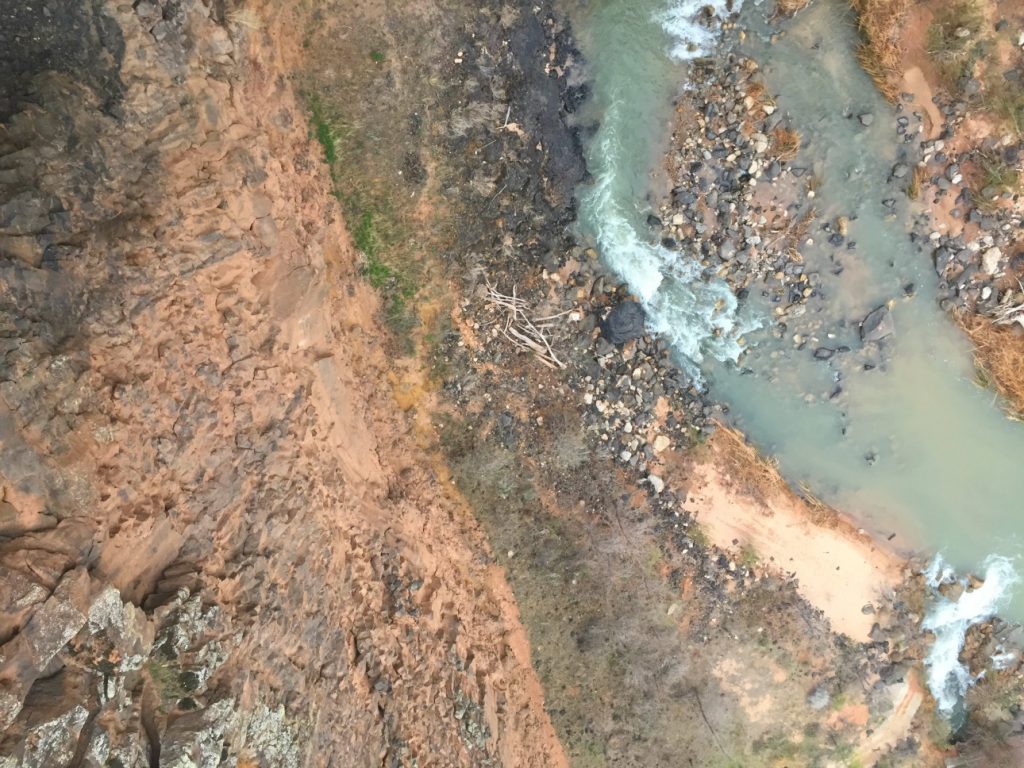 View from the top of the Hurricane-LaVerkin Bridge to the bottom of the ravine, 120-feet below Thursday morning, LaVerkin, Utah, March 22, 2018 | Photo by Ron Chaffin, St. George News

BlvdHome gives away over $7,000 to local charities in Washington County