ST. GEORGE — A St. George man is facing a first-degree felony drug distribution charge after police allegedly found him in possession of of heroin in a Washington County park. A woman who was with the man is also facing drug-related charges.

Just before 7 p.m. Monday, officers spoke with four individuals seen smoking at the Santa Clara City Park located at 1400 N. Canyon View Dr., according to a probable cause statement filed by Santa Clara Ivins Public Safety in support of the arrest. 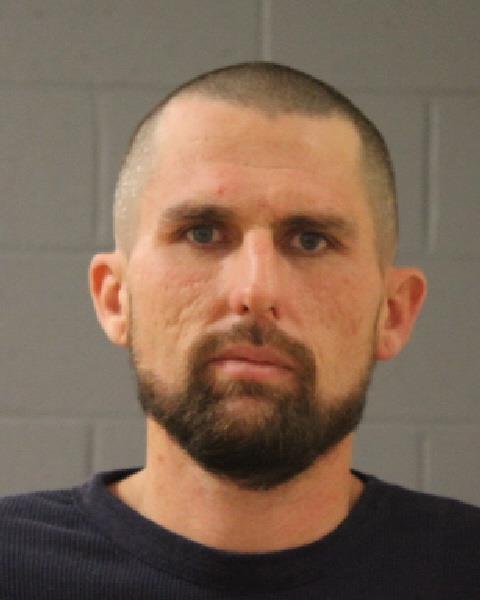 While informing the group that they weren’t allowed to smoke in the park, officers learned one of the individuals – identified as Jason Lennon Webb, 36, of St. George – had two active cash-only warrants for his arrest on charges of retail theft and theft by receiving stolen property, the report states.

After Webb was placed under arrest for the outstanding warrants, officers made three unsuccessful attempts to contact someone to pick up Webb’s vehicle from the park before ultimately inventorying the vehicle to hold it, the arresting officer wrote in the sworn statement.

During the inventory, police allegedly located a black pouch under the driver’s seat containing three syringes with heroin residue, a cooker, scale and blue glass bottle containing heroin, according to the statement.

A second individual – identified as Sara Autumn Dickinson, 27, of Ivins – was also found to have a cash-only warrant for her arrest issued by the Washington County Justice Court, the report states.

Upon being placed under arrest, officers learned Dickinson had a glass pipe in her back pocket and a small plastic baggie containing methamphetamine in her bra, the officer wrote in the statement.

Webb and Dickinson were transported and booked into the Washington County Purgatory Correctional Facility.

In Utah, possible penalties for a first-degree felony conviction include a minimum of five years in prison with a maximum sentence of life and up to $10,000 in fines.

Judge Eric Ludlow, of the 5th District Court, ordered $25,000 bail for Webb’s release pending trial. He was found indigent by the court during his initial appearance Tuesday and will be represented by court-appointed attorney Douglas Terry. He is scheduled to make his next court appearance March 19.