ST. GEORGE — Hunter Chase Johnson, of Bountiful, had plans for the future, seeing himself possibly serving a mission for The Church of Jesus Christ of Latter-day Saints, joining the U.S. Air Force and attending college to become a brain surgeon. But that was all taken away when he died in a head-on crash July 3, 2016.

Johnson’s story, along with those of 14 other Utah teens killed in traffic accidents last year, can be found in the 2016 Teen Memoriam, part of the “Don’t Drive Stupid” campaign that aims to end traffic-related teen deaths by educating young drivers about the importance of being safe behind the wheel.

National Teen Driver Safety Week, typically held the third week of October, aims to raise awareness of the tremendous risks teens face on the road and to remind them to think twice before driving distracted. No matter the week, parents can encourage safe driving behaviors and help teens to avoid distractions and risky behaviors behind the wheel.

In Utah, 43 teens were killed in fatal crashes last year, the highest number of deaths since 2009.

Nationally, motor vehicle crashes are the leading cause of death for teens, ahead of all other types of injury, disease or violence, according to the Centers for Disease Control.

Further, teens have a fatal crash rate per mile that is nearly three times higher than the rate for drivers 20 and over, according to the Institute for Highway Safety. In 2015 more than 2,700 teens died on the nation’s roads, which is the equivalent of every single student at an average high school in America being killed every year – multiplied by three. Motor vehicle crashes injured another 220,000 teens in 2015 as well.

“We have to do better,” Transportation Secretary Anthony Foxx said in a statement released Tuesday “and as parents we should all model, teach, and enforce good driving habits for our young drivers.”

Researchers believe the higher rate of crashes for this demographic is linked to their lack of skills and experience, as well as immaturity. They speed, they make mistakes, and they get distracted easily – particularly when their friends are in the car.

St. George Police Officer Andy Mickelson, in an interview with St. George News, provided support for the theory. Teen drivers share common driving behaviors observed routinely by officers, he said, and seen most often is distracted driving. The culprit tends to be cellphone use or other passengers in the vehicle.

“Phones are huge, and teens have no business having a phone in their hand while they’re driving a car.”

By law, teen drivers are allowed to call their parents or make a call to 911 on their cellphones in an emergency; otherwise, they can be cited, Mickelson said, adding that the law for teen drivers is different than for anyone else.

“They are not allowed to handle or use the phone unless they are calling a parent or in an emergency,” he said, “but changing music with the phone is not an emergency.”

After the teen is issued a license there is a six-month period during which the driver is prohibited from having any passengers other than parents or other family members.

When teen drivers are stopped they generally offer very few excuses, Mickelson said, noting that as a difference between teen and other drivers. They usually have a good idea of why they were stopped and are truthful in their answers, he said.

The most significant difference lies in the way that officers respond and their reaction when called to a crash involving a teenager, Mickelson said. There is a heightened level of fear that injuries may be so significant that they are fatal.

Parents are the No. 1 influence on teen driver safety. A recent National Highway Traffic Safety Administration survey shows teens whose parents impose driving restrictions and set good examples for them typically engage in less risky driving and are involved in fewer crashes.

Utah Highway Patrol Lt. Todd Royce agreed. Parents taking an active role in teaching their teens safe driving behaviors significantly increase safety for their youth. Keeping track of what their kids are doing behind the wheel can prevent them from engaging in risky behaviors that can have deadly consequences.

“As much as parents think their kids don’t listen to them, that’s not true,” Royce said. “As a matter of fact, parents have the strongest influence in their teenager’s life, and their involvement and example can make all of the difference in the world for these kids.”

Experience on the road enables drivers to estimate distance and speed more accurately, as well as providing numerous opportunities to react to other drivers, use defensive or evasive driving maneuvers or other responses that can prevent a crash.

The NHTSA’s “5 to Drive” campaign identifies five things teens can do to reduce risk and drive safely: 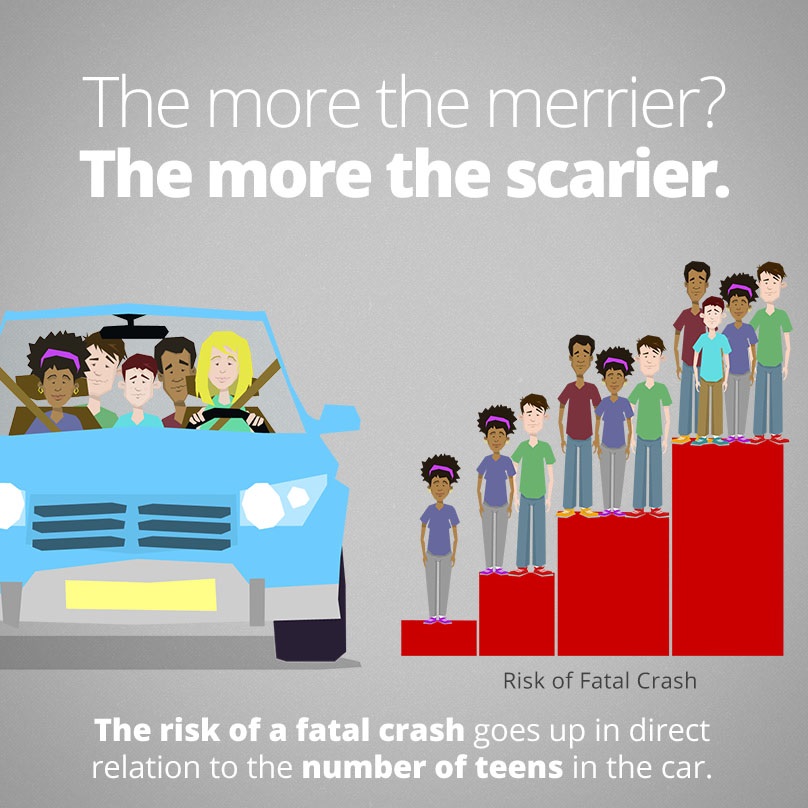 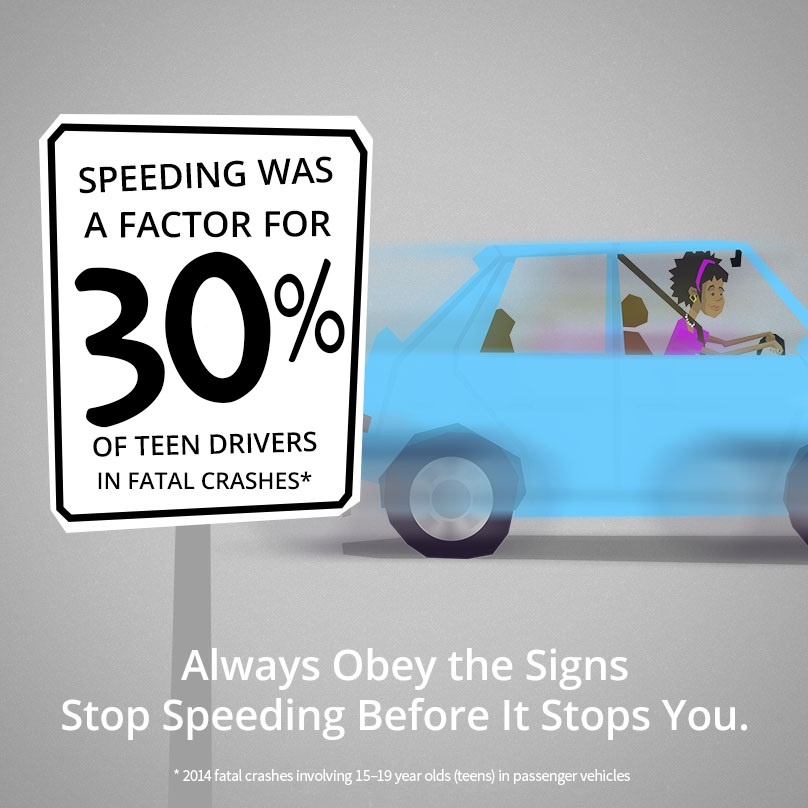 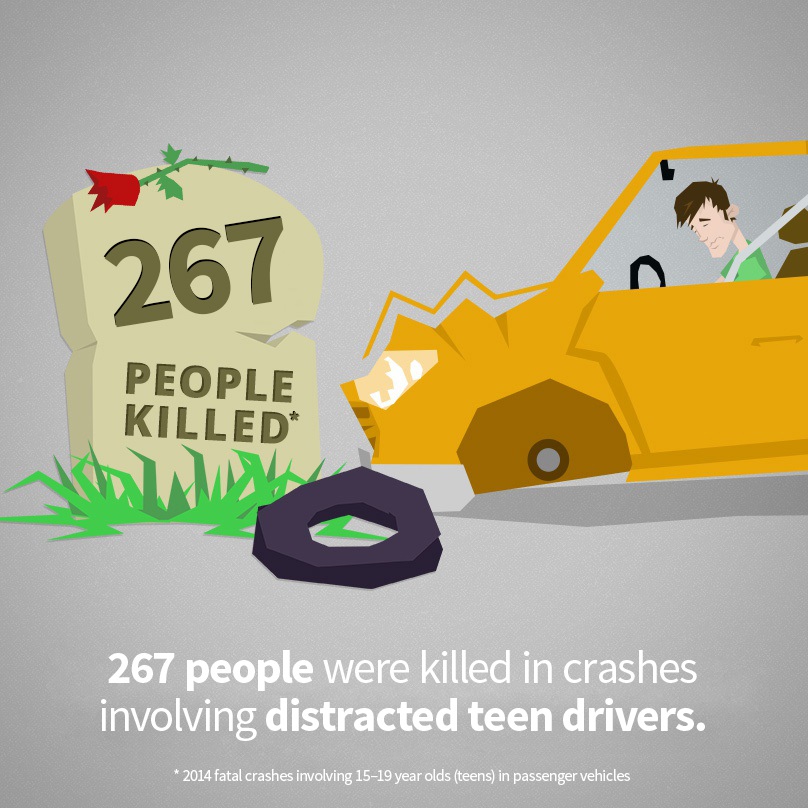 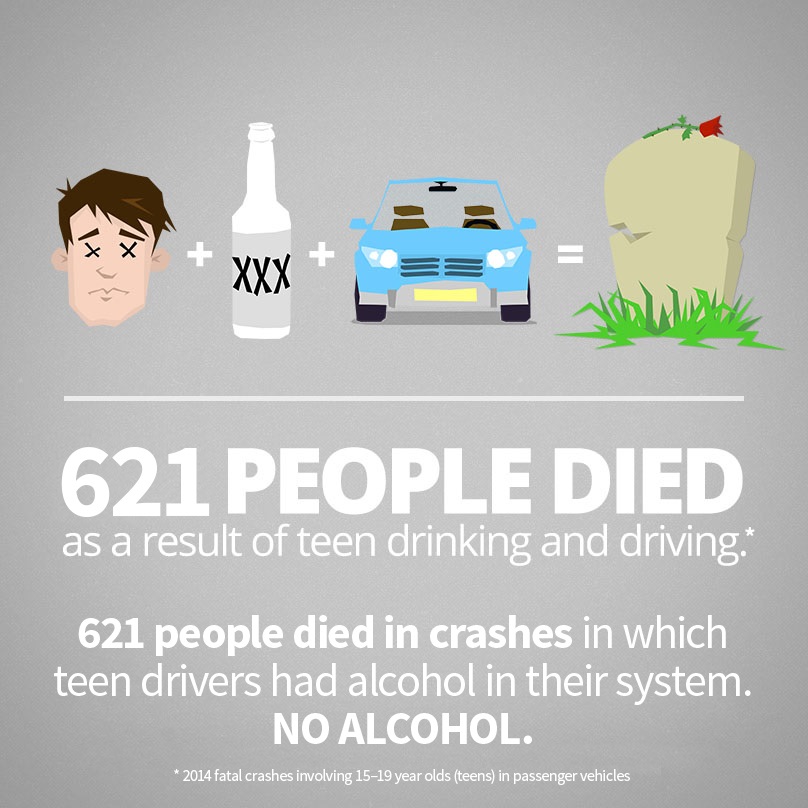 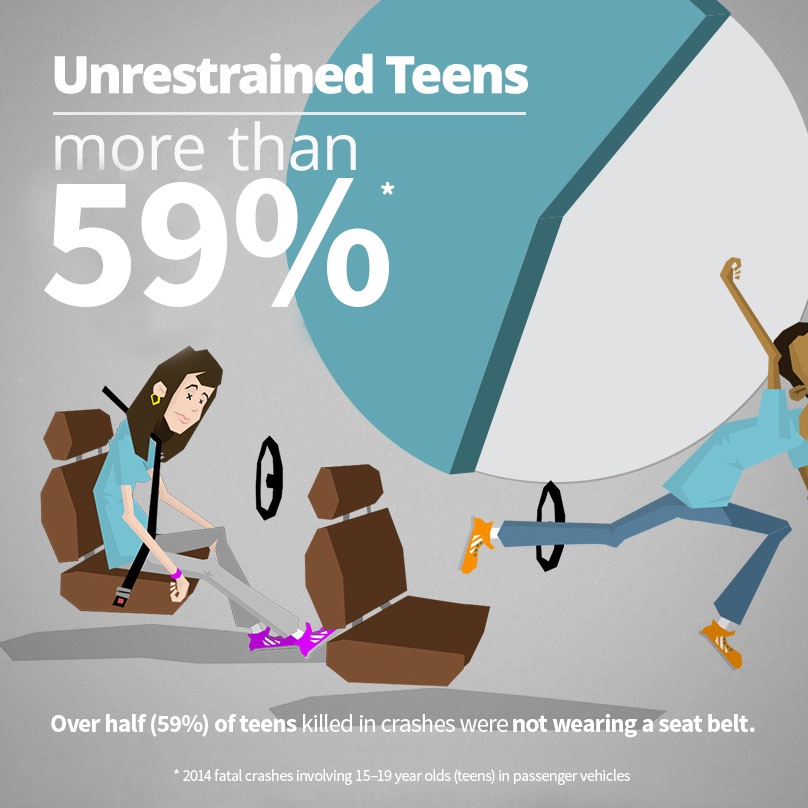 Teen driver suspected to be drowsy rolls car on I-15