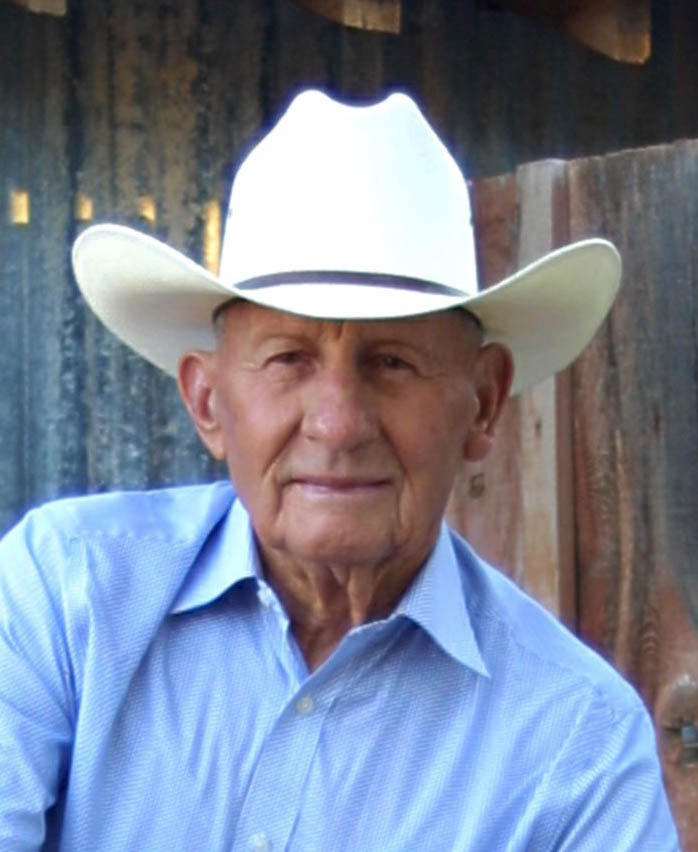 Conrad “Conny” Sorenson Bowler, 90 years old, passed away very peacefully on Oct. 9 in St. George. He was born on August 19, 1927, to Francis Leo Bowler and LaPrele Sorenson Bowler. He married Corinne Esplin on Oct. 9, 1946, and solemnized in the St. George Temple of The Church of Jesus Christ of Latter-day Saints on May 15, 1947. As a member of the LDS church he served people in need.

Conny, as he was known by his friends, was raised in Gunlock and a lifelong resident of Washington County. At age 15, he moved to St. George to live with his Grandma Matilda Sorenson to attend school and work. He graduated from Dixie High School and worked at Cliff Leach Corner Service Station. Work was something he was accustomed to and was still feeding and watering the horses at age 89. He enlisted in the U.S. Navy and served his country.

Conny always was the epitome of the American Cowboy. He had a natural ability with horses and began operations of Bowler Horse Training Stables in 1960. Because of Redwood Sam, his stud, the roan color of horses began to dot the Southwest. He was always willing to help people learn better horsemanship, holding clinics for the St. George Lions Queen and Princess, 4-H program and anyone interested in horses. He never charged a fee and loved his work. His own accomplishments included Morgan Cutting Horse champion from 1967-1970, named to the Utah Cutting Horse Association Hall of Fame in 2008 and Grand Marshal for the St. George Lions Dixie Roundup in 2014.

Cutting was his favorite horse sport, but he made sure his sons always had the best horses to compete on in calf-roping and team roping. He took pride in well trained horses and said “there was too many good horses to ride a bad one.”

He is survived by sons: John, who tenderly took care of him the last years of his life, and Troy (Kerrie); daughter-in-law, Gai; six grandchildren, ten great-grandchildren, and four great-great-grandchildren. He is also survived by his sisters; Jewel Snow and Barbara (Clark) Reber. He was preceded in death by his parents; wife, Corinne; son, Randy; and daughter, Wendy.

Special thanks to the staff at Seasons Rehab for the special loving care they gave Conny the past few months.