ST. GEORGE — A driver escaped serious injury when his vehicle nearly struck a semitractor-trailer before it rolled off of Interstate 15 and struck a tree near Littlefield, Arizona, Monday morning.

Shortly after 8 a.m. MST, officers and emergency personnel were dispatched to a rollover involving a silver Honda four-door passenger car that had smashed into a tree.

Officers found the injured driver still inside of the vehicle, which sustained significant damage, Arizona Highway Patrol Trooper Tom Callister said. The man was removed from the car and placed into a waiting ambulance that transported him to Dixie Regional Medical Center for evaluation and treatment.

According to the witness statements, officers determined that the Honda was heading north on I-15 in the inside lane and approaching Exit 8 one of the car’s tire’s “hit some sort of divot in the road,” Callister said, causing the man to lose control of the vehicle.

The car careened to the left just as the driver over-corrected to the right, which caused the vehicle to skid across both lanes of traffic, narrowly missing a semitractor-trailer in the process. The vehicle went off the left shoulder and began to roll until it collided with a tree and came to rest in an upright position.

The driver was treated at the hospital for minor injuries and later released, while the vehicle was a “total loss,” the trooper said.

“The driver was wearing his seat belt at the time of the crash,” Callister said, “and that most definitely saved him from significant injuries or worse.”

The Arizona Highway Patrol and Beaver Dam/Littlefield Fire and Ambulance responded and tended to the scene. 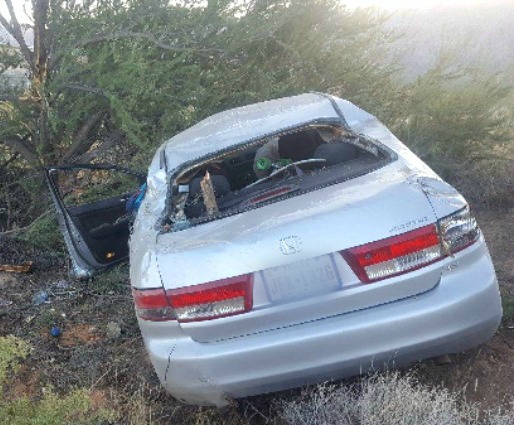 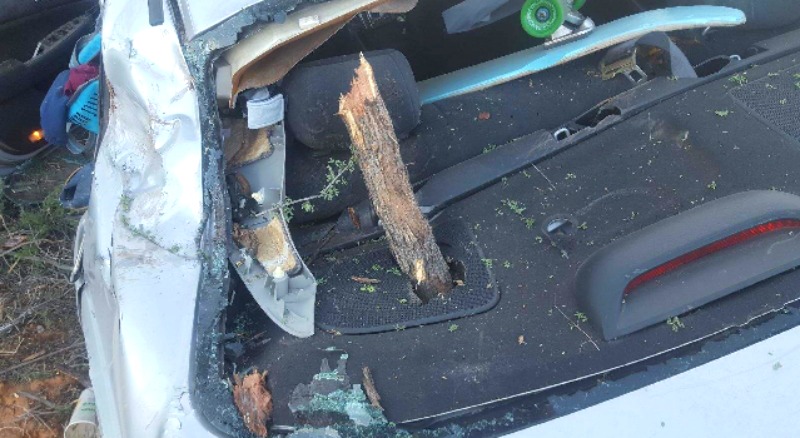 Woman dies in fatal I-15 rollover near Mesquite

Rollover near Beaver temporarily blocks traffic on I-15