ST. GEORGE — A woman suffered bite wounds and her small support dog was seriously injured after a pit bull entered the woman’s workplace Sunday afternoon and attacked them unprovoked.

“It was the worst thing that happened to me in my entire life,” said Catherine Dickerson, the woman attacked by the dog.

The incident occurred around noon at the Motel 6 on 1000 East in St. George when Dickerson was mopping the motel lobby with her gray poodle, a support dog named Jack.

She went outside to bring the mop bucket inside when the attack occurred, she said.

“I was probably four steps in when just out of nowhere this white dog just came.”

Dickerson said the dog, described by police as a 1-year-old pit bull, immediately began biting her arm when Jack jumped up to help her.

“The dog (pit bull) just turned – like completely forgot that I was even there – grabbed my dog and was just shaking him,” Dickerson said.

Outside, two women witnessing the attack called for help as Jack let out high pitched yelps of pain as the pit bull had its mouth latched around the smaller dog.

Dickerson tried to pry the pit bull away, she said.

“As soon as my dog started dragging himself away, the dog just got him away from me and grabbed him again,” she said. “He wouldn’t let go of my dog – he just would not let go of him.”

She said Jack started making choking noises, and she thought she was watching her dog die.

As the owner carried the pit bull away, he accidentally dropped it, Hutchings said, and it ran back into the room and attacked the poodle again before the owner was able to intervene again and secure the animal in his room.

Dickerson suffered several bite wounds on both of her arms and was hurt while trying to wrestle the pit bull away.

Jack had large bite marks on his rear end, torso and ear and was rushed to an emergency veterinarian where he was administered pain pills and antibiotics. Dickerson said the dog now yelps in pain anytime its hips are moved.

While she said the dog’s bones likely are not broken, the veterinarian told her if he doesn’t appear to get better in the next few days, she would need to come up with $700 for an X-ray.

Police said the pit bull reportedly escaped from its leash as its owner was taking it for a walk.

Witnesses said they saw the dog urinate on a bush outside the motel then appear to pick up a scent, at which point it darted into the building after Dickerson and her dog.

“My dog did not deserve that, and I didn’t deserve it either,” Dickerson said.

She said she is relieved Jack survived and is grateful that he tried to help her.

Even though the pit bull reportedly got away from its leash, Dickerson said the moment served as a wake-up call for the importance of keeping dogs leashed in general.

“Now I know forever, for the rest of my life, when I see someone without a dog leash, I’ll tell them to put a leash on.”

“I absolutely want to press charges,” she said. “What if that was a little child? I have done nothing to that dog, I’ve never seen that dog in my life for him to attack me like that. He would have killed a child.”

Management at the Motel 6 said the chain is known for being pet-friendly, but any animal brought into the motel should also be friendly and well-trained.

This report is based on information provided by law enforcement and witnesses and may not contain the full scope of findings. 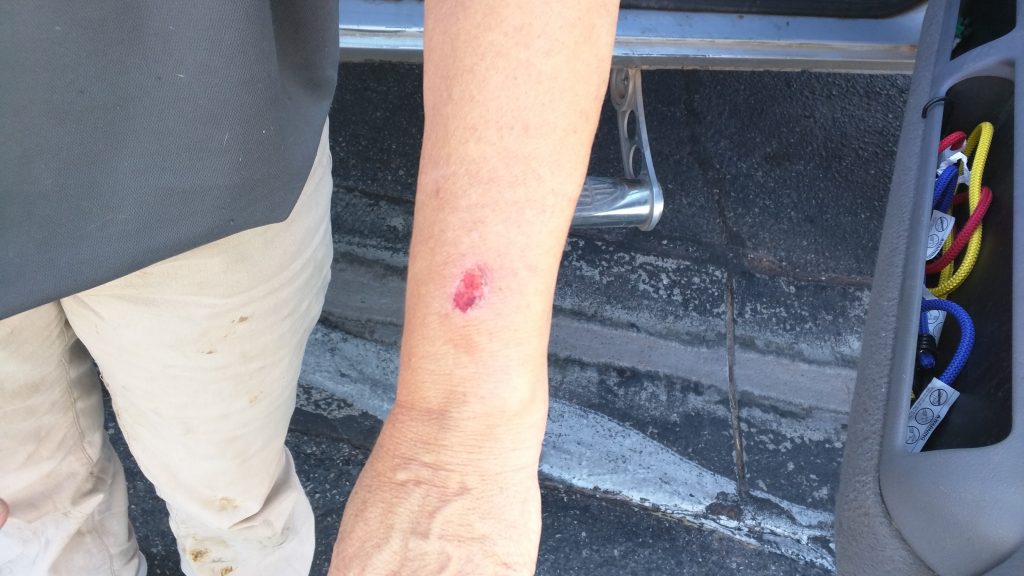 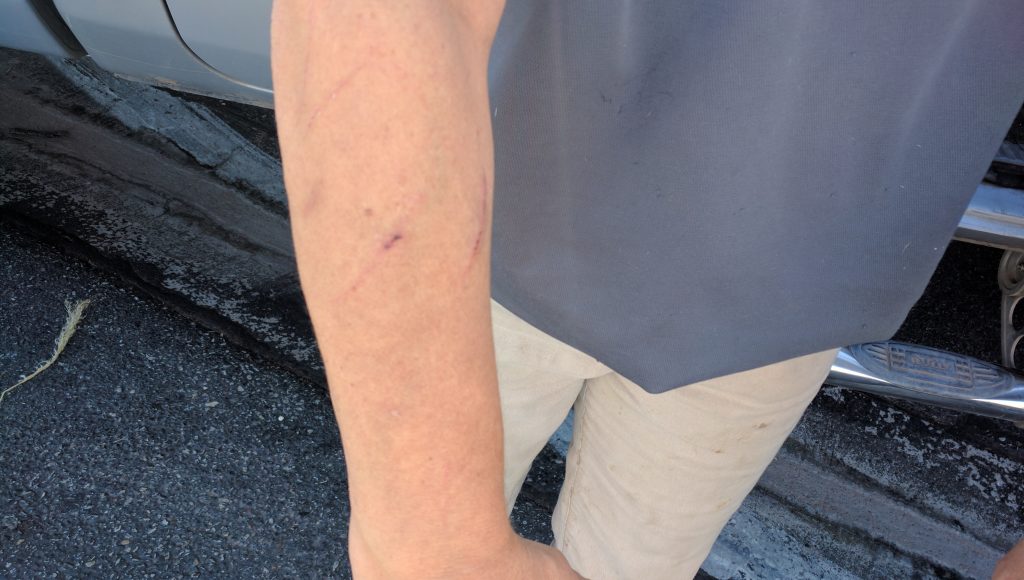 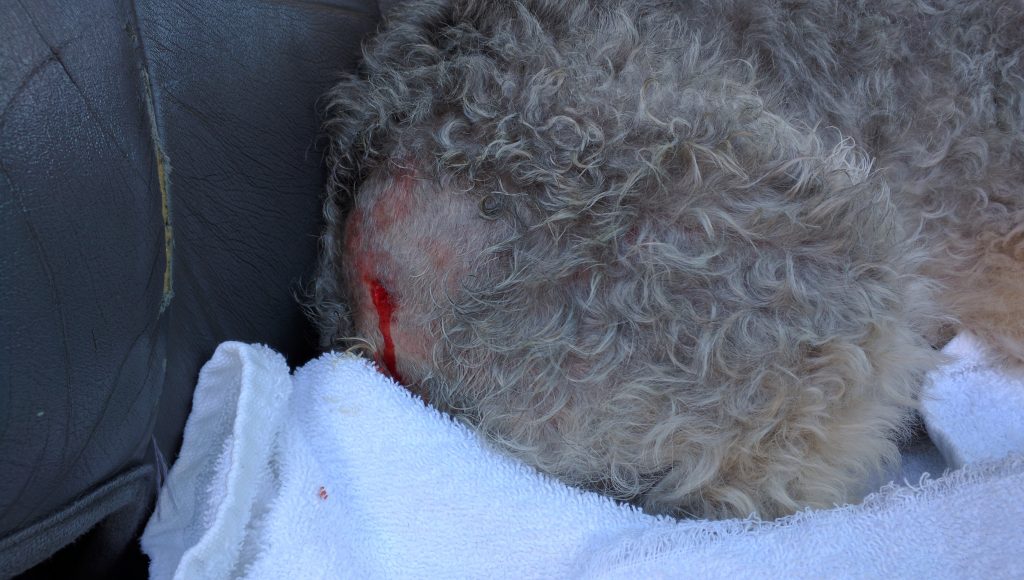 A large bite mark is visible on a small dog after it was attacked by a pit bull at a Motel 6 in St. George, Utah, Oct. 1, 2017 | Photo by Joseph Witham, St. George News 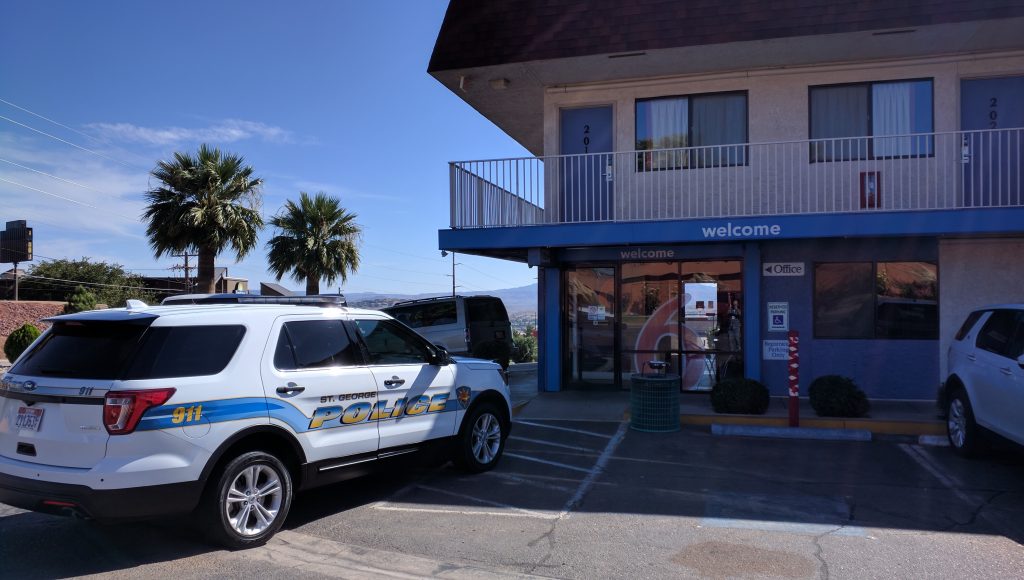 Police respond after a pit bull attacked an employee and her dog at a Motel 6 in St. George, Utah, Oct. 1, 2017 | Photo by Joseph Witham, St. George News 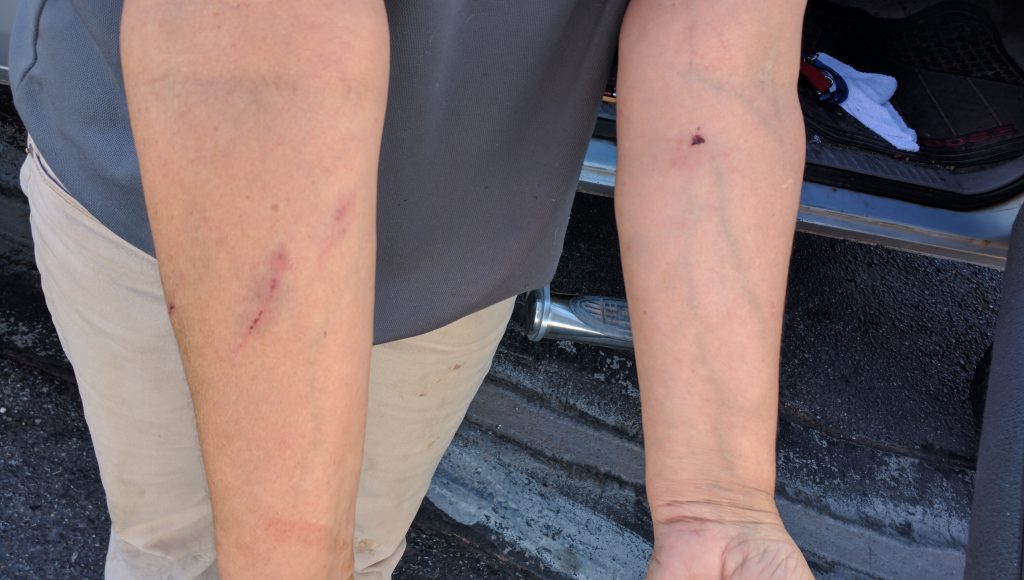 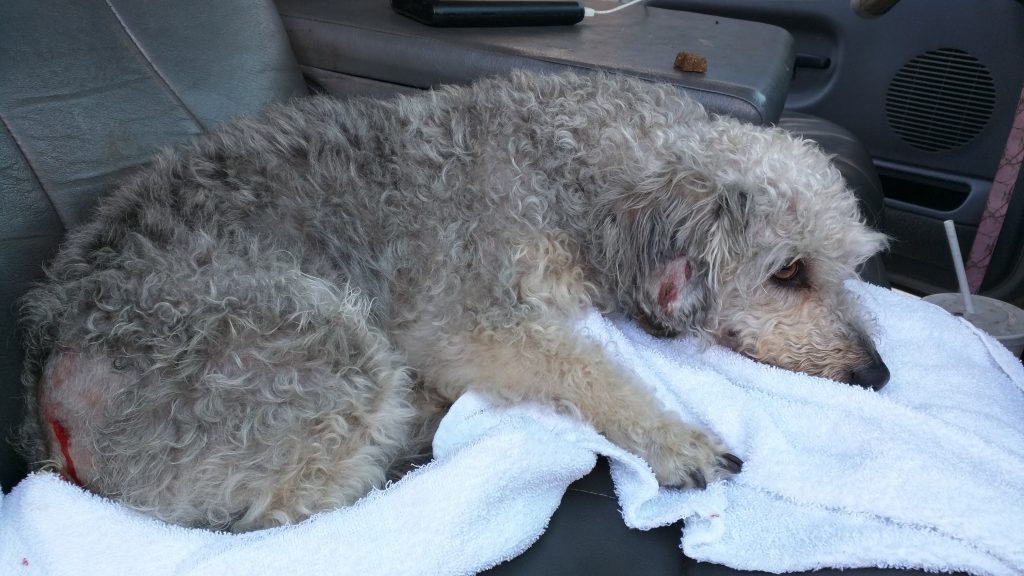 A small dog named Jack rests after being attacked by a pit bull at a Motel 6 in St. George, Utah, Oct. 1, 2017 | Photo by Joseph Witham, St. George News

What do I do if a dog attacks my family?

'Our training paid off': Zion National Park firefighters battle fire in their own station

'It heats up so quickly': With temperatures rising, so do the dangers of leaving children, pets in hot cars