ST. GEORGE — A driver who police said couldn’t see past a long line of cars while pulling out of a Swig parking lot crashed into another car on Tabernacle Street Friday afternoon, leading to multiple citations for both drivers.

Emergency personnel responded to the crash involving a blue Volkswagen Beetle and a silver Toyota Tacoma on Tabernacle Street just west of where the road intersects with 1000 East at approximately 3:15 p.m.

The man driving the Beetle had just turned right from 1000 East onto Tabernacle Street to go west as the driver of the Tacoma was preparing to make a right out of the parking lot, St. George Police Officer Ken Childs said.

“Traffic was backed up from people waiting to get into Swig,” Childs said. “Young lady that was pulling out of the Swig parking lot didn’t see the vehicle because of the line of cars lined up, pulled out and collided with the westbound vehicle.”

Personnel from Gold Cross Ambulance and St. George Fire Department arrived to perform medical checks on the drivers. They were both wearing seat belts, and no injuries were reported.

While the woman driving the Tacoma received a citation for failing to yield before entering a roadway, Childs said, both drivers were also cited for driving without having driver’s licenses on their person.

The Beetle, a dealership vehicle, did not have a license plate at the time of the crash, for which the man driving it was issued an additional citation.

Traffic backup is a frequent occurrence near the popular Swig store, which offers soft drinks mixed with various flavors.

“There’s just a lot of people that love Swig,” Childs said. “I don’t blame them, they have great drinks. But it does cause a bit of a traffic problem for us with people in such a dire need for a soda fix that they back up, down and even around the corner.”

Reminding drivers to keep their minds on the road rather than bubbly sweet beverages, Childs advised all drivers to practice safe driving habits.

“People have got to be safe,” he said. “You’ve got to watch what you’re doing.”

This report is based on preliminary information provided by law enforcement and may not contain the full scope of findings. 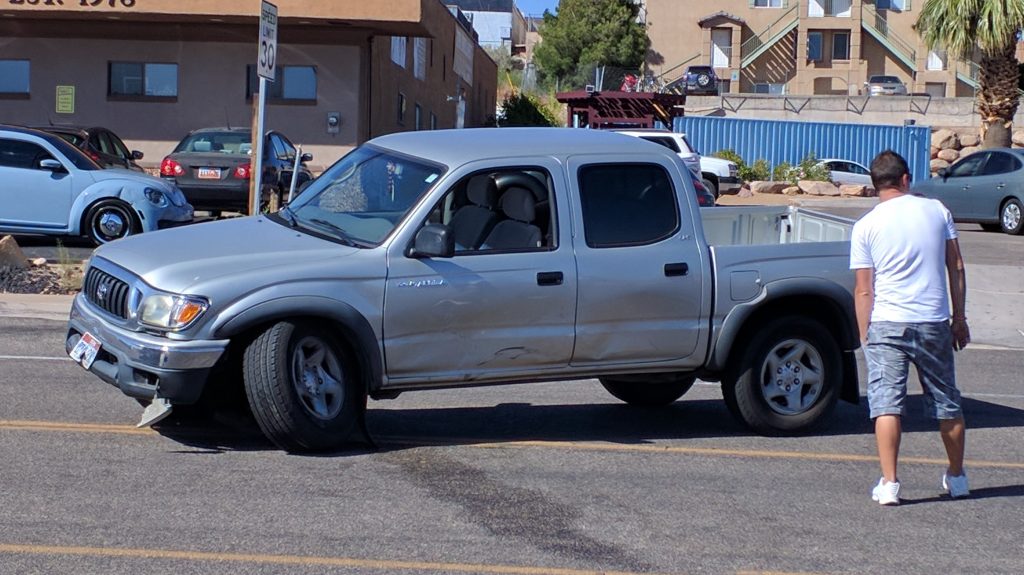 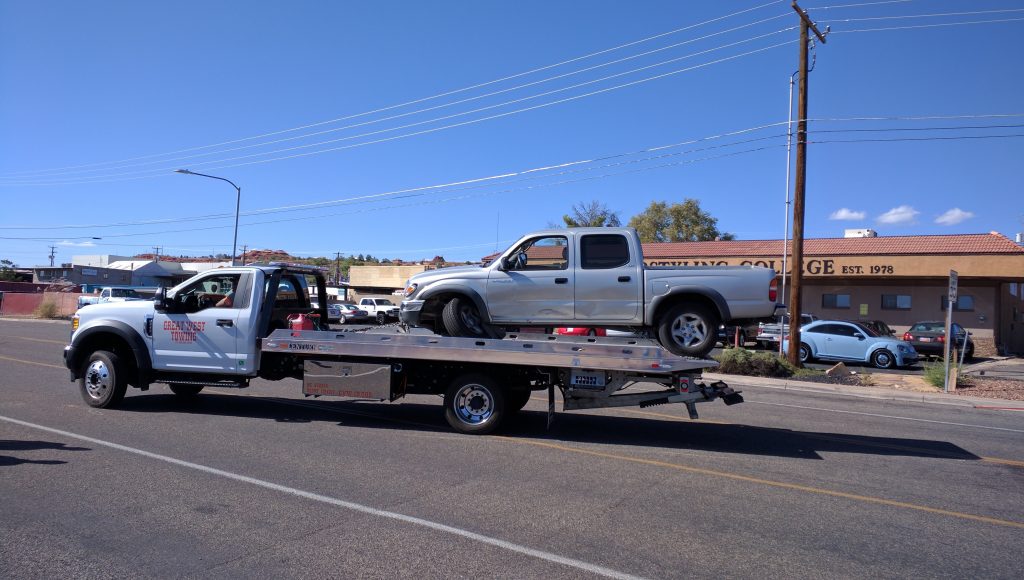 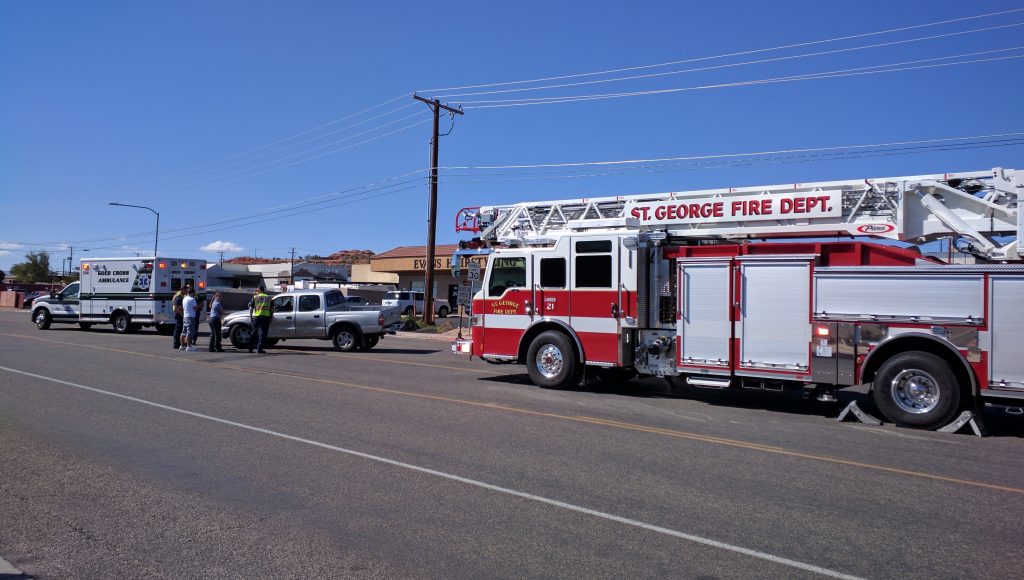 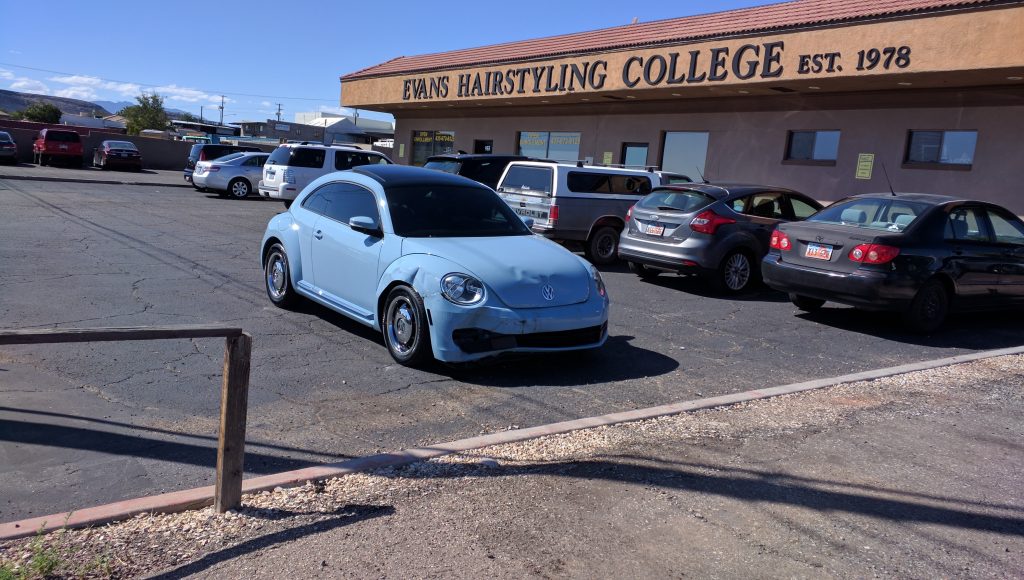 A damaged Volkswagen Beetle is parked at a nearby business after being moved out of the road following a crash on Tabernacle Street in St. George, Utah, Sept. 22, 2017 | Photo by Joseph Witham, St. George News