CEDAR CITY – For the first time in Region 9 play this season, Thursday saw St. George without a girls soccer match. Hurricane, Cedar and Canyon View each hosted a St. George team (Desert Hills had a bye). The standings took another shake-up again. One team regained first place, while another pulled the upset and slid into a tie for second place. Here’s a look:

Freshman Logann Laws scored all four goals for the Lady Reds, leading them to the upset over the Lady Warriors.

“That’s her getting confidence,” Cedar head coach Scott Kamachi said. “That’s just her getting acclimated to the girls she’s playing with. She is very, very athletic. She can get on that ball and just punch it in the back of the net.

“It’s good for her. She’s got all these seniors around her, and there’s the freshman right there. You usually don’t see a freshman come in and be as composed as she is.”

As the game was starting, the infamous Cedar City winds were blowing hard. Wind gusts were estimated to be around 50 miles per hour during the game.

“The wind kind of was sucking it up.” Kamachi said.

“(The wind) is always a factor when you play at Cedar,” Lady Warriors head coach Kenny Kunde said.

Cedar chose to go with the wind in the first half, and it paid off as Laws was able to net her first goal in the 15th minute after her first shot slipped out of the Lady Warriors grips.

The Lady Reds would take the 1-0 lead into halftime.

Then, with the wind against the Lady Reds, Laws put in her second goal during the 58th minute.

Laws would score her third and fourth goals in the 75th and 78th minutes. Laws now has scored nine goals on the year. The last three games she has scored have all been with multiple scores.

“I just followed the ball,” Laws said. “My teammates gave me good crosses, and I just wanted to finish it for them. I’m grateful for my team giving me the opportunities and giving me a chance to play with them.”

The Lady Reds were excited to beat SC, according to Laws.

“Greatest feeling ever.” she said.

The Lady Warriors are still confident they can win the Region 9 title. They will play Dixie, Canyon View and Hurricane to close out the year. All those games will be at Warrior Stadium.

“We lost today. We got outplayed,” Kunde said. “We’ll go regroup at practice tomorrow and we’ll be ready to go for our home games.”

The Lady Warriors (6-3-0) will play Canyon View on Tuesday, looking to get back in the driver’s seat for Region 9.

The Lady Reds (6-3-0) have a bye and will not play until next Thursday at home against Pine View at 4 p.m.

The Flyers took control of Region 9 once again after beating the Falcons on the road.

Kennedy Warnick scored a first-half goal for the Flyers to help them take a 1-0 lead at halftime.

Isabel Erickson scored her first goal of the year in the second half. Kelcee Call also added a goal for the Flyers.

Madelynn Comstock scored the only goal for the Falcons. Her shot came outside the right end of the goalie box. The shot caught the wind perfectly and floated into the back of the net.

The Flyers (6-1-1) will host Hurricane on Tuesday, seeking to increase their lead in Region 9.

The Falcons (1-7-1) will travel to Snow Canyon, hoping to pull off the upset in a rematch of a game they lost in the final 10 minutes at home a month ago.

The Tigers were able to beat the Panthers at home on Thursday, further tightening the race for the region title and the playoffs.

HHS (4-1-3) will travel to Dixie on Tuesday, attempting to steal a game after being forced into a tie only a month ago with the Flyers.

Pine View (0-9-0) will travel to Desert Hills, attempting to cause more tumult in the Region 9 standings. 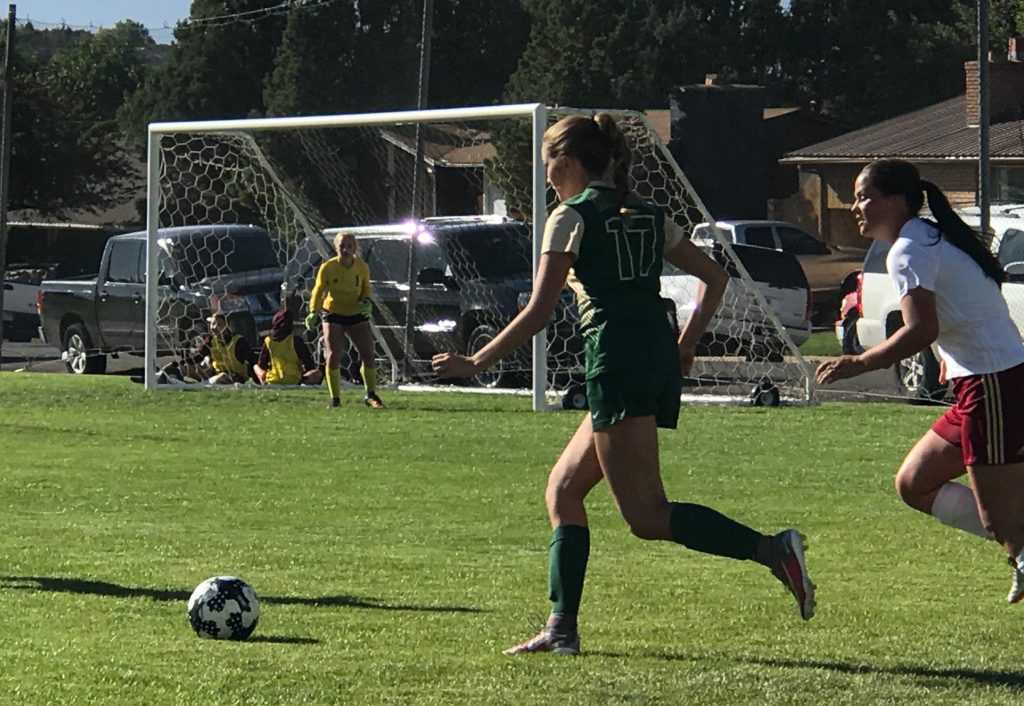 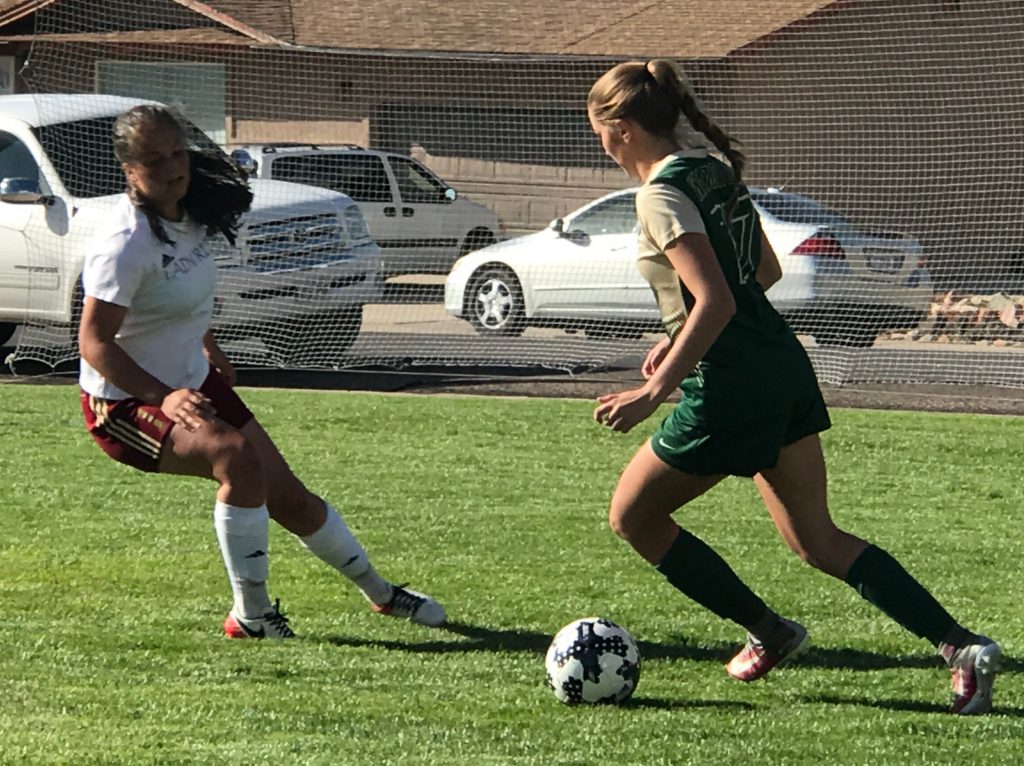 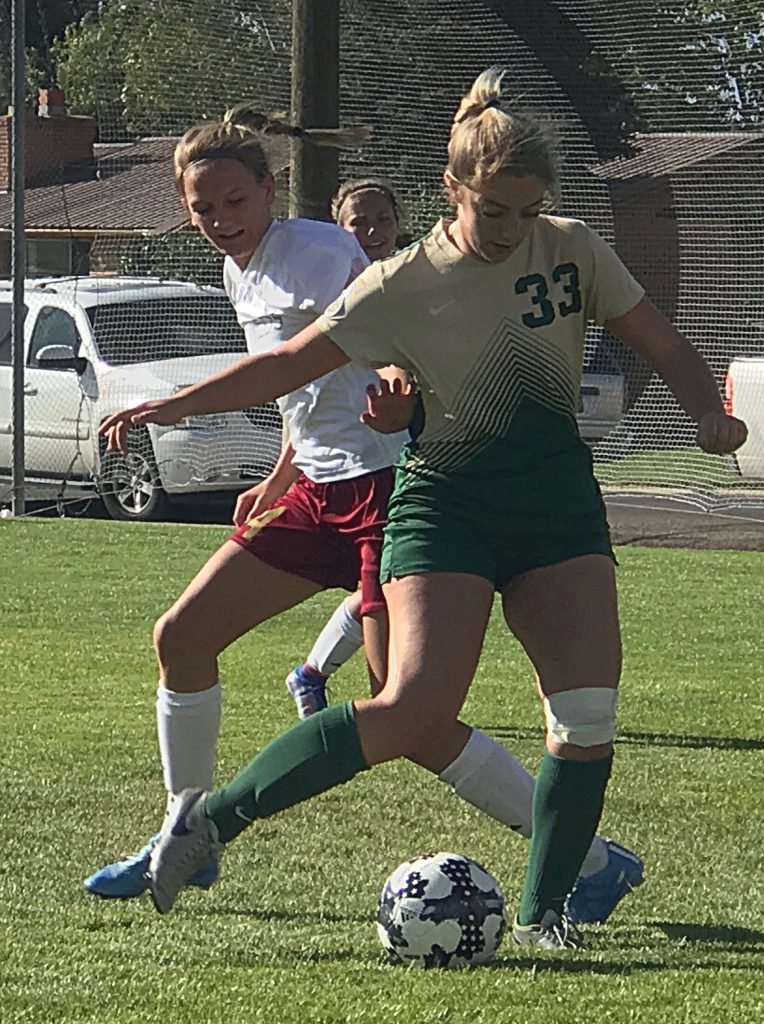 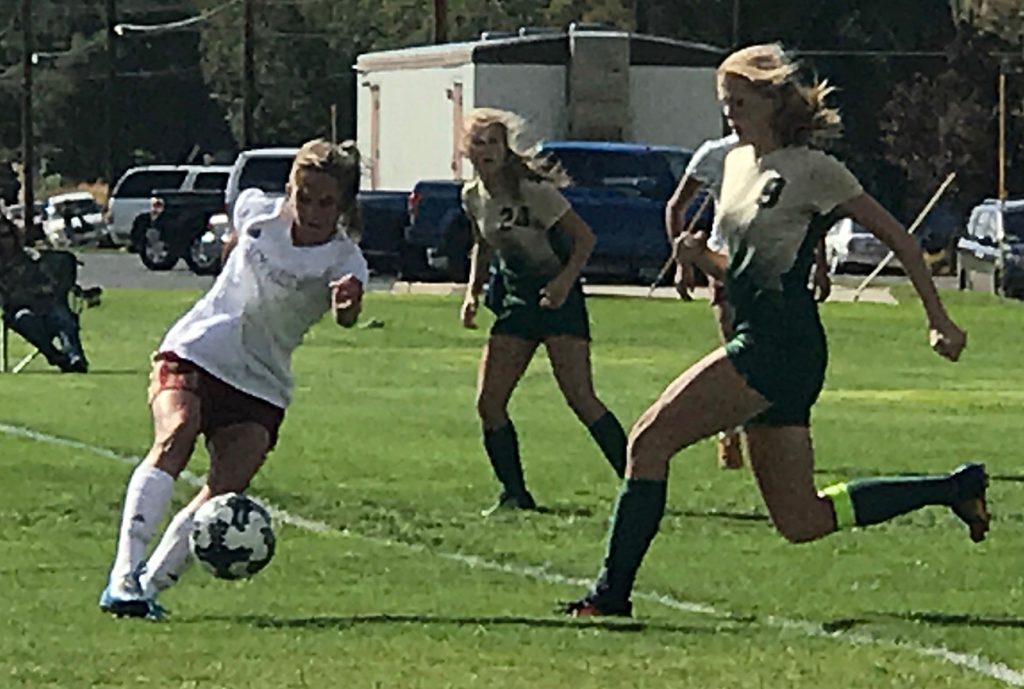 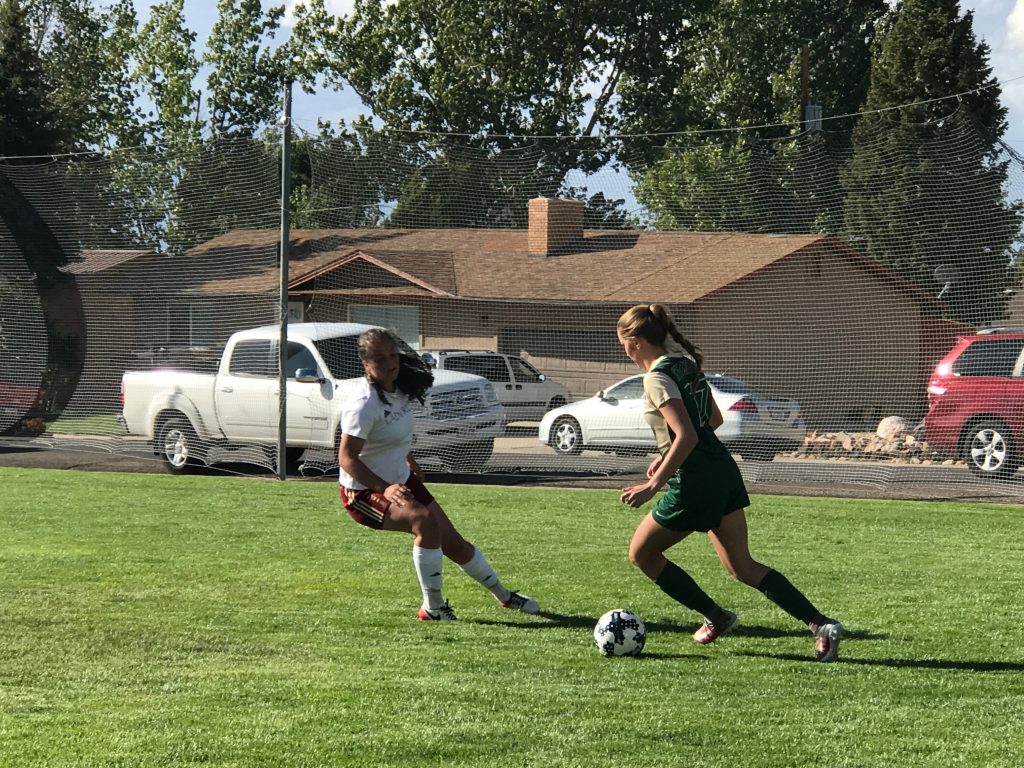 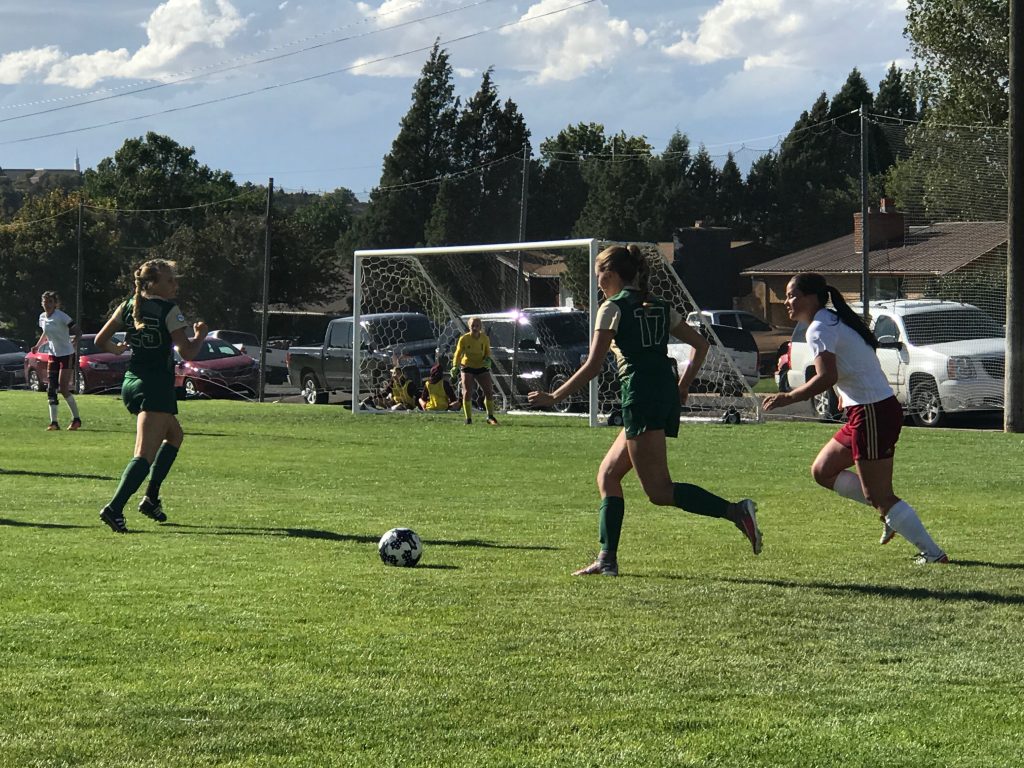 Region 9 soccer: The race is on as Warriors retake 1st with win