IVINS — A two-vehicle crash Thursday morning in Ivins resulted in one car smashing into the retaining wall of a residence and both vehicles being towed from the scene.

Shortly after 8 a.m., officers and emergency personnel were dispatched to a two-vehicle crash on 200 East near the corner of 600 South in Ivins involving a white Jeep Cherokee and a blue Volkswagen Beetle, said Randy Hancey, public information officer for Santa Clara Ivins Police Department.

Upon arrival, officers found the Jeep parked on the right side of the street while the Beetle was a few feet to the north on the sidewalk and smashed into a retaining wall.

Initially the call came in as a crash with injuries; however, once all occupants were checked by EMTs, no injuries were ultimately reported.

The retaining wall that was crashed into will possibly need to be repaired or replaced, Hancey said.

Officers were still conducting the investigation into how the crash occurred as of the writing of this report, Hancey said, so any further information was not available.

Both vehicles were later towed from the scene, and citations are still pending at this time. 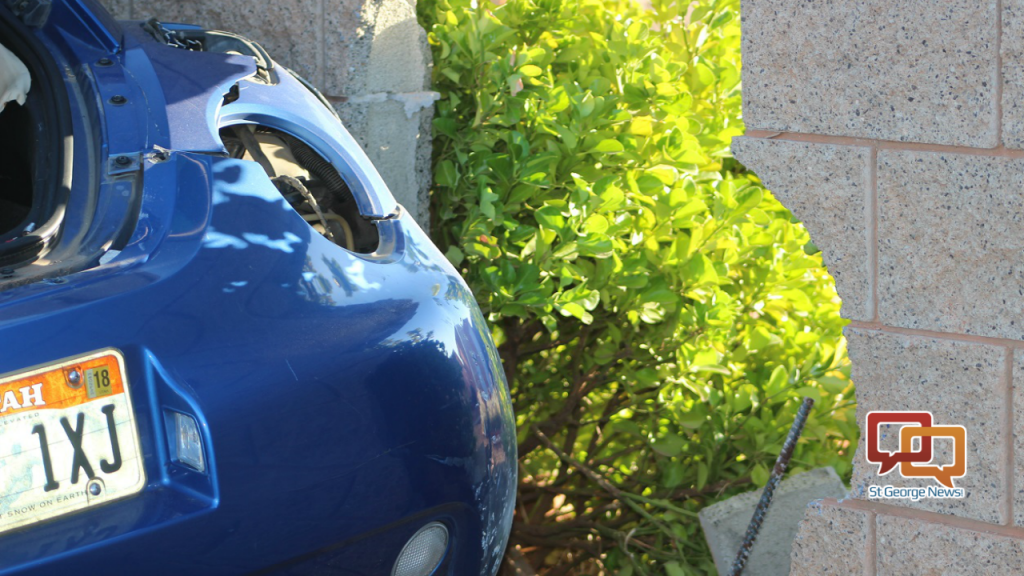 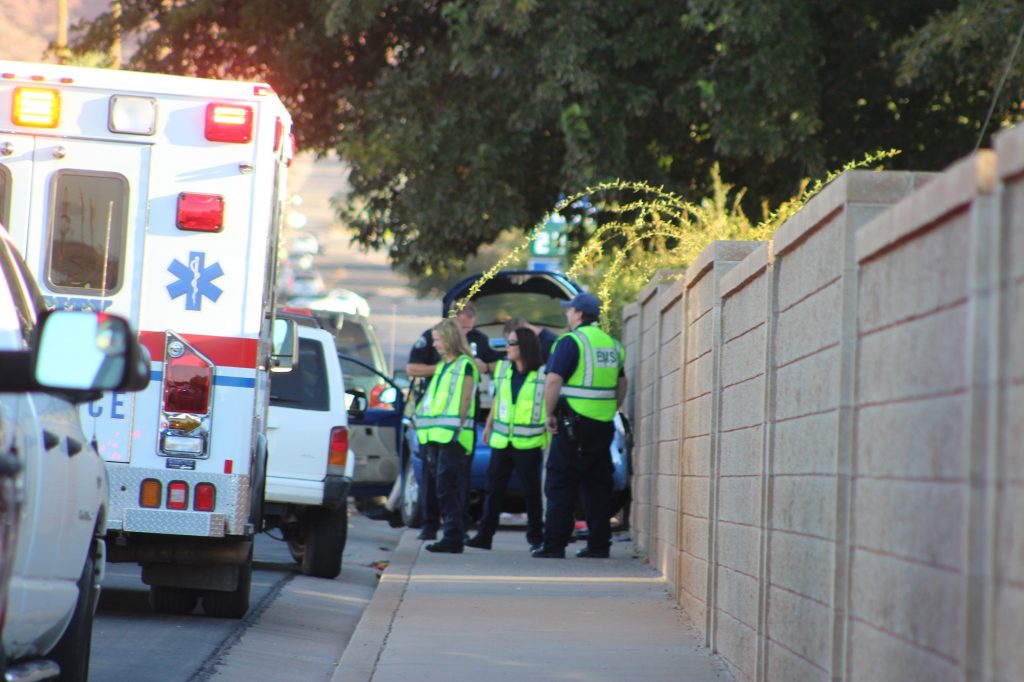 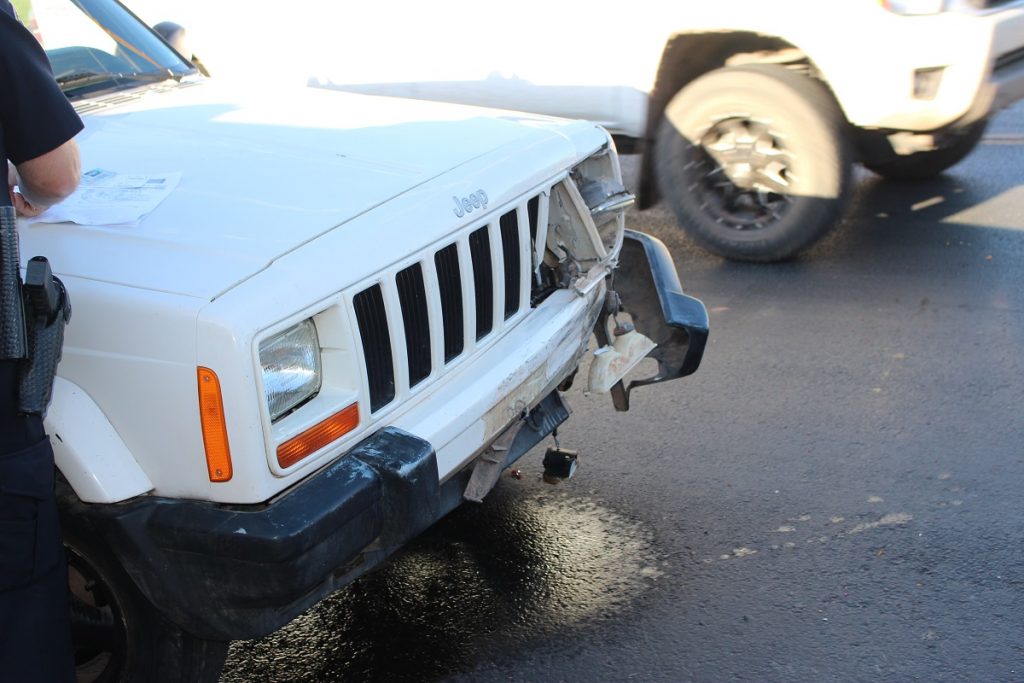 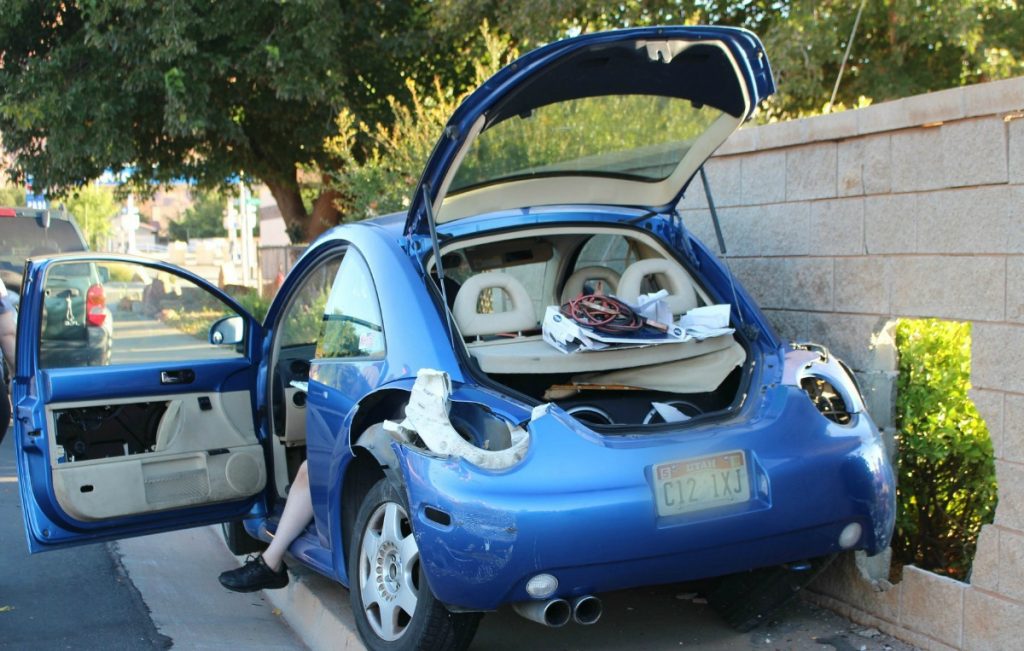