A portable fire extinguisher had already been used to suppress much of the flames, after which responding firefighters used water hoses to put out the rest of the fire, Imlay said.

The driver was able to exit the vehicle safely, and there were no injuries, Imlay said.

The cause of the fire has yet to be determined, Imlay said, adding that the extent of the damage to the vehicle is also not yet known.

The St. George Police Department also responded to the scene. 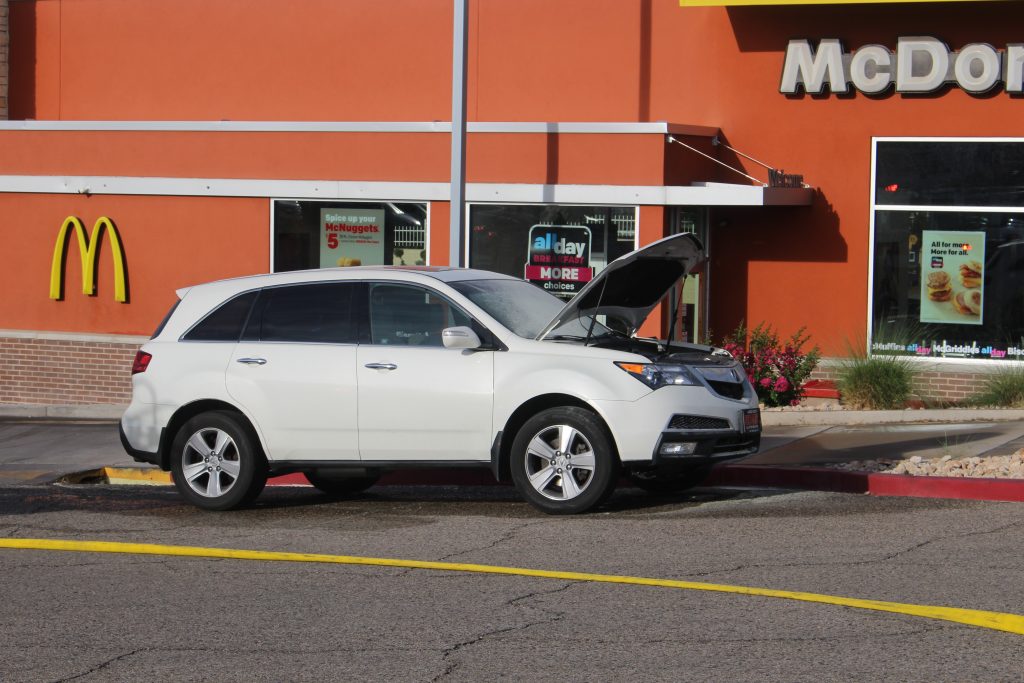 A damaged Acura is parked on 800 East near St. George Boulevard after firefighters responded to a small vehicle fire in St. George, Utah. No injuries were reported. Tuesday, Sept. 19, 2017 | Photo by Jeff Richards, St. George News 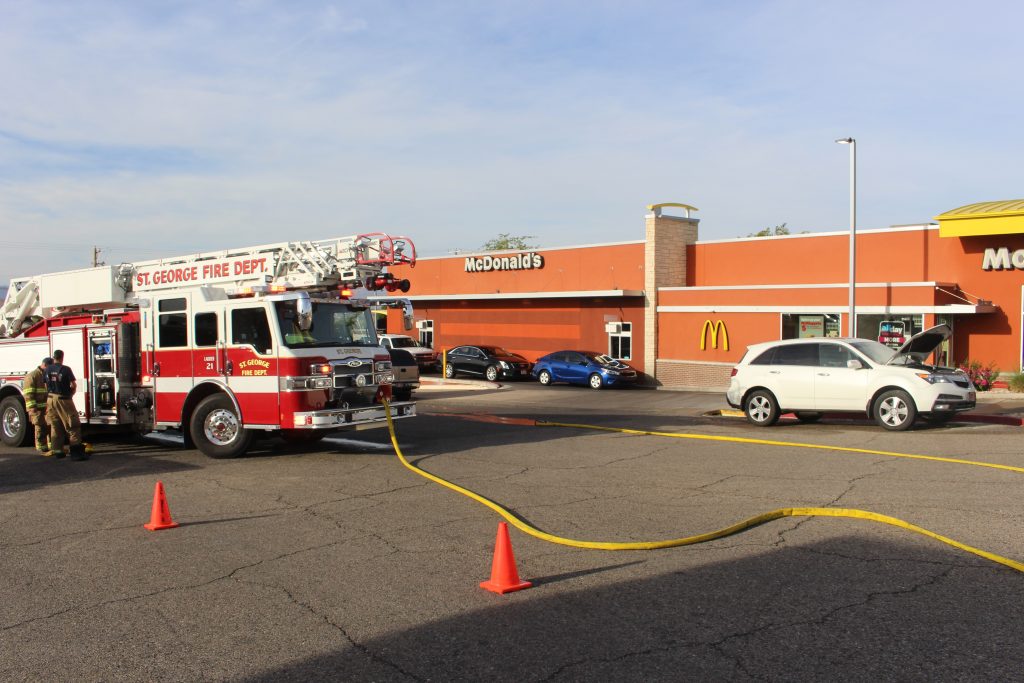 Ask a Local Expert: How does financing a 2nd home work?