Over the past several weeks, the pantry has received between 500 and 600 personal hygiene kits containing more than $10,000 worth of products. The kits were created and assembled by dozens of volunteers from the Zion Canyon Lions Club, the Zion Canyon Rotary Club and the Springdale Ward of The Church of Jesus Christ of Latter-day Saints.

“It helps them be able to present themselves in a nice fashion,” Cameron said, noting that the kits will be particularly useful to the pantry’s homeless clients.

Of the more than 1,100 individuals served by the pantry during the past year, 234 were homeless, Cameron said.

Each hygiene bag weighs between 5 and 7 pounds and contains several days’ worth of hygiene items, including soap, shampoo, toothpaste, shaving cream, razors, lotion, washcloths and other toiletry items.

“There are more than several instances where recipients have had tears of gratitude in their eyes for simple things like toothpaste and deodorant,” wrote Clint Cottam, director of community action for the Five County Association of Governments, in his recent thank-you letters to the organizations involved in the project.

“Staff and volunteers were astonished at the quality of the kits, which are much more extensive than we generally see,” Cottam added.

“Having this amount of donations is huge in helping families,” Cottam told St. George News, adding that the value of donations given is nearly the amount of the pantry’s yearly operations budget.

According to figures supplied by the Five County Association of Governments, the Hurricane Valley Food Pantry served 439 households during the fiscal year that ended June 30, 2017. The pantry also distributed nearly 1,800 boxes of food to needy families throughout the year.

In addition to providing hygiene kits to those in need, the pantry also has other non-food items available, including racks of free used clothing items.

Cameron has been director of the Hurricane Valley Food Pantry for more than a decade, dating back to when it was known as Hurricane Care & Share. That program was adjunct of Dixie Care & Share, which ceased operations in late 2015 when it merged with the Switchpoint Community Resource Center in St. George.

Shortly thereafter, the Five County Association of Governments’ Community Action Department, following discussions with officials from several other agencies and programs, assumed direct operation of the Hurricane pantry, officially taking over in January 2016 while keeping unchanged the facility’s staff and location. After a year-long transition period, the pantry changed its sign to reflect its new name in January 2017.

Cottam said the Hurricane Valley Food Pantry has consistently filled a vital role in helping families within the community.

“The purpose of community food pantries is to help meet the emergency food needs of households, for personal emergencies such as job loss, living on fixed incomes, unexpected expenses such as car repairs, change in household status, and change in housing, and to help stretch family budgets and community disaster preparation and response,” he said.

Cameron said the three main ways that community members can continue to help the pantry are by donating products, money and time.

In addition to the hygiene kit items, some other items that are much-needed on an ongoing basis include diapers, peanut butter, pet food and paper products like toilet paper and napkins, Cameron said.

“People can also donate nonperishable food storage that is slightly out of date,” she said, noting that members of the public are welcome to drop off donations during the pantry’s regular operating hours.

Monetary donations are also greatly appreciated, and people can donate directly to the Utah Food Bank via its website. The Utah Food Bank supplies more than 90 percent of the food disbursed by the Hurricane Valley Food Pantry, with the rest coming via local donations.

“They (the Utah Food Bank) have the ability to make every $1 donation purchase over $7 worth of food due to their purchasing power,” Cottam said, noting that the Utah Food Bank works directly with the U.S. Department of Agriculture, in addition to wholesale and retail grocery outlets, to obtain food items in bulk.

According to the organization’s website, the Utah Food Bank’s Southern Distribution Center in St. George distributed more than 4.7 million pounds of food last year, or the equivalent of 3.9 million meals.

“If this your preferred way to donate, it still greatly benefits the families served at the Hurricane Valley Food Pantry,” Cottam said. Monetary donations, which are tax-deductible, may also be brought directly to the Hurricane pantry during its hours of operation.

Last but not least, volunteer hours are also a crucial key to the pantry’s success.

“Time is the most important thing, because food banks and pantries can’t run without volunteers,” Cameron added as she mentioned the names of her regular staff of volunteer helpers, including Tim, Randi, Jason, Paul, Viki and Susan. A total of 54 different volunteers helped out at the Hurricane pantry last year, donating nearly 2,400 hours of time, she said.

“We are so thankful for the volunteers for their time, expertise, and donations over this transition period,” agreed Cottam. “It would not have been possible to keep the pantry in operation without them.”

Cottam said the Five County AOG is currently trying to form a community council to help guide the pantry’s operations. Those interested in participating in this advisory group are invited to contact Cottam at [email protected]. 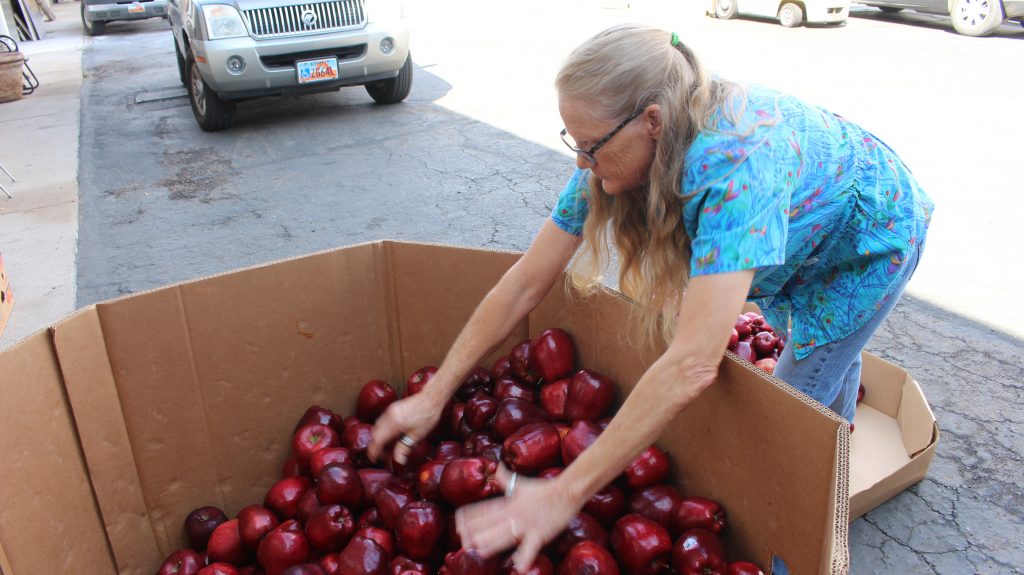 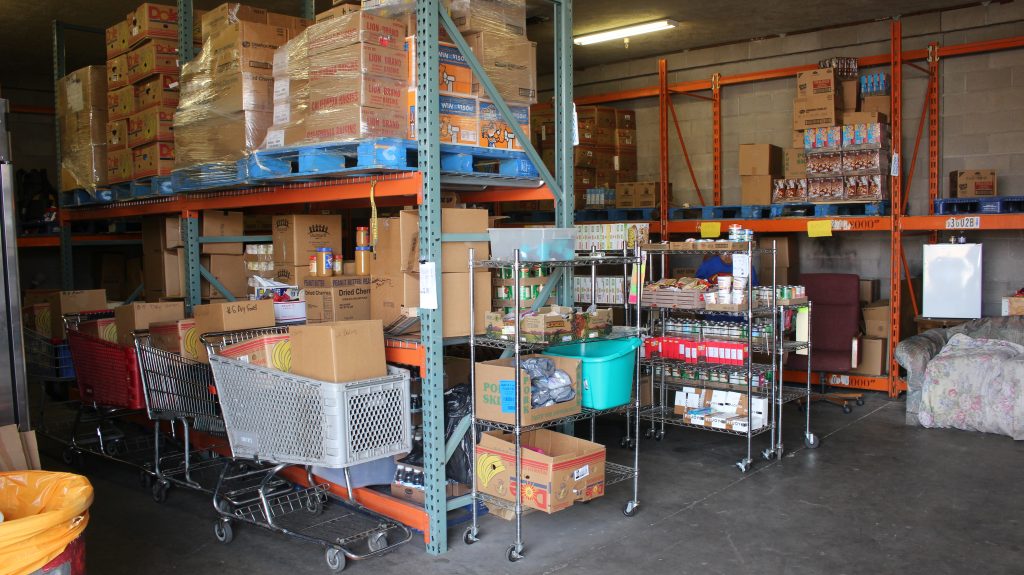 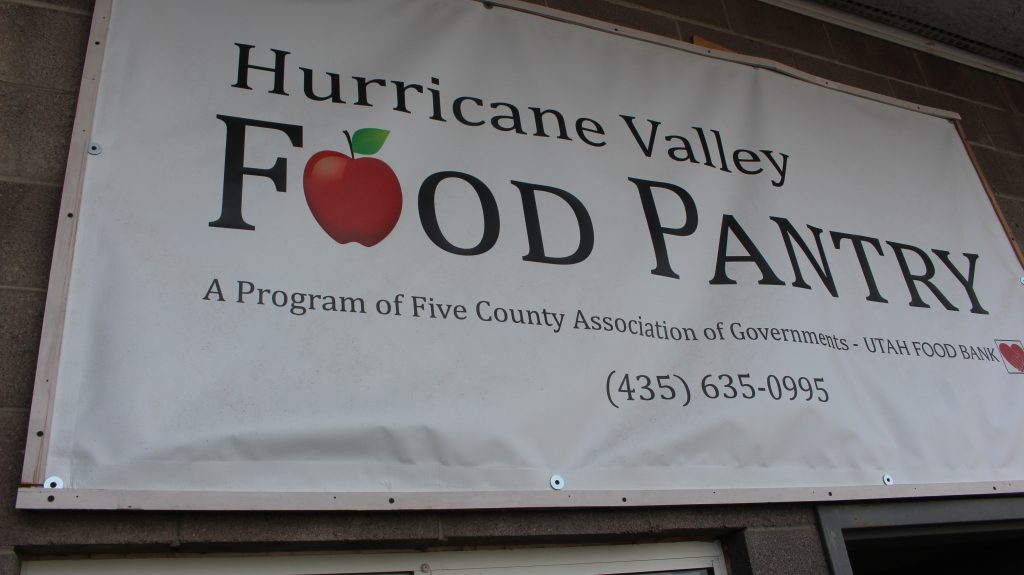 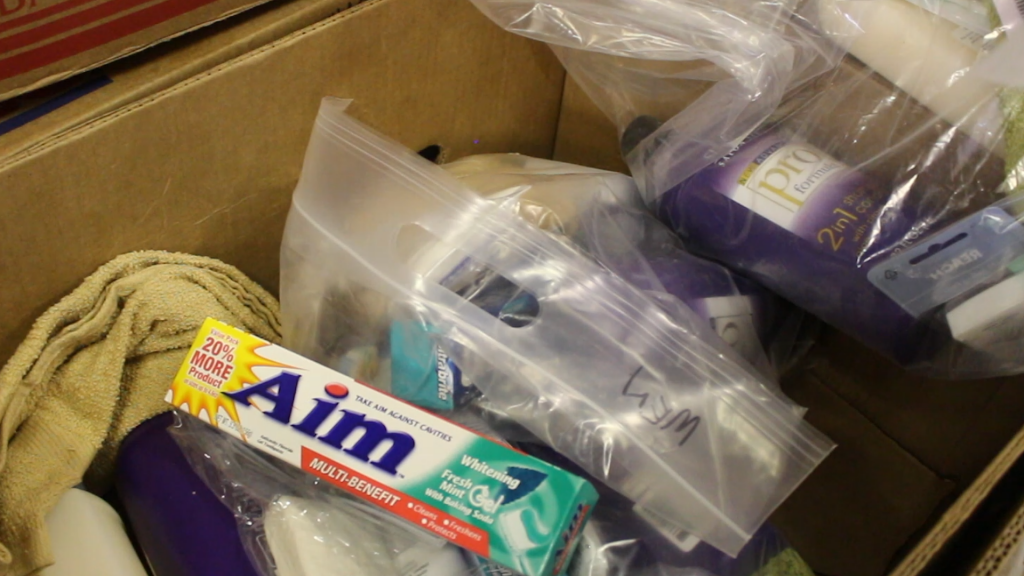 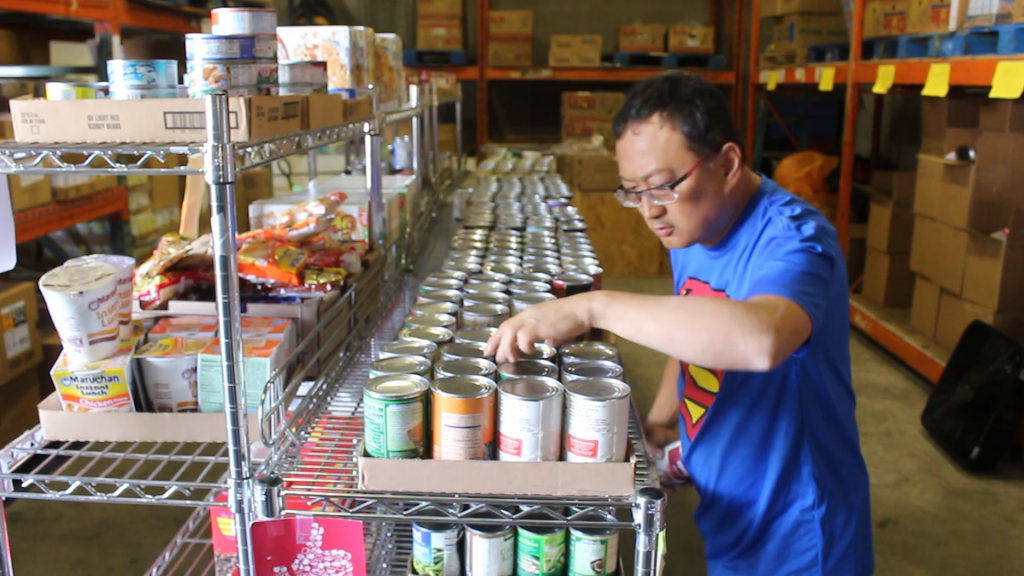 New food pantry opens at Switchpoint; more help for those in need