IVINS — On Sept. 11, 2001, Sal Giunta was a 17-year-old junior in high school sitting in his chemistry class when the class was interrupted with the news that a plane had crashed into one of the towers of the World Trade Center in New York City. After that moment, Giunta’s class turned on the television and watched with the rest of the world as the events of that fateful day unfolded.

What began as what many thought was a tragic accident quickly revealed itself to be an act of terror on a day that would be remembered both for its devastation as well as the heroism that arose from it.

September 11th is now commemorated as Patriot Day and is set aside as a way to remember the 2,977  lives that were lost during the attacks and to honor the heroes who sprang into action and gave of themselves to serve others.

For Giunta, it was a day that set his life on a course that led him to join the United States Army, serve two tours in Afghanistan and earn the Congressional Medal of Honor – the highest award for valor in action against an enemy force that can be bestowed upon an individual serving in the armed forces of the United States.

Giunta, the first living recipient of the Congressional Medal of Honor since the Vietnam War, spoke to a full house at the Southern Utah Veterans Home in Ivins Monday afternoon, bringing the residents and veterans in attendance a message of gratitude to those who served before him and for those who served with him.

A member of the 2nd Battalion, 503rd Infantry Regiment, 173rd Airborne Brigade Combat Team, Giunta received the Medal of Honor for his acts of bravery and heroism in combat in Afghanistan on Oct. 25, 2007.

“There was 18 of us on a mountain in the Korengal Valley, Afghanistan, and we were hit in a near ambush,” Giunta said of the event. “Ultimately, the book says you charge the ambush line, you shoot them, they shoot you, last man standing declares he’s on the winning team. We all knew the scenario, we all knew the boxes that needed to be checked, we knew there was more things to do than we had people to do them and so we all just did the most we could with what we had.”

The most Giunta had was to continue charging forward despite accounts of the event that said it felt like there were more bullets in the air than stars in the sky. When Giunta came to a location where a member of his brigade, Sgt. Joshua Brennan was supposed to be, but wasn’t, he noticed two Afghans dragging Brennan.

Giunta charged toward them, killing one and wounding the other ,who fled. He carried Brennan back toward the brigade and called a medic. Brennan was grievously injured and eventually died in surgery but not before Giunta saved him from being lost in enemy territory.

Another member of the brigade, the squad’s medic, Specialist Hugo Mendoza was struck in the femoral artery and died on the mountain.

Brennan’s mother, Janice Sue Page, was at the Patriot Day event at the veterans home and praised Giunta and his family.

“I am grateful to Sal’s family for raising such a fine, upstanding man.” Page said. “I’m certain that one of the greatest treasures in my son’s life was having Sal as one of his best friends and spending those last days of his life with the men he truly cherished.”

Despite his heroism, Giunta remains humble about his accomplishments.

“If I could ever be anything, it would be to be considered an average soldier,” Giunta said to the audience.

Giunta said that he considered his Medal of Honor to belong to members of the entire brigade for their sacrifices and especially to Brennan and Mendoza who made the ultimate sacrifice.

“I’m here today because of sacrifices of the other 17 guys,” Giunta said. “Two gentlemen did not walk off that mountain … they sacrificed so we could have this life we have today. I know the cost that every day comes with because I know the men that paid that price.”

Giunta praised the veterans in attendance Monday for their service and sacrifices.

“You are the footsteps in the sand and in the jungles that we follow,” Giunta said, adding that it was the veterans who came before him that set the standard and helped make America what it is today.

“This country didn’t make itself, we the people made this country the greatest country in the world and to be here on this day is something pretty powerful,” Giunta said. 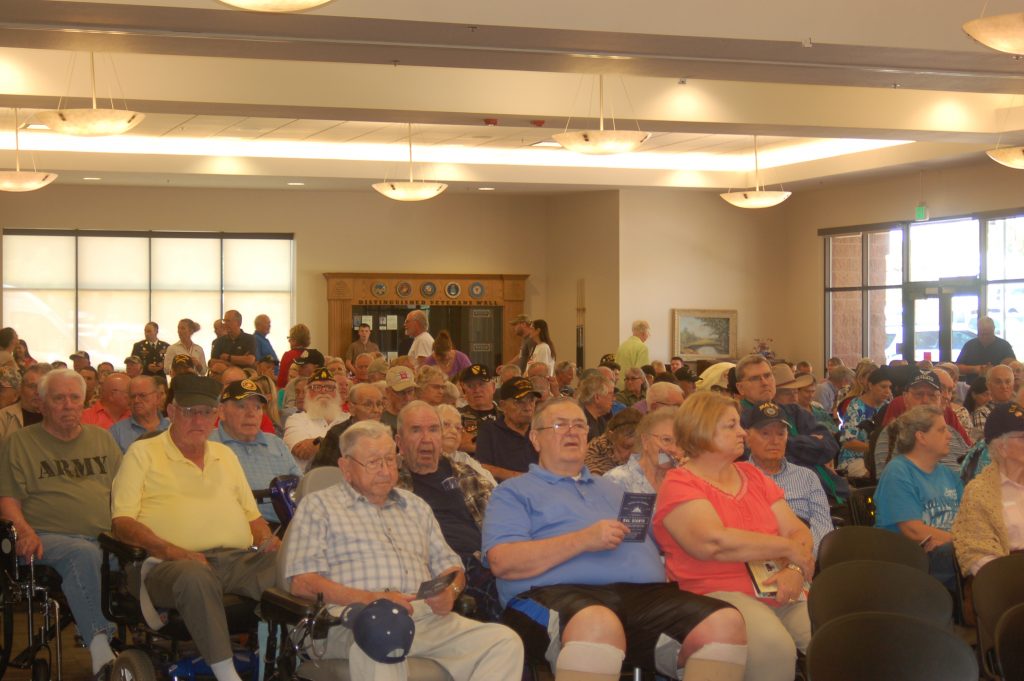 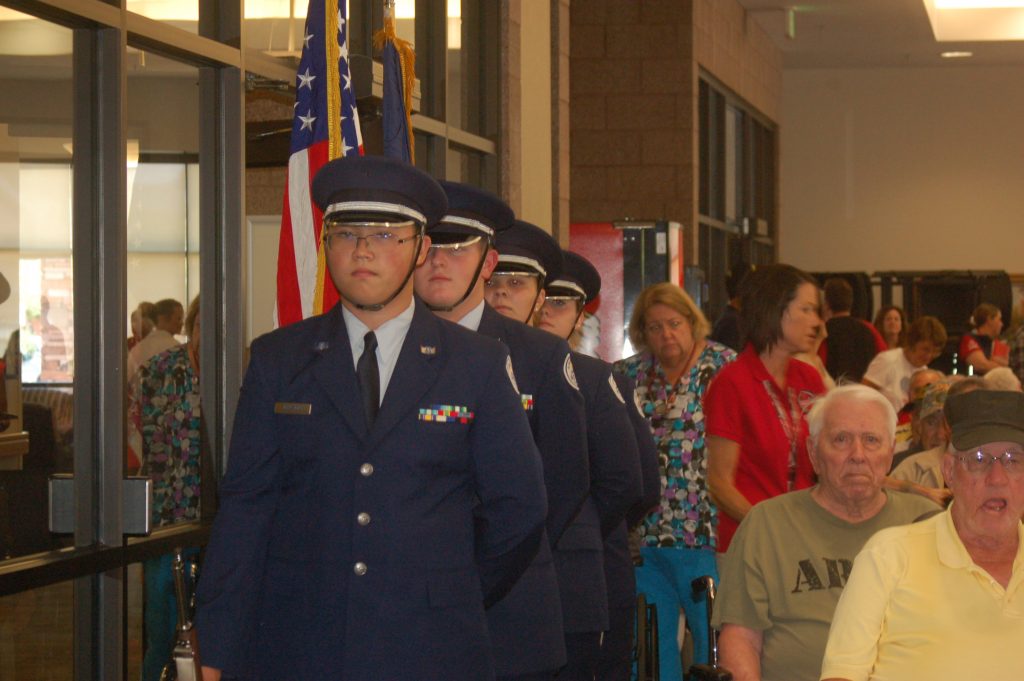 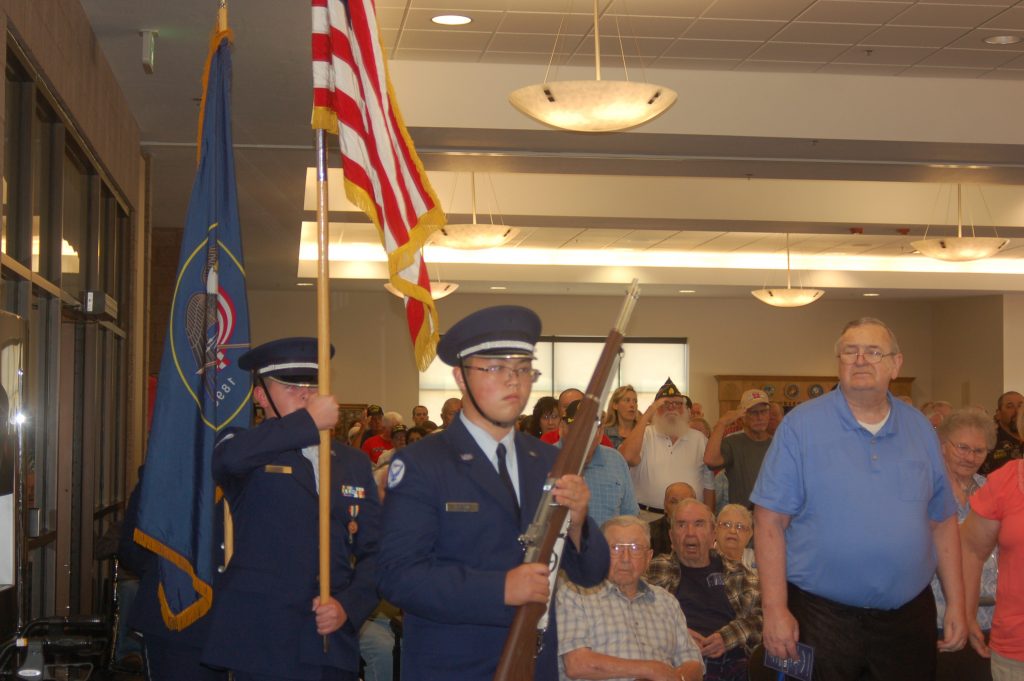 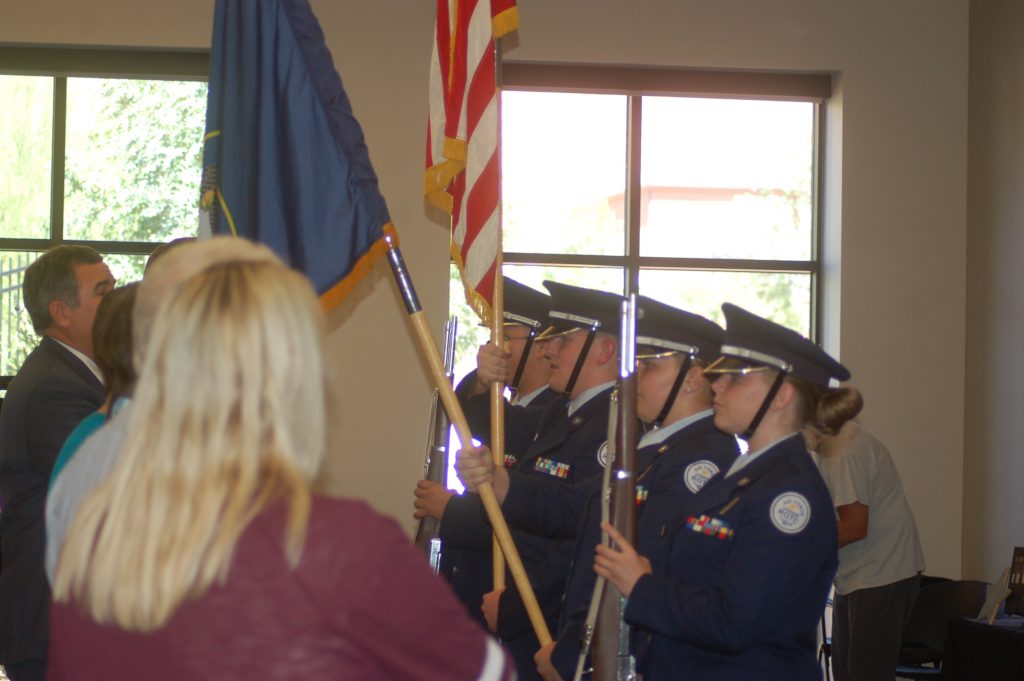 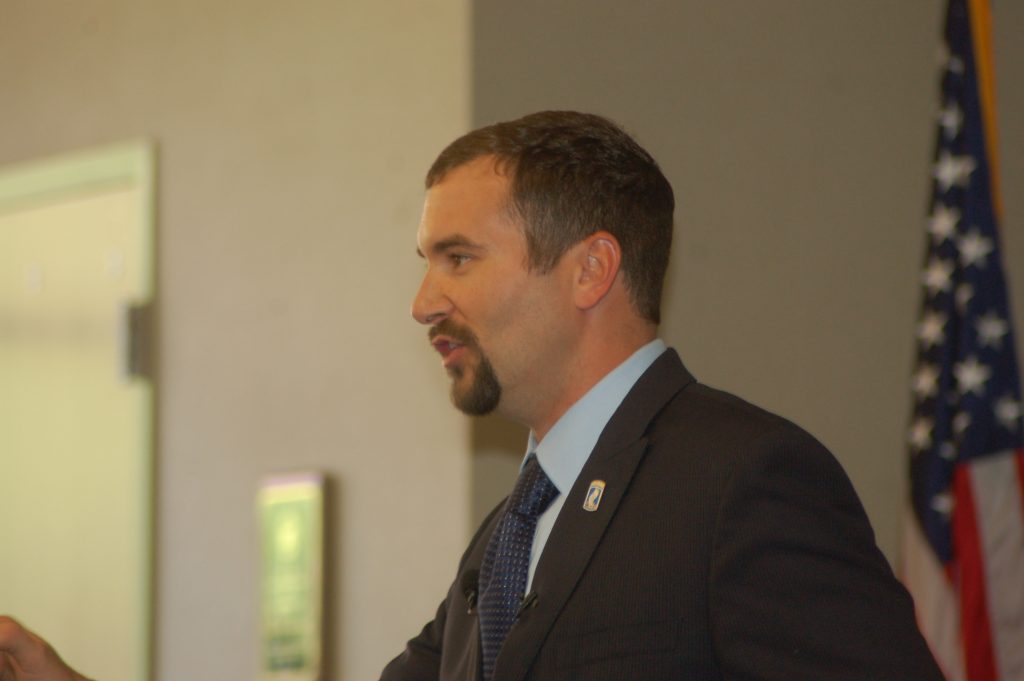 Here & there: Wonder womaning through the hard stuff