ST. GEORGE — For renowned artist Ron Larson, getting to the locations he wants to paint is always an adventure. Whether he is waiting in the snow for the first light of dawn or painting from a boat to capture the perfect cliff, Ron Larson has done it all. Now he will be sharing the stories of his artistic adventures during the “St. George Art Museum’s Third Thursday Art Conversation” Sept. 21 at 7 p.m.

Ron Larson’s solo exhibit, “Vistas and Visions of the Colorado Plateau,” is on display at the St. George Art Museum until Dec. 18.

The exhibit has already been displayed in Page, Arizona, and Salt Lake City. It contains paintings of iconic scenes from Lake Powell, Monument Valley, the Grand Canyon, Canyonlands, Capitol Reef, Arches and Rainbow Bridge. It also includes paintings from the lesser known but equally stunning parts of the Colorado Plateau.

“I paint all over the West, and some places are really remote,” Ron Larson said. “My most recent project is the ‘Vistas and Visions of the Colorado Plateau’ exhibit, and because this area is so huge, this project actually became an artistic odyssey. I have logged thousands of miles in hiking, boating, kayaking and climbing to get to the places I want to paint. I like painting the iconic locations, of course – but I really like finding the hidden treasures that are a little tricky to get to.”

Ron Larson’s wife, Miken Larson, said that what few people realize is that it takes a lot to set up and get what is needed for a fine art painting. For his studio work, Ron Larson takes all his own photographs, but first he has to get to the scene he wants to paint and then wait in place, often for hours, and sometimes for days.

The patience required to capture the right image is challenging, Miken Larson said, but it is also something her husband believes is absolutely worth it.

Ron Larson’s painting “Morning Light on the Rim” is a prime example of his dedication to his craft.

“At an isolated spot at the Grand Canyon, Ron wanted to portray the warmth of the sun’s first morning rays as they hit the snow-blanketed canyon ridge,” Miken Larson said of the painting. “Even before the months of actual painting began, the price of photographing (that) view was days of hiking and hours of waiting in the pre-dawn cold, 8,500 feet up, with a bitter wind whipping across the canyon. Ron was mostly frozen by the time the light and shadows were just right, but once they were, he took dozens of pictures, hoping to first capture on film what he would later try to capture on canvas.”

When “Vistas and Visions of the Colorado Plateau” was first commissioned in 2013, Ron Larson wanted to create an exhibit that would show the art of the Colorado Plateau, an area that is spellbinding because it’s so unusual in its geology. It is a geographical feature in the American Southwest, centered in four states, from the edge of the Rocky Mountains in Utah down to the Grand Canyon in Arizona, over to the Aztec Ruins in New Mexico and back up through Mesa Verde to the Black Canyon of the Gunnison in Colorado – and everything in between.

And what is in between? Over 60 national parks, monuments, wilderness areas and state parks – the largest concentration to be found anywhere in the world.

The Colorado Plateau’s panoramas are unique because the powerful forces which created the earth’s geology worked differently there. Picture a primeval landscape with rising and lowering seas, encroaching glaciers and seismic and volcanic violence twisting and pulling the North American continent in every direction. Yet because the earth’s crust is thicker, the landmass rose intact as a massive plateau and the rivers, including the mighty Colorado, responded by cutting ever deeper channels, exposing the ancient bedrock. Arches, arroyos, canyons, cliffs, natural bridges, fins, pinnacles, hoodoos and monoliths – wind, water and time have produced an area that is truly awe-inspiring – majestic in in its grandeur and stark in its extremes.

Growing up within the boundaries of the Colorado Plateau, Ron Larson has spent decades coming to know its moods and mysteries. Traveling through it and experiencing its many layers always evokes a sense of wonder. And it takes an artist with a true sense of adventure to capture it all … on canvas. 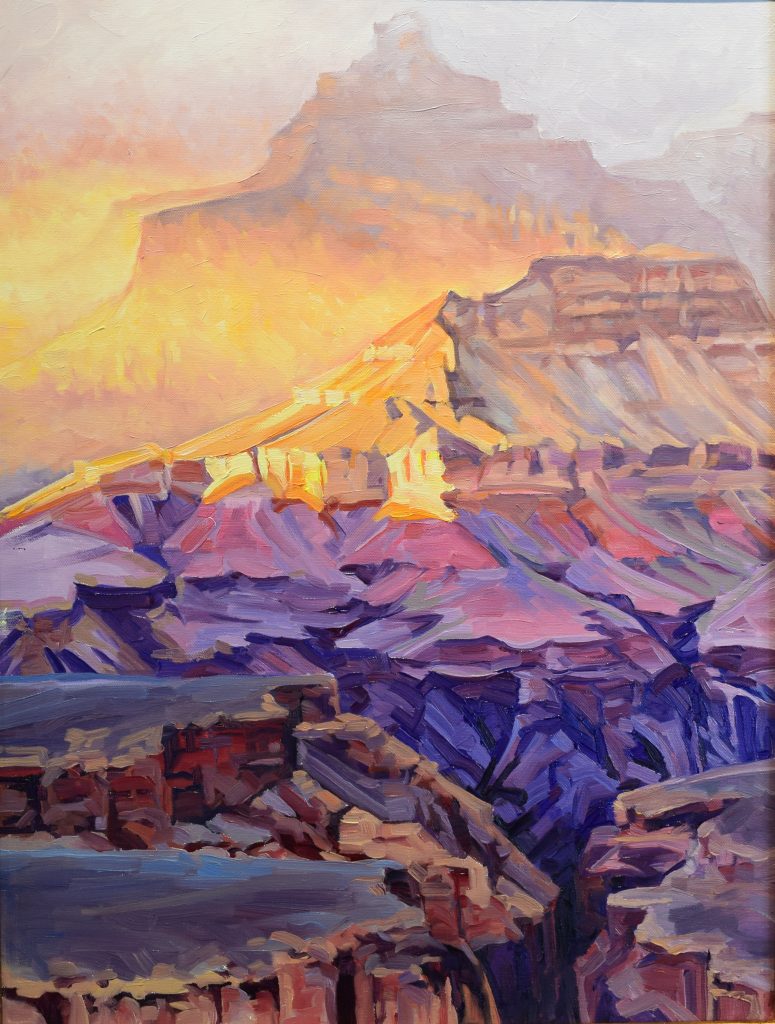 A painting by artist Ron Larson is showcased as part of the "Vistas and Visions of the Colorado Plateau" exhibit on display at the St. George Art Museum, St. George, Utah, date not specified | Image courtesy of Ron Larson Fine Art, St. George News 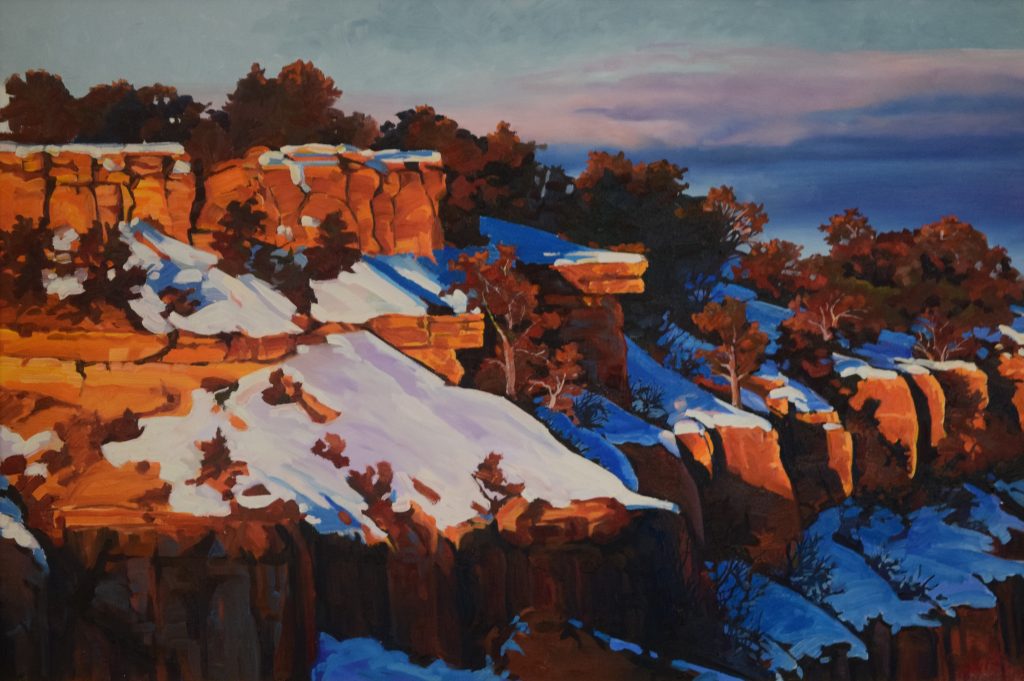 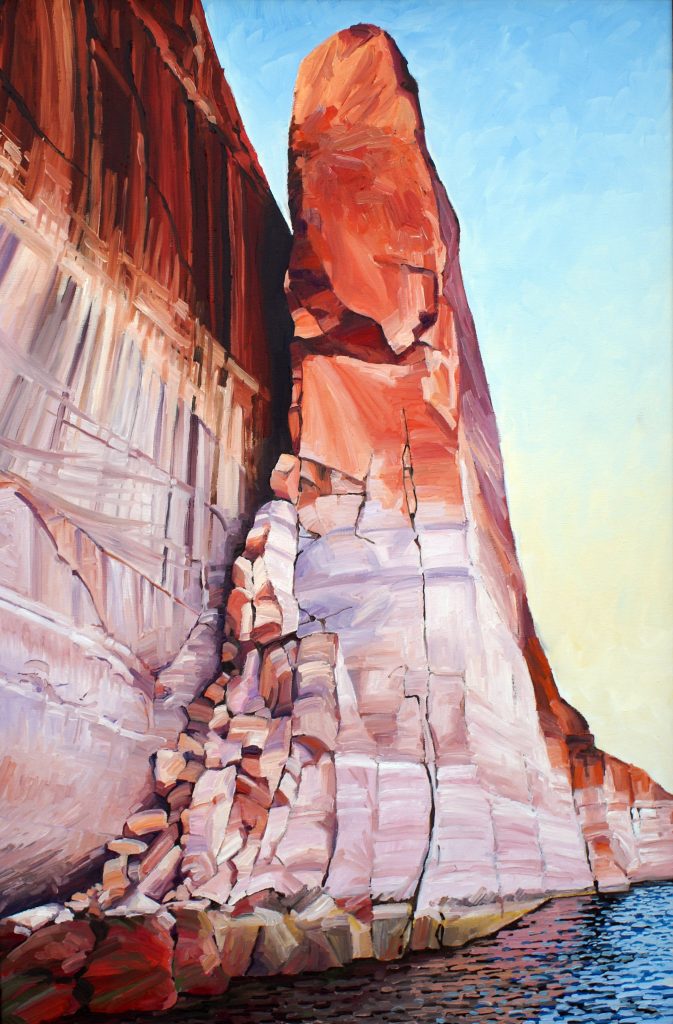 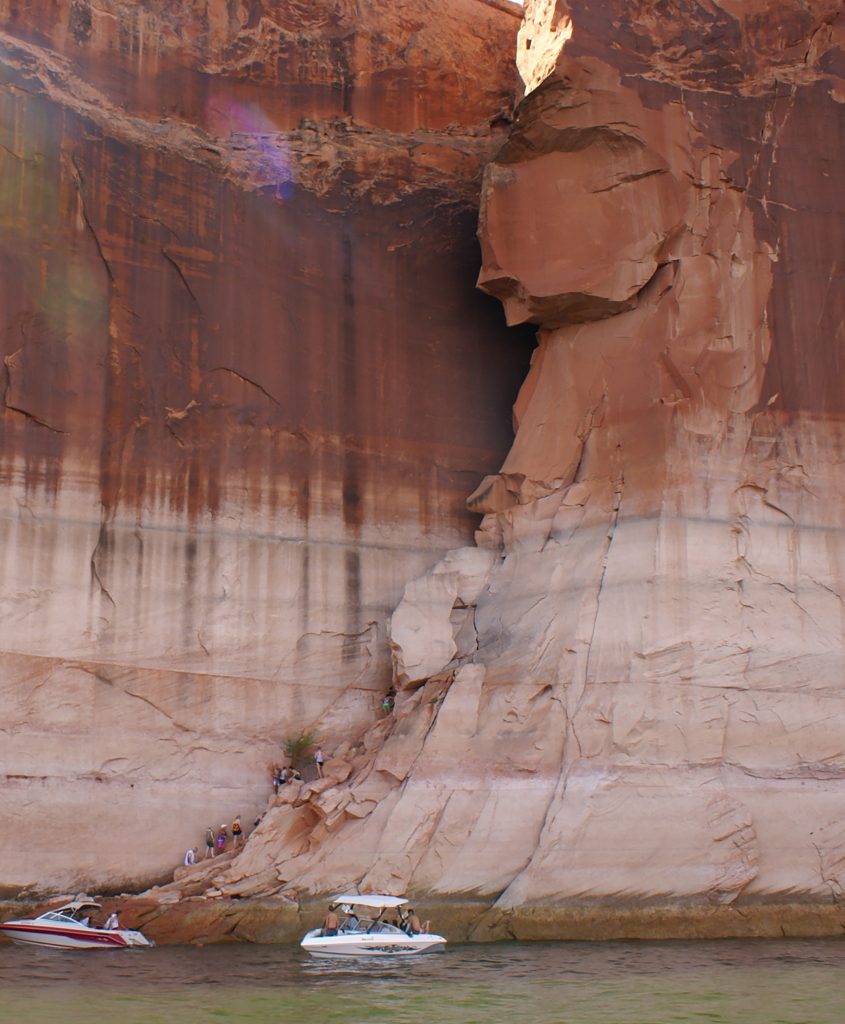 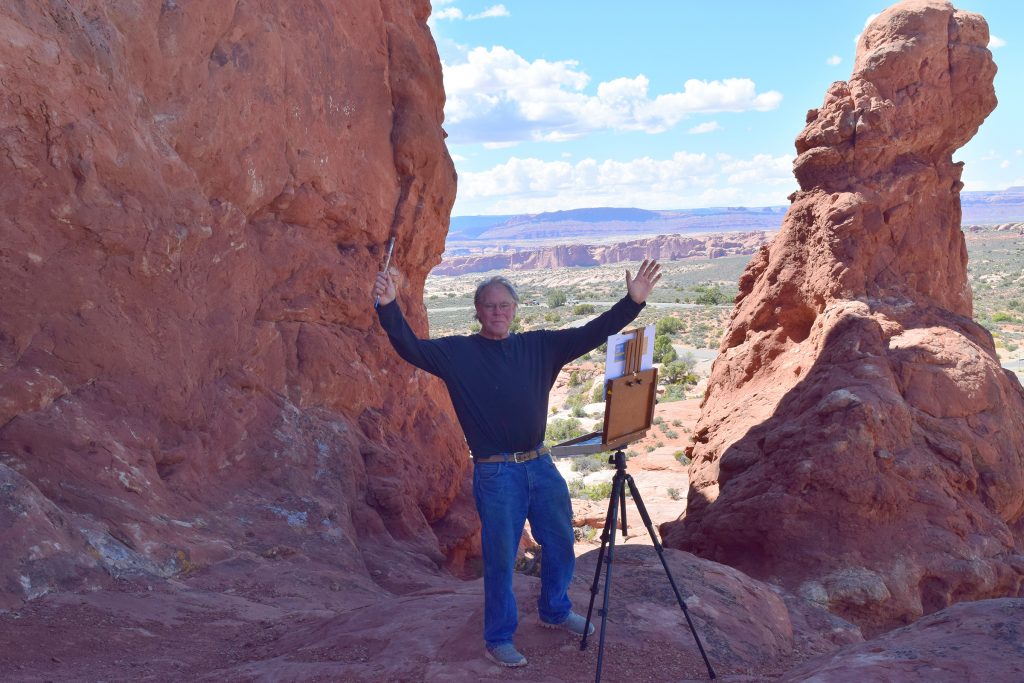 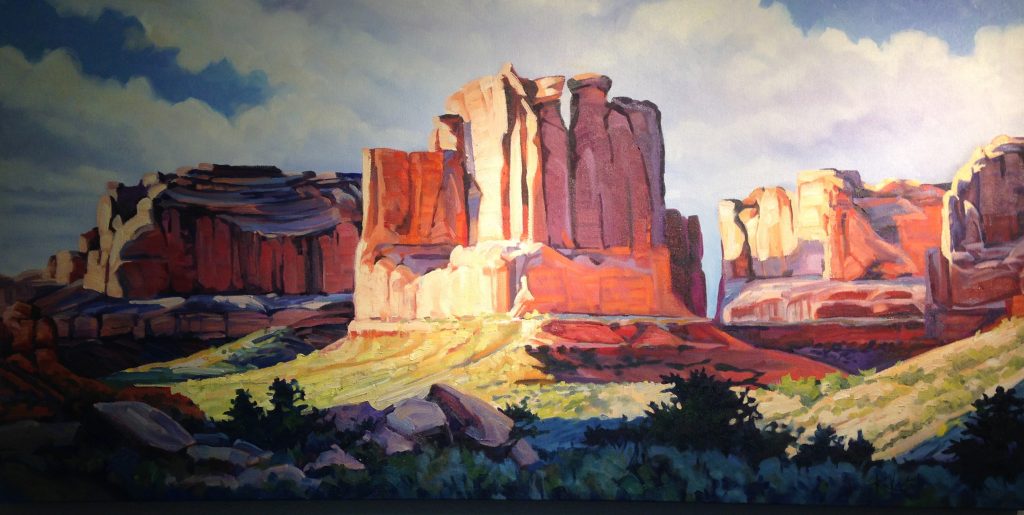 Horsing around with art: Carousel gets spring spruce up in advance of art festival