ST. GEORGE — Two drivers were injured in a two-vehicle crash on River Road Friday that brought two ambulances and numerous officers and emergency personnel to the chaotic scene.

Shortly before 11 a.m. officers and emergency personnel responded to the intersection of Brigham Road and South River Road that involved a maroon 1990 Dodge Caravan and a white 2016 Jeep Grand Cherokee.

Officers found the vehicles sitting side-by-side facing west in the middle of the intersection, with traffic backing up in all directions as two Gold Cross Ambulances arrived on scene and began checking for injuries.

Multiple officers also responded to divert traffic as firefighters and EMTs cleared debris and tended to the injured.

The investigation into the crash revealed that the Dodge was headed north on River Road and, after approaching the intersection, the driver merged into the left-turn lane to head west on Brigham Road.

Meanwhile, the Jeep was heading south on River Road traveling at 35 mph in the outside lane just as the woman driving the Dodge pulled in front of her to make the left-hand turn, Hale said. The Jeep driver was unable to stop in time to avoid the crash and struck the Dodge on the passenger’s side.

The Dodge driver’s infant was properly restrained in a rear-facing car seat on the passenger’s side of the van and was uninjured in the collision, Hale said.

“The baby was seated in a car seat behind the front passenger’s seat facing the rear,” Hale said, “which is correct for the age and size of the infant.”

The woman in the Dodge was treated at the scene for a possible arm fracture that was placed in a sling by paramedics, but declined transport to the hospital by ambulance and told officers she would go to the emergency room after she left the scene.

The driver of the Jeep complained of neck pain and was also treated at the scene, Hale said, and was being transported to the hospital by her husband.

The passenger side of the Dodge sustained extensive damage while the front of the Jeep was crushed during impact, and both vehicles were towed from the scene.

The driver of the Dodge was cited for failing to yield on a left-hand turn, the officer said. 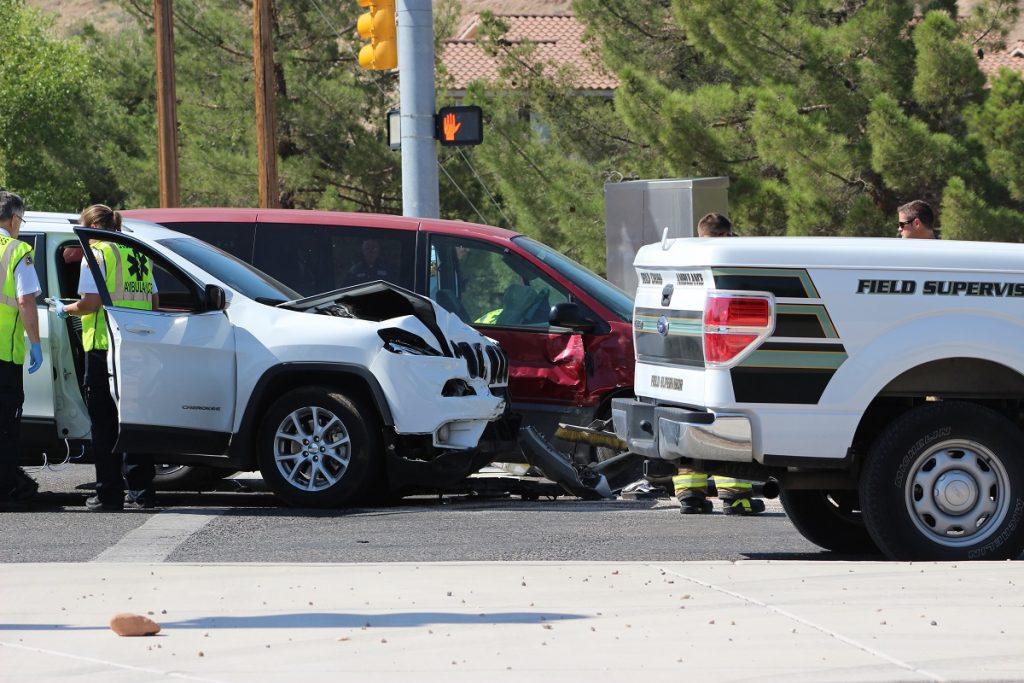 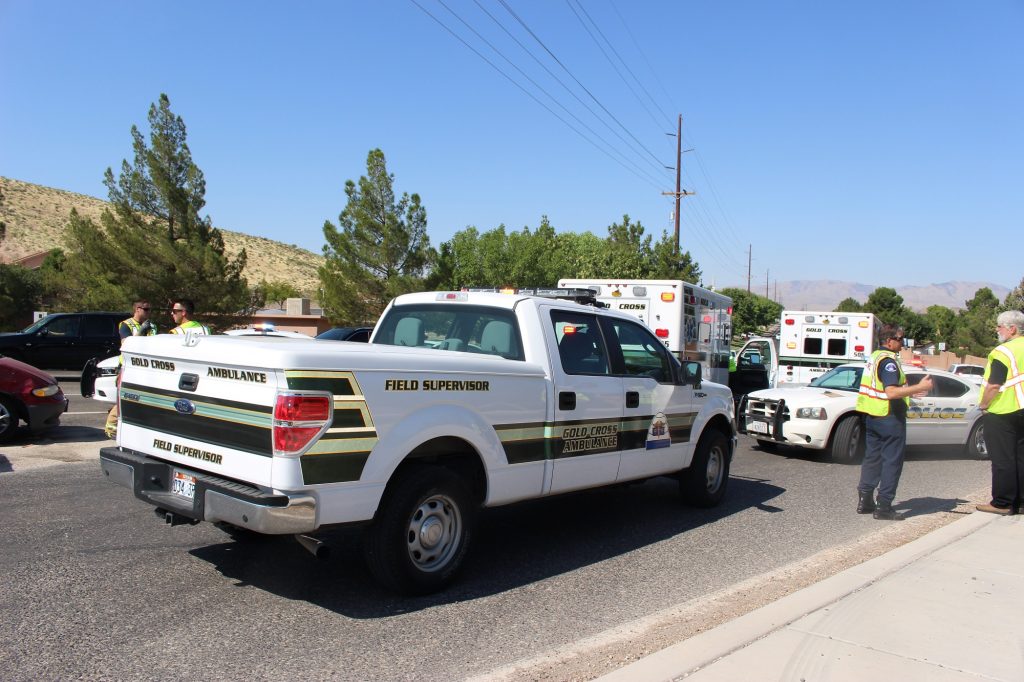 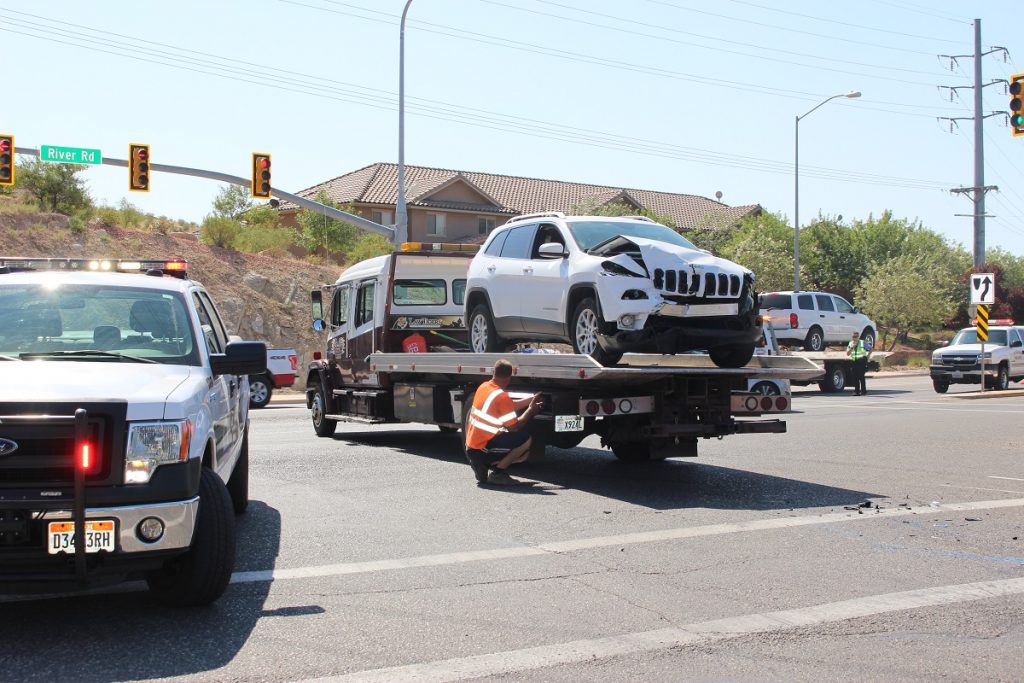 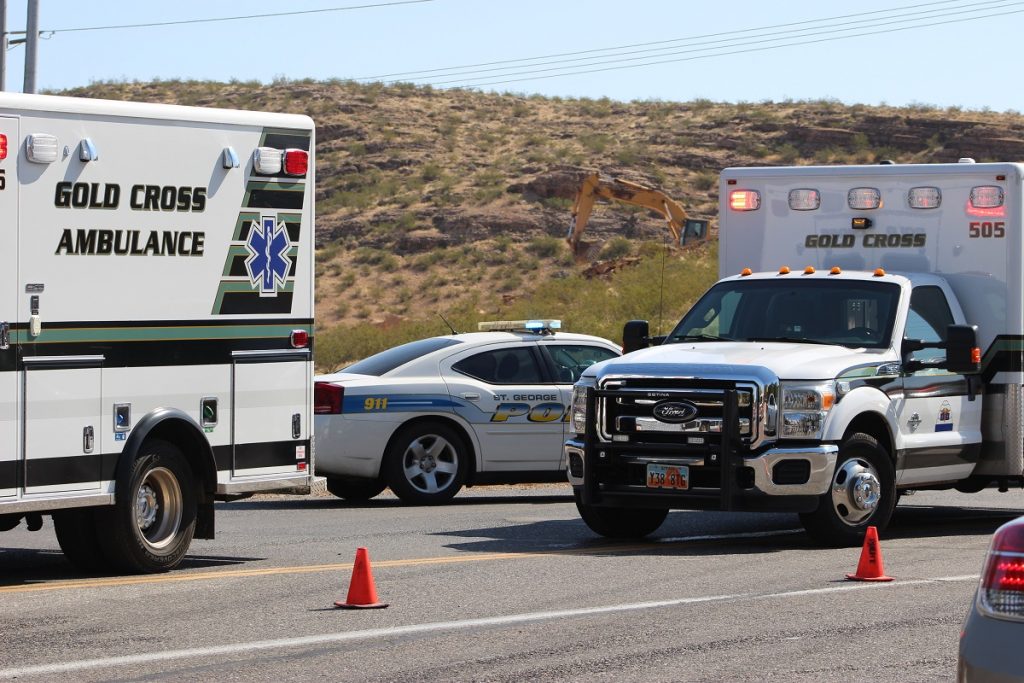 2 vehicle collision on River Road; neither at fault