ST. GEORGE — When Washington County Sheriff’s K-9 Deputy Tess and her handler responded to a request to assist local law enforcement with the apprehension of carjacking suspect Tuesday evening, Tess was shot in the line of duty and ultimately taken to Las Vegas for emergency care.

Tess, a 7-year-old Belgian Malinois, has worked as a patrol service dog for the Sheriff’s Office for just over four years.

“Tess took a bullet last night, rather than an officer,” Washington County Sheriff Cory Pulsipher said at a press conference Wednesday. “We’re praying and we’re hoping that everything turns out and that she’s not going to have any long-term effects.”

While attempting to apprehend the suspect, Tess was shot by a bullet that entered her mouth area and exited up through her neck, Pulsipher said.

The Washington County Sheriff’s Office confirmed Tess was shot twice while going after the suspect.

“She was rushed to the Emergency Veterinary Clinic in St. George where she received some emergency care to stop and control the bleeding,” Pulsipher said, “and also to get her stabilized until further evaluation.”

St. George Veterinarian Dr. Kade Farnsworth of the Red Hills Animal Hospital determined due to the injuries she sustained, Tess would require equipment that was not available in Southern Utah, Pulsipher said, adding that LifeFlight crews volunteered to do an emergency air transport for Tess to the Las Vegas Specialty Center.

“I was able to contact (Las Vegas Metropolitan Police Department’s K-9 unit) down there,” Pulsipher said, “(and) was going to ask for their assistance to actually transport her from where they landed at the airport or hospital or something over to the vet clinic. And they said, ‘We’ll do one better than that’ and they actually blocked the road on Tropicana in front of the vet clinic to get her immediate response down there.”

Las Vegas police shut down the intersection so the helicopter carrying Tess could land directly in front of the clinic, the Sheriff’s Office said.

Pulsipher noted that Tess was a “little bit” responsive with her handler Wednesday morning.

“She kind of had a little bit of attitude with the vet clinic and some of the others,” Pulsipher said. “One of the supervisors that was there with her throughout the night tried to give her commands to get her to do something and she basically just gave you that look like ‘I’m not listening to a thing you say’ so some of her personality is still there and still coming through strong.”

Dr. Farnsworth was on duty at the emergency animal clinic when Tess was brought in around 11:30 p.m. Tuesday.

He worked to stabilize Tess and stopped the bleeding from her wounds. The police dog was then moved into surgery between midnight and 12:30 a.m. The surgery concluded around 1:30 a.m., Farnsworth told St. George News.

The rest of the time was used to keep Tess stable and under pain management until she was transferred to Las Vegas.

Farnsworth related that Tess had been shot twice in the snout/jaw area, with one bullet entering through her cheek and the other through the roof of her mouth. Both bullets exited out of the back of her neck just below her skull, he said.

“She was pretty lucky,” Farnsworth said, noting if the bullets hadn’t missed her skull, Tess could have sustained brain injuries. “She was very lucky.”

Though shot in the jaw, Farnsworth said Tess retains full function of her jaw despite her injuries.

“My thoughts and prayers go out to the team and the dog and I hope she has a good recovery,” Farnsworth said.

The Washington County Sheriff’s Office provided an update Wednesday stating that Tess had been released from the Las Vegas Veterinary Specialty Center around 3 p.m.

“Tess is headed home with her handler and family where she is predicted to make a full recovery in six weeks time,” the Sheriff’s Office said.

“You know, they talk about law enforcement and that family that exists amongst law enforcement,” Pulsipher said. “There’s even a tighter-knit group of these K-9 handlers. Regardless of where they’re from (or) what agency they work with, they all pull together.”

The Sheriff’s Office expressed its gratitude to everyone involved in caring for Tess.

“The Sheriff’s Office would like to, again, extend their deepest thanks to all the first responders and veterinary staff who took part in Tess’ treatment and recovery. This was undoubtedly a team effort and each individual played a critical part in her survival.” 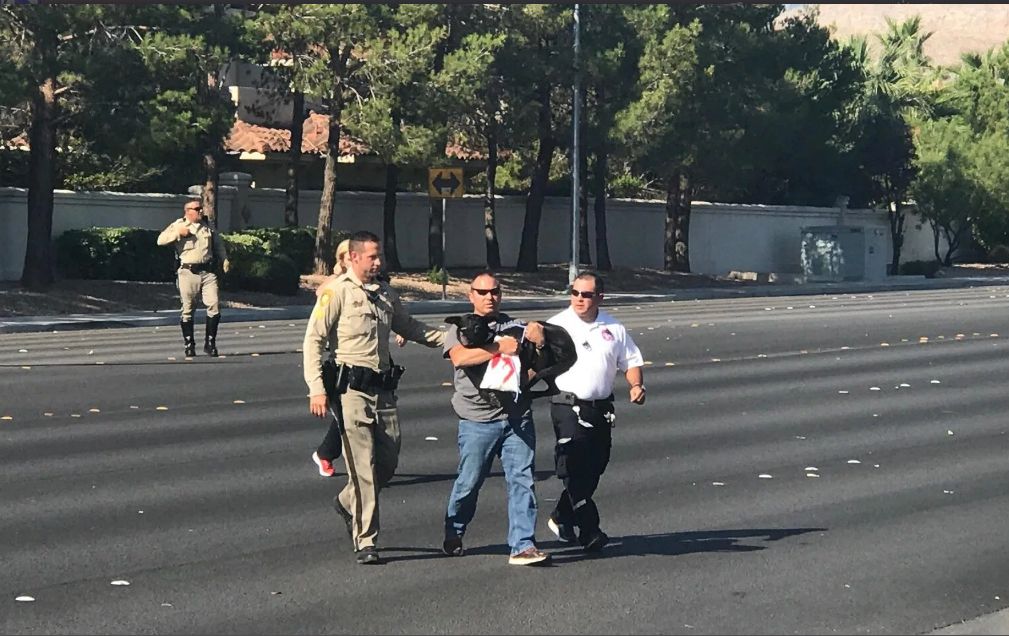 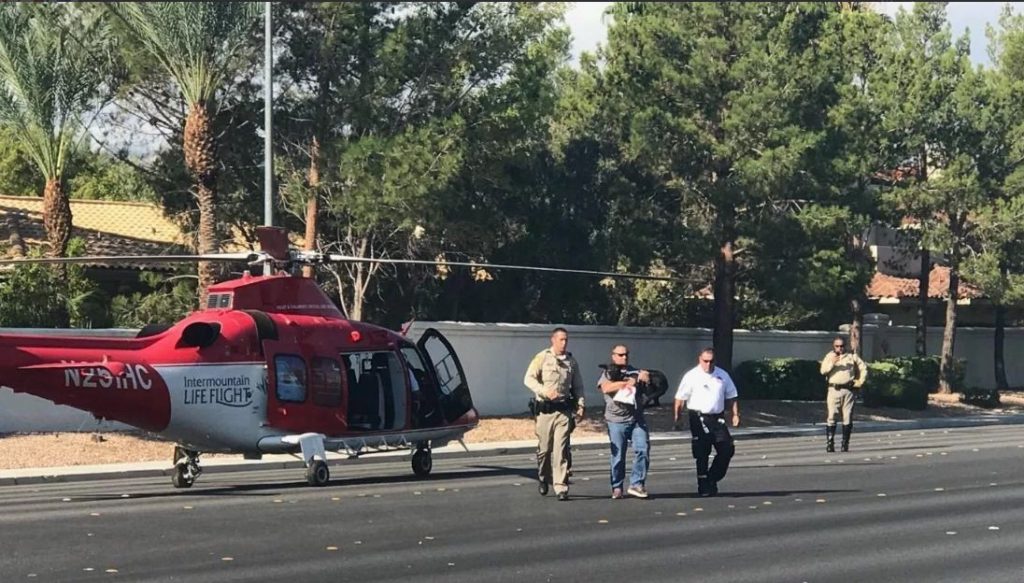 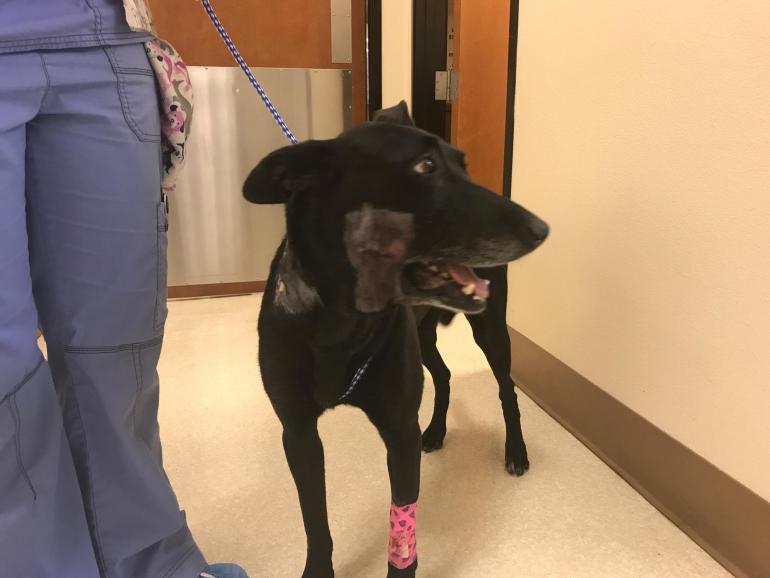 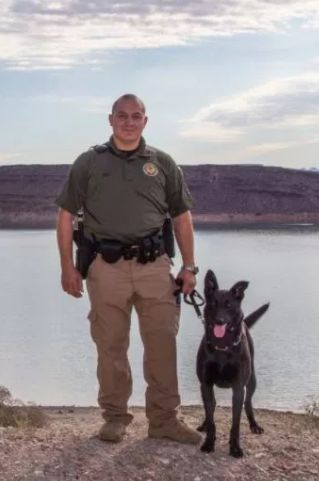 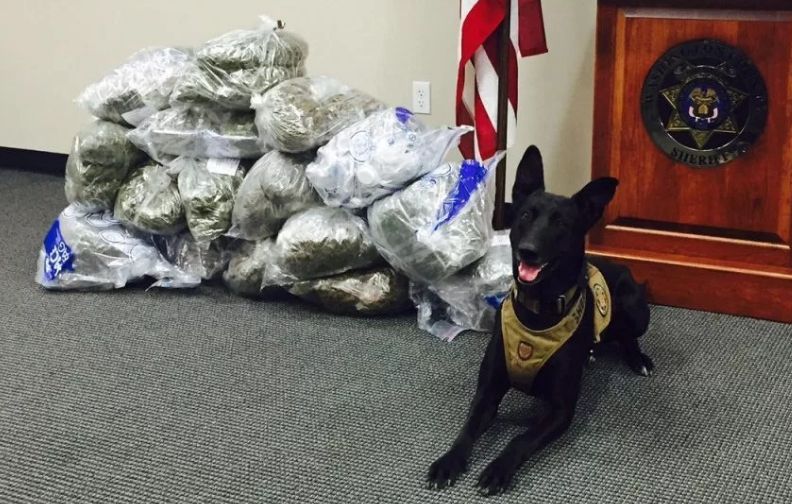 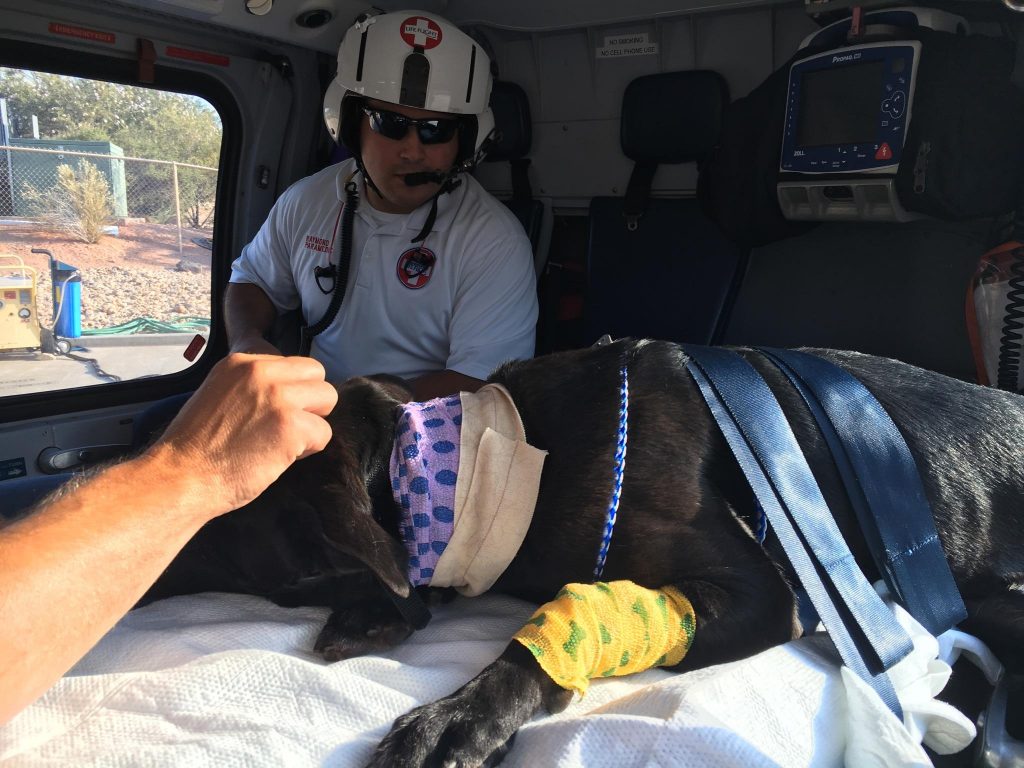 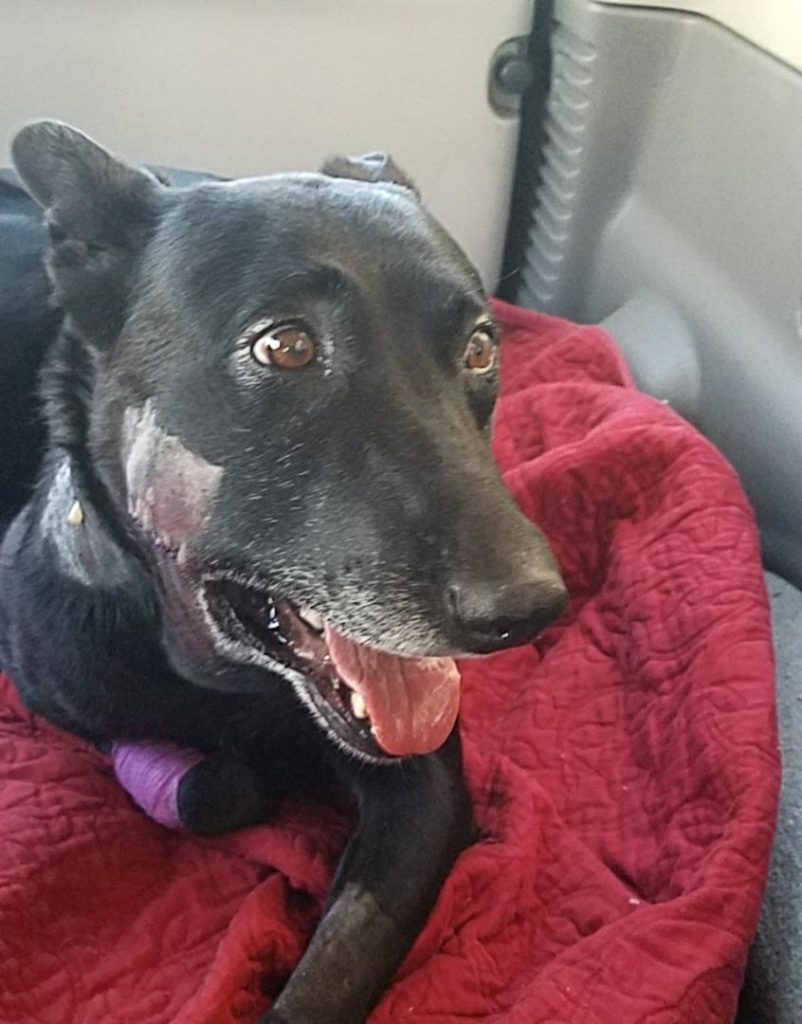