PROVO – Effective rushing from Squally Canada and Kavika Fonua, along with stingy defense, gave BYU a 20-6 victory over Portland State in the 2017 season opener Saturday at LaVell Edwards Stadium.

“It was good to get a win,” BYU head coach Kalani Sitake said. “We’re thankful to be 1-0, but there’s a lot to work on. There’s improvement needed in all three phases, but we’re looking forward to getting better.”

Freshman tight end Matt Bushman led BYU receivers with 56 yards on three receptions. Canada had a career-best 98 rushing yards on 16 attempts with a touchdown, while Fonua had 59 yards on seven carries in his first game at running back. Junior quarterback Tanner Mangum completed 16 of 27 passes for 194 yards and a touchdown.

Fred Warner led the Cougars with 10 tackles. Sione Takitakihad seven tackles, including three for loss and two sacks. Zayne Anderson had a late interception — the first of his collegiate career in his first start.

The Cougars outgained the Vikings 367 yards to 220 yards. BYU had three sacks and eight tackles for loss.

The first points of the game came via a 28-yard touchdown pass from Mangum to wide receiver Neil Pau’u with 2:01 on the clock in the first quarter. A 36-yard connection from Mangum to Bushman keyed the four-play, 64-yard drive. Rhett Almond made good on the PAT for a 7-0 lead, which the Cougars held at the end of the period.

Canada punched in a 1-yard touchdown run to cap an eight-play, 66-yard drive in the middle of the second quarter. A 33-yard pass from Mangum to Talon Shumway put BYU in striking range. BYU’s lead extended to 14-0 with 7:57 left in the half.

The Vikings closed out a 17-play, 87-yard touchdown drive with 1:54 left until halftime. Jalani Eason completed a 4-yard pass to Darnell Adams to get in the end zone. The PAT was missed to make the score 14-6 in favor of the Cougars, which stood as the teams headed into their locker rooms.

Both defenses pitched shutouts in the third quarter, as the gun sounded with BYU up 14-6. The Cougars were driving, with the ball on the Portland State 48-yard line.

Anderson picked off a pass for BYU’s first defensive takeaway late in the quarter and returned it 27 yards to the Portland State 23-yard line. Almond came on for a 35-yard attempt and kicked it down the middle for the 20-6 lead. 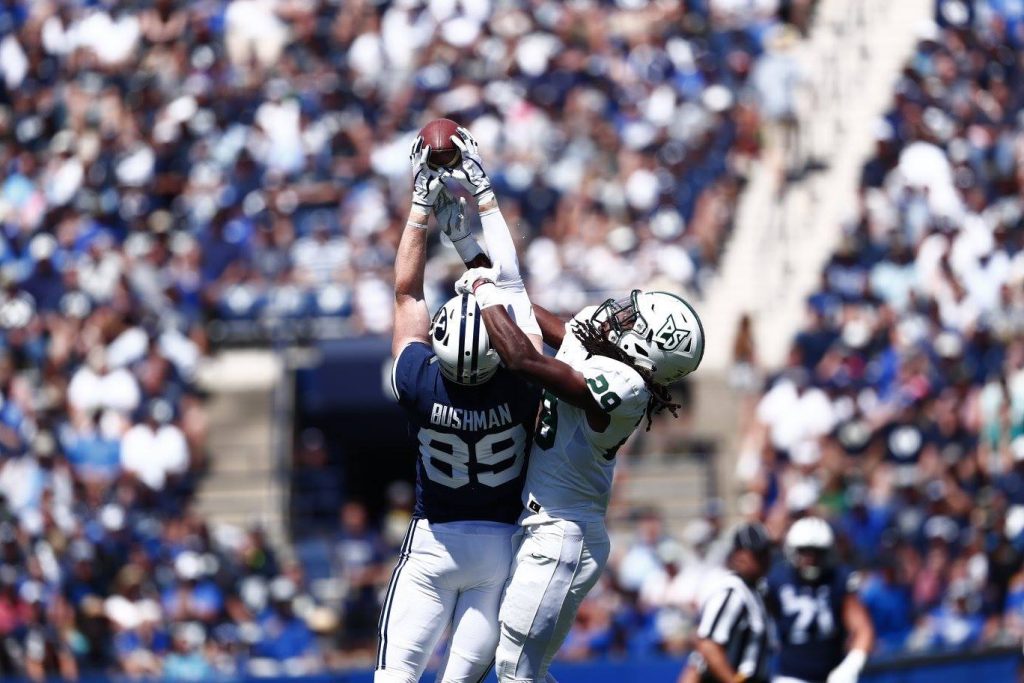 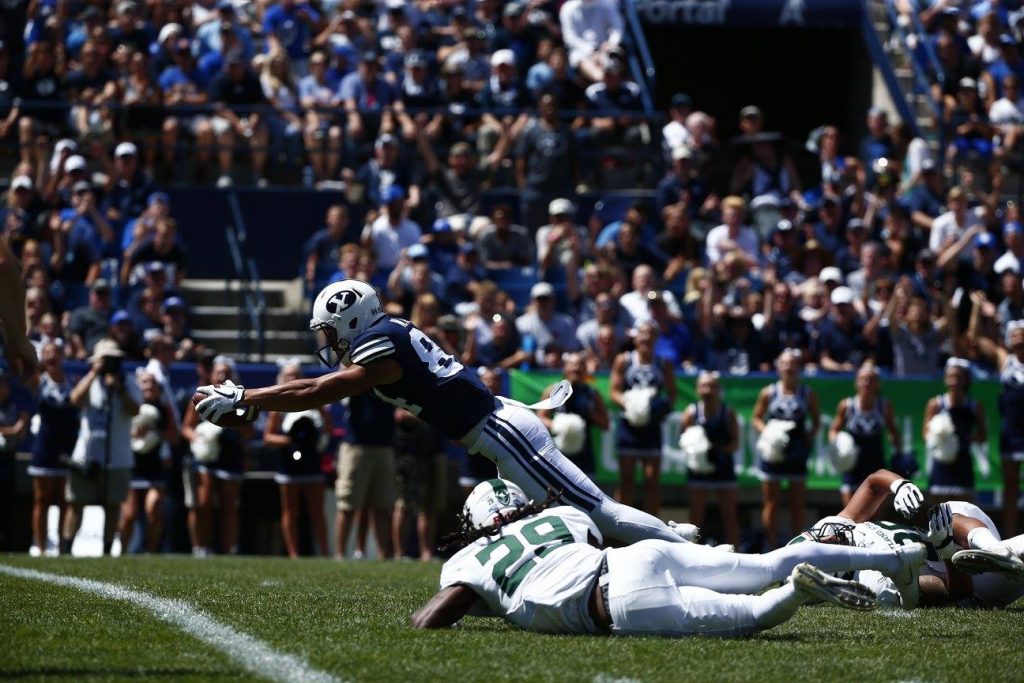 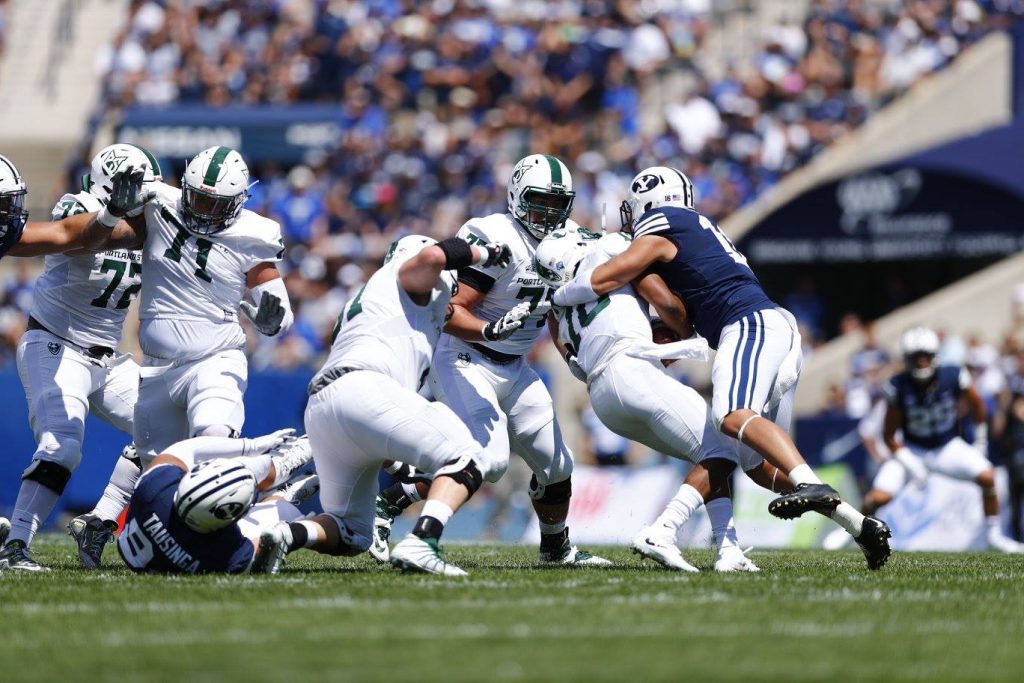 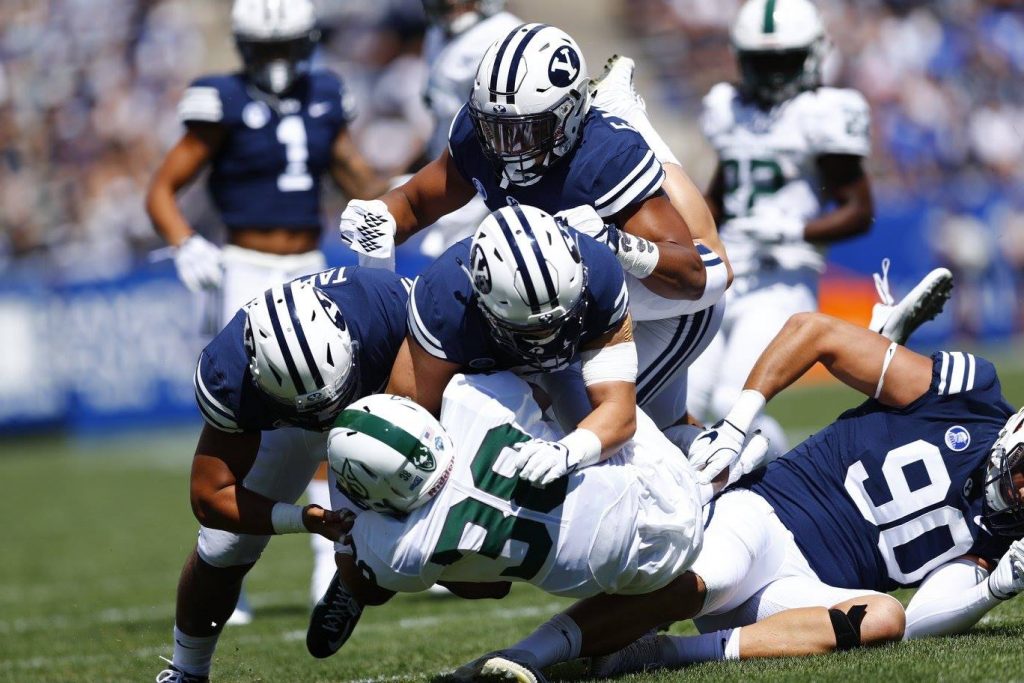 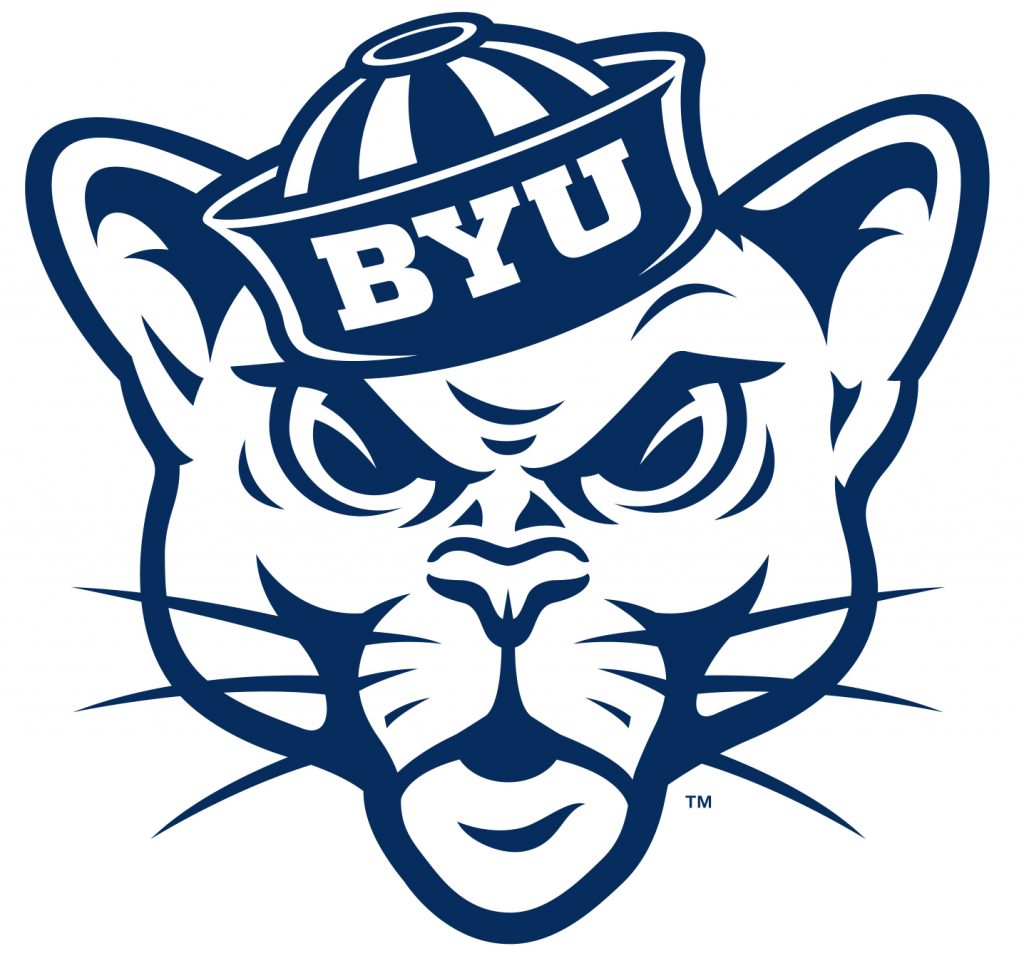