The driver of the Toyota was traveling south on River Road and said a truck pulled in front of him near the area of 3950 South, causing him to lose control of his vehicle, said St. George Police Officer Andy Mickelson.

“(The driver) said he moved to the left,” Mickelson said, “The vehicle drifted across northbound lanes, getting into an altercation with a tree, and ending up in a parking lot.”

The car apparently hit the tree, Mickelson said, sliding over a block wall and coming to rest in the parking lot about 5 feet from other cars in the lot.

“The driver was somewhat injured but was not transported,” Mickelson said. “A citation was issued for a few misdemeanor violations.”

Mickelson went on to say those violations were failure to install an interlock device, revoked driver’s license and unsafe lane travel. The vehicle was towed from the scene.

St. George Police and Fire departments responded to the scene.

This report is based on personal observation and preliminary information provided by law enforcement or other emergency responders and may not contain the full scope of findings. 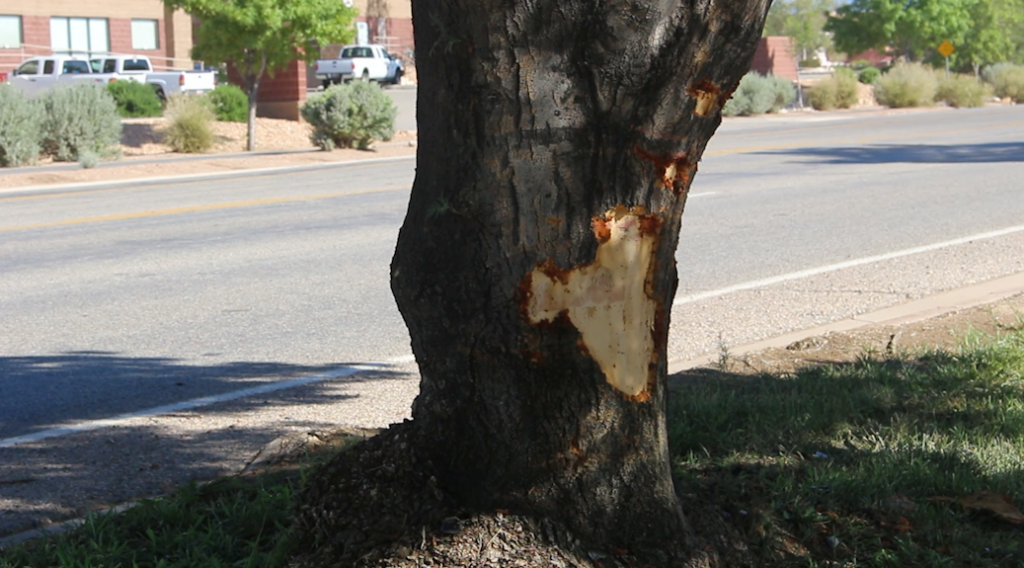 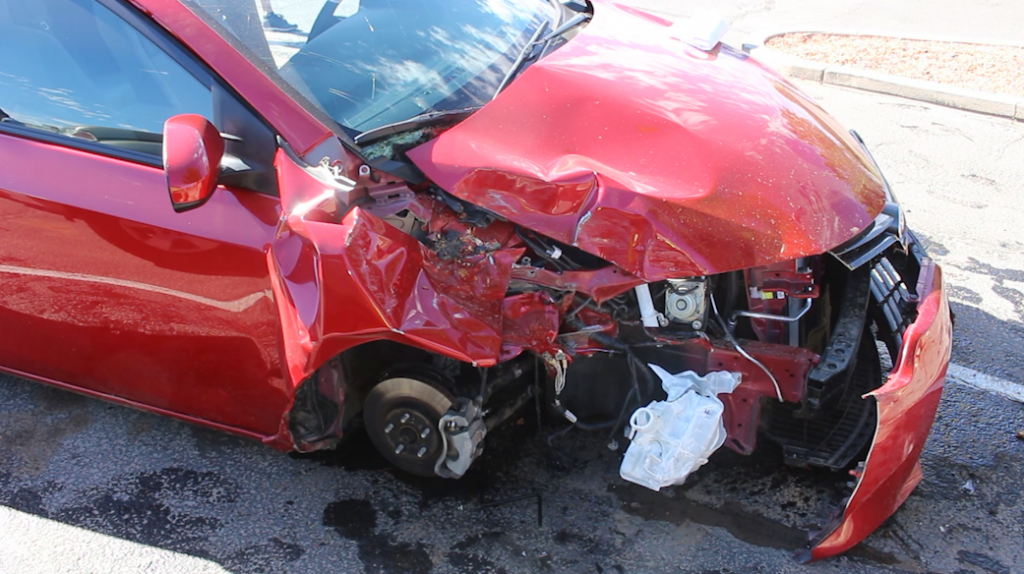 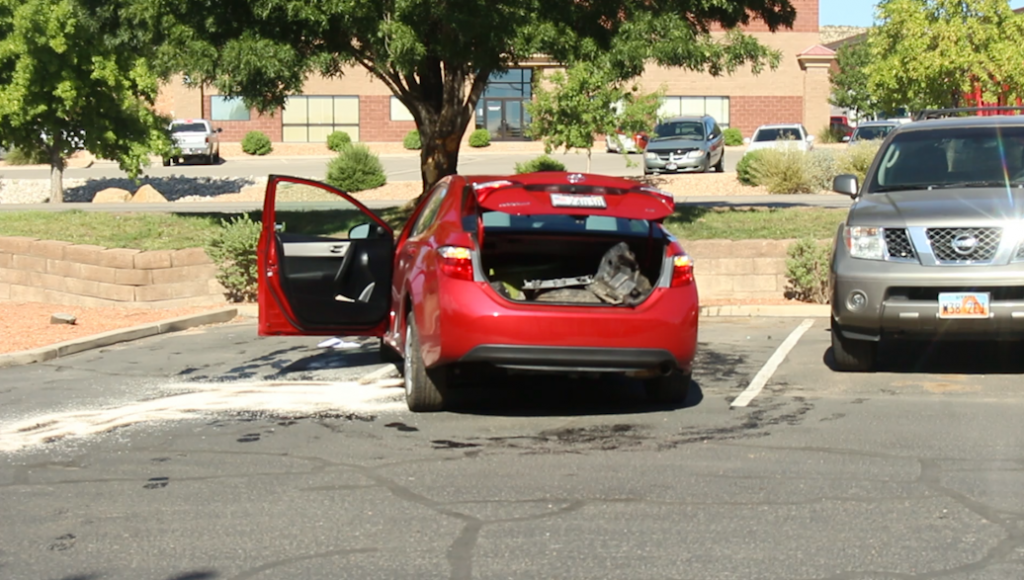 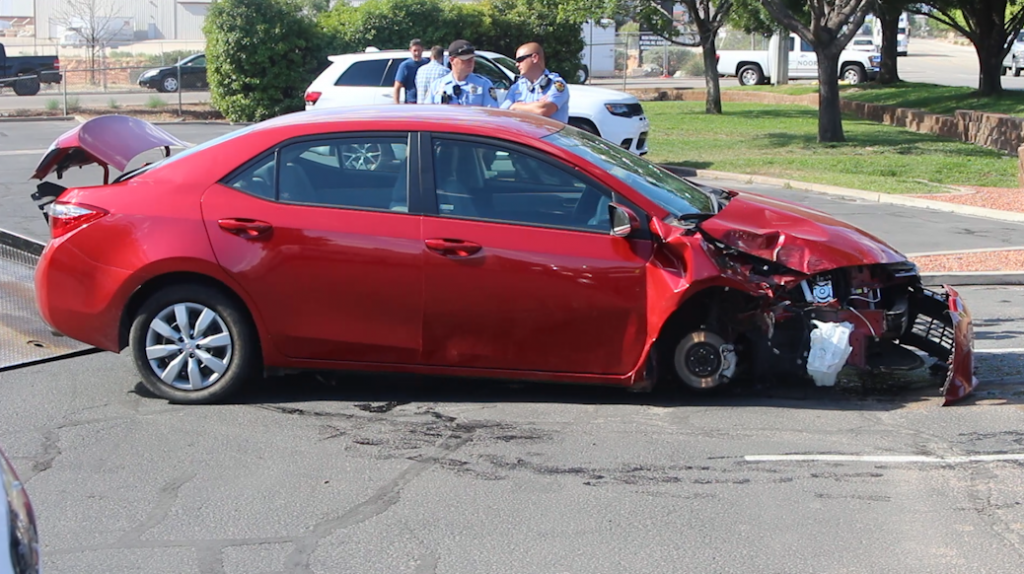 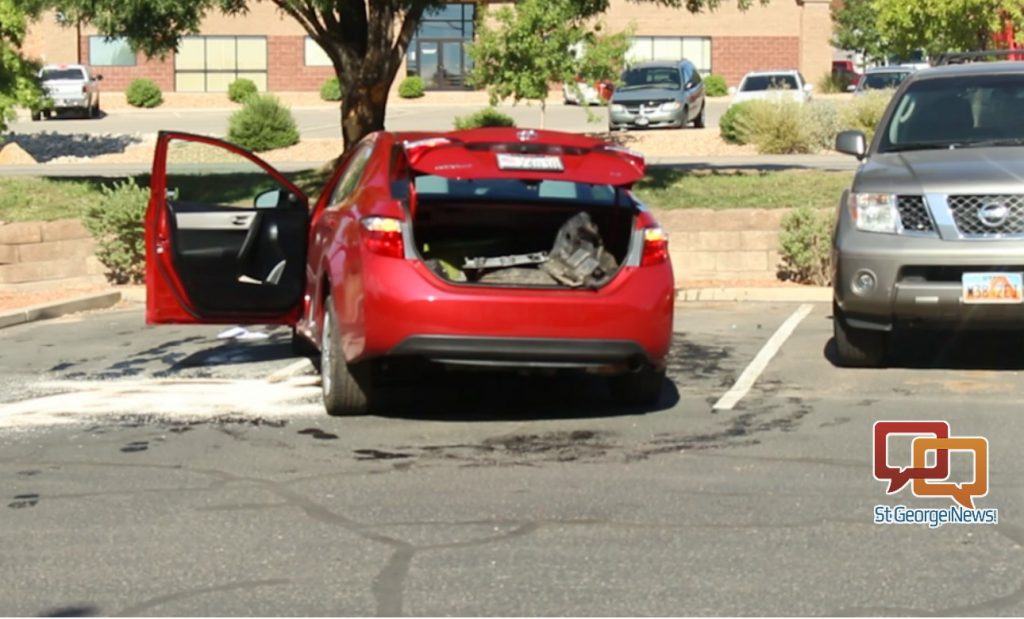